Looking for Luck on St. Patrick's Day While Still Riding the Very Turbulent Waters of This March 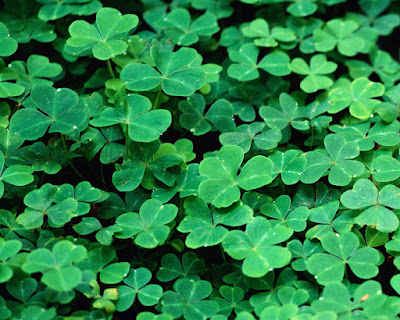 
Just a quick early afternoon update primarily just to change the lead entry / lead entry picture ...
It is a sunny, warm early afternoon with temps approaching 70F although. It is forecasted to get significantly colder over the weekend with a chance of rain, possibly mixed with snow early Sunday even in D.C. proper but with little or no accumulation. Thereafter, it will warm back up next week.
I would like to call attention to this CWG entry by Jason Samenow (link embedded): NOAA: Earth had its tenth straight record warm month in February. 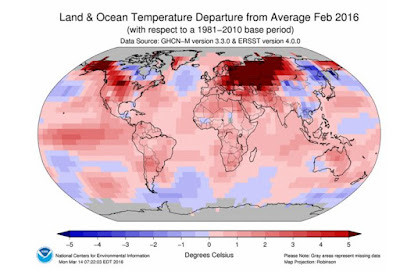 
The average planetary temperature in February was record-crushing, and, remarkably, achieved a new high for the 10th straight month, NOAA said in its temperature report, released today.
The temperature in February breezed by the previous record high set in February 2015 by 0.33 degrees Celsius.
After NASA's report that February's temperature deviated from normal more than any month on record, it comes as no surprise that NOAA independently reached the same conclusion.
[The planet had its biggest temperature spike in modern history in February]
The global temperature was 1.21 degrees Celsius (2.18 degrees Fahrenheit) above the 20th century average, 0.09 degrees C above the previous highest departure in December 2015, NOAA said.
"The departures are what we would consider astronomical," NOAA climate scientist Jessica Blunden told the Associated Press. 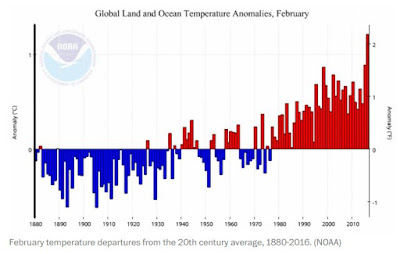 Averaged over the globe, recent months mark an unprecedented warm period in modern history...
The December-February period was, by far, warmest on record: 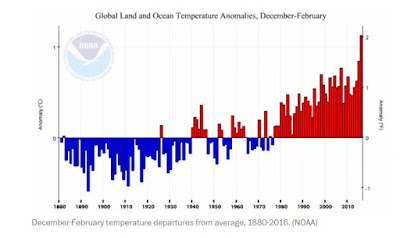 
The situation with the company remains perilous with a high risk of outright insolvency / dissolution. However, I *think* we are getting paid tomorrow on time. 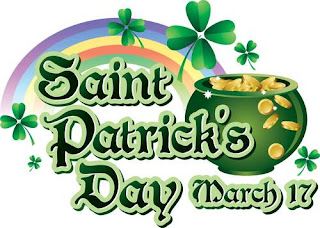 The company really needs some luck, if not (n actual) pot of gold at the end of some rainbow.


Yesterday, I worked from home because of the unprecedented system-wide Metro closure, although I took the bulk of the afternoon off and had a good multi-part gym workout at the YMCA (i.e., jog, weightlifting, core exercises, and swim).
Metro resumed normal operations today -- or as normal as it functions nowadays.
I'd like to post some links to some political-themed articles but now is not really the time for that. It remains an extraordinary political year. 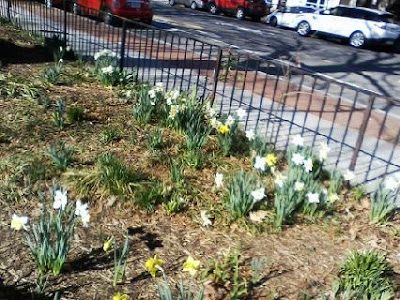 
I received another batch of Crazy Chris text messages in the wee hours (which I did not see until morning). This brings the total to 23 since this started just after midnight Wednesday. I'm keeping a file with all of them.
After work this evening (it being a non-gym night), I am meeting Andrea either at Old Ebbitt or Post Pub and then I'll go to Trade for an hour or so.
That's all for now. My next planned update will be Friday evening.
--Regulus