Let's continue the smooth and mellow pace ...
"Songbird" by Kenny G from his album Duotones (1986)
I really loved this piece when I was in high school. (It was quite a popular hit, especially for an instrumental, back then.) This particular YouTube version has some really lovely scenic stills in it.
*******

By the way, I would like to note that I found a new internet radio station to which I can listen while at work (in particular when doing writing and/or editing).

The station is called AccuRadio and it features (as I count it) 57 genres of music -- within which are varying numbers of individual channels (anywhere from several to dozens).

This appears to be a larger radio station in terms of content than the RadioTunes internet radio station to which I've been occasionally listening for over a year (and which regularly causes my browser to freeze up (even with Chrome) because Shockwave (or Shockwave Flash) crashes repeatedly.


I typically listen to smooth jazz channels, although this AccuRadio has in its general jazz genre individual channels for each decade from the 1920s and '30s to the 2010s. Also, for each song, it tells you the album and year as well as the artist and song title.
As with Radio Tunes, you have to register, but it's free. If you don't have a premium account (at charge, which I do not), there are occasional commercial breaks (every 10 to 15 minutes), but I just take out the ear buds.
I mention this in this Jukebox Saturday Night entry because this past week, I was able to find a number of potential nice smooth jazz pieces to post here.
*******

Let's continue with the smooth music but in a different genre ...
"Tin Man" by America from the group's Holiday album (1974)
The lyrics to this song are quite odd but apparently were inspired by the Tin Woodman (a.k.a., the Tin Man) from The Wizard of Oz, or so says the Keeper of All Knowledge. 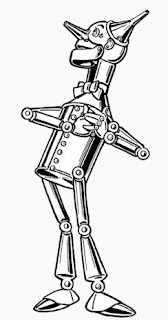 But Oz never did give nothing to the Tin Man/
That he didn't, didn't already have/
And Cause never was the reason for the evening/
Or the tropic of Sir Galahad.


And let's end with something more Saturday night energetic ...

"Poker Face" by Lady Gaga from her debut album The Fame (2008)
This is curious and borderline orgiastic video (involving, yes, young, hot, gyrating people playing strip poker), but I wouldn't expect anything less from her. However, I don't quite get what the two Great Danes are supposed to symbolize.
OK, that's all for now. Please see my previous entry for a general update.
I'm heading out now to Floriana and then Trade. My next planned post will be late Monday/early Tuesday.
--Regulus
Posted by Regulus at 10:20 PM