Let's start out with a really nice song by the great Dinah Shore ...
"Stardust" (or "Star Dust"?) as sung by Dinah Shore performing with Paul Laval (Lavalle) and His Woodwindy Ten of NBC's Chamber Music Society Of Lower Basin Street (recorded August 1941)**
"Stardust" was composed in 1927 by Hoagy Carmichael with lyrics by Mitchell Parish added in 1929. Artists too numerous to list have covered this song including this version by Dinah Shore. 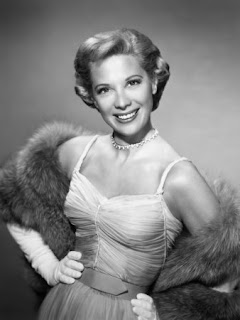 **I heard Shore's version on Bryan Wright's Shellac Stack No. 65 internet radio show and podcast. That is where I got the recording info from.

I also discovered while listening to this particular show that both Dinah Shore and Jimmy Dorsey were born on Feb. 29th (1916 and 1904, respectively).


This adds two more famous individuals (artists or otherwise) to the (short) list that I referenced in my 2016 Leap Year Day entry. (OK, I'm not sure that Ja Rule is famous. Tony Robbins certainly is.)
******


Let's end with this wonderful song by the great Annie Lennox (it has been a while since I featured anything from her) ...
"Walking on Broken Glass" by Annie Lennox from her Diva album (1992)
I love this song including the lyrics. (Indeed, it was once one of my favorites.) It's one heck of a video, too, that accompanied the song.
And with that, I shall sign off for now.
Peace.