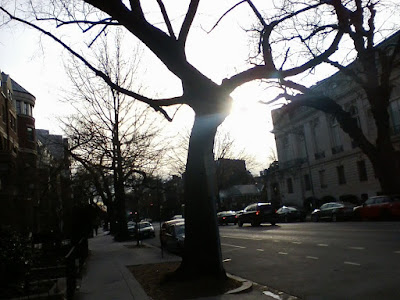 
OK, I'm going to try to post (in a subsequent entry) the political-themed blog entry I had planned regarding Donald Trump (and some other stuff) even though it is already 11:30PM at night and I don't have any topically-related pictures.
This entry is just a brief update ...
I'm back from the gym on this cold, still mid-February night somewhere here in the Northwest quadrant of Washington, D.C., Seat of the Late-Stage American Empire. It was a good multi-part workout (6-1/2 mile treadmill jog, weightlifting, some core workout, and a swim), and it made up for last night's excess (see below).
My work day was fine, although I felt awful in the morning and early afternoon as I was still hung over. I finally got into a particular project (for the DOE client) that I suspect is not going get very far because of the nature of it and limited time, budget, and personnel, but at least I'm starting to move on it.
Oh, and I really do like our new Rosslyn office. It is a lot better than the L'Enfant Plaza one. 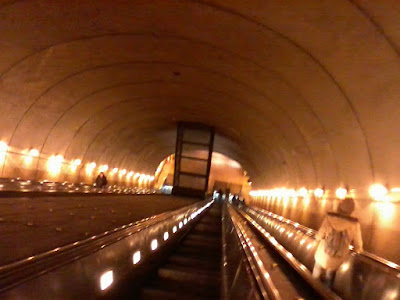 
Last night, I left work late (around 815PM owing to the computer issue I mentioned in my previous entry) and took the Metro from Rosslyn to McPherson Square, whence I walked to Trade.
After one large vodka soda, I walked over to Larry's Lounge (where I've not been in a while). I went because Gary and Kristof were both there. We don't all hang out as a trio much anymore -- indeed, it is quite rare these days.
Things were fine there, although I had too much to drink and with no dinner, it was compounded. Somehow it was suddenly 11PM or later and Jamie showed up from Floriana and the next thing I know, I was talking to him and he bought be a drink.
I vaguely recall walking the short way home by about 12:30AM. So that was my night.
Today's Pearls Before Swine ...

Ha ha. Stephan Pastis is messed up, but in a good way.
Click on image for larger version.
*******


For tomorrow, after work I need to go to the Columbia Heights Target for a toiletry items bulk purchase run (not to mention new socks). Tomorrow night, I'll probably go to my usual two or three places. I'll try to update the blog but it might not be until Saturday night.
OK, let's see if I can get that other entry posted. I also still need to make dinner and not get to bed crazy late (i.e., after 2:30AM).
Updated 12:28AM 2/19/2016: I've changed my mind -- I'll try to post that entry after work tomorrow. I just don't have the time tonight to do so.
End of update and of entry.
--Regulus
Posted by Regulus at 11:55 PM