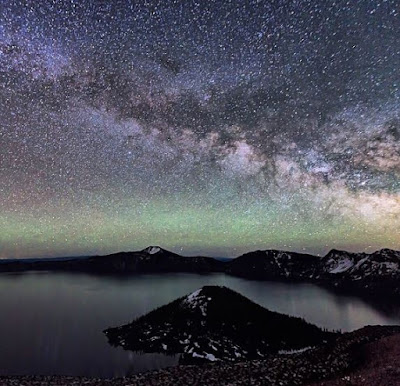 The Milky Way in an incredibly starry sky as seen over Crater Lake, Oregon, on April 28, 2015. Photograph taken by Sankar Salvady.
*******


Well, I was going to write a whole entry tonight -- including going off on a rant about the late Antonin Scalia. Specifically, a rant on how Scalia left the world a much worse place, not to mention why when the likes of legal stooge-bot Wall-P and the Washington Consensus's "Deep State" legal mascot praise and worship Scalia's alleged "genius," it is profoundly morally wrong on so many levels.
However, it is late, I'm tired (back from the gym where I had a good workout), and I have to get up a bit earlier than usual for work tomorrow because there is yet another plumbing work-related scheduled water outage in the building.
My goal is to be in bed by 1230AM 1AM and it is already midnight as I start this entry. 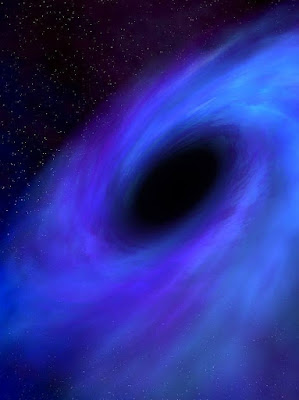 That being the case, I'm just going to briefly note a fascinating study by physicists from the University of Cambridge and Queen Mary University of London were able to demonstrate using a supercomputer called COSMOS that a black hole existing in a Universe with five or more dimensions can take the form of a ring so thin that tiny bits of it break off -- essentially, miniature black holes -- that are naked singularities.


That is, they are black holes with no event horizons. This breaks the rule of "cosmic censorship" -- i.e., there can be no naked singularities in our four-dimensional Universe but instead must exist behind an event horizon.
To be clear, this is a theoretical construct for a black hole existing in five dimensional or higher space (as string theory posits).
While just a theoretical construct for purposes of this study, the consequences of this are profoundly disturbing yet(given the theoretical nature of the assumptions) inherently problematic: Einstein's general theory of relativity breaks down in higher dimensions. 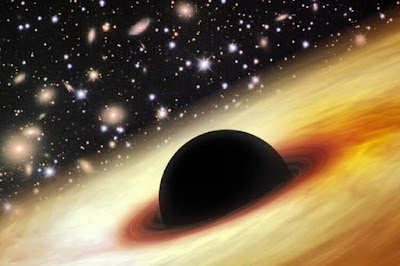 This study raises far more questions than it answers and as co-author Saran Tunyasuvunakool stated in the Cambridge University press release:
"The better we get at simulating Einstein's theory of gravity in higher dimensions, the easier it will be for us to help with advancing new computational techniques -- we're pushing the limits of what you can do on a computer when it comes to Einstein's theory," said Tunyasuvunakool. "But if cosmic censorship doesn't hold in higher dimensions, then maybe we need to look at what’s so special about a four-dimensional universe that means it does hold." 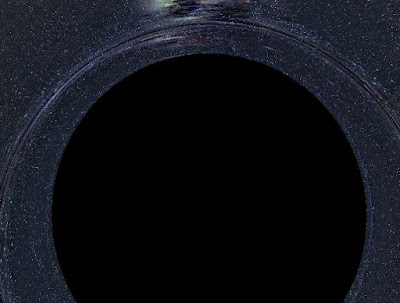 Artist's conception of what one would see nearing a Reissner-Nordström black hole.
*******


The release concludes as follows: The cosmic censorship conjecture is widely expected to be true in our four-dimensional universe, but should it be disproved, an alternative way of explaining the universe would then need to be identified. One possibility is quantum gravity, which approximates Einstein's equations far away from a singularity, but also provides a description of new physics close to the singularity.
Here is the Cambridge University release (link embedded): Five-dimensional black hole could 'break' general relativity.
The study appears in Physical Review Letters, Vol. 116, Issue 7 (Feb. 19, 2016): End Point of Black Ring Instabilities and the Weak Cosmic Censorship Conjecture. (Only the abstract is publicly available. The rest is behind a pay wall.)
Finally, here is the Gizmag article whence I discovered the finding. The comments are interesting (and all over the map). 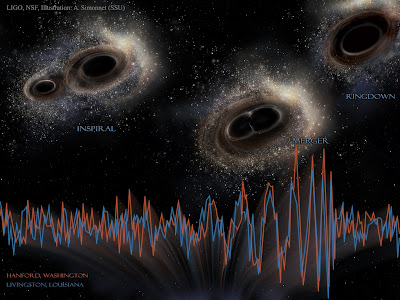 A schematic representation of two black holes merging as detected by the twin LIGO arrays last September. The laser interferometry pattern over 0.3 seconds -- nearly identical at the Livingston, La., and Hanford, Wash., detectors but offset by milliseconds -- is thought to have been created by nothing less than distortions in space-time itself: i.e., the gravitational waves from such a merger.
Source: Feb. 11, 2016 APOD. Click on image for much larger version.
I only referenced this historic finding but never posted a deeper dive into it.
*******


OK, that's all for now. I'm probably not taking the computer home tomorrow night, and -- per my previous entry -- if I don't go to the gym until Thursday, my next update might not be for a few days.
Oh, yes, I'll post something on the "outer spacey music" heard by the Apollo 10 astronauts while passing the far ("dark") side of the Moon in May 1969 in a subsequent entry. That's definitely worth an entry.
--Regulus
Posted by Regulus at 1:03 AM