In Lieu of My Planned Entry, the Briefest of Late Night Updates ... 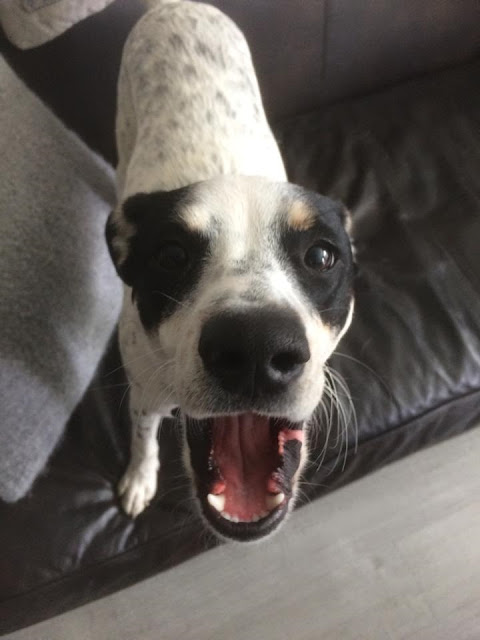 Chris T's dog Finn at home in his suburban Atlanta abode, February 16, 2016.
That's called a Smartphone, Finn, and it's this strange device to which humans are enslaved, but it does take nice pictures ...
*******


OK, I started an entry tonight but it quickly spiraled out of control in terms of complexity of topic -- namely, various takes on the remarkable Republican presidential candidate debate in South Carolina held Saturday night (and which, like all these debates, I sedulously avoided for my own mental sanity) because of Donald Trump's performance.
I will try to post that entry later this Wednesday (after work).
In the meantime, and as the briefest of updates, I had a decent work day and went to the gym tonight where I had a decent workout despite the fact it was a second consecutive day. I came home, made and ate dinner, and then started this blogging. However, I need to go to bed now.

I am not going to the gym tomorrow but will do my post-work bar thing. I was going to go to one of my current favorite spots to get dinner (if only to use my credit card in its maiden charge), but (and this gets back to my debate avoidance strategy) I suspect the scheduled GOP "town hall" will be on the television, and I just don't want to ... can't ... watch it.
OK, that's all for now.