Welcome to 2016: Recap of My New Year's Eve Doings, Regional Weather Summary, & Thoughts on the Upcoming Year -- All Interspersed With Celebratory NYE Pics Around the World 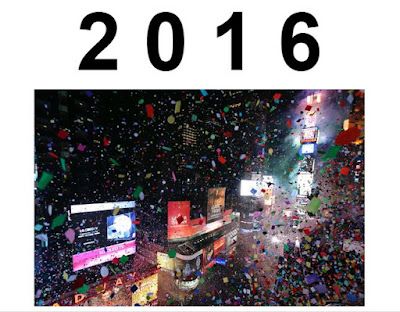 
This entry is an overview of my New Year's Eve, a weather discussion, and some thoughts on the year ahead. It contains a few pictures that I took on New Year's Eve but mostly images from this Huffington Post article chronicling New Year's Eve 2016 images from the world's more iconic city locations: New York, Hong Kong, Sydney, Singapore, Taipei, etc., that always ring in the New Year in pyrotechnical and LED extravaganzas. 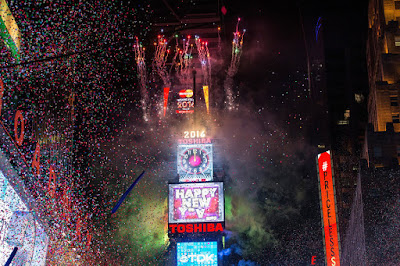 NEVER, EVER included in these locations is frickin' Washington, D.C. It does nothing official celebratory on New Year's Eve, and instead it simply features lots of drunken young people in bars and clubs. The only and deeply pathetic attempt was in 2000, but let's not revisit that topic.
This is a strange sort of New Year's Day in that it falls on a Friday -- so that there is now an extended weekend ahead. But I can't imagine a lot of people will be out tonight after a night such as New Year's Eve. 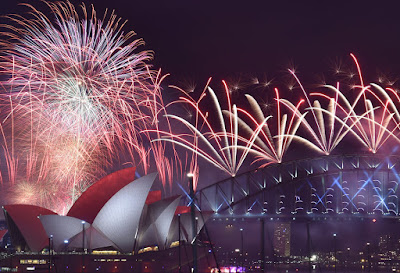 
I'm really just now (around 330PM) getting started as I actually slept the better part of the past 12 hours as I was had a lot to drink last night and I had a significant sleep deficit from the past week. Between all the sleep and at least three trips to l'occupado, I feel so much better. 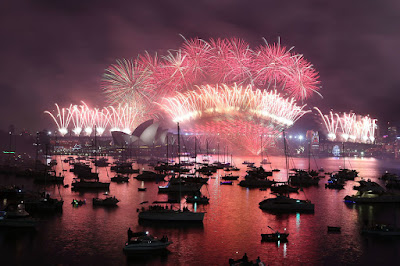 Fireworks launched from the Sydney Harbour Bridge, New Year's Eve, 2016. Few cities rival Sydney's spectacular New Year's Eve display (and those that do are all in the Far East).
*******


Ideally, I would go to the gym today, but I'm instead going to go, as I typically do, on Saturday (tomorrow) afternoon. (I usually take off Fridays from the gym anyway.) 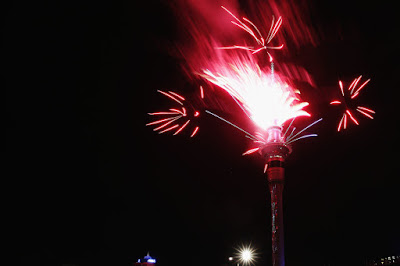 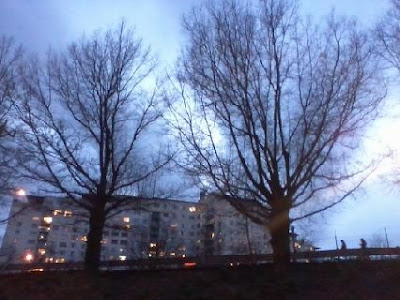 
As for last night, it was on balance quite good and fun, except for the fact that I overspent and excluding one bad mood episode that really didn't involve anyone else as an object of that or a source of arguments (something at which I have always exceled even if the long-term trend in that has been downward).
I took the Metro to Rockville and met DD and his wife C. outside Thai Pavilion restaurant at Rockville Town Square. 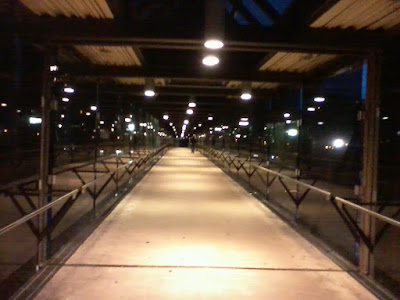 
The annual ice skating rink was set up in the town square -- which surprised me, given the record warmth of late -- but it was there and busy with scores of skaters on the ice of varying skill. The crowd was heavy with teenagers, which I think is a good thing (as opposed to them smoking pot or sniffing glue or doing whatever it is that teenagers do nowadays). 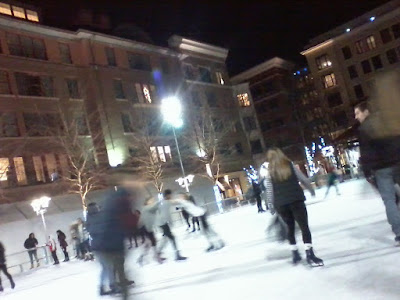 
DD and C brought there two young children (a boy and a girl, 8 and 2 years old). This is the fourth year in a row that DD and his family and I have had NYE dinner together in Rockville, although last year C. could make it because one of the children was sick.
We had very nice dinner and then afterward, C. insisted that DD. and I go out for a drink, which we definitely did. DD and I went to American Tap Room.We stayed for an hour or so there and had a very nice conservations and drinks. I had too many. 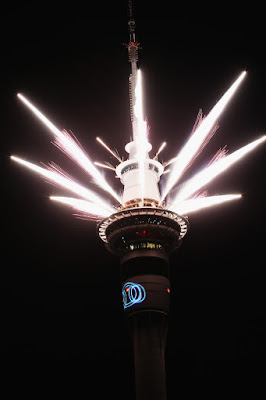 Close-up of the fireworks being launche d from the Auckland Sky Tower in Auckland, New Zealand, New Year's Eve, Jan. 1, 2016.

To be clear, I was not there for New Year's Eve...


I headed over to the Metro -- racing up the escalator to catch one -- and went back into D.C. The car I was on was crowded with young NYE revelers. I couldn't tell their ages but late teens or early 20s. Interestingly, there appeared to be a young gay couple just hanging out with straight friends for the night.
I was going to head over to Jake and Matt's place in Ballston for a NYE party there but I was already quite inebriated and tired and Andrea indicated by text that she would be leaving. So instead, I got off at Dupont Circle. 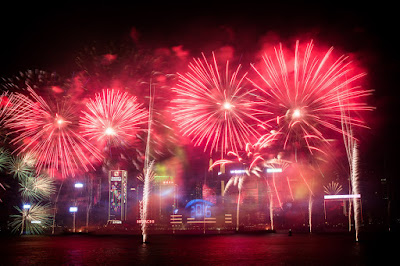 
It was here that my mood really deteriorated, and I headed over to the Safeway to get some food. For some reason, I was again really hungry even after dinner. On the walk home, I met up by chance with my next-building-over neighbor and friend from the gym, Fred, and his partner, who were walking home. 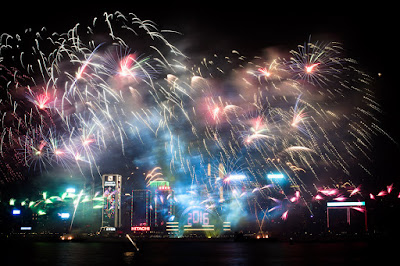 
I was in a rotten mood complaining about everything. I got home around 1045PM (quickly sent a text apology to them) and then regrouped. By 1130, I headed back out. Brian had texted me and we arranged to meet at Larry's Lounge. 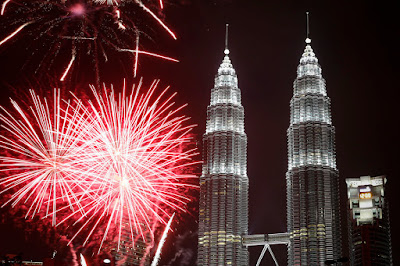 
When I got there, the place was packed, Kristof and Dilshan were there along with Gloria. Brian soon showed up and the whole night ended up quite fun. I walked back to 16th Street with K. and D. by about 230AM and got home.
All in all, a good night and good New Year's Eve.
******* 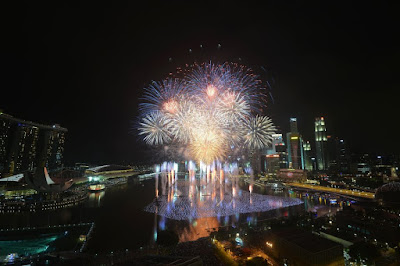 
The Weather: December and Annual Recap
The weather today has been mostly cloudy-to-overcast and with slightly above normal temperatures (when aren't they slightly-to-ridiculously above normal these days??)
Preliminarily, it looks as though highs reached 47F at KDCA, 45F at KBWI, 43F at KIAD, and 44F at KDMH.
We wrapped up the warmest December on record and it wasn't even close: 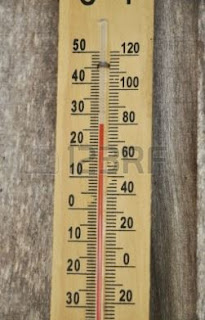 
While the top-ranked numbers are nearly the same as those that I posted yesterday for the first 30 days of December (only KIAD clicked up 0.1F), the #2 and #3 rankings -- esp. for KDCA and KBWI -- are quite different.
I'm not really sure why since adding in a single day shouldn't change the averages that much. It could be that 's numbers, which I got from an earlier Sterling (LWX) area forecast discussion, were just in error.
I'm going to assume these numbers here are all correct, but I'll note any subsequent corrections. 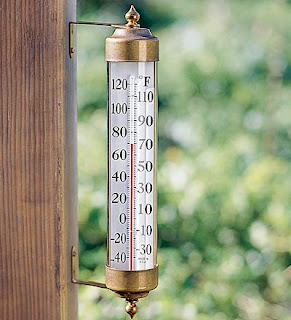 Anyway, what this means that Dec. 2015 so far is the warmest December by a massive 5.6F at KDCA, 3.0F at KBWI, and a giant 5.4F. (I suspect that the only reason KBWI isn't higher is because the BWI Airport period record since 1950 is vying against the warmer downtown Baltimore U.S. Custom House period.) 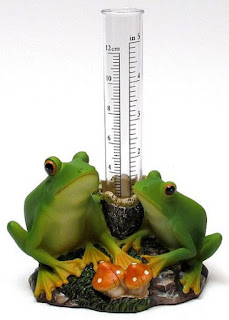 
Averages are for the 1971 - 2010 base period except for KDMH (Maryland Science Center), which came online circa 1987.
Beyond this area, places such as Buffalo, Boston, and New York City were also wildly above normal with record December warmth: 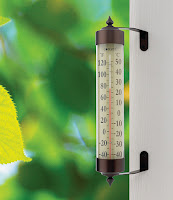 Globally, 2015 was certainly the warmest year on record no matter how you measure it although the NOAA and NASA numbers are not yet out.


The extended range models show more seasonal winter weather with systems that could bring a mix of precipitation to the region between now and mid-January. (That, almost certainly, means rain at National Airport and around Dupont Circle.)
******* 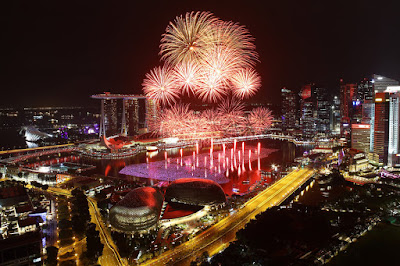 
Looking ahead,I really don't know what 2016 is going to hold for me or for the world. For me, I would anticipate more of the same as in 2015 with my job, gym routine, social life, etc., but who knows. Things can change abruptly. 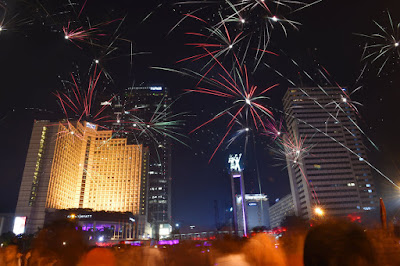 
I will attempt in May to exercise my final student loan forbearance option year (a general one).  On this topic, I discovered that the PAYE option has just been extended to include the REPAYE option -- capping payments at 10 percent of after-tax income -- but that still works out, I calculate, to $403 per month at my current AGI and it is for a full 25 years, not 10 or 15 or 20 as in other options. (I would need a public servant or non-profit job of some sort to qualify for the 10-years.) More information available here. 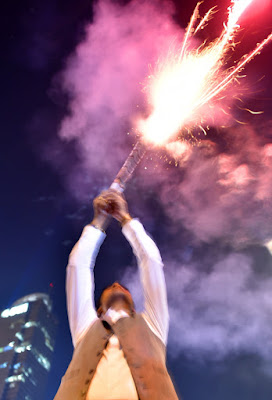 Recall that I owe over a quarter of a million dollars and it rises all the time as I never actually pay it. (It's my only actual debt other than a personal one to LP and a small amount to Gary for the upcoming Buffalo trip.)


I may try to get a credit card for the first time in 8 years. Bank of America and others are constantly offering me deals. I guess that means my credit score has naturally crept up from its "F" rating back in the 2009 - 2012 period.
There are wild cards of course and the biggest worry is Ray's health. 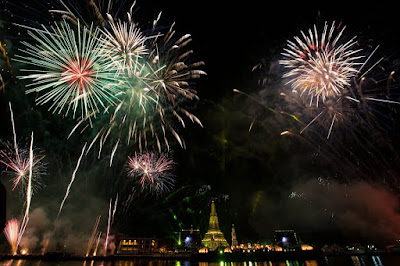 
In terms of world events, things will continue, of course, to be terrible and awful, especially in the Middle East and with the refugee crisis in Europe.
The U.S. presidential campaign including the primaries and the general election promises to be a uniquely and horribly awful American Experience. 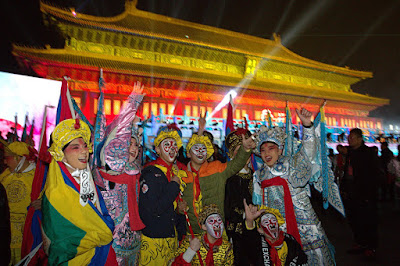 Costumed performers in Beijing on New Year's Eve, January 1, 2016.
So they Chinese celebrate both the Western New Year and the Chinese one at different times.
*******


It is one that threatens the possibility -- although not the likelihood -- of a bizarre Trump fascist authoritarian regime or a fundamentalist theocratic far right Cruz one -- and the chance of a Rubio administration that is the play thing of the oligarchical overclass. 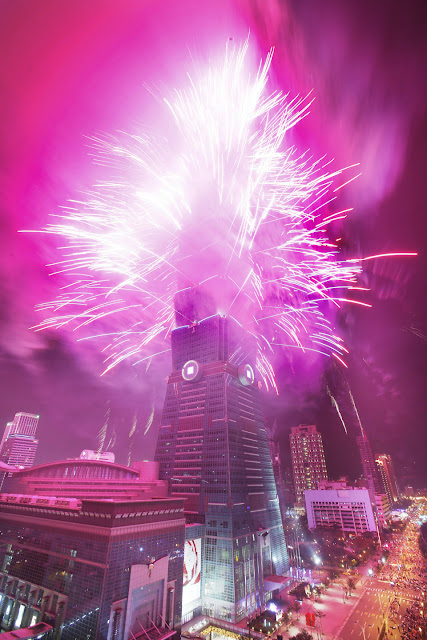 
Even if Hillary wins, as this Matthew Yglesias piece on Vox.com earlier this week notes, the GOP remains in incredibly strong shape "down ballot" across the United States while the Democratic Party in awful shape, and that is not changing any time soon. This is the case even though talk radio-and-Fox-News-addled Republicans feel more besieged, angry, fearful, and alienated than ever. It's a bad situation.
However, I'm not going to get into that now.
OK, I think that's about all for now. 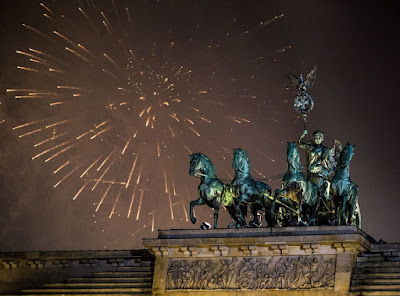 
For the remainder of this weekend, I intend to post a jukebox Saturday night entry tomorrow and perhaps a short update on Sunday, but otherwise, blogging will be thin. My next planned update might not be until late Monday. 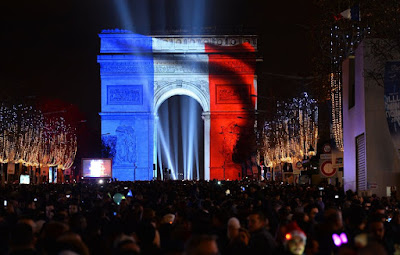 
For tonight, I'm not really sure what to do. It is really going to be low key. Brian is back in town from New York City for a second weekend in a row but I can't do all the restaurants and late night Ubers and club gallivanting as last week. 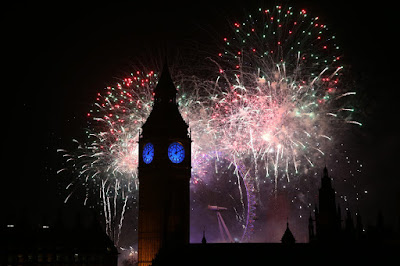