Above is the YouTube version of the incredibly riveting 72-minute documentary on the 2004 Box Day South Asian tsunami that killed approximately 250,000 people. The survivor interviews are astonishing -- as are the videos.
One of the places devastated was Phuket, which I mentioned in my most recent jukebox Saturday night entry. This mentions Phuket in a different and very awful way. 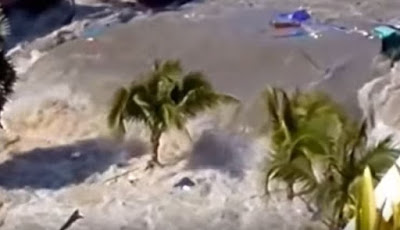 
It's too bad that my betrothed, BIG Y'EYEMAH, wasn't there. She could have jumped in the ocean and created an enormous anti-tsunami. She and I would have been on our HONEYMOON -- paid for by shitty Wall-P, provided I worked some horseshit job and was its indentured servant until the end of GOP "movement conservatism" time. 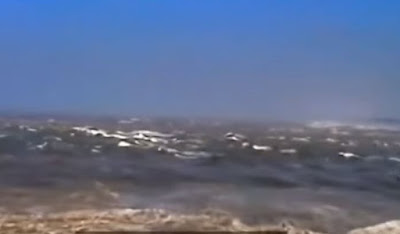 
Not to worry, though, because Fred Hiatt's frickin' Washington Consensus would tell us about the "bipartisan nuance" it sees in the tsunami and how Bush's "response was commensurate the scope of the disaster" (like it did in Katrina) and why the tsunami represents "an opportunity" for American working class-annihilating "free trade solutions."
Oh, and the Washington Consensus's mascot, Benji Wittes, would start yapping about how great drones proved to be. 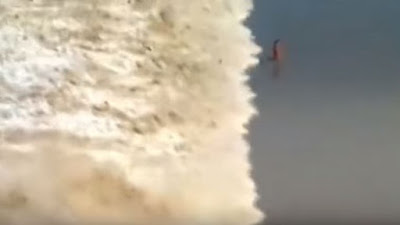 This image has always captivated me -- a screenshot of the precise moment the tsunami, about to inundate Khao Luk, sweeps away a clueless tourist (probably a man) who was on the beach during the "ocean drawback."
The man seems oddly clueless even at that point. I'll never know whether he survived or not.
*******


I had a rather nice tonight -- at Floriana, No. 9, and Trade, before walking home, although I was in my characteristic shit mood while walking home. However, I had a nice door chat with my neighbor Mike H. and his friend. Anyway, I have to finish watching this awful, in-depth documentary about the 2004 Boxing Day tsunami (see above images). I've seen it, like, three times already but can help watching it again.
I intend to post a entry Sunday early afternoon with a general update.
--Regulus
Posted by Regulus at 4:18 AM