The Blizzard of 2016 "Snowzilla": One for the Record Books -- Except, Of Course, at National Airport (KDCA); Accompanying Snow Photos 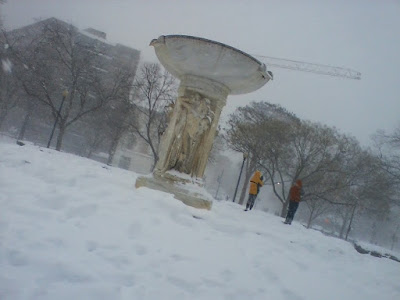 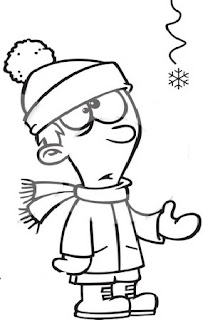 The number is, of course, suspect -- even this Capital Weather Gang entry by Angela Fritz pointed it out (link embedded):

My view is that there is a systemic low bias in the KDCA snowfall numbers.


I suspect (but, obviously, cannot prove) that it is due to the fact that one individual has overseen the weather observations at KDCA for the past 35 years including supervising the FAA contractors. 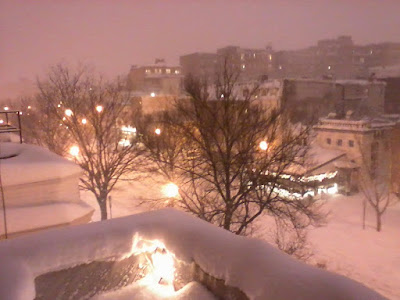 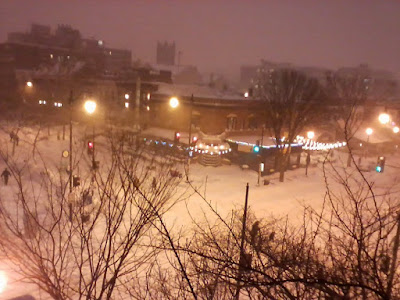 Another view (looking southeast) of snowed under 17th Street NW as seen upstairs at Floriana, Washington, D.C., 5:41PM January 23, 2016.
By the way, Chris H. (not the bartender) once sent me a picture taken from the roof of a building looking down on 17th Street during a snowfall. It showed the whole block coated in snow including JRs. The caption read: "Hell froze over."
ha ha


I suspect he is using some excessively conservative method to measure snow. It is almost as if the Feb. 1979 "Presidents Day" storm total of 18.7 inches is sacrosanct. 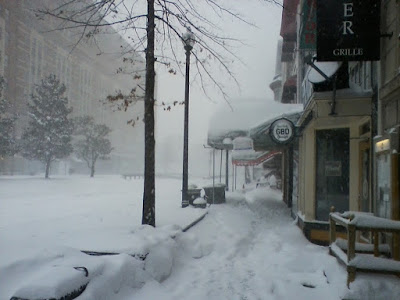 
That total is still the highest ever at National Airport itself and 3rd overall behind the 20.0 inches in the Feb. 1899 storm and the 28.0 inches in the Knickerbocker Storm of Jan. 1922 (both of which amounts were measured in D.C. proper). 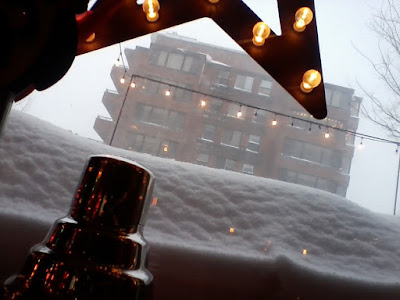 Inside Floriana lower level grotto bar looking out during the snowstorm, Washington, D.C., 4:46PM Jan 23, 2016.
Gary and I stopped at the bar early. Jamie and Jenny were there and then Dito showed up. It was quite actually.
*******


I'm not going to get into any of this in more detail except to say that I just don't believe the National Airport numbers and this is a long-running, chronic, and deeply vexing issue that might only finally be resolved when that individual retires and/or the snow-measuring site is moved away from National Airport.
As it now stands, an entire 30-year climate record set (and longer) has his person's imprimatur on it -- and that is simply far too long for one individual. 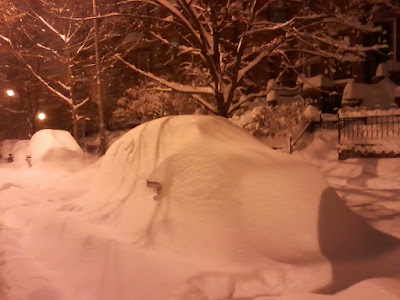 
Now I get the fact that even with proper measurements, KDCA is a notoriously bad spot for snow measurements.
By the way, the same thing happened in the Feb. 1996 blizzard when KDCA reported 17.3 inches versus 26.6 inches at KBWI and 24.6 inches at KIAD, and when there was a fuss, the WaHoPo dead tree edition dutifully interviewed that man (I'm not going to post his name here), and his attitude was, "Well, I don't care what fell at your house, I only know what fell at the airport"). 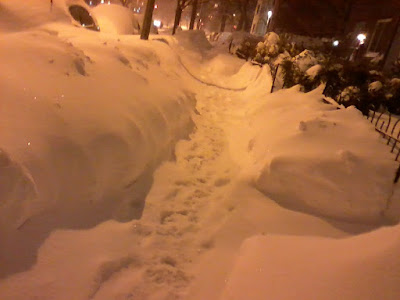 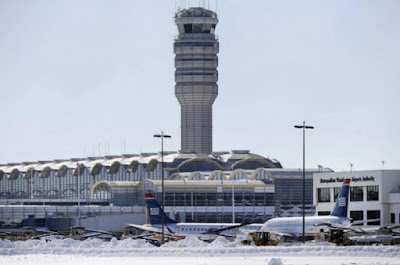 Mark Richards in his domain.
OK, since this is now public, the individual in question who has overseen the KDCA weather observations since the late 1970s is a man named Mark Richards. Here is a CWG entry in which he is bragging about how great his totals are even though his "team" clearly screwed up (in order, in my view, to protect his beloved 1979 Presidents Day storm total):
Lower-than-expected D.C. snowfall total raises questions about its measurement.
Now expect Fred Hiatt to write a "powerful" unsigned editorial in which he praises "the integrity" of the snowfall measurements at National Airport, and why we need more "free trade" with China.
End of Update.


The Post, always eager to fawn after those it suspects have power of any sort, was dutifully impressed. The Washington Consensus's Fred Hiatt smiled sweetly. 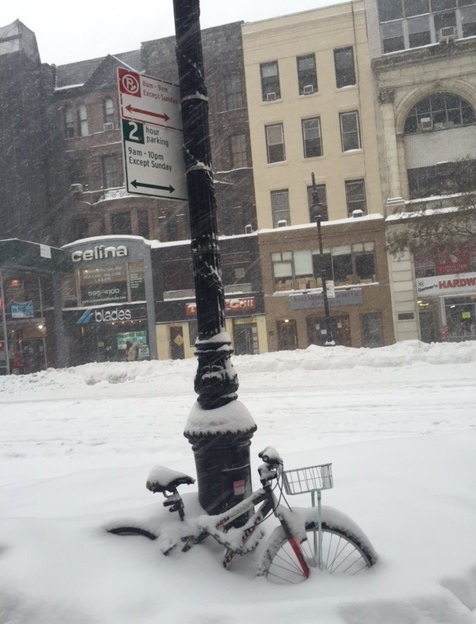 A scene on W. 72nd Street between Columbus and Amsterdam Avenues in New York City yesterday during the blizzard.
Brian sent me this picture. Central Park (KNYC) officially recorded 26.8 inches. I'm unsure where this ranks in New York City snowstorms but it is certainly in the top 5.
*******


As for any improper or bad measurements made yesterday at the National Airport, I can predict exactly what will happen:
There will be some internal inquiry and then a report will be issued that says everything was done perfectly well and we should all hold hands in a bipartisan fashion and sing Kumbaya and how dare you question the integrity of National Airport's weather observations. 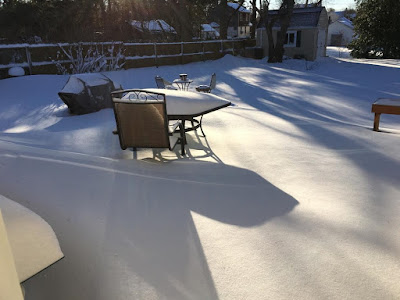 A backyard patio deck buried in snow in West Long Branch, N.J., January 24, 2016.
My cousin Tony took this picture and sent it to me along with the caption: "My deck and patio is under there somewhere."
******* 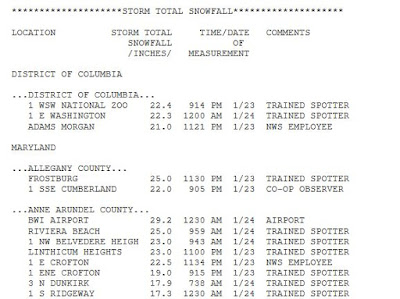 
Anyway, that is all I'm going to say on the KDCA snowfall total -- because I knew this was EXACTLY what was going to happen. It always does. 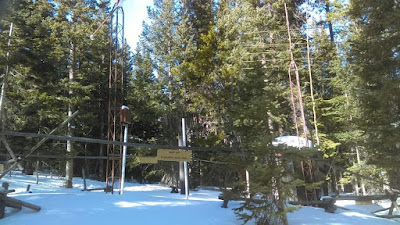 Snow telemetry equipment in Rocky Mountain National Park in Colorado, Jan. 23, 2016.
Natan sent me this picture yesterday. He is living in Denver now.


Today is a brightly sunny day and the snow is already starting to melt although it is a tad below freezing right now. My next update will likely be late Monday / early Tuesday. I am assuming tomorrow is a telework day but we'll see.
--Regulus
Posted by Regulus at 2:47 PM