John Avignone on the Wide-Eyed, Piously Naïve Bernie Sandernistas and Some Krugman & Chait -OR- How to Ensure a President Trump (Plus Unrelated D.C. Landmark Blizzard Pictures) 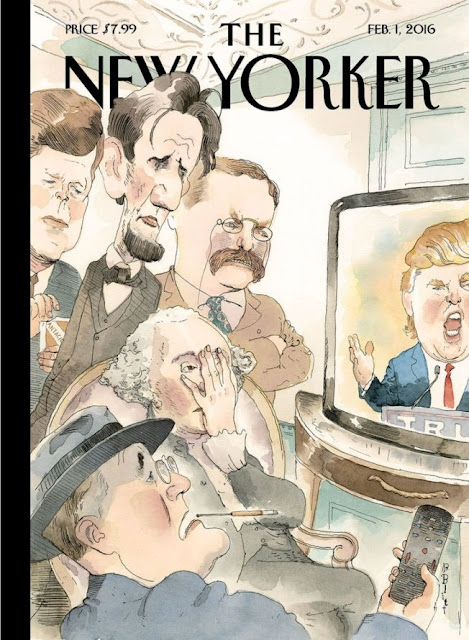 
I am reposting below in its entirety a piece by John Avignone that appeared today on the always-problematic Salon.com site. It is worth a full read.
Of note, this piece has amassed 2,350 comments as of 647PM tonight, none of which I have read or will read.
I really don't have any pictures to post with it or the other two pieces I include, so I'm just going to repost images of famous Washington, D.C., landmarks and locations in the "Snowzilla" blizzard or, if you prefer, Winter Storm Jonas, that appeared in this CWG entry.
Recall that 20 to 30 inches fell area-wide, except on Mark Richards' defective National Airport snowboard and a ruler that went missing.
I am including captions to the picture but not the links to the original Twitter, Flickr, and Instagram user pages. You can find those in the CWG entry. I then post a brief update at the bottom of the entry.
**To be clear, the reposting of these images in no way means those individuals subscribe to the views expressed herein.**
--Regulus


I have had it with naïve Bernie Sanders idealists
Take a lesson from Paul Krugman: We don't have political revolutions. This is a democracy of incremental change
By John Avignone
January 26, 2016 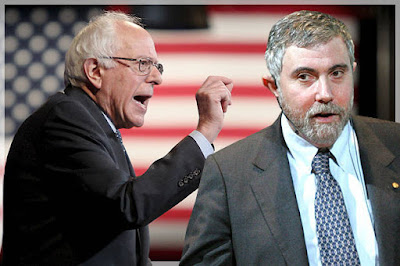 Jedediah Purdy, a professor at Duke Law School and occasional contributor to the Huffington Post, takes issue with liberal economist Paul Krugman’s assessment of the Bernie Sanders campaign's operating theory of change as unrealistic and naive. Krugman writes, "The question Sanders supporters should ask is, When has their theory of change ever worked?"
Purdy says it has: "To answer Krugman's question: yes, it (Sanders' theory of change) has worked. In fact, it may be the only theory of change that has ever made democracy real. It is politics for adults." 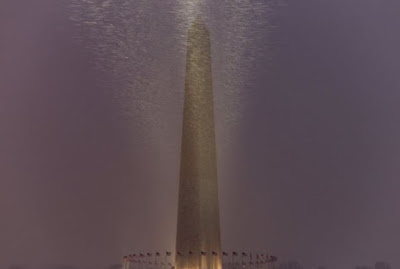 
But while he insists that quixotic insurgent campaigns based on ideological purity work, it's impossible to miss that he doesn't say exactly when. He doesn't cite any campaigns that back up his assertion. The reason why is simple. There are none. As much as Purdy and Sanders supporters wish it were true, this strategy has never worked and likely never will. Since the days of Ancient Greece, ideological purity in a democratic society has been the road to ruin of every political movement and every political party that has tried it. 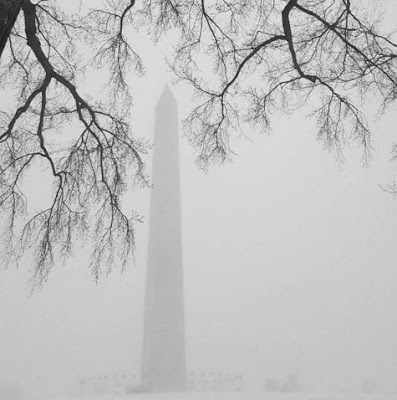 
Purdy has accidentally encapsulated not just the fatal flaw in the Sanders theory of change, but also the primary flaw of his supporters. Sanders doesn't have supporters as much as he has believers. Sanders’ supporters cannot call on facts to support their fervent belief that his message of radical change is possible, because the facts do not support this belief. They become belligerent and hostile any time anyone questions this belief. 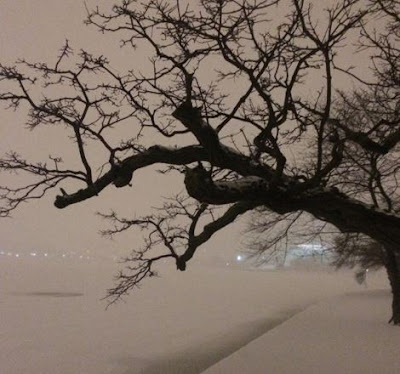 
That Sanders is right -- and so his followers are right -- is taken as an elemental matter of faith. Sanders represents the light and all that is good; anyone who questions this must be an agent of the dark and all that is bad. 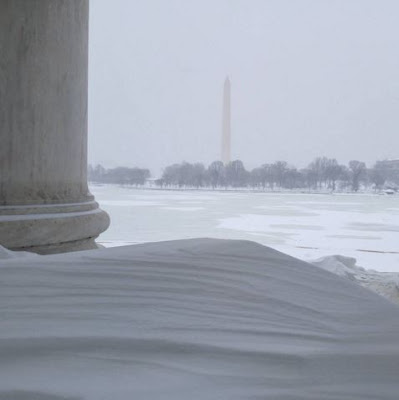 The Washington Monument from the Jefferson Memorial as seen across the icy Tidal Basin during the blizzard, Washington, D.C., Jan. 23, 2016; kentonwilson, Instagram.
*******


Sound familiar? It should. This is precisely the impetus behind every extremist movement in history. Sanders and his supporters too often exemplify a political manifestation of this black and white ideology. One of the consistent criticisms of Bernie Sanders throughout his career is that he's self-righteous and unwilling to entertain any position or belief that doesn't exactly match his. Back in 1991, when Bernie was still new to Congress, progressive icon Barney Frank said of him, "Bernie alienates his natural allies. His holier-than-thou attitude -- saying in a very loud voice he is smarter than everyone else and purer than everyone else -- really undercuts his effectiveness." 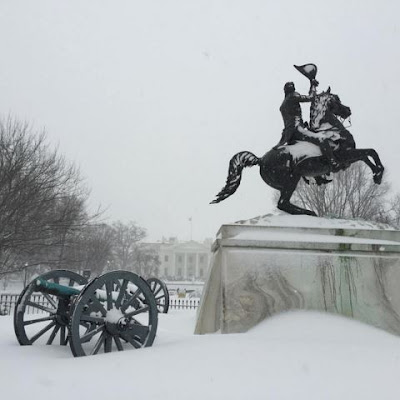 
The problem with Bernie Sanders and his supporters isn't ideological. The difference between Sanders and Clinton is a matter of degree more than any fundamental ideological disagreement. They both advocate moving in the same direction, but by different methods. Bernie Sanders says he will bring about a political revolution to make his dreams of a democratic socialist society come true, which seems an unlikely proposition given that the GOP is sure to control one house of Congress and may well control both. Hillary Clinton advocates a pragmatic approach: protecting the progressive gains won under the Obama administration, taking what new gains may be possible in a divided government and setting the political table to back for more later. 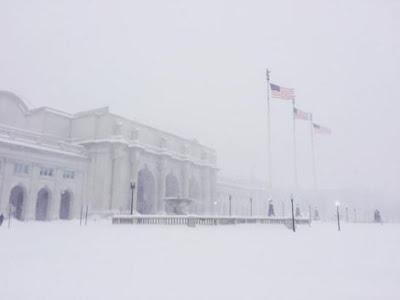 
Historically, it is this latter approach that has produced change. In any democratic system of government, progress is incremental. Only one time in our history as a nation have we seen such sweeping ideological change at a fundamental level happen in a brief span of time, and that change came at the price of five years of bloody civil war and some 500,000 deaths. 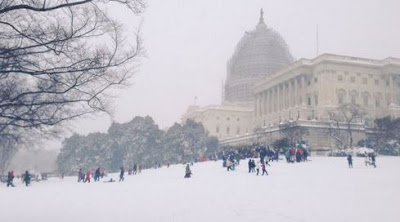 
Human attitudes -- and there is no more elemental human attitude than politics -- cannot be defined as simply as darkness or the light. We've tried this again and again, and it never ends well. This Democratic primary contest isn't a battle of good against evil. Hillary Clinton isn't the evil agent of the powers of greed and darkness and Bernie Sanders isn't an avenging angel or a pious saint. This is a political campaign and they are both professional politicians. While both candidates seek to highlight their differences, they have far more in common with each other than either of them does with the extremist and often dangerous positions of the Republican contenders. Politics is the art of the possible, not the perfect. One candidate embodies the possible. One insists on nothing less than the perfect. Paul Krugman is right. The achievable possible is always preferable to the unachievable perfect. 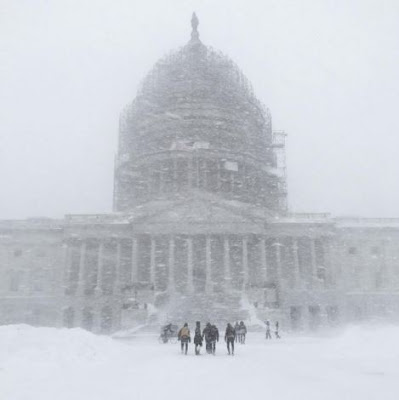 
For his part, Paul Krugman posted the following entry on his blog -- which along with his twice-weekly New York Times op-eds are two must-reads.
How To Make Donald Trump President
Jan. 23, 2016 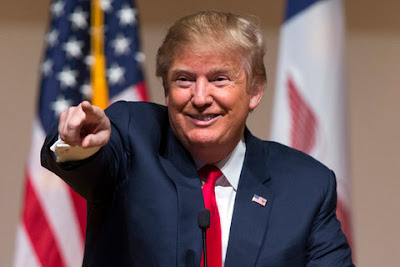 
Step 1: Democrats nominate Bernie Sanders. I don't think Sanders is unelectable, but when you look at polling, remember that Hillary Clinton's numbers reflect her standing after more than two decades of constant character assassination, whereas Republicans haven't even begun to go after him. 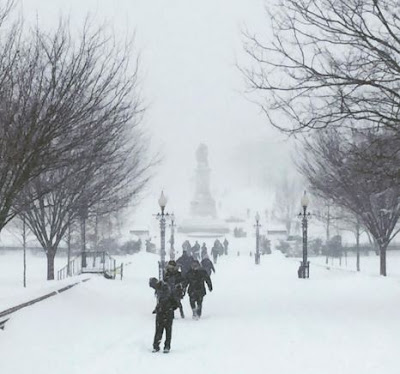 
Step 2: Michael Bloomberg decides to save the country by entering the race as a supposed alternative to the two extremes (hey, centrist pundits have been urging him to do that forever, even when Barack Obama was in reality pursuing all the policies they wanted). 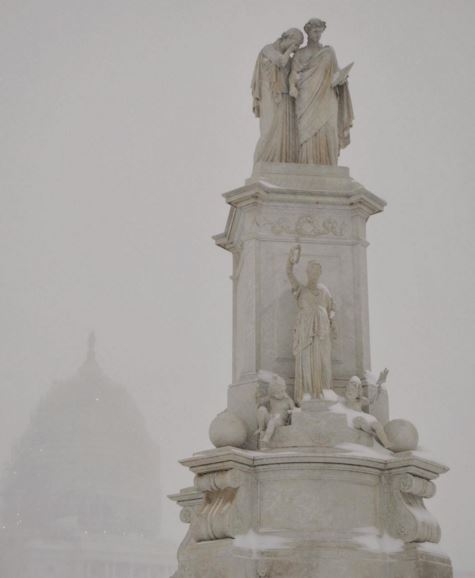 
Step 3: Some Democrats defect to Bloomberg, because they actually listen to those centrist pundits. Hardly any Republicans do -- remember, two-thirds of them currently support Trump, Cruz, or Carson, and anyway they’ve never heard of Bloomberg. Also, New York values.
Step 4: Trump wins a yuuuuge victory. 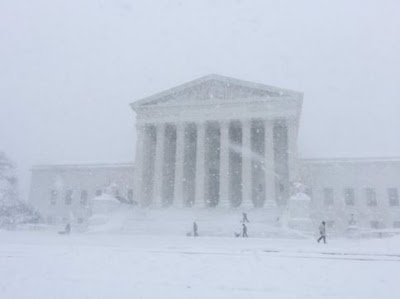 
By the way, the must-read Jonathan Chait wrote this piece (link embedded): Is Bernie Sanders the New Barack Obama? 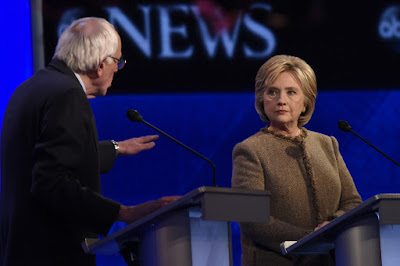 
I'll just excerpt the last paragraph, which I quite like:
"Obama in 2008 believed Republicans could be reasoned out of their irrationality. Sanders today believes they can be swept aside when the people rise up and depose their corporate paymasters. Clinton, then as now, promises to grind away at them in a trench war that has gone on for decades and for which there is no end in sight. The thing Clinton has not managed to do -- and what, quite possibly, no Democrat could do after eight years of shared power -- is make technocracy lyrical." 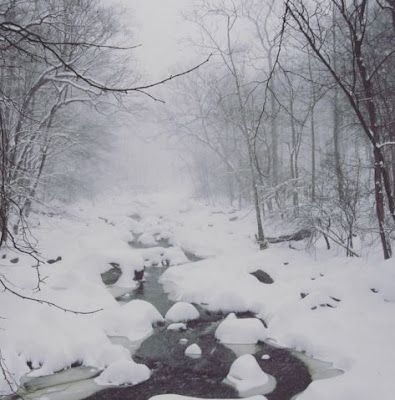 
OK, that's all for now. It was another telework day as the federal gov't was closed, but the YMCA thankfully reopened at noon (and it was immediately crowded). I got in a full, multi-part workout and I feel a lot better.
It is a mildish, mostly cloudy evening with temps around 50F. The massive snowpack is steadily melting but things are still a snarled mess. The amount of shoveling that has been done by others has been astonishing. 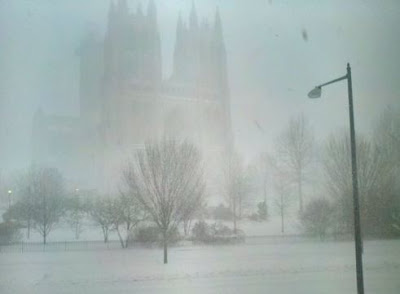 
My own snow removal system is to let others shovel it and/or have the snow melt and/or sublimate by itself. Lacking a car or a private house, I can do that.
It is forecasted to rain tomorrow and then get much colder for the next few days, which will slow the snow melt. 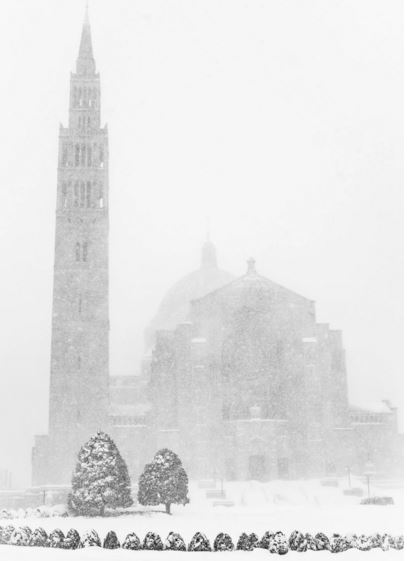 
I'm assuming tomorrow will be a regular workday. I sort of hope it is. Oh, yes, my office move to Rosslyn is now less than a week away. That is going to be a major change to my daily schedule.
--Regulus