Weatherless in the Washington and a West Wing Tour: This Warm and Snowless December (Part 1 of a Likely Month-Long Series) 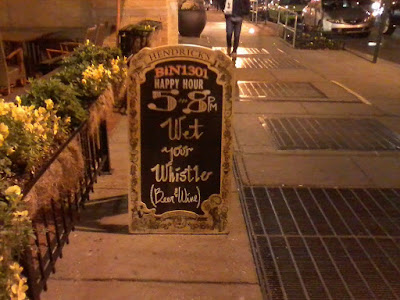 
I attempted to write a weather commentary entry -- based on the fact that the weather is awful with endless goddamn sunshine and temps, while not well above normal now (52F-ish for forecasted high), will be by next week (into the 60sF easily.

The entry included links to two incredibly annoying CWG entries celebrating this endless crap. However, that entry immediately spiraled out of control and I had no pictures for it. Thus, I'm not even going to try to post it.
I do intend to update the blog later tonight.
I have to say that keeping up this blog is a giant pain-in-my-posterior.
As a brief update, last night was interesting. I went to the gym right after work because I knew I would not be able to go today. I got home, made dinner, and then went back out to Nellie's to meet Chris H., who is back in D.C. for the time being.
Nellie's was not mobbed-beyond-belief and so enjoyable, and we were by Derek's well downstairs. Later, we went to DC9 and then I walked home.
While at DC9, Chris explained to me that my entire notion of a 17th Street-centric gayborhood (i.e., JRs) is absurdly out of date and he informed me about something called "Brightest Young Things" and how they define what is cay gool, I mean gay cool at any given time.
Oh, and at the end of the night, Katy Perry's Peacock song was played and the damn thing is so stuck in my head now.


I'm skipping over the many text message exchanges last night including from a good friend who was / is in a bad place over a personal situation that I cannot and will not go into that here. I also talked to Andrea, whom I am meeting a bit later this afternoon. Of note, there was a sad situation with her involving a close family member. More on that in a subsequent entry.
As for today, I'm supposed to meet her and some other family members of hers along with Jake at The Hamilton at 1PM for lunch. This is ahead of a scheduled 330PM tour of the White House, specifically, the West Wing, which I have never seen. They are actually doing an East Wing Christmas tour this morning.
OK, I better get my day started.
--Regulus
Posted by Regulus at 11:46 AM