"Not a cent ... Good luck, darling."
Faye Dunaway in her truly career-stunting role (not my original description but I like it) in "Mommie Dearest" as Joan Crawford rejecting Christina's request for money to help her out.
It need not be repeated but Christina truly hates her mother.
UPDATED 12:30PM 1/3/2016: Having watched part of Mommie Dearest on Friday night (downstairs at Floriana), I discovered that in the above YouTube clip, the sequence had been reversed: Joan Crawford says "Good luck, darling" and gets a cigarette light from her husband first, and it is only after Christina asks her for money that she says "Not a cent."
End of Update.


Sorry for the lack of updates.
Last night was a disaster and I'll have more to say about that and why the false friendship with you-know-who is over forever. Yes, I love Brady, but I can't deal with that anymore. It's sick and I don't deserve it that crap.
Joan Crawford home movie footage (this is part 1) circa 1941.
*******

Anyway, today was a work day recovery that included a nice lunch with Andrea and a good three-part gym workout followed by a nice night at Floriana (Dito's Bar) and later at Larry's Lounge (where last night's disaster happened) with Dave J., who gave me such awesome advice.
This is apparently Joan Crawford herself singing "I See Your Face Before Me" set to home movies including those involving her adopted son Christopher as a newborn. (This is part 2.)
*******


I had a wonderful chat with a lady named Sharon. I also watched the Aretha Franklin performance videos that were shown including her recent Kennedy Center performance.
Prior to that, though, in a rolling montage of local gayborhood scenes, a picture of a wildly tattooed Mattie Wade at kickball (or whatever) play rolled by, and I marveled even in that brief view at the fact that only a scruffy beard is needed to complete the bear happy hour transformation.
Funny that.

Joan Crawford at the 1968 Jerry Lewis telethon for muscular dystrophy reading (in somewhat overwrought fashion) a sad poem about a child who dies from the disorder. Toward the end, Lewis introduces her daughter, who works the phone banks.
Joan Crawford looks a touch crazy here. I should point out that her other adopted daughters -- the twin sisters -- claim to have had a totally different experience. But their interview is sort of weird. They probably weren't cut out of the will.
*******


Re. my gym membership, that was actually the issue that started my day ... It was suddenly in question because it turned out --and I foolishly was unaware -- that my membership at the YMCA National Capital, set to close for later this day [Thursday], was an issue, but I resolved the matter after a flurry of emails and I'm now "officially" part of the YMCA Anthony Bowen after 2+ years of actually going there.
Joan Crawford in a fawning interview from 1969. The volume is extremely low but it is close-captioned.
By the way, Christopher also hated his adopted mother. He passed away in 2006.
*******


I'm going to try to go to the National Capital tomorrow for one last time (and I'm apparently not the only one with that idea), at least to go into the swimming pool.
Tomorrow (or rather, today) is New Year's Eve, and my updates might be thin. I am working from home and then supposed to have dinner with DD and his family at Thai Pavilion in Rockville Town Square at 530PM and then, perhaps, meet Jake, Andrea, Nick, et al., in Arlington -- otherwise, I'll just go back to LL.
Amazing Bill Boggs interview in either late 1978 or 1979 with Christina Crawford after the book appeared.
This includes a whole section about the wire coat hangers. Little did Christina know what a gay cultural reference that weird, oblique reference to abortion would become. More generally, Bill Boggs asks her some excellent questions that Christina addresses head on. In particular, the last 3 minutes of the interview are the best -- the part about the will.
To be clear, this was at the dawn of the Phil Donahue / OPRAH! / Ricki Lake / Jerry Springer culture ...
*******


And how could I not end with this ...
"Mommie Dearest" mash-up set to (eventually) "Mamma Mia" by ABBA. 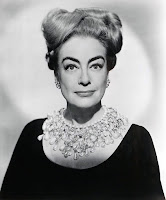 "I've been cheated by you since I don't know when / So I made up my mind, it must come to an end / Look at me now, will I ever learn? / I don't know how but I suddenly lose control / There's a fire within my soul / Just one look and I can hear a bell ring / One more look and I forget everything, w-o-o-o-oh ..." 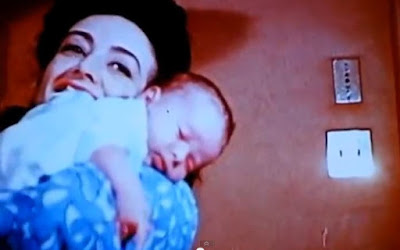 
There is a lot more I want to post but I'm ending this entry right now as I need to get to bed. I'll try to update the blog tomorrow before I head out. Let's see where tonight's dream-world takes me ...
Oh, yes, if any of these YouTube videos are removed in the future (which they will be), then this entry would (will) make no sense.
*******


Updated 4:34AM 12/31/2015: I have to share this that I just found: Faye Dunaway's Feb. 27, 1994 voice mail rant involving her Andrew Lloyd Webber "Sunset Boulevard" disaster:
I found it in this Huffington Post article from April 2, 2015 announcing that Ms. Dunaway might finally discuss in a book the whole Mommie Dearest movie episode and (perhaps) aftermath. (She has steadfastly refused to talk about these topics in any detail ever since.) Of note, Terry O'Neill (mentioned at the beginning as the "big, big liar") is her ex-husband.
End of Update and of Entry.