OK, I know it's the day after Christmas -- and a near-record warm one at that -- but I think we can still dedicate at least part of this Jukebox Saturday Night entry to a few of the yuletide standards ...
"Do You Hear What I Hear?" as performed by Bing Crosby in a released single (1963)
I love this song as Crosby crooned it in that wonderful baritone and with the uplifting choral backup. 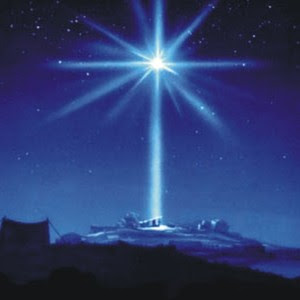 "It's the Most Wonderful Time of the Year" by Andy Williams from The Andy Williams Christmas Album (1963)
This particular version features an original audio track dubbed over a live performance on some unspecified program at some unspecified time. It (mostly) works.
Chester and I have our own version of this song that we somehow developed involving extensive use of the word "hosebag" and it goes something like:
It's the hosebaggiest time of the year / They'll be hosings and baggings and baggings and hosings out in the snow! They'll be tales of the glories of giant hosebaggings from long, long ago!
Something like that.

"Rockin' Around the Christmas Tree" by Brenda Lee from her album Merry Christmas from Brenda Lee (1958)
This is a wonderful song. In its way, it's a mix of American music styles at their best. Of note, Ms. Lee, now 71, was only 13 when she recorded this song.
*******

"All I Want For Christmas Is You" by Mariah Carey from her album Merry Christmas (1994)
'Nuff said.