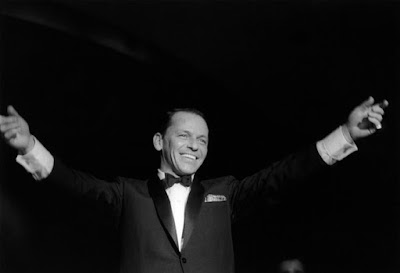 As promised, this jukebox Saturday night entry is dedicated to the late, great Francis Albert "Frank" Sinatra, a.k.a., Ol' Blue Eyes and the Chairman of the Board, on the serendipitous occasion of what would have been his 100th birthday.
Let's start it off with this Sinatra classic ...

"Strangers in the Night" by Frank Sinatra from his album of same name (1966)
This particular video has a nice montage of Sinatra images.
*******


The New York Times' Francis X. Clines had this nice piece late last month about Sinatra's enduring connection to his hometown of Hoboken, New Jersey as seen at the Hoboken Historical Museum.
As present, the museum is understandably in a full-out Sinatra extravaganza.
"Saturday Night is the Loneliest Night of the Week" by Frank Sinatra (originally in 1944)
*******


Perhaps more noteworthy, his daughter Nancy Sinatra has been commemorating her father's birthday all day on her twitter page. 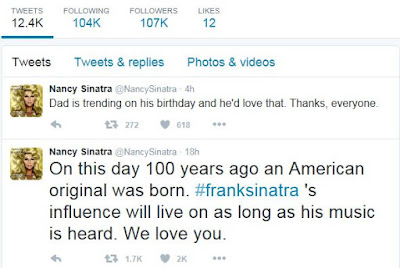 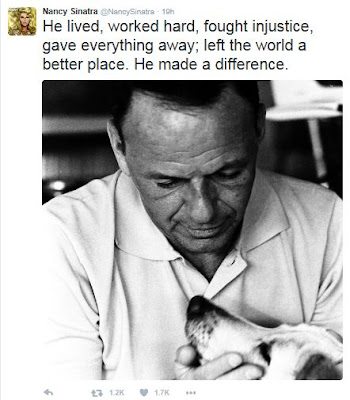 Sinatra performing "New York, New York" live in 1982
His interaction with the audience at the start is fun to watch.
*******


Oh, and here is another New York Times piece from yesterday (link embedded): Frank Sinatra: A Hundred Years On, the Voice Resonates Still.
This is a really nice article. 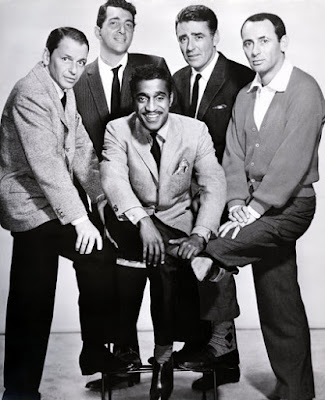 Sinatra performing the 1937 song by Harry Warren and Al Dubin "September in the Rain"
Many artists have covered this one over the years.


As a momentary personal aside, I am not even going to attempt to post an update. The past 2-1/2 days (since my last entry) have been varied -- good and bad -- and left no time for blogging. I'm not feeling that well right now, although I had a full gym workout today (well, I skipped the core part but did everything else).
I will note that the weather is just near record warm (upper 60s to lower 70s Fahrenheit for highs) and gross with nary a sign of winter.
I'll try to update the blog tomorrow if I can, otherwise it won't be until late Monday.
*******

"The Lady is a Tramp" as sung by Frank Sinatra.
This video also has a number of still images of Sinatra. Of note, Lady Gaga did a duet of this song with Tony Bennett in 2011.
I'm not sure I understand the lyrics about California being "so cold and damp."
*******


The following two clips are not songs but it has to be shown on this occasion: Don Rickles roasting Frank Sinatra on The Dean Martin Celebrity Roast show. This aired on July 2, 1978. The volume is a bit low but the cast of people on the dais is amazing including the future President Ronald Reagan.
It's frickin' HILARIOUS.


And here is when LaWanda Page does her roast (along with Ernest Borgnine):
She's a riot. She goes off on everyone seated on the elevated table including the guest of honor, Frank Sinatra (the line about how winding up in cement). As for Dean Martin, I don't think he ever WASN'T drunk during the taping of the show.
*******


I just have to include another YouTube snippet from that legendary Frank Sinatra roast. This one features three more folks on the table - dais: Jimmy Stewart, Flip Wilson, and Ruth Buzzi (who, by the way, is still alive).
Buzzi's skit comes at the end and is hilarious, involving give-and-take between her and Martin and Sinatra, and ending in a purse-smacking melee, of sorts, with LaWanda Page chasing her with a purse. (I recall Ruth Buzzi's as a young child and not understanding the hairnet "clump" on her forehead that was part of what I now know was her Gladys Ormphby character -- thinking it some weird object or even deformity.)
End of Update.


OK, let's wrap this up, and I can't think of a better way to end ...
Sinatra performing his signature song "My Way," although I am unsure where this was filmed or when.
Awesome. 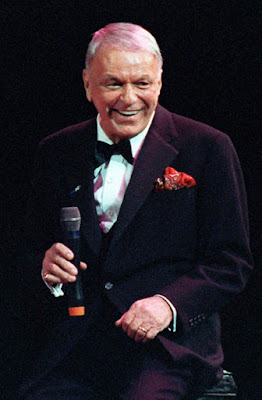 My Way comes from the album of same name in 1969, although the song itself is indirectly based on the earlier French song Comme d'habitude (1967).

BTW, I heard this song can get you in real trouble if you sing it in the Philippines.

Sinatra performs at the Meadowlands on the occasion of his 75th birthday, December 13, 1990.