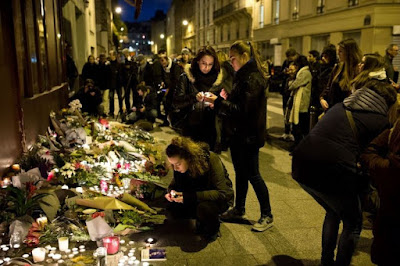 Mourners place flowers and candles outside Le Carillon restaurant, one of the sites of last night's multiple terrorist attacks in Paris, November 14, 2015.
*******


This entry contains just a few pictures of vigils for the victims of the yesterday's coordinated series of Paris terrorist attacks by ISIS (or, if you prefer, Daesh).

About the attacks, French President François Hollande dubbed them "an act of war" against France that would be dealt with accordingly. The death toll is presently put by the New York Times at 129 and injuries at 329 with nearly 100 critical. (By the way, I've decided not to fill up this entry with pictures of all the gore and blood from the attacks. You can find them easily enough elsewhere online.) 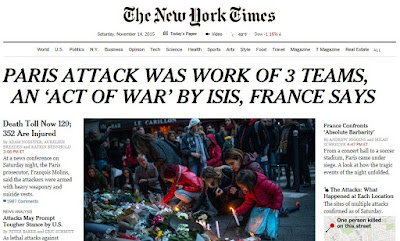 
This is worth quoting from the same New York Times article:
Mr. Hollande declared three days of national mourning, and said that military troops would patrol the capital. France remained under a nationwide state of emergency.
Mr. Hollande vowed to "be unforgiving with the barbarians from Daesh," adding that France would act within the law but with "all the necessary means, and on all terrains, inside and outside, in coordination with our allies, who are, themselves, targeted by this terrorist threat." 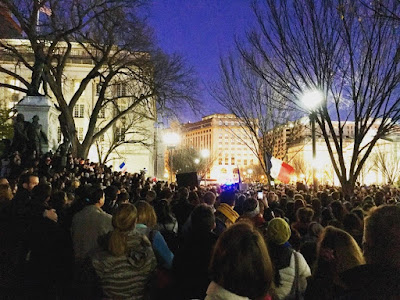 A vigil outside the White House at Lafayette Park this evening here in Washington, D.C., November 14, 2015.
My friend Jake, who works at the White House, was able to take this picture and he sent it to me a short while ago.
******* 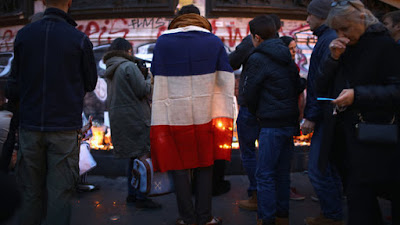 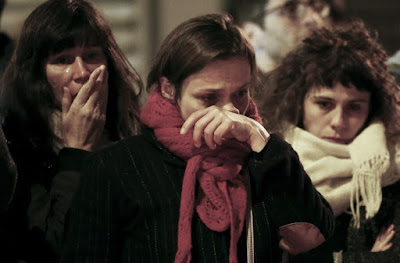 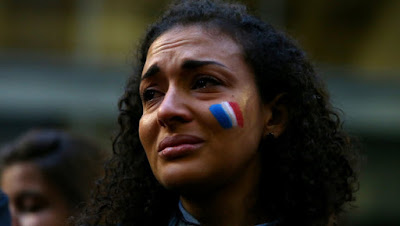 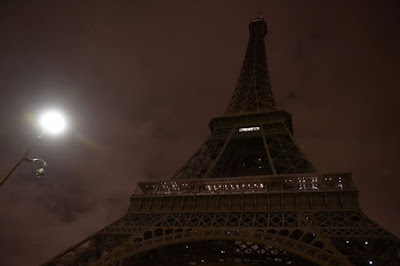 The Eiffel Tower is darkened tonight as part of three days of mourning in France for yesterday's horrific attacks.
The lights of the Eiffel Tower will be turned back on soon enough, and The City of Light will come back to life.
******* 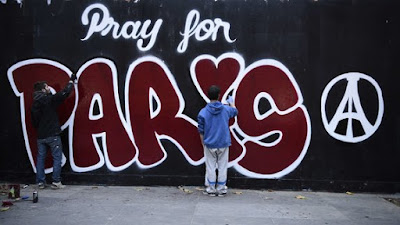 
OK, *two* more entries to follow in rapid succession. (I'll explain in the next one why I am posting three entries tonight.)
--Regulus
Posted by Regulus at 8:06 PM