Saturday Evening Post for Nov. 28th, 2015: The Rebellion Without a Cause Update 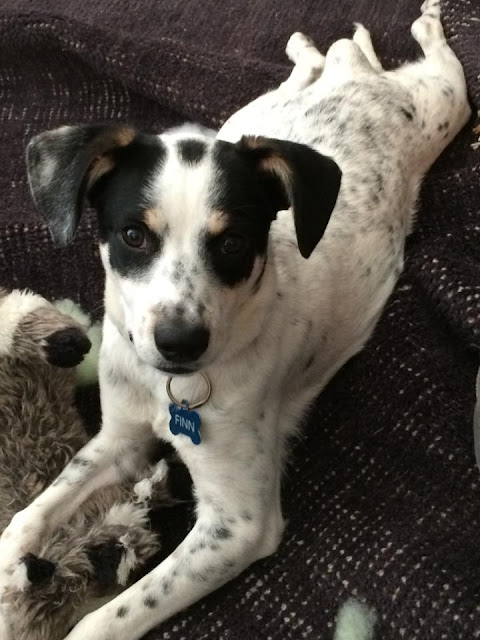 A picture of my friend Chris's dog Finn in suburban Atlanta taken on or about Nov. 21, 2015.
I have featured pictures of Finn in this entry.
Speaking of pictures, I have a paucity of them for this entry and do not have the time to find additional ones.
*******


I'm home now after a rather good, multi-part gym workout that hopefully made up for the missed day this past week. I was there for 3-1/2 hours and did my jog (I got up to 6.87 miles in 66 minutes on the treadmill that included gradual 6-minute cool down), weight-lifting, a core workout, a brief steam room stint, and a swim.
I met Fred there toward the end of the gym visit -- in the steam room and then the swimming pool.
Of note, there was almost NO music played the entire time (the opposite of how it usually is), so it was actually TOO quiet there at the YMCA Anthony Bowen.
I'm home now but supposed to go out for a belated birthday dinner courtesy LP at Maxime in Georgetown. However, I've not heard from him all day, so I don't know what's up right now. The plan was to go around 9PM.


Last night was kind of a mess, although nothing bad happened. Following my afternoon in Annapolis with Ray and my mom (I have a related batch of pictures I intend to post), I caught a MARC train from Odenton and was quickly back in D.C. I came home, worked on and balanced my finances (I have almost daily Excel spreadsheets going back several years), and then headed out to meet Fred at No. 9.
We had a few drinks there and then went to Floriana, where I had two Manhattans (probably not the best idea since dark liquors do not agree with me). Dave J. showed up and the three of us talked. Dito was working and it was a fun time with the usual vigorous political conversation.
There were two guys including one who was seated -- a really attractive young man probably about 26 who turned out when he stood up to be 6'4" (that wasn't obvious when he was seated). I was marveling at his intricate skeleton tattoos on his forearms.
He is from San Diego and I recall talking about the freak rainstorm there last summer (during its gay pride event) and how if you increase the SSTs of the eastern Pacific over a large enough area, those kinds of things can happen in the summer time.


He gave me a card and I do intend to email him.
Speaking of Floriana, I intend to take my mom there for dinner on her upcoming overnight visit to D.C. in December. She is coming on a Friday night and going to stay in this little boutique hotel along 16th Street. (She might actually even see for the first time ever where I live -- my dusty broom closet-like efficiency with a bed on the floor and precious little else.) 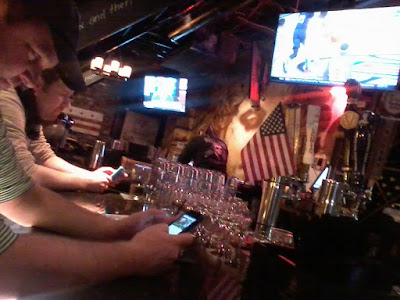 
Thereafter, I made the mistake of walking toward Larry's Lounge -- again, always a bad idea -- with Dave. (Fred went home at that point.) Instead of LL, I went into Rebellion for one drink where the lead image of this entry was taken. I only stayed a few minutes and then walked home to go to bed. I was in a bad mood at that point. I really need to stop doing that "one last drink" that always sours the night.
I'm an idiot. I should just do prescription drugs. They're less messy and you just sleep mostly.
There is also a bit more involving why I stopped at Rebellion, but I'm not going to get into that on this blog. Suffice it to say, it involves another person's situation.
Weather Update ...


It's a very mild, mostly cloudy one here in the District of PotSmokingUmbia, I mean, Columbia. The 7PM air temp at KDCA is 61F with a dew point of 52F and a light northerly wind (indicating a frontal boundary (discussed below) has quietly cross the D.C. area). There is spotty light rain and drizzle. 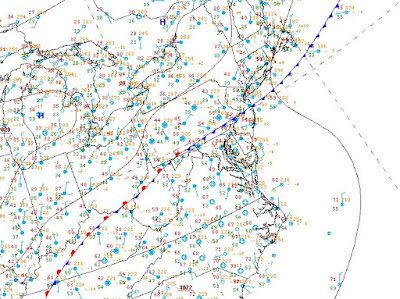 
A slow-moving frontal system extending back into the Ohio River valley and lower Mississippi River valley is sagging southward across the mid-Atlantic. As the upper level system moves toward the Eastern Seaboard and a disturbance approaches, there should be some light to moderate rain across the Baltimore/Washington corridor tomorrow although QPFs are only 0.25".


This frontal boundary is forecasted to stall just south of the region tonight and slowly push back northward as a high pressure over Quebec shifts eastward. There is light and showery rain in the forecast for Monday and Tuesday as well.
I hope so. Rain is good.


As for winter, well, it's pretty much absent right now across the Lower 48 with no sign of a pattern change.
OK, that's all for now. My jukebox Saturday night entry is to follow almost immediately as I already composed it. I might post an entry tomorrow with my Annapolis pictures. I still need to post the Pittsburgh pictures as well.
--Regulus