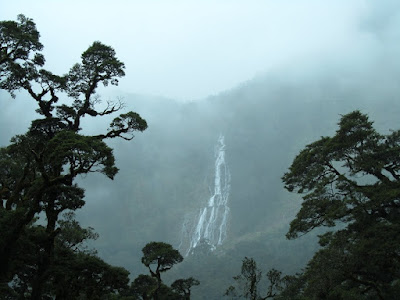 A waterfall in Wilmot Pass on New Zealand's South Island as seen in the mist and rain, March 2011.
For an explanation of the pictures in this blog entry, please see below. This is the only one with a specific caption.
*******


This is just a brief late night update of my doings the past few days. It is an entry that is UNCHARACTERISTICALLY upbeat and optimistic with a HIGHLY SUSPICIOUS high frequency use of the word "good" other positive words. (By contract, "fear" and "detest" each only appears once.)
For that, I truly apologize. 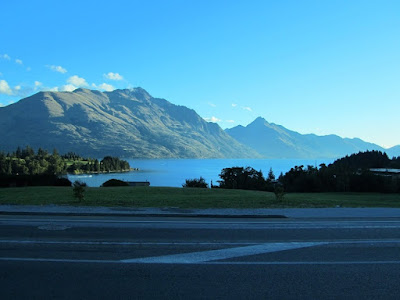 For this update, I am very low on images -- as in, I have none to post except from my Pittsburgh work trip last week, but I'm going to feature those in a dedicated entry that I intend to post late Wednesday or early Thursday (yes, on Thanksgiving and also my birthday).
In lieu of available pictures, I am going to take the liberty of posting some images from my friend DG's blog, namely, a handful of the photographs he took back in March 2011 during a visit to New Zealand's South Island including the Lake Wakatipu region around Queenstown and Doubtful Sound in Fiordland National Park. 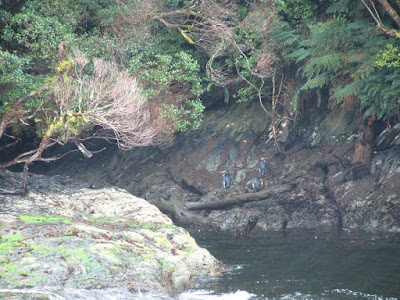 You may recall that DG was living for a time in Newcastle in New South Wales, Australia with his wife, and he visited New Zealand, I believe, twice, including the March 2011 trip.
DG spent additional time in this part of New Zealand because of the earthquake that occurred a few weeks earlier on Feb. 22, 2011 that devastated Christchurch -- including the destruction of the hotel where he was going to stay. You can read about that visit in the three entries he posted: Part 1, Part 2, and Part 3. (The images are all from Parts 2 and 3.) 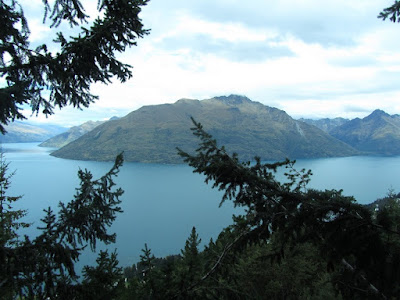 I'm not posting any captions to the pictures, so if you want to know what the pictures are, either click on / download the JPEGs or see his blog entries.
Of note, Queenstown now has additional meaning to me now that it did not back in March 2011 because it is one of the six stages on the South Island course on the treadmills at the YMCA Anthony Bowen that I regularly do (one of seven different courses, three of which are in New Zealand including South Island, North Island, and Auckland and Wellington). (Each stage is about 5-1/2 minutes long.)
I fear that's about as close to New Zealand as I'll ever get.
Of note, I now know four people who have been to Queenstown, New Zealand -- DG, bartender Aaron, Mike G's son, and this guy at Larry's Lounge who went with his partner and he showed me the pictures one night. 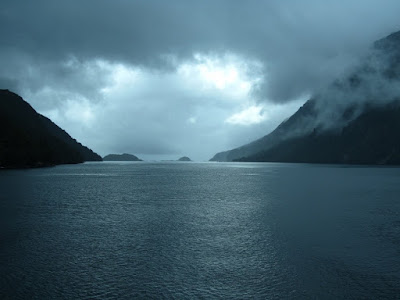 OK, now with the update ...
On Saturday night, as planned, I met DG -- the same one referenced above -- at Bistro Bistro on Connecticut Avenue. We had a very nice dinner -- and he even bought. No one has bought me dinner in well over a year (it just never happens; by contrast, I have paid for (too many) people in my life). 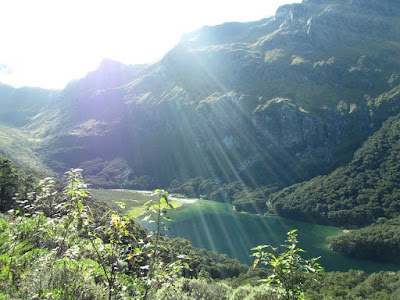 My reciprocation was buying (too many) drinks thereafter.
Thereafter, we wandered around Dupont Circle, detouring to a curious restaurant called the Iron Gate located on N Street. We sat at the bar there. We then went to Larry's Lounge which, I must say, is almost always a bad idea.
Gary was already there and we all had just too many drinks.
However, all ended well and it was actually quite a fun night. As for DG, I don't see him very often as his life situation simply doesn't allow it. 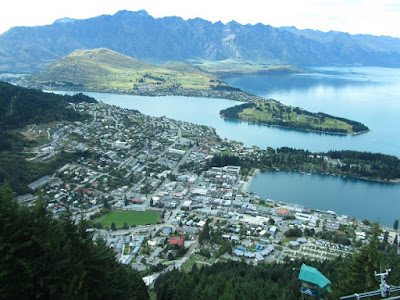 Oh, and in case you are wondering, yes, he and I talked about his blog and he reminded me of his New Zealand trip in March 2011. I had forgotten he had been to Queenstown.
The next day, I got up and got ready and headed up to Bethesda on the Metro to meet Quill. We were going to go to American Tap Room, but the place was frickin' mobbed and a noisy football game was on. It is hard to overstate how much I detest professional American football for many reasons, and I literally recoil at having to be in a place where it is on (usually at blaring volume levels). 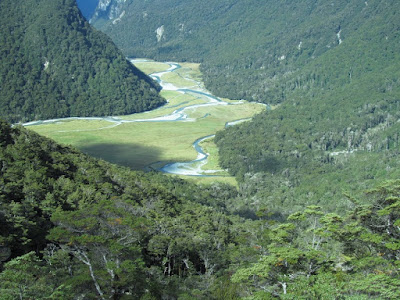 Instead, we ventured to try Mon Ami Gabi. Not only was this my second French bistro in less than 24 hours but it turned out to be an excellent choice. (Alas, last night, I deleted the pictures I took while there before sending them to my email account for posting.)
Quill and I sat at the bar in a good spot and had a really nice meal and a very pleasant time. Again, as with all of this, I just wasn't expecting that. It also helped that I am not flat broke this pay period.
Oh, yes, I should point out that I was wrong in what I said in this entry: The woman whose funeral she attended earlier on Sunday was her apartment neighbor and casual friend, not someone on her parents' block in Silver Spring. 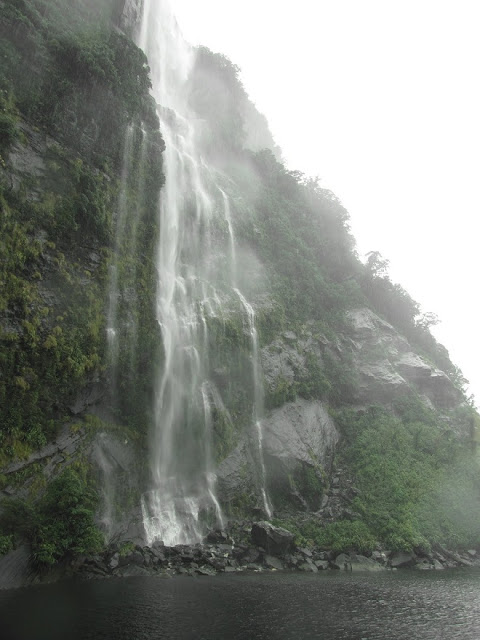 I headed back into D.C. again on the Metro. I should note here that both my Metro Redline train ride to and from Bethesda were shockingly fast given the current, seemingly endless era in which we are living of eternal weekend massive delays due to "capital improvement" construction work on the entire Metrorail system.
Again, this was an unexpected good thing. 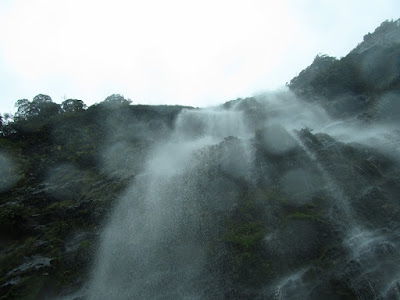 As arranged, I met Dave J. at Commissary -- yes, another restaurant -- where we had a few drinks and a great conversation. We then ended up, despite our better judgment, at Larry's Lounge, except on this Sunday night, it was genuinely very enjoyable pleasurable with a great 1970s classic disco music mix playing and more good conversation. Nevertheless, I still stayed too late and walked home, drunk again. 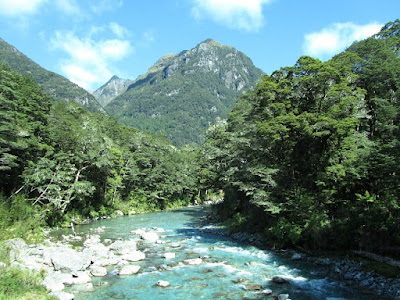 I managed to get to bed by about 1230AM and had full night sleep, although punctuated by very odd dreams that I just don't have the time or wherewithal to go into now.
As for my first day back in the office following both my onsite client work and 2-1/2 day work trip to Pittsburgh, everything was fine and by afternoon I was back into the groove of things.
I made a doctor's appointment for Dec. 3rd, however, in order to check out what I am fairly certain now is a high blood pressure problem. I'm probably going to have to start taking something for it -- provided it doesn't cause me to double in size. 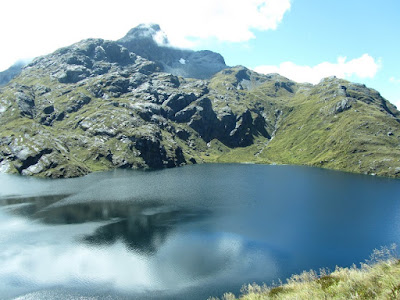 Earlier tonight, I went to the gym and had a good multi-part workout including a core routine that I've not been doing well with lately and ending with a brief swim. The only bad thing is I lost another pair of goggles. There are a bunch in the lost-and-found bin by the pool that you can use, but I'm not crazy about using unknown goggles.
I'm going to try to go to the gym again tomorrow (Tuesday) night since I won't be there again until Saturday. I'm heading over to Anne Arundel County (to Millersville) to see my mom on Wednesday after work (via a MARC train from Union Station) for Thanksgiving and to go into Annapolis on Friday during the day. My plan is to return Friday evening rather than Saturday afternoon. (Union Station on Wednesday will be a madhouse.) 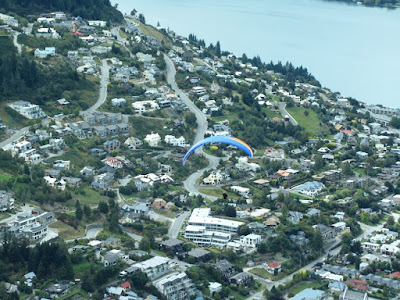 
It was a chilly, blustery day -- it actually felt outright wintry cold due to the sudden onslaught -- with highs only about 42F (hardly frigid but it felt cold). It bottomed out on the 23rd at 32F at KDCA, so Washington, D.C. proper has now had its first "official" freeze of the season. (KBWI and KIAD were 28F and 27F, respectively, and reached freezing weeks ago, specifically, Oct. 19th and Oct. 18th, respectively.)
Tonight is a variably cloudy, moonlit one with a waxing gibbous Moon riding high overhead and (at least earlier) lightly veiled by a mid-to-high level cloud deck.
It is forecasted to warm up to somewhat above normal, but more to the point, there really is no "weather" of note in terms of meaningful weather systems. 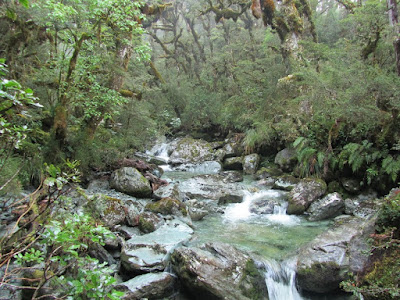 OK, that's all for now. I'm probably not updating the blog tomorrow night (if only because I might be meeting Gary and Dave J. tomorrow after the gym). My next planned update will likely be late Wednesday / early Thursday.
--Regulus