A Hippopotamostus Ending to November and a Warm, Possibly Buffalo-Snow Free December 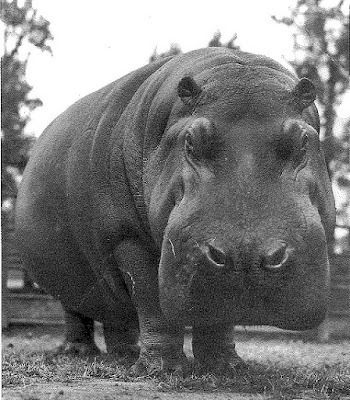 A ginormous hippo!
I (heart) hippos, especially Flippo and the rest of the plush pod -- bloat -- on my bed, such as it is, under the blankets and quilts.
This is a scanned image of a wonderful birthday card from Andrea and Imara.
*******


It is a drizzly, damp, chilly night with temps. around 45F and nearly saturated air (100 percent relative humidity) even here in the District. If anything, the temps. will tend to trend up a bit tonight. A decent amount of rain is forecasted for tomorrow into tomorrow night (1/2" to 1") for the Baltimore / Washington region.
I should note that the long-term forecast -- covering the first two weeks of December -- is for way above normal temps over much of the northern tier of the eastern half of the U.S. without the slightest hint of winter, a fact that endlessly thrills and delights all the D.C. area suburban bourgeoisie that frequent the comment section of the WaHoPo's Capital Weather Gang site. It is online territory that is (happily) profoundly hostile to any trolls, but it is also mind-numbingly bourgeois in its sensibilities about what constitutes good weather).
I post there as Arcturus24 and clearly have no fan base, but I'm not trying for that. 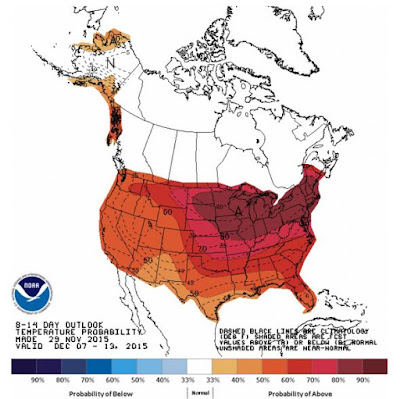 NWS Climate Prediction Center (CPC) days 8 - 14 temperature outlook for the United States compared to climatology for the period Dec. 7 - 13, 2015.
Of note, the Dec. 8 - 14, 2015 forecast map is already out but it's basically the same thing. The major warm ENSO is strongly affecting the jet stream pattern and the AO/NAO is of no help this year so far.
*******


Let me just say this:
If it is this ridiculously above normal around Christmas with nary a flake of snow even in Buffalo, I may just cancel going there -- although I will still owe Gary the $540. I'm not going to do that two years in a row -- being mocked, as it were, by the weather gods or, alternatively, God Demiurge. Or just frickin' random chance (that's Wall-P's god, along with money and power, but let's not get into that now). 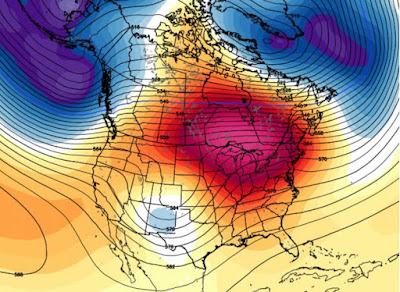 This is map showing image 500-mb geopotential heights and anomalies for North America for the first two weeks of December 2015.
The forecast comes from whatever model or model ensemble was used to create it but the prettied up image is from WeatherBell.com and posted in the above-linked CWG entry. As I read this map, the anomalies are shaded although not specifically numerically denoted.
*******


OK, that's all for now. I'm going to try to post another entry tonight but whatever I compose has to be short because I need to go to bed no later than 130AM as I have to be in work by 930AM tomorrow and thus cannot blog until 215AM and fall asleep just before 3AM. I also need to make dinner in the meantime -- as I just got back from the gym tonight.
Thus, it's possible I won't post another entry tonight. Tomorrow not is a non-gym night, so I'm not sure if I'll have a chance to post then. (I STILL intend to post the Annapolis and Pittsburgh images!)
Having said that, I am going to update this entry tomorrow, though, with the precipitation tallies and departures for November, the fall season-to-date, and year-to-date for the four usual suspect regional climate stations.
--Regulus
Posted by Regulus at 11:59 PM