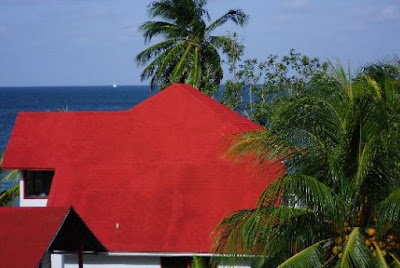 A resort with a view of the Caribbean on Providencia Island in the Archipelago of San Andrés, Providencia and Santa Catalina, Colombia, Sept. 2011.
See below for more information on the pictures in this entry.
*******


This entry features the links to and excerpts of some political-themed pieces I have read in the past several days regarding the Republican Party chaos in the House of Representatives and issues related to the 2016 presidential race. The links are embedded in the titles. 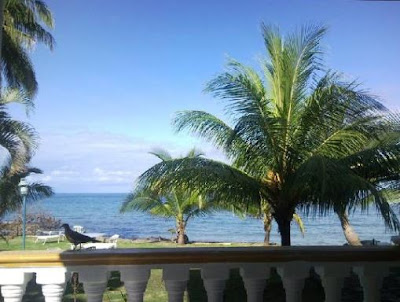 These are the pieces I had intended to post in this Friday night entry, except that one was already too lengthy and complex and I simply didn't have the time.
As for pictures to break up the text, I am posting a series of images that I took from this TripAdvisor webpage and some others from relevant Wikipedia pages. They are pictures taken on both Providencia Island and San Andrés Islands in the western Caribbean Sea. These islands are part of what is called the Archipelago of San Andrés, Providencia and Santa Catalina. 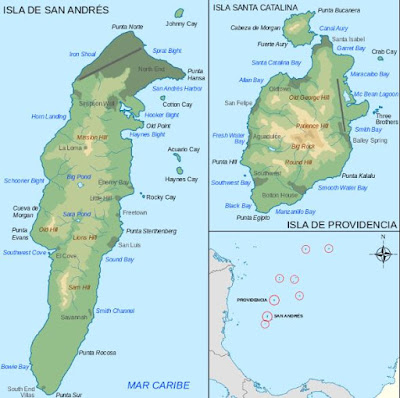 This is a department of Colombia consisting of a series of two island groups (San Andrés and Providencia and nearby Santa Catalina) as well as a number of smaller atolls and coral banks. San Andrés is the largest island and has a city called San Andrés. The whole population is put at about 75,000 with most on San Andrés. 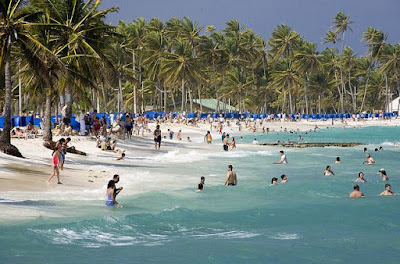 This archipelago is located approximately 500 miles away from mainland Colombia and is actually much closer to the eastern coast of Nicaragua. These islands are not that far geographically from the Pedro Bank Cays, images of which I posted in this entry, but they couldn't be more different.
The picture file names contain basic identifying information but I'm not including any captions.
******* 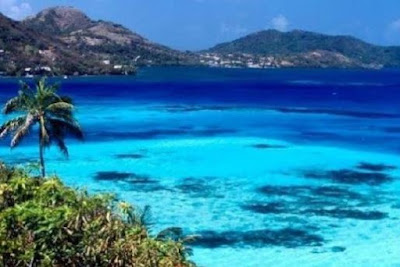 At some point, the Beltway media is going to have to grapple with the fact that the Republican Party is no longer functional and that this is not a dynamic that's mirrored on the other side. There is simply no comparison between Hillary Clinton responding to the voters and her rivals on specific issues as she runs for president and this lunacy that’s taking place in the Republican party. What she's doing is called "politics." What they are doing is … something else. 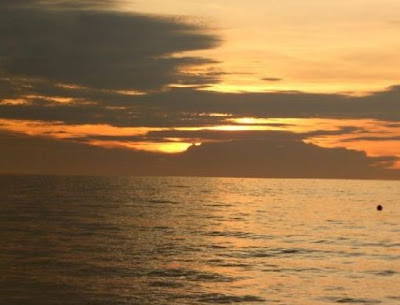 
The Clinton campaign can draw some encouragement from the parallel. Al Gore did not lose by double digits. He won the popular vote by half a percentage point. Hillary Clinton, who is not trailing her opponents anywhere near as badly as Gore trailed Bush, will probably recover, too, as the election draws closer and ingrained partisan allegiances reassert themselves. On the other hand, the precedent also shows the challenge she will face. A bored and disillusioned base, the likelihood of indefinite gridlock, and a skeptical media is a formula not necessarily for defeat, but surely a long, hard, joyless slog. 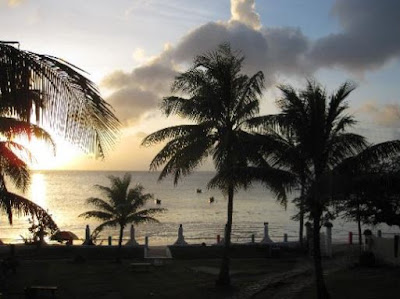 
How Trump Exposed the Tea Party by Michael Lind
By the way, Michael Lind is actually working as an editor at POLITICO. That sort of confuses me given the publication's political nihilism. I've talked about Lind before on this blog (I'm not going to try to find the links now), but suffice it to say his books (most notably Up from Conservatism) and his ideas (remedies for correcting the disproportionate power of Southern and low-population states) have really affected me. He even lives in my neighborhood, and I've seen him a number of times.
Alas, he never looks like he is remotely interested in having a conversation. 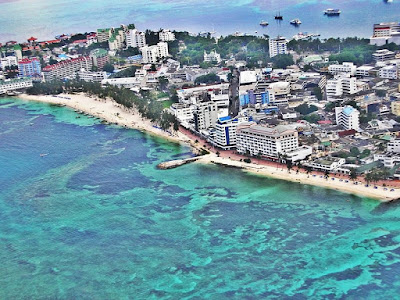 
Here is the biggie by Rick Perlstein:
Donald Trump and the "F-Word"


I can't do it justice, and I'm not even going to try to excerpt it. If you are interested, just read it. To state the obvious, the "f-word" here is "fascist." 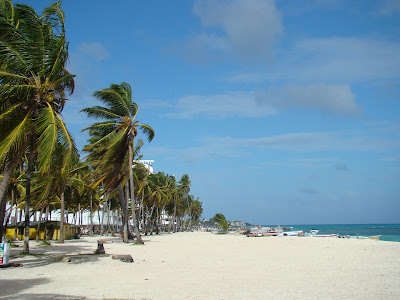 
Next, here is Paul Krugman's New York Times Friday op-ed:
It's All Benghazi


So Representative Kevin McCarthy, who was supposed to succeed John Boehner as speaker of the House, won't be pursuing the job after all. He would have faced a rough ride both winning the post and handling it under the best of circumstances, thanks to the doomsday caucus -- the fairly large bloc of Republicans demanding that the party cut off funds to Planned Parenthood, or kill Obamacare, or anyway damage something liberals like, by shutting down the government and forcing it into default.
Still, he finished off his chances by admitting -- boasting, actually -- that the endless House hearings on Benghazi had nothing to do with national security, that they were all about inflicting political damage on Hillary Clinton.
But we all knew that, didn't we? ... 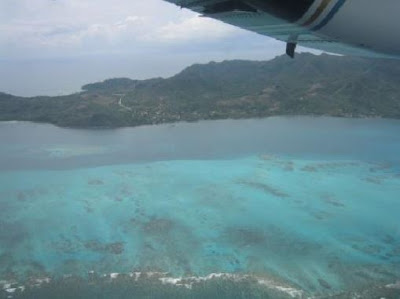 Sometimes I have the impression that many people in the media consider it uncouth to acknowledge, even to themselves, the fraudulence of much political posturing. The done thing, it seems, is to pretend that we're having real debates about national security or economics even when it’s both obvious and easy to show that nothing of the kind is actually taking place.
But turning our eyes away from political fakery, pretending that we’re having a serious discussion when we aren't, is itself a kind of fraudulence. Mr. McCarthy inadvertently did the nation a big favor with his ill-advised honesty, but telling the public what's really going on shouldn’t depend on politicians with loose lips.
Sometimes -- all too often -- there's no substance under the shouting. And then we need to tell the truth, and say that it's all Benghazi. 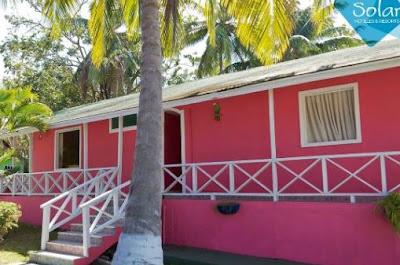 Krugman is certainly talking about the Ron Fournier types. To me, this is also precisely what the Washington Consensus crowd of Fred Hiatt lives and breathes -- a false equivalency in which they themselves occupy some chimerical "perfect bipartisan middle." That itself is a bunch of horseshit for their actual and ultimately dangerous ideology: neoliberal economics and neoconservative warmongering, but let's not get into that now.
As ever, I highly recommend his twice weekly op-eds and his regularly updated blog. 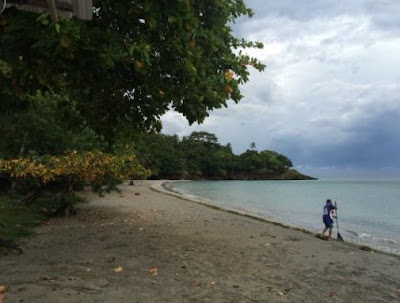 
Finally, there is a new and outstanding Andrew O'Hehir piece in Salon that I read last night that I'd like to repost in full, but I'm going to try to do that in another entry. In the meantime, here is the headline with embedded link:
The Republican suicide ballad: The party that can't govern, and the country that hates its guts
The zombie party that cheated its way to power faces chaos, ruin and universal loathing. Now comes the bad part
Brief excerpt: 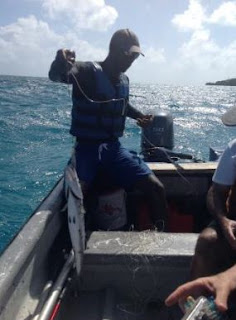 It is time once again to ponder the question of whether the Republican Party can be saved from itself -- and if so, what exactly there is to save and why anyone should care. The GOP's current struggle to find someone, or indeed anyone, who is willing to serve as Speaker of the House of Representatives, the position once held by Henry Clay and Sam Rayburn and Tip O'Neill -- the president's most important counterbalance and negotiating partner, and traditionally the second most powerful job in Washington -- is of course a tragic and/or hilarious symptom of much deeper dysfunction.
*******


Lastly, this was from Bill Maher's show last week (Oct. 2nd). It's about the Republican Party's "Supply Side Jesus":
Brief synopsis: There is simply no tent big enough to fit both Ayn Rand and the Jesus of the Gospels under the same tent, so the GOP invented a new Jesus. Call him "Supply Side Jesus."
OK, that's all for now. I have to get ready as I am meeting Amy for lunch and I guess we'll take a walk. Last night, I had a really nice, low-key time at Larry's Lounge, first talking to Roger and then watching part of the hilarious movie Soap Dish.
Oh, yes, Gary sent me this as I was walking home and I nearly died laughing: 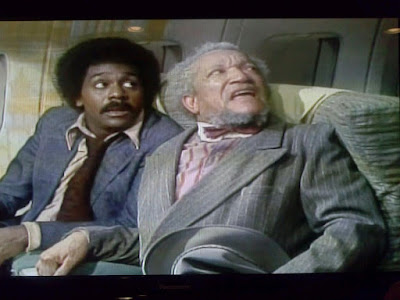 This is from the Sanford & Son episode "Superflyer" when Fred finally sees the stewardess "Jackie" that he's supposed to "fly" from St. Louis back to Los Angeles. "Jackie" turns out to be not so pretty ...
It was a long-running joke on the show over the now-defunct National Airways "Fly Me" ad campaign of the early 1970s (back when flight attendants were all pretty, young women). The ad campaign upset NOW. The thought of that today is kind of hilarious.
FLY ME!
OK, I must get my day started.