Let's start out with a really nice Kim Waters piece ...
"Inseparable" by Kim Waters from his You Are My Lady release (2005)
Just nice.


Next up ... this is just such a sweet and happy song with all the delightfully happy straight couples past which that fellow glides ...
"Built to Last" by Mêlée from the group's release Devils & Angels (2007)
Favorite lines:


"Walking on the hills that night with those fireworks and candlelight / You and I were made to get love right!
'Cause this is real, and this is good. / It warms you inside just like it should,/ but most of all it's built to last.
'Cause you are the Sun in my Universe, / Considered the best when we've felt the worst/ and most of all it's built to last." 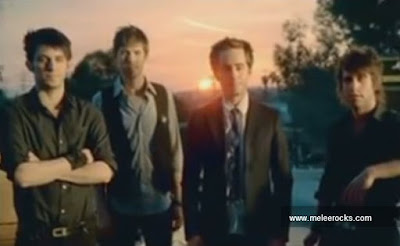 
And now for something Saturday night upbeat ...
"Romeo" by Basement Jaxx from the duo's studio album Rooty (2001)
This is an odd video but an ultimately upbeat one, and I kind of like it. It culminates with a group choreographed dance at what looks like the Taj Mahal at night, or at least some miniature version of it. Yes, and the film is supposed to look like an old, grainy reel.
The woman who "stars" in the video is Indian "Bollywood" actress and model Divya Dutta.
*******


OK, that's all for now. I am signing off with no additional planned blogging at least through Monday night and possibly Tuesday night.
--Regulus
Posted by Regulus at 5:16 PM