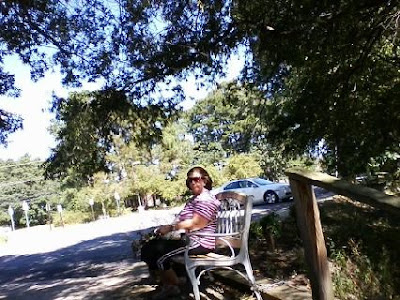 My mom seated outside the Pascal Senior Center, Glen Burnie, Md., 12:20PM September 7, 2015.
I wanted to see this place where she spends so much time volunteering. It was closed on Labor Day so we just stopped outside.
*******


Well, Gentle Reader, it is already flippin' 1AM and I'm not even remotely close to finishing the entry I wanted to post about my Sunday and Monday (Labor Day), much less having even begun my entry featuring my Jersey shore vacation pictures.
This entry is just a "non-update" update to say I am not posting what I wanted to, and it includes some pictures I took on Monday. Those were taken initially in Glen Burnie and then later -- after I got back to shitty D.C. and (without even stopping home) trekked on the Metro back out to Maryland out to Grosvenor Park, where I went into the pool at LP's condo. 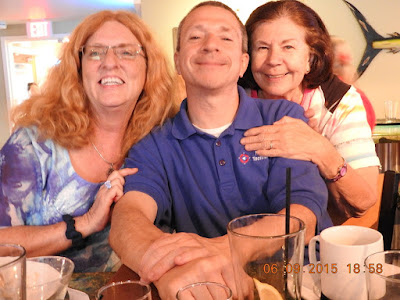 Above: One of the pictures I wanted to post in my planned entry for tonight: Yours truly with my mom (right) and a long-ago friend, Lola H. (left) that I hadn't seen in 20 years (and knew 15 years before that back in Belgium).
This was taken at Lures Bar and Grill in Crownsville, Md., 6:58PM Sept. 6, 2015.
In the next entry, I will give the context.


I had a long day at work and then a good gym workout tonight, but it's just too late even to pretend that I can post something. It wouldn't be until 3AM at the earliest. So I'm throwing in the towel tonight. 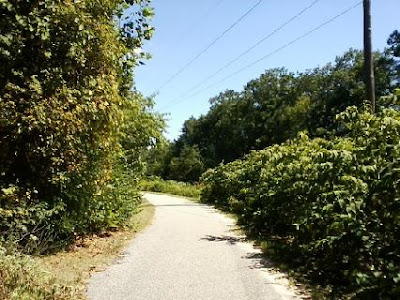 The Baltimore & Annapolis (B&A) Trail looking east near the Pascal Senior Center, Glen Burnie, Md., 12:16PM September 7, 2015.
This is actually an extension of the B&A Trail put in place after I left Glen Burnie and that runs to and around part of the perimeter of BWI Airport.
Oh, and it was frickin' California dry in this picture.
*******


I was also going to post an entry last night but I stayed at Larry's Lounge a bit too long. As for today, I was in pain because, I think, some water got up my nose and in my ears and gave me a terrible sinus headache with dizziness. Yet I managed to have a good gym workout and feel fine now, just exhausted.
I need to sleep.


For that reason, I'm also not even going to try to post a small political / commentary-themed entry links to some outstanding pieces -- esp. Krugman and Chait. 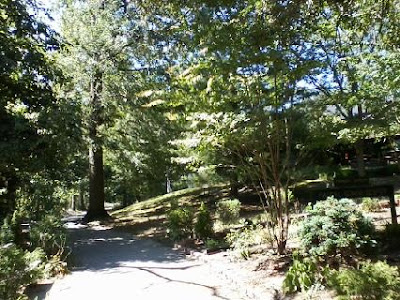 
Thus, I am afraid, Dear Reader, you are left with no real entry except another tiresome weather update (which was going to be the concluding coda of the weekend doings update), so here goes ...
The weather was pure sunny, hot, and shitty on Tuesday with highs in the 90s Fahrenheit including 92F at KDCA and 93F at both KBWI and KIAD. 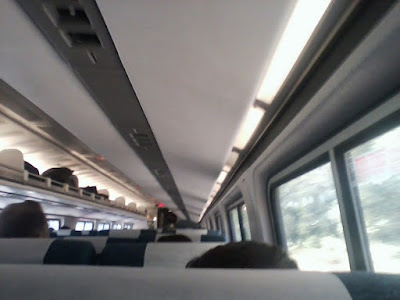 On the Amtrak just beyond BWI Rail Station tearing along through Anne Arundel County en route to New Carrollton and then Union Station in D.C., 1:13PM September 7, 2015.
While the MARC train now runs on the weekend, there was no Labor Day service, so the roughly $7 fare from BWI Airport to Union Station was instead $26.
*******


Neither KDCA nor KBWI had daily records -- those were both 100F and both set in 1939, so both are pre-airport records for their respective cities of Washington, D.C., and Baltimore. By contrast, the 93F at KIAD -- where records only go back to 1961 -- tied for a daily record set on three other occasions including most recently in 2010. 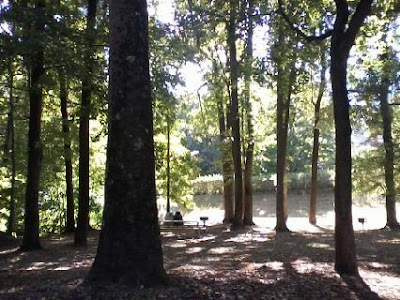 The Grosvenor picnic area, 4:30PM September 7, 2015.
The Post Office refers to this as Rockville, although it is miles from the city limits of Rockville. It is really more unincorporated North Bethesda. I have named the picture as simply "Montgomery County, Md."
There were all frickin' yellow jacket wasps that ruined my little impromptu lunch with food I bought from the Grosvenor Market as I was waiting for LP to come downstairs so we could go to his building's outdoor swimming pool
******* 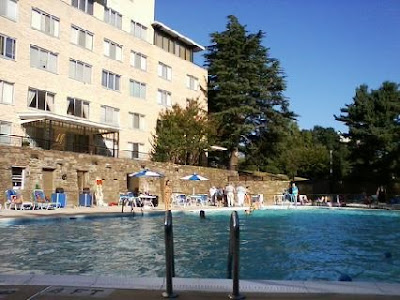 The outdoor pool next to the Grosvenor Park II ("GPII" or "GP2") building, Grosvenor complex, Montgomery Co., Md., 5:11PM September 7, 2015.
There are other pools next to the other three large buildings (GP1 and GP3) and, perhaps, the smaller buildings (not sure). The GP2 pool was closing on this day -- as if summer astronomically, to say nothing of meteorologically, ended on Labor Day and it would snow the following day.
*******


It LOOKS like there will be a rainy / thunder-stormy frontal passage in the Thursday - Friday timeframe. I flippin' really hope so.
As for tomorrow, I'm meeting a former co-worker after work at No. 9. I will try to post the entry I began but these entries are so damn difficult to write because of the complexity, need for photos, and only real time during the week at which I can do it (11PM to 3AM).

Even this dinky "non-entry" entry ended up taking me an hour from start to posting and final read-through with additional formatting edits. 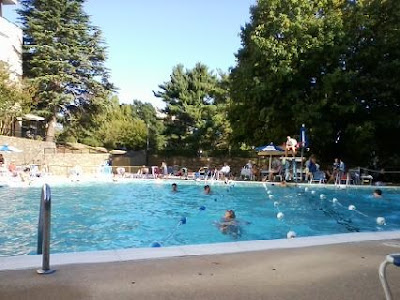 The GP2 outdoor pool, Grosvenor complex, Montgomery Co., Md., 5:16PM September 7, 2015.
Oh, yes, I did too many underwater flips in the deep end and water went up my nose and in my ears that, I believe, contributed to a nasty sinus headache I had most of today.
*******


My apologies to anyone actually out there interested in these updates. I'll keep trying to get the damn entries posted.
--Regulus
Posted by Regulus at 1:54 AM

nice pic of you and your mom!

btw, i found finally where my fam (the family name side) is from in mother-land - krasnyi holm (red hill) village in kaluga region.

here is the link:

Thank you for the link. I will definitely check that out.

Yes, the picture came out nice. I have some other pictures that -- as I wrote in my most recent entry -- I intend to post. I've just been having trouble finding blocks of time to compose them. I'll try again later tonight.

Hope you are doing well.