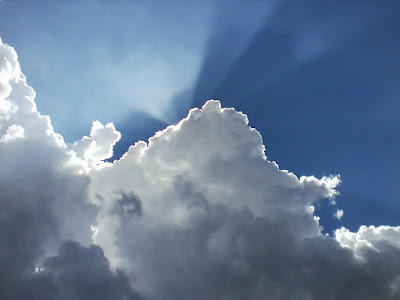 
**Owing to a basically non-functioning little home computer, I could not post this until just now (12:40PM).**
This is just a quick morning post to note that blogging might be a bit thin and/or limited the next few days.
Today promises (threatens?) to be a very busy day including an 11AM dental appt. at the F Street office of Dental Bug for a cavity filling (by Dr. Tsnakis himself); participating as note taker in a two hour teleconference and then summarizing those notes; and assisting my supervisor with mailing out numerous CDs containing the finalized giant document involving Hawaii clean energy environmental planning (the draft production of which I was heavily involved one to two years ago); and anything else that might arise.
Not sure how I will do all of this, although I guess it is good I'm suddenly busy at work.
I also want to go to the gym tonight. 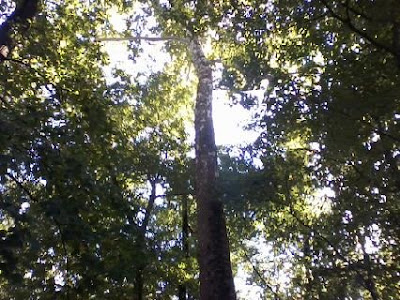 
Last night after a hectic late afternoon work, I had a very nice meeting with a former co-worker and friend at No. 9. However, thereafter everything sort of sucked in that three people to whom I reached out did not want to see me including one who really hasn't wanted to be my friend for quite some time. It sucks when a friendship is over -- and against your own wishes. I deleted his number as I walked the short way home from Floriana, where I had some dinner.
Today is a warm, humid, mostly cloudy day. There is a decent chance of very needed rainfall with showers and t-storms today and tomorrow and the heat hopefully has broken.
I composed this entry on my small ASUS computer. It's really slow. I'm sure it is overloaded with viruses and malware. 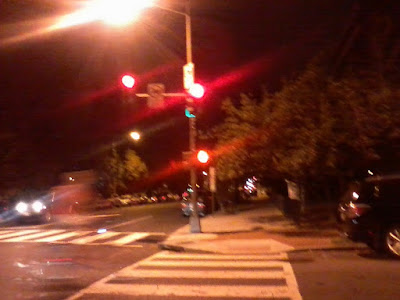 
Oh, yes, I had the weirdest, most complicated set of dreams last night including one in which I was part of a delegation of translators to North Korea where an American basketball player was meeting Kim Jong-un. (Didn't that actually happen?) But the three of us were bad mouthing him -- until I realized the media watching from a distance could read our lips.
Then I was in some future time in New Jersey flying -- as in flying myself -- toward New York City except the world has reverted to a sort of 1970s look, but all very genteel. I've had many variations on this dream over the years.


OK, that's all for now. Unsure if I'll be able to post anything later tonight. As it is, I'm way behind on entries. 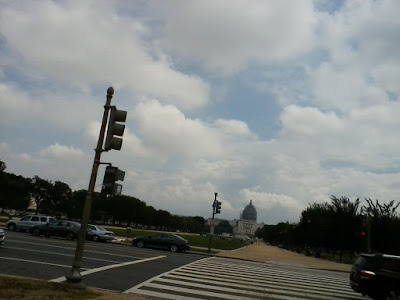 The scaffolding-encased U.S. Capitol dome as seen from 7th Street SW (just beyond the NW-SW imaginary line), Washington, D.C., 11:56AM Sept. 10, 2015.
I was walking to the office from the dentist (see below).


12:40PM 9/10/2015 Update before posting: I went to the dentist and got that done. I walked in a headached torpor in the thick humidity, warmth, and excessive whitish glare of this mostly cloudy day to the office where I now am. I wish it would rain and get cooler, but I'm not optimistic on rain chances.
--Regulus