The Most Dogged of August D.C. Dog Days AND Summer Vacations, Then and Now 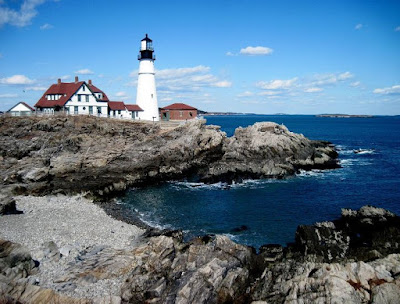 
This is just a brief after work update. I'm actually updating the blog here because I am not taking my work PC home but instead will attempt to use my newly improved used computer (an ASUS Notebook). However, in case it doesn't work, I wanted to post a quick entry.
I am about to head home -- probably walking tonight and stopping briefly at No. 9.
I am actually skipping the gym tonight because I went yesterday late afternoon -- after much hesitation and uncertainty to which I alluded in my previous update -- and had a very good workout including moderate-to-strenuous weightlifting, a 4.75 treadmill jog (which added to my 5.25 mile jog on Saturday brought my weekend total to 10 miles), and a 15-minute swim.
I'm actually sore today, and I don't think it makes much sense to go to the gym a second consecutive day. I intend to go tomorrow and again on Thursday. 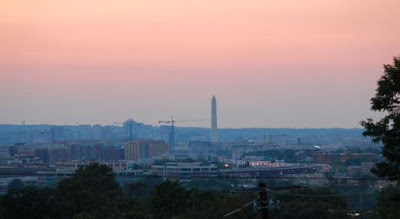 
I'm glad I went and didn't try to bike on that rickety old bicycle in that frickin' heat. It reached 94F for a high at KDCA, although the dew point dropped significantly during the day (from 69F to 56F) only to spike back up at night (as typically happens on these kinds of August days when the convective heating really gets going under a high pressure). 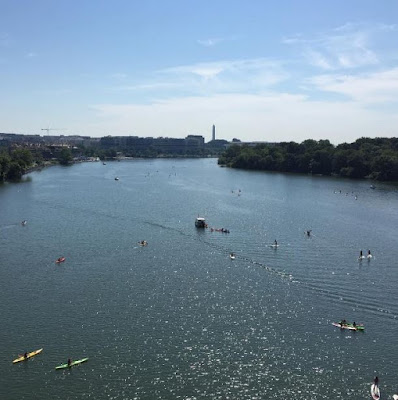 
Today reached a disgusting 96F with a dew point that remained around 70F, so it was frickin' vile outside with blazing sunshine. To be clear, the 96F was no where near the 105F daily record set in 1997, which tied for the second-hottest ever officially in Washington, D.C. 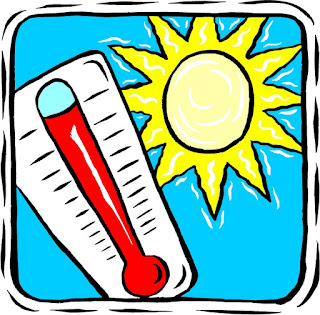 
My sense is that the tidal river side location kept it a degree or two cooler than it was in the downtown area (including M and 24th NW where the weather station was back in the earlier period. 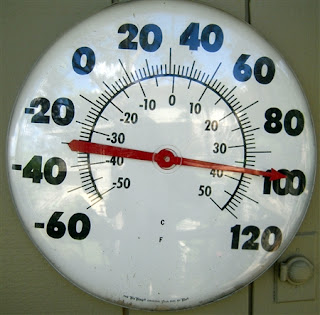 Actually, as I recall, KDCA popped up to 106F but only for 1-minute and the rule is it has to be 3 minutes. (No, Mr. & Mrs. Fox & Friends viewer, that doesn't PROVE "global cooling" or that "global warming is a hoax.")


I actually have a story involving the July 1997 record involving my mom and, more importantly, my stepfather (Ray) but it's intricate to go into here and now.
Anyway, the good news is, the forecast now has a decent chance of showers and thunderstorms for Wednesday and Thursday.


Just as a brief update, after the gym yesterday, I came home, made dinner, dealt with some issues involving the unwanted Chromium browser that someone ended up on my work PC (not to be confused with what is apparently it identical but less aggressive twin, Chrome), and then met Dave J. out for a few drinks.
Dave and I went to the small bar inside at Trio and had a very nice chat with the manager (Lamya), and then I went home and went to bed.
Dave and his young son and wife departed today for a two week trip that will take them -- or at least Dave and his son, as the wife might cut out early to return to D.C. -- all the way to Lake Champlain, Montreal, a haunted lighthouse on the coast of Maine, Salem, Mass., and back to D.C., possibly (time permitting) via the Jersey shore and the Cape May - Lewes ferry. That would be when Gary, LP, and I are in Wildwood, so there is a chance I might meet them. 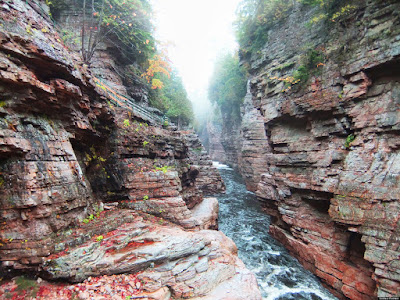 
One of the places they are going -- actually, upon my suggestion -- is Ausable Chasm on the Ausable River in New York. I recommended this as I did that trip with my dad many, many years ago (in 1977 or 1978, just about when I was Dave's son's age). We also went to Lake Champlain, but that was in the summer of 1983, as I recall, on a trip that took us up to Canada including the Canadian Maritimes. 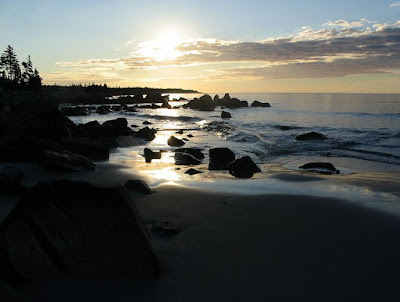 
Unlike my dad, it is highly unlikely that Dave will disappear to leave me alone in the hotel (or rather, cheap motel) room while he prowls a local bar or two, and he certainly won't do like my dad did in Charleston, S.C., in April 1982 when he -- ohhh, never mind.
It's ancient history. Besides, I certainly appreciated the travels at the time and still do to some extent.
OK, let me start my walk home now (L'Enfant Plaza back to Dupont -- not a big deal), although with the ongoing crime spike in D.C. (part of a nationwide urban trend), perhaps I should be worried.
(By the way, the comment section to that story is about what you'd expect.)
I'll try to update this blog tonight from home (though I can't guarantee I will) -- including a bit more on Donald Trump, an endlessly fascinating topic to me.
--Regulus