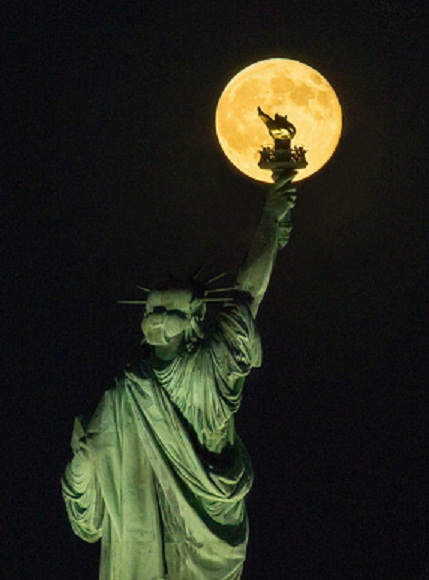 The Statue of Liberty's torch framed by the full "Blue" Moon on July 31, 2015 in a picture taken by Jim Abels.
It was the second full Moon in July, hence the "blue" name. The oval-shaped "sea" on the (as seen from the looking-upon-the-face perspective) upper right limb of the Moon -- just above the "Man in the Moon's" left (right from the viewer's perspective) eye -- is the Sea of Crises (Mare Crisium). It is about 350 miles in diameter or a bit wider than the geographical extent of the State of Iowa.
*******


This is just a very quick Saturday night update. I am also going to try to post my jukebox Saturday night feature, although I really only have two songs for this edition.
I continue to have computer issues, namely, the Barracuda security on my work PC that always take home is back to blocking YouTube. For a while, it was working (except for any videos embedded in my blog entries, which mostly involve aforementioned jukebox Saturday night postings) in that I could access YouTube AND I was able to upload images to Blogger using Internet Explorer.
Now I seem to be back to square one, at least with the YouTube not working.
More vexing than that, because all my internet traffic has to go through Barracuda, there are frequent and interminable delays or simply failures of pages to load, and once that happens, I have to close out the browser to clear its memory / cache because it won't stop trying to load that page.
As for this little laptop, it has its own issues -- it's kind of slow and very small and I simply have to use Chrome on it since IE is so old. 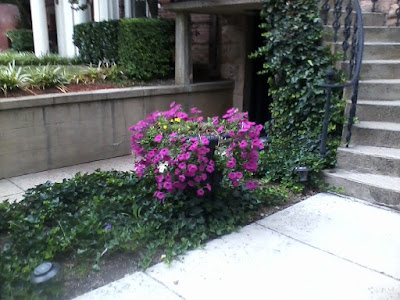 
I had a decent gym workout this afternoon. The 6.35-mile jog (including cool down) helped me sweat out last night's excessive alcohol (vodka) consumption that occurred at Larry's Lounge where I met up with Gary and Howie and later at Fox & Hound (where I met Jamie) and even briefly at Annie's where I went with LP.
I still can't really use the barbells and dumbbells because of my left wrist but I can do everything else. It's the curling action that is a problem.


OK, that's all for now. I am meeting Dave J. in a bit and I think we are going to Ghibellina and then I'll go to No. 9.
Jukebox Saturday entry to (hopefully) follow (and I'll try to post another entry tomorrow early afternoon, but if that doesn't happen, then it won't be until late Monday / early Tuesday).
--Regulus