"Tinsel Town" by Ronny Jordan from his album The Quiet Revolution (1993)
Such a relaxing piece. Alas, Ronny Jordan passed away in early 2014 at the age of 51, but this video features lots of nice still images of him doing what he did so well.
This is, yes, a Friday Night Musical Interlude entry -- of the sort I did starting in about August 2012 and running through June 2013, whereupon I replaced it with my Jukebox Saturday Night feature -- that I am posting because I will be away tomorrow on my Jersey shore summer vacation.
*******

"The Game of Love" by Santana ft. Michelle Branch from Santana's album Shaman (2002)
This is a really nice song. All the kissing is very annoying and distracting to the music, but I still like the song and the sepia-toned video.
*******


And now let's end with something weekend night upbeat and energetic ...
"Bulletproof" by La Roux from the duo's eponymously named album (2009)
I really like the lines: 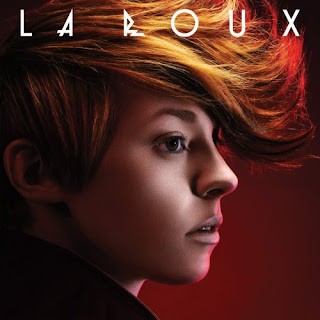 "Burning bridges shore to shore, / I'll break away from something more, / I'm not turned on to love until it's cheap. /Been there, done that, messed around / I'm having fun, don't put me down. / I'll never let you sweep me off my feet ..."


A brief update (with no damn pictures since I don't have the time or inclination for that) ...
I'm not even going to try to post an update tonight. I'm in a bad mood, or rather, a highly stressed one, as I have been all week, and I just want to go out by myself (all plans fell through, didn't work out, or were bogus with which to begin) for a couple drinks. I need to keep expenditures very low (so, obviously, that means going to No. 9 for its $5 vodka deals).
I want to be in bed by 1AM in order to have a few hours tomorrow morning to get ready for (as mentioned above) my impending late summer annual trip to the Jersey shore (Wildwood Crest / Wildwood) via the Cape May - Lewes ferry with Gary and LP and (in lieu of Wendy), Gloria.
It was actually a good day at work and, in retrospect, the week turned out better by the end as I did bona fide work (both client related and a press release with a big announcement that goes out Monday; my original text was used almost verbatim, which is nice considering the complicated topic).
OK, that's all for now. I'll try to post an entry tomorrow morning (that's my intention), in particular since I likely won't post any until at least late Wednesday, perhaps Thursday.
Updated (before posting): My dad called -- I answered and he was actually there -- and we've been talking for an hour while I have been composing this entry. He is trying to find the number of his old, long ago friend Mikey in New Jersey, whose wife passed away 2 years ago, and I am doing a bit of internet sleuthing. He and another friend who died -- Kenny -- were drunk at Mikey's wedding back circa 1975 and got into a veritable food fight. The bride (wife) was not happy with them for years. Ha ha.
--Regulus
Posted by Regulus at 9:57 PM