Four Degrees of Separation: My Failed UMCP Experience -OR- I Do Take These Paths 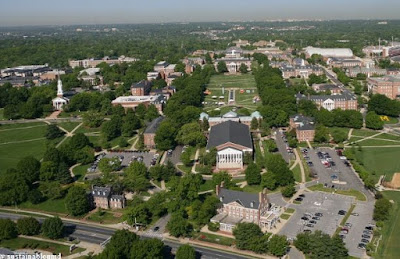 Aerial view of the Univ. of Maryland, College Park (UMCP) campus including McKeldin Mall in an undated photo.
With some exceptions, I am not identifying by caption the pictures in this entry. If you wish to see what they are, click on and download the pictures.
*******


Well, I was going to post a longer entry except I honestly really don't have much to say.
Last night was interesting as far as it went: Going to College Park with Gary in a sort of reverse weekend night from the ones that he and I did so often back in the late 1990s when we would drive into D.C.
The campus was still on summer break so there weren't many people out (except at an inexplicably mobbed R.J. Bentleys, or at least there was the illusion of a mob with a long line outside). Gary and I went first to Terrapin's Turf ("TT") -- the old Santa Fe -- and then to the Cornerstone Grill & Loft (the old 'Vous, itself once the Rendezvous). 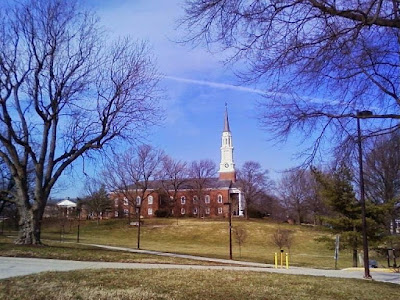 UMCP with its Memorial Chapel and campus grounds, 1:48PM February 27, 2011.
I was in that top cupola once. The view is astonishing -- you can see the entire D.C. area including the Washington Monument and Capitol Building and into the Northern Virginia suburbs (to include the whole Skyline towers complex on Leesburg Pike about 20 miles away).
*******


Honestly, I have almost no good memories from my UMCP days. I carry four frickin' degrees from that University including three Masters degrees, the first of which was problematic (meteorology), the second of which was a total and utter waste (journalism), and only the third of which (public policy) has been helpful. 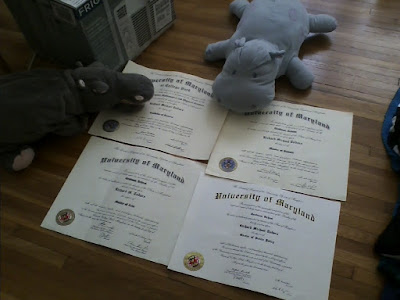 
My undergraduate degree was a sort of useless "physical science" B.S. -- half math and the remaining "half" consisting of physics and meteorology, though in truth I learned zero meteorology in those undergrad courses that I took.
I carry a massive and forever unpayable student loan debt now in excess of $270,000 and growing. It's growing because always in forbearances and will remain so until, if I figured this out correctly, mid-2017 when I am hopeful I can get into an expanded PAYE option. 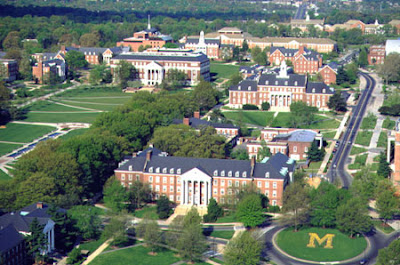 Like most of the present-day "higher education" system in America, UMCP is just running a multi-trillion dollar taxpayer-financed racket for the sake of big banks with students as 19th Century-style indentured servants to an out-of-control late-stage corporate capitalist system that will by the mid-21st Century have simply reverted back to a "Back to the Future" version of feudalism and oligarchy. I won't be part of that system by then. 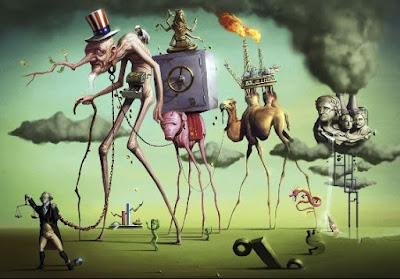 Without getting into all of that, let me just say that for as much as I regret most aspects of my D.C. life, my College Park life was even worse. True, I made three friends there -- from the meteorology gang, namely, Gary, Chester, and Mike G. -- but everything else there was a forgettable waste.
This is amazing given the literally tens of thousands of students I was around and exposed to between September 1992 (when I first arrived in chaotic fashion) and May 2009 (when I got my MPP degree). No, I wasn't there continuously that time but I certainly was there long enough to take 100+ courses. (It vaguely bothers me that I lived by all the fraternity houses for so many years and never even made a casual friendship with any "Greek guy.) 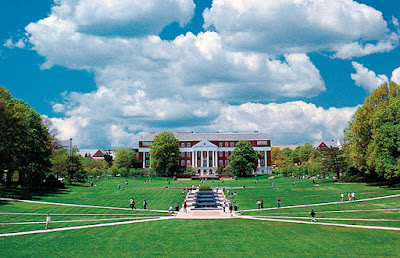 The above picture notwithstanding, the campus is not very pretty in terms of its layout and its buildings -- and in the past decade has undergone a veritable steroidal injection of frenzied new buildings, in particular the north-side of the campus along the vapid and deeply depressing Rt. 1 corridor to the north. The bottom line is that College Park is an ugly town with little to offer that is set in an even uglier broader context of inner Prince George's County on the northeast side of the D.C. area. 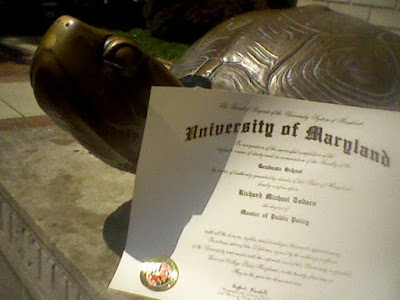 
Oh, and the corporatization of the whole college sports hydra with its biggest twin heads of men's basketball and men's football embodies much that is wrong with the scam of higher education these days. (I actually tutored briefly in the "sports department" and it was as ridiculous as you can image.)
On a personal note, the programs through which I passed had aspects of them that were good -- especially the public policy one -- but my experience on balance was the opposite of any "mentoring" and all the hyper-PC thought-police bullshit that characterizes the modern day American "academy" was there, although perhaps not in as Kafkaesque of a form as it now exists. 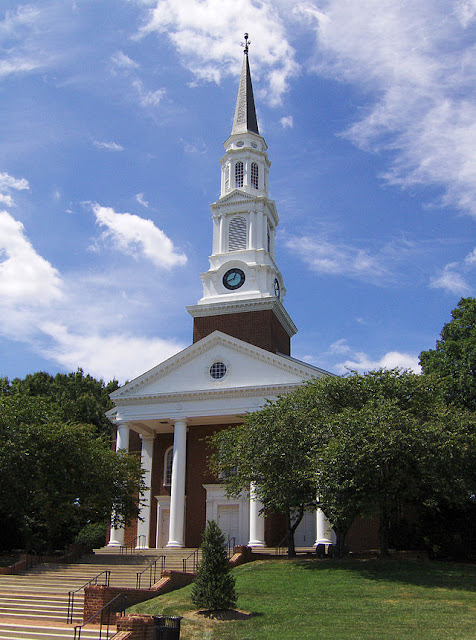 Yes, I had some good professors, but others were indifferent and some were truly dreadful through either complete and almost hateful disdain or (in the case of the old meteorology program, now called this), those professors whose goal was to make a complex but interesting topic as impossible and removed from my genuine understanding as possible. (The "service" offered was so bad that it actually amounts to a type of consumer fraud on its very own terms.)
These professors lived and breathed the tenure system that is slowly mostly disintegrating as universities become more overt corporate capitalist machines. This would be bad except the tenure system itself was such a racket.
The old meteorology department (now called the Department of Atmospheric and Oceanic Science) in the pre-9/11 days was basically staffed only by Chinese graduate students who had zero knowledge of or interest in meteorology. It was glorified computer science / IT. After 9/11 and, as I understand it, a crackdown on TOEFL cheating, that little source of low-wage, high-intellect workers was shut off.
Anyway, I could go on for a while but do not want to.
My plan is to take a bike ride. I'm not sure where to go today but -- my above comments notwithstanding -- I was actually thinking of taking the bicycle on the Metro up to College Park and riding back on a certain route that goes through old Hyattsville, Mount Rainier (Upshur Street!), and into D.C. way up by Bunker Hill Rd. 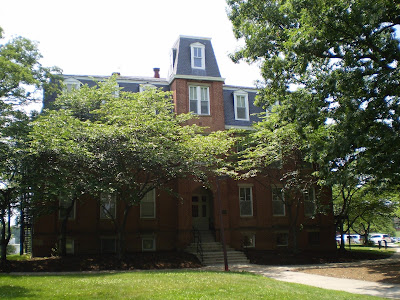 
If I do this bike ride, I will also stop at a few spots on the UMCP campus that I like: the "hilltop" by Morrill Hall (the oldest building on campus and from the top of which you can see the tip of the Washington Monument*) and the passageway under the main front steps of Francis Scott Key Hall where there is the big ventilation fan and some penciled graffiti from January 1969. (That graffiti involves at least two people, Bill and Julia, signing their names and saying something about vowing to "take these paths" -- it's almost illegible now; in fact, it might now be gone).)
*The 8-mile distant Washington Monument pokes above the tree-cloaked rise of University Park and College Height Estates where live some of the wealthier tenured professors.
OK, that's all for now. My next planned update will be late Monday / early Tuesday.
--Regulus
Posted by Regulus at 1:43 PM