I think given this week's history New Horizons' flyby of Pluto, the last of the "Canonical Nine" or "Classical Solar System" -- even if Pluto was unceremoniously downgraded to a "dwarf planet" in 2006 -- it is only right to post this:
"Pluto, The Renewer" by Colin Matthews (2000)
This version may have been performed by the Berlin Philharmonic conducted by Simon Rattle.
This particular YouTube clip -- posted just two days ago -- has the famous "Pluto Heart" image taken by New Horizons on July 13, 2015 literally hours before it whizzed by Pluto. (That region has since been named the Tombaugh Regio by the New Horizons team in honor of Clyde Tombaugh.) 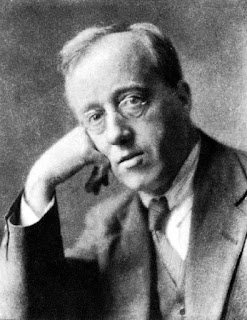 The original seven-movement suite "The Planets" (Op. 32) was by Gustav Holst, written before the discovery of Pluto.

The seven planet movements are Mercury, Venus, Mars, Jupiter, Saturn, Uranus, and Neptune and each with its astrological character. Obviously, it doesn't include Earth.


According to this Wikipedia article, after Pluto's discovery, Holst had no desire to add it to the original suite, with which he had grown "disillusioned" because of its popularity that he felt took away from his other works.
"Pluto, The Renewer" was written in 2000 Colin Matthews, an English composer, who was asked by The Hallé orchestra to write such a piece.
*******


Given today's record-breaking (and desperately needed) rainfall in parts of Southern California, I think it only appropriate to include this lovely song ...
"It Never Rains in Southern California" by Albert Hammond from his album of same name (1972)
As I recall, my dad quite liked this song. I probably should call him at some point. It's going on three months.
*******

Now let's end with something upbeat and happy ...

"Happiness" by Alexis Jordan from her self-titled debut album (2010)
I quite like the song and the video. She is driving an orange AMC Pacer.
*******


OK, that's all for now.
For tonight, I'm going to have dinner at the Old Bar at Old Ebbitt Grill (I'll bike there) and maybe go to Nellie's later.
As for tomorrow, I plan to take a bike ride and stop somewhere for a late lunch or early dinner. Of course, it's going to be disgustingly hot and humid tomorrow -- oh, and as a follow-on to what I wrote in my previous entry -- LWX has issued a heat advisory for the entire Baltimore/Washington region.
As for Monday night, I think I am going with Andrea and Company (as yet to be determined) to the "Screen on the Green" showing of North by Northwest. Of this season's four movie showings, it is the only one I really want to see. (The other "maybe" is The Poseidon Adventure scheduled for next Monday.) I wish these movies weren't on Monday nights.
Anyway, what all this means is that my next blog update might not be until late Tuesday / early Wednesday.
--Regulus
Posted by Regulus at 10:59 PM