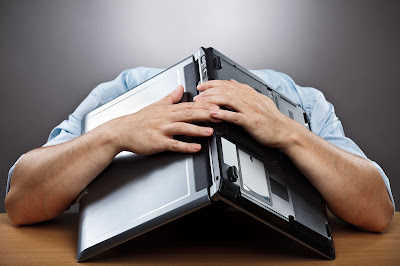 So the reimaging of my work computer -- which I also use regularly (indeed, basically nightly) from home for personal things including updating this blog -- was as agonizing a process as I knew it would be and totally disruptive to my day.
Indeed, it took the bulk of the day including both the actual reimaging process, which was done by the IT person, and the downloading and installing 154 updates including a newer version of Internet Explorer.
The updated Barracuda security is blocking YouTube clips, except I have a temporary workaround to that. Worse, I cannot upload pictures to my blog with IE, so (as happened this morning) I am using Chrome (which I was able to download) to do this (so far, it works). The pictures just simply will not upload to the blog with IE.
In addition, at this precise moment, I have no work files and no picture files on this "reimaged" computer, although all of my personal file and image ones are on that 16-GB USB drive presently plugged into my computer.
Sigh. 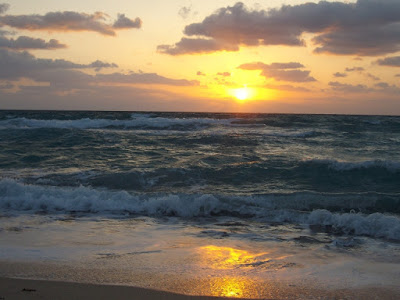 This lovely picture of sunrise on the Florida Atlantic coastline happens to be my current desktop background image. I posted it partly to see if the picture uploading process worked in Chrome (it did).
*******


I hate having to go through these computer agonies and it's really time for me to get a personal home computer so that I don't have to rely on my work computer -- as I have for 3-1/2 years now -- and the vagaries and quirks associated with periodic updates and changing security protocols.
To be clear, it's not work's (my employer's) fault -- rather, it's my own for not having a home computer.
I know that I am way behind in terms of technological prowess and I should at this point have my own computer if only to continue this blog. Trouble is, I am deeply intimidated by computers and I hate the internet in its present ugly form (and yes, I realize there is some irony in the fact that I keep on a generally accessible blog on the internet).
This is all deeply frustrating, and I really need to be more independent in these matters. The trouble is, I never have a spare $400 or so to buy a computer and go through all the rigmarole of setting it up (only to have an endless parade of technical and security issues on a device that lasts me all of a year).
Anyway, I am posting this just to see if a YouTube clip will work (and because it's a hilarious Sanford & Son episode that I found in its entirety on YouTube):
Sanford & Son: "The Surprise Party"
******* 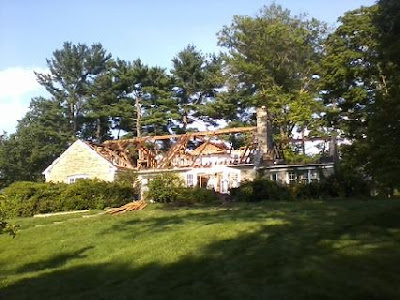 A destroyed house located at 3949 52nd Street NW, Washington, D.C., 6:11PM July 19, 2015.
This is in the Spring Valley section of Washington where you don't see random destroyed houses everyday (or every decade). Spring Valley is the wealthiest in the District of Columbia, and this house is located along the highest numbered street in the Northwest quadrant (not the highest numbered address house). Why this house is destroyed, I have no idea. I know there is the only-in-D.C. amazing oddity of a Superfund site in Spring Valley but I don't think that's what happened here.
The house was just destroyed -- but there were no signs of a conflagration with soot and smoke stains.
Very odd.


So I never got around to posting another entry last night. I was exhausted and, well, depressed over all these damn computer issues that limit my ability to do basic and non-controversial things like updating my blog such as posting images (Internet Explorer no longer allows me to upload pictures and frickin' Barracuda won't allow me to post music videos on Saturday nights, although I can temporarily disable it to do so. All blogging must now be done in Chrome.)
It's just too depressing.


And because it's my work computer, I really can't ask for help in resolving those issues.
I need to get my own computer, but doing so promises to be a costly and vexing issue that I don't want to deal with (with which I do not want to deal?). I also just don't have the wherewithal to figure out resolutions -- whether with my current computer or a new one. I just have a serious mental block.
I also hate computers and the internet. With a passion. 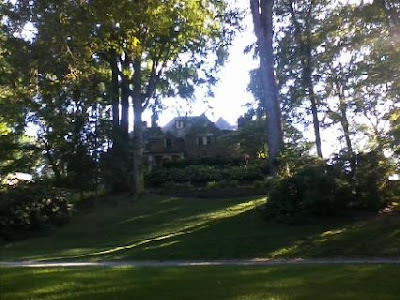 A mansion atop a hilly rise located off Overlook Road / Rockwood Parkway NW, Spring Valley, Washington, D.C., 6:16PM July 19, 2015.
What kind of wealth lives there? It's not a reality in which I live. Even factoring in plumbing, better health, and better diet, I wonder if my apartment-dwelling, limited existence is closer to a Third World person than the people who own and live in this kind of house in their 0.1% world. Or is it arrogant and presumptuous to say that?
*******


As for last night, I was also tired as I had a full gym workout -- my third one this week. I went to the gym so often this week because I will not be going tomorrow because instead I am going to Nick and Luana's wedding.
As for the gym, my foot issues from the treadmill jogging appear to have ebbed considerably, if only because I cut in half (from 4% to 2%) the average incline. But no matter how much I work out, I am at an age and have a body type that the results will always be mediocre.
OK, that's all for now. At this point, I am taking off half a day from work.
End of update and of entry.