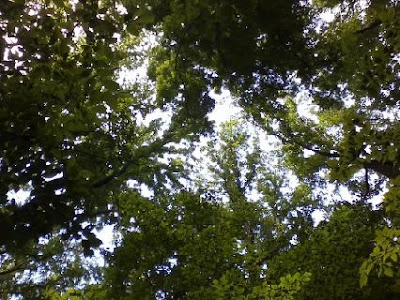 Vibrant, dense green forest canopy of tulip poplars and oak trees in Rock Creek Regional Park, on the boundary of Rockville and Derwood, Md., 4:19PM June 7, 2015.
To be clear, this is right on the border of the City of Rockville and unincorporated Derwood, Md. I had taken my bike on the Metro to Rockville and followed a path I had not previously taken in over to Rock Creek Trail. The total bike ride back home to D.C. was, I estimate, about 23 miles.
*******


The entry that follows was supposed to be a whole stand-alone section in this entry I posted on Sunday. 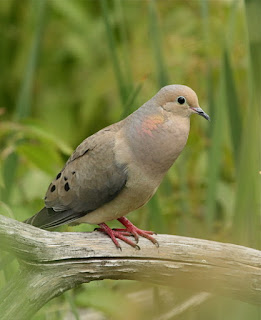 However, I quickly realized then that I would not be able to do this and also take a decent bike ride, and since I don't get paid to keep this blog, it's a pain-in-the-ass to keep up, and I have so few regular readers -- except, of course, for Miss Dearly Beloved -- that I bagged and saved it for a later entry.


Part of the problem was I had an insufficient number of pictures for my liking. I have resolved that by posting the pictures I took on my Sunday bike ride from Rockville back to D.C., primarily via the Rock Creek, Georgetown Branch, and Capital Crescent Trails with a stop in Bethesda for an early dinner.
*******


I wanted to post a quick update including some pictures of myself, but instead (as ever), I've gotten distracted with three pieces I've read in the past few days that I would like to repost in their entirety, except I simply do not have the time or enough images to do that. The best one is, as ever, by Andrew O'Hehir in Salon (an online publication I otherwise often find difficult to read). The piece is the following (link embedded in headline): 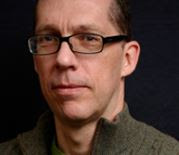 The Duggars and Caitlyn Jenner are the "real news": The reality that the Hillary Clinton media spectacle wishes desperately that you'd ignore.


The sub-headline is: "Why is America so fascinated by Caitlyn Jenner and the Duggars? Because (unlike politics) they might mean something." 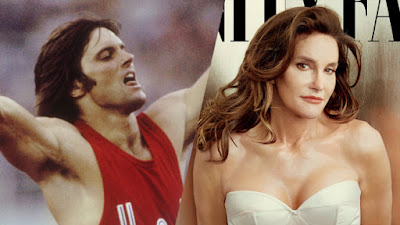 Caitlyn Jenner refers to the person who used to be Bruce Jenner. Yes, that's Bruce Jenner of 1976 Olympics gold medal fame. It's a long story and I have expressly not discussed it here.
It might also include excerpts or an outright reposting of two additional pieces: Jim Newell's Salon piece (link embedded): Everyone is terrible and nothing will ever get better: The garbage fire of a saga that is Hillary vs. the press.
The sub-headline here is: "The Clinton-press feud isn't going away, and both sides are insufferable. All we can do is make jokes about it." 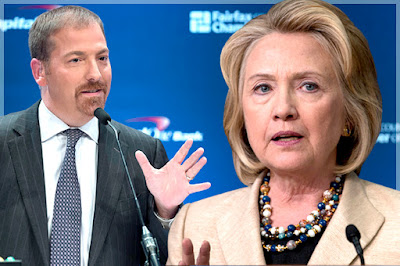 To be clear, though, Newell spends more time exasperated with the ass-hat Beltway political press and commentariat that reaches its apotheosis in the unwatchable, unlistenable, unreadable figure of Chuck Todd. 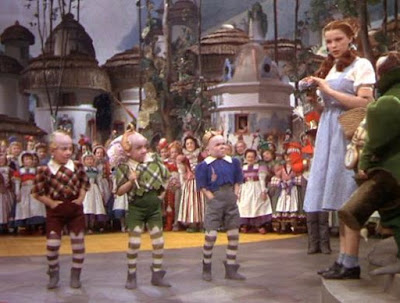 The third one is by Joseph P. Williams in a U.S. News & World Report piece on how banana republic-style fucked up is Kansas (if a banana republic were run by kooky libertarians and fundamentalists) in the era of all-rightwing-radical Republican government by atavistic Jacobins, Sam Brownbackian lunatics, Grover Norquist-style tools of corporate oligarchs and Koch Brothers intrigue, and the like (link embedded): 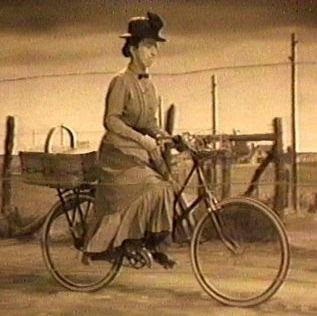 The Dysfunction of Oz: The Kansas GOP is openly at war with itself and the state government is in meltdown.

The O'Hehir piece is just wonderful and depressing.
However, lest I lose too much perspective inside my D.C. Reality Bubble, itself inside a silly American Reality Bubble, I should note that last night, my long-time friend Mike G. -- a Russian ex-pat and now U.S. citizen -- was in the city (from his Maryland suburban abode), and we discussed over dinner in the gayborhood at Dupont Italian Kitchenthe situation in Putin's Russia.
It's very bad. 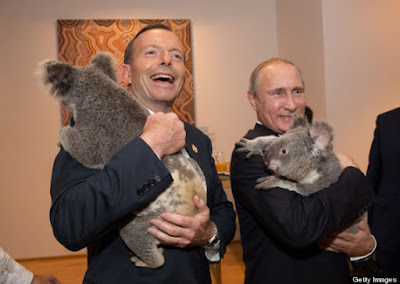 Mike explained how Russia has THREE versions* of a Fox News Channels -- each one worse than the other, each one vying for the title of most jingoistic, xenophobic, homophobic, and warmongering, not to mention engaged in the most extreme hagiographic mythologizing of Vladimir Putin, who at this point basically has designs on being a sort of modern-day Peter the Great if Peter the Great were also a lifelong KGB apparatchik.
*The three nationwide networks I found in this Wikipedia article are First Channel, Rossiya and NTV. I'm not sure if these are the three he meant. 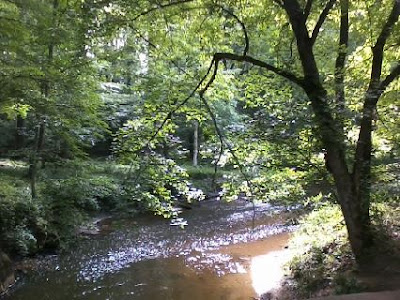 A footbridge over Rock Creek in Rock Creek Regional Park, boundary of the City of Rockville and the unincorporated area of Derwood, Md., 4:20PM June 7, 2015.
*******


Apparently, each network features an endless parade of TV talking heads (all widely pro-Putin) casually ruminating about war -- but not in the American neoconservative way of "We need to go to war with ISIS / Syria / Iran / [Fill in the country]" to protect ourselves against "Islamo-fascism" or to win "World War IV" or whatever the demented Crusader-like theory is, but rather as in "We need to have a nuclear war with the United States now and it will be great."
It's a whole different level of crazy.
The level of paranoia and hatred of the United States -- ostensibly over the Ukraine situation -- is simply off-the-charts with no direct American counterpart. 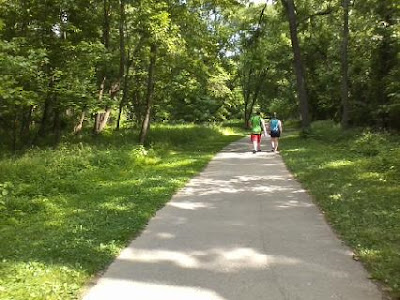 Rock Creek Trail in Rock Creek Regional Park near Viers Mill Rd., Rockville, MD., 4:24PM, June 7, 2015.
Two points: (1) This is still, I believe, technically in Rockville, and (2) Most of Rock Creek Trail does not look like this. As for "RCT," while I like it in this part of Montgomery County, it is a pain-in-the-ass in Kensington as it wends in a miles-long giant "S" run just beside the Capital Beltway while being narrow, bumpy, crowded with drifting pedestrians, and just all-around annoying. Once in the District, the trail breaks down in places and you're supposed to follow Beach Drive (which is mostly closed to vehicle traffic on the weekends).
******* 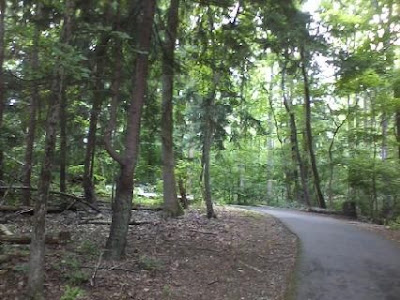 
This led to a discussion between us about to what extent the United States is responsible for this state of affairs, in particular, in the wake of the dissolution of the old Soviet Union and the "free market" reforms so many "Washington Consensus" experts from the U.S. touted -- bleating on and on about it at endless "symposia" and BROOKINGS and other think tank panels -- that were little more than the systematic and wholesale plundering of Russia's riches and the reconfiguration of its society into a savage oligarchy while impoverishing so many Russians. Only the oil boom of the 2000s turned things around and helped Putin consolidate power in the manner he did. 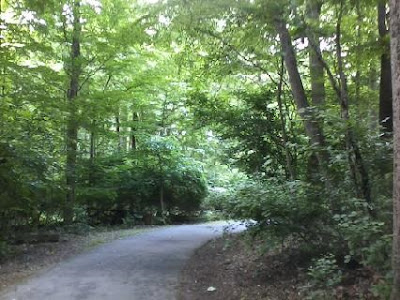 Looking the other way from the picture directly above: A forested swatch of Rock Creek Trail in Rock Creek Regional Park, North Bethesda (or Silver Spring), Md., 4:36PM June 7, 2015.
*******


Concerning the role or responsibility of the United States, Mike isn't as ready as me to assign blame. His view of the U.S. is that it is such a young country that it is like a small child in a super-rich family with all these toys with which to play and yet it doesn't really understand anything.
Regardless, the worst thing in the present situation is the internal campaign of harassment, intimidation, and psychological warfare against gays and lesbians in Russia. This appears to be special project of Putin for reasons that aren't clear to me but the poison he has unleashed in the Russian body politic is virulent and widespread, and the harm it has done to so many gays and lesbians is tremendous.
******* 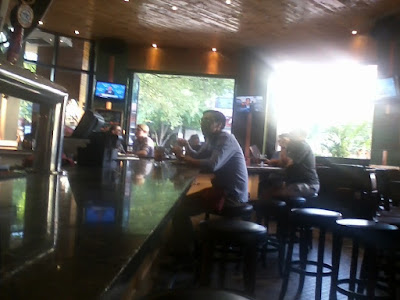 
Let me just end on the unlikely high note from Andrew O'Hehir's piece:
"Despite attempts on both sides to map the Jenner and Duggar stories onto America's political divide -- blue-state liberals as defenders of the media-hogging trans celebrity, red-state conservatives as defenders of the creepazoid Christian family – stories of human struggle and suffering do not pin down that easily. Caitlyn Jenner has confessed to Republican sympathies, and the talking heads of Fox News have openly struggled with how to cover the Duggar story."


"As for the American public -- first of all, it's always a mistake to conceive of "the public" as an undifferentiated mass of hypnotized consumers, the way those jaded Beltway political reporters do. Americans are all over the map, ideologically and culturally speaking, and our beloved country has a high degree of crazy. But I do not believe my fellow citizens are as stupid or as gullible as they sometimes appear. If you want to see democracy in action, here it is: America has voted and the results are in. Our nation has responded to the stories of Caitlyn Jenner and the Duggar family with a passion and intensity it almost never finds in the withered landscape of partisan politics. Is that evidence of what a debased and decadent nation we have become? Or does it tell us that as the realm we traditionally call politics is drained of meaning (or is drained of politics, in the true sense of the world), real politics must be found elsewhere?"
*******


OK, that's all for now. My planned next update will be on Friday or possibly Saturday. I'll be carefully avoiding D.C. Pray Glide, I mean, D.C. Gay Pride this weekend (more on that in a subsequent entry). Yes, I realize the irony in saying that given what I wrote above in this entry.
--Regulus