Linked-In: All the Entry Topics I Would Like to Post (But Don't Have Time to Do Now (If Ever)) 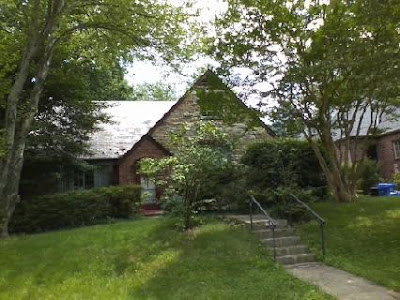 
I didn't get a chance to post a second entry last night simply because it was already nearly midnight when I posted the initial one.
It's not as if I don't have entries I want to post because I do. These include pictures from my Sunday Silver Spring walk (with Quill from a stretch of Sligo Creek park) and subsequent bike ride back to D.C. via Bethesda and Georgetown; excerpts, or maybe all of, Paul Krugman's Monday New York Times op-ed (and other recent ones he posted on his blog); news about Pope Francis's upcoming encyclical on climate change (a complete draft of which was leaked for whatever reason and by whoever), and this related funny Jonathan Chait piece involving Peggy Noonan; the latest Glenn Greenwald smack-down of the media, this time the startling credulous British media (the American media is, typically, though not always, often much more careful with reports involving easily falsifiable information); and the truly weird Rachel Dolezal saga, the genuine (rather than media contrived) interest it has sparked, and how it ties into the thesis of the Andrew O'Hehir piece I excerpted last week. 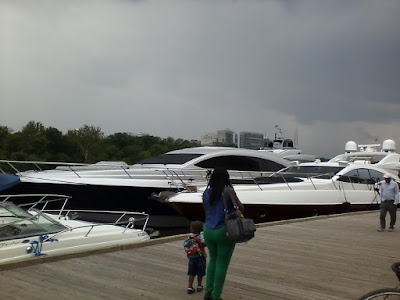 A lady and her small child stand on the boardwalk along the Potomac River with two yachts -- one of which certainly classifies as a "mega-yacht" -- docked at the Washington Harbour in Georgetown, Washington, D.C., while a thunderstorm approached from the west, 4:52PM June 14, 2015.
*******


Oh, and I wanted to post excerpts of this WaPo piece about the mentality of certain 0.1% ultra-rich Californians when it comes to cartoonishly profligate wasting of water during an epic drought; the article is NOT an Onion parody, though it reads that way. It is a mentality that is basically libertarian fascist and almost childlike clueless, and shows the alternate reality in which the superrich can live.
Alas, I can't do any of that now as I need to go to work. I will try to post an entry tonight.
I might just go to the gym again tonight -- per my previous entry, except it would not involve any jogging -- and at least try to do some weightlifting. I'm not sure.
That's all for now.