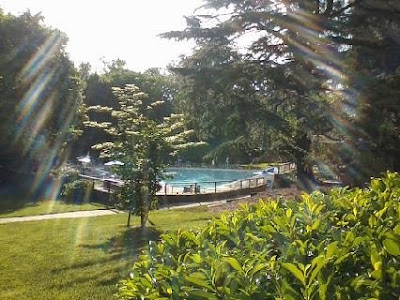 The swimming pool that is part of the Grosvenor Park II high-rise, Rockville, Md.*, 5:55PM May 24, 2015.
*The Post Office considers Grosvenor Park in Rockville, although it is not in the City of Rockville and is more unincorporated "North Bethesda" than anything else. For that reason and for simplicity's sake, I have labeled all my pictures from there as "Rockville."
Blog Editor's Note: The pictures in this entry are were taken on Sunday early evening on the sprawling grounds of the Grosvenor Park complex at the start of a bike ride from there back to D.C. (explained below). I also made my obligatory stop at the little Grosvenor Market. LP -- who lives in "GPII" -- was not home.
*******

Tuesday morning after the Memorial Day holiday weekend, "summer" now underway (even if the astronomical / seasonal start is still about 3-1/2 weeks away).


I don't have time to post a content-filled entry this morning; however, I just wanted to post a quick to one have a new lead entry. 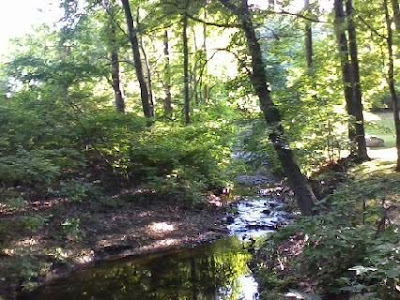 
I took about a 30-mile bicycle ride yesterday that started at the far end of the Silver Line in Reston, took me through the Town of Vienna (and its Memorial Day town barbeque) to Shirlington (where I had a nice early dinner at Capitol City Brewing) to Jones Point (where I was able to touch the South Cornerstone) and through Old Town (where I caught literally the last minute of the annual jazz festival -- the last time I was at that festival was in 1992 with Quill and her parents) and then up the Mount Vernon bike trail back to D.C. by sunset. 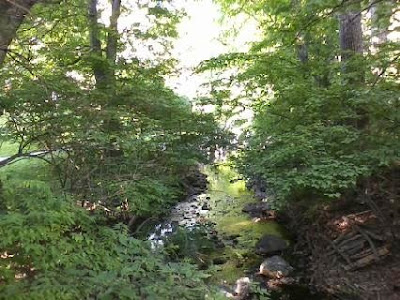 
I have a number of pictures to post from yesterday's bike ride, but that will have to wait. I'll try to post them in an entry tonight after the gym, but sometimes I get such a late start doing so that it just isn't practical and I end up posting them in a topically unrelated entry just to break up the text with images. 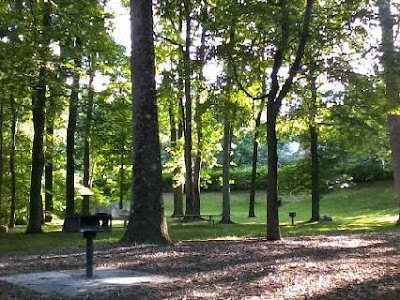 
One last item regarding my recent rides: I probably biked about 50 miles in all between Friday and Monday in three rides, which probably overdid things. Furthermore, the Sunday bike ride -- from Grosvenor / Strathmore Metro back to D.C. primarily via the Bethesda Trolley Trail and Capital Crescent Trail -- was not a good one because the concluding part -- passing through the Washington Harbour in Georgetown -- was so difficult owing to the extreme crowds and traffic. I should not have taken that ride. As noted above, the pictures in this entry were taken at the start of this bike ride. 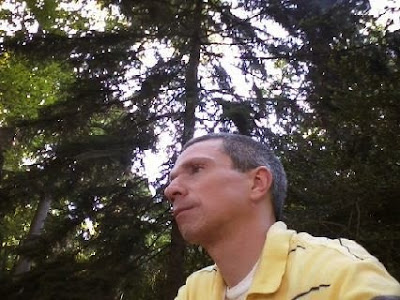 
One other item: I should find out this week if my third and final "option year" for my "mandatory forbearance" due to "excessive student loan debt" on my Direct Loans -- serviced now by Navient -- has been approved. It should be since I qualify and, as I understand it, one has 36 months in three 1-year options. This is sort of the most worrying point of the entire year for me as I head toward late May. Once it is done, then the rest of the year is "denouement" for debt / finance worries, only to start up again in January. 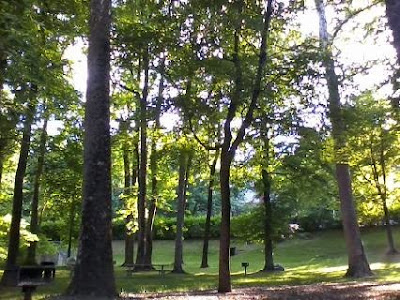 
Thereafter, I have 1 remaining year of general forbearance. I will have to start paying (if I have reckoned this correctly) in June 2017. By that point, I am hoping that Obama's expansion of the PAYE option -- 10% of discretionary income -- will have gone through regardless of whether we have wall-to-wall Republican government (i.e., if Hillary were not to win). Of course, anything is possible. 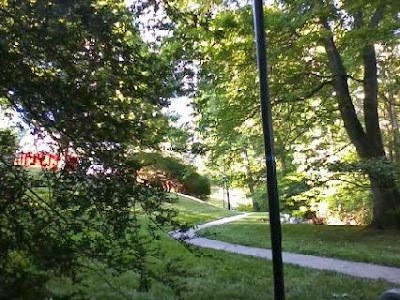 
It is a sunny, warm morning with highs forecasted to be around 86F. There is finally a chance of showers and t-storms this week with highs around 85F or so. 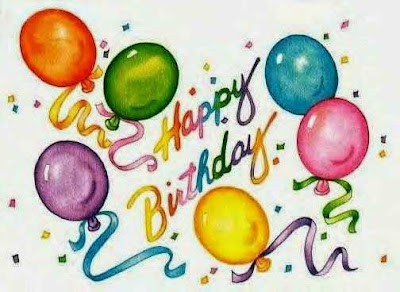 Oh, yes, how could I forget: Today is Miss Wendy's birthday: HAPPIEST OF HAPPY BIRTHDAYS, WENDY!
I would like to take you to dinner, although it might be a bit delayed into early summer. (Yes, I know: That's kind of lame to have to wait.)
OK, that's all for now.