Jukebox Saturday Night Entry for May 9th, 2015: The His & Hers Plus Sand & Cash Edition

"Across the Sand" by Earl Klugh from his album Move (1994)
I love the deep-throbbing lyrics that are chanted at one point in the song, though I've no idea the language or what is being said.

And now for something more Saturday night energetic ...

"Take Me Home" by Cash Cash (ft. Bebe Rexhe) from the group's third EP (extended play*) Overtime (2013)
*Note: An EP is longer than a single but not as long as an "LP" (long play) album.
Cash Cash is a described by the Keeper of All Knowledge (Wikipedia) as an electronic dance music group from New Jersey consisting of consisting of brothers Makhlouf (Jean Paul and Alex) Makhlouf and Samuel Frisch. 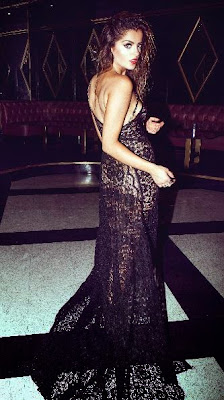 This song has the mix that I like -- at once dance beat energetic but with a touch of the mournful to it, all the more so in the wonderful lyrics sung so powerfully by Albanian American singer Bebe Rexha. She is not part of Cash Cash but sang the lyrics for this song. Having said that, I don't particularly like this "official" video because there is too much simulated (straight) sex even if Ms. Rexha seems perfect for that role, too. (Yes, I realize it's a different woman in the video "story.")


Nevertheless, I rather like the song including how Ms. Rexha sings it with an accent that gives the lyrics an even better and distinct flavor (unlike, say, the twanging in country & western songs that just sounds dumb).
*******


As the briefest of updates, I made it to the gym (where I had a "meh" workout) and did my laundry (including some bedding, which always makes doing the laundry a much more vexing proposition including cost but the reward is a good one in terms of a fresh-smelling and clean, comfy place to sleep).
As I mentioned in my earlier blog entry, this weekend is problematic for posting additional entries although I will try to do so tomorrow morning, at least a short one in which I explain the issue.
Tonight, I'll try to go to Old Ebbitt Grill (I haven't been there in a while) and then to No. 9 and perhaps Nellies (I haven't been there in a while either).
--Regulus
Posted by Regulus at 9:25 PM