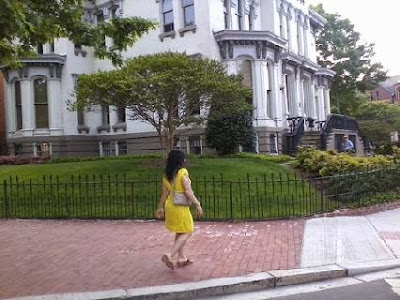 
I am posting this blog entry DESPITE the fact that I simply should not do it if I want to take full advantage of my one frickin' "free" day of the week when I have no work and no chores to do and nothing else is getting in the way. This is the "free" day that I take a bike ride in the warmer months (such as now).
Weighing over me mightily this weekend is a major editing assignment that is due "COB" on Monday (though "COB" isn't a set time). It requires editing a 49 page document, although the actual report is 34 pages (the rest are references, etc.). Nevertheless, it has to follow a certain format based on a set of instructions. 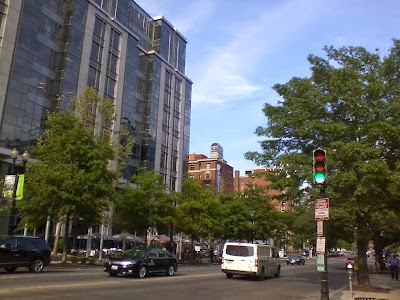 
Ideally, I would need to spend 3 to 4 hours on it over the weekend (i.e., today) in order to complete it on Monday. The trouble is that my "schedule" -- such as it is -- is so filled up and ultimately regimented between work, gym, "play" (if that's what going to bars and restaurants is considered), blogging, and sleeping, with Sunday my only truly free day -- that I don't have an extra 3 to 4 hours. 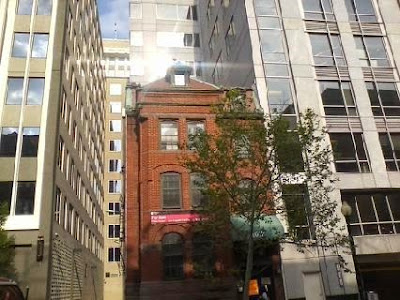 The Zion Building at 1017 12th St. NW, Washington, D.C., 5:10PM May 8, 2015.
It is called the "Zion Building" right on the fading directory, and it is still abandoned after all these years except, perhaps, for any squatters who found their way in there. I've mentioned this building many times on this blog over the years. You can do a search of the name to find those other entries. I don't have time to look for all of them now.
*******


So despite myself -- and despite the fact that no one except the Earnest & Unctuous Amongst Us will read it -- I am posting this entry, although I should still have time to take a bike ride. Let me just say that this blog is a royal pain in my ass more often than not.
My Friday night was kind of fun with Milan. We went to No. 9 and Stoney's for a late pizza. Actually, earlier on Friday, I took off a couple hours from work (leaving early) and walking home and stopped at Elephant & Castle on Pennsylvania Avenue. 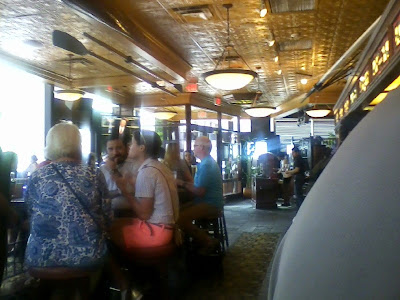 
Last night was meh, although I had a nice dinner at Old Ebbitt Grill at the Old Bar and bartenders Larry and Andrea were happy to see me. (I biked the roughly 1.5 miles there.) Later, I went to No. 9, where I met LP. I was initially in a bad mood but then it got better. As I may or may not have mentioned on this blog (and as I said to Jose last night), I don't even particularly like drinking and sometimes I hate it and just can't do it, yet is seems to be part of this vapid urban gay life.
It is kind of just a thing we do, especially on certain nights and in lieu of having families and living in suburbia with wives who feed us beef macaroni and cheese.
That being the case, the flavored antifreeze vodka soda drinks are depressing but they are about the best at limiting the calories and sugar from too much alcohol. At Old Ebbitt, I had a mixed drink and a nice glass of Pinot Gris ("Grigio") wine with dinner -- and it was actually a good glass rather than the usual swill that most places serve. 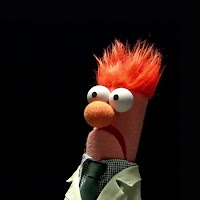 Oh, yes, while there, I saw the Gay Muppet but thankfully there were no accompanying M. WADE sightings. I so don't need that in my life. I mention it because I often get two for the price of one with them as the former is the sidekick (an likely earnest informant) to the latter.


I made it to the gym yesterday but it wasn't the best workout. While I got in the 6-1/2 mile treadmill jog, the weightlifting was mediocre at best. I was actually still sore in the mid-region from trying to do "core" exercises on Thursday. It still hurts if I cough at all. I then had a 15 minute swim. I'll try to go tomorrow night. 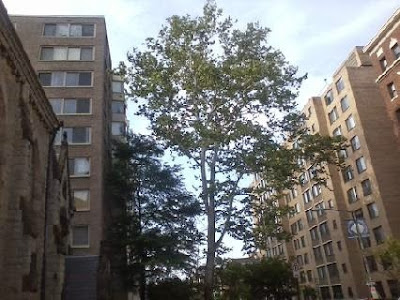 A very large sycamore tree that grows in the 1100 block of 12th Street NW, Washington, D.C., 5:13PM May 8, 2015.
This tree is right in front of the Horizon House, a D.C. government-run public housing facility for senior citizens and the disabled that's as bad as you would expect given all those descriptors.
As for this tree, you can actually see it all the way from the National Mall -- since 12th Street is a through-street that also gains elevation heading north.
*******

The No Weather Chronicles ...


The weather today here in Washington, D.C., and the larger National Capital Region is partly cloudy (well, actually, it's "partly sunny" except that's not an official NWS term) and warm with temps. around 80F and humid (dew point around 68F) with a southeasterly breeze and puffy cumulus clouds in the sky. We're actually in the tropical "envelop" of weak tropical storm -- Ana -- that has come ashore at the usual favored spot: Cape Fear / Wilmington, N.C. 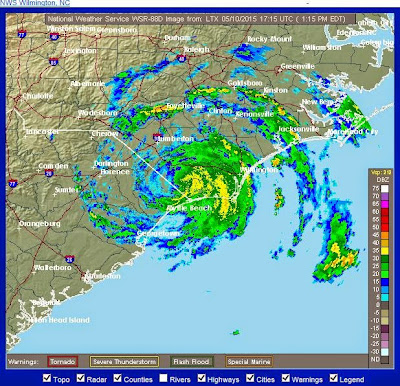 
The storm slowly spiraled ashore with a few heavy rain bands and gusty winds and is sort of drifting north. It is expected to move toward the Virginia Tidewater and Delmarva, but it is such a small, weakly organized system that at most the D.C. area will see just a few scattered t-storms. Sterling couldn't downplay this enough, and OF COURSE, they'll be right. 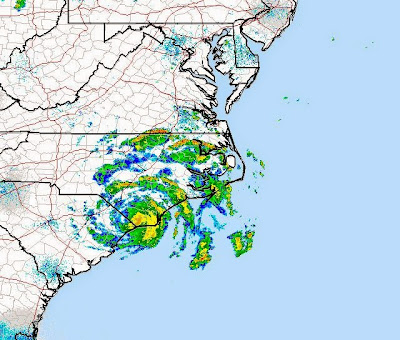 
We could use some rain, in particular as we do the long, interminable climb into the humid torpor that is a Washington area summer, and because we are below normal for the month. For the year, it varies depending on location whether it is about, above, or below normal. 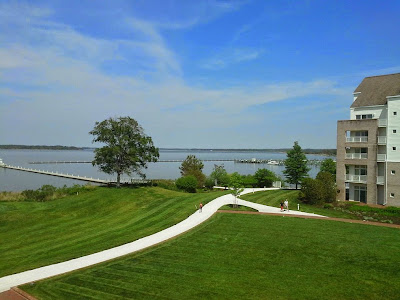 The Choptank River as seen from the Hyatt Regency Chesapeake Bay Golf Resort, Spa and Marina in Cambridge, Md., 3:04PM May 8, 2015.
See below for explanation (since I know this is a randomly inserted picture).
*******


The three regional airport climate station numbers through yesterday are as follows for precipitation (where "normal" is the current 30-year base period of 1981 - 2010): 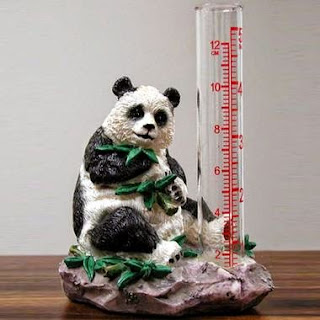 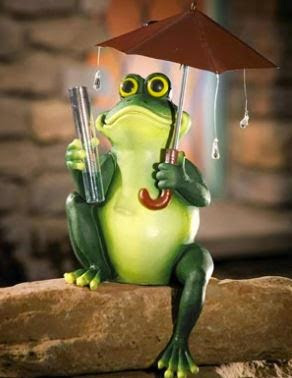 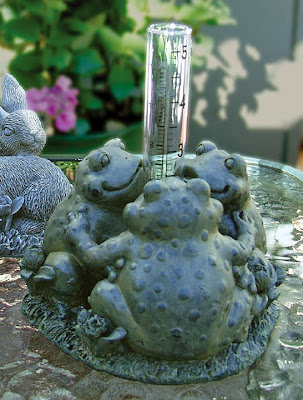 Before I end this entry, I would like to post one more picture that my mom sent me from weekend stay at the Hyatt Regency Chesapeake Bay Golf Resort, Spa and Marina in Cambridge, Md. They went there courtesy a voucher from her former place of employment where after 30-1/2 years of service, she was more than entitled to it. 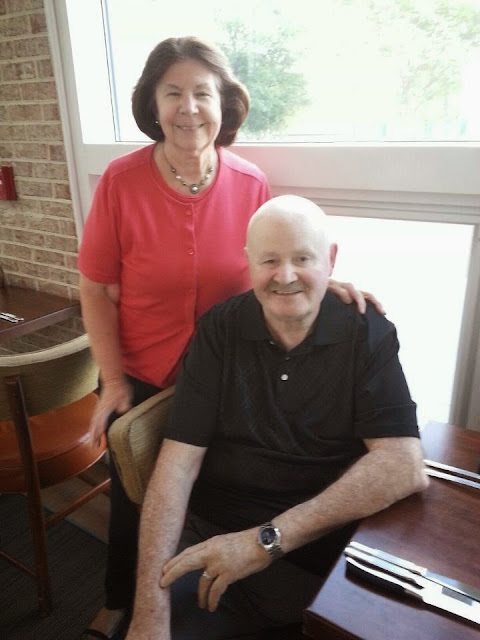 This is my mom and stepfather (Ray) at dinner at the Hyatt Regency Chesapeake Bay Resort, Cambridge, Md., May 9, 2015.
This picture noteworthy because Ray does not usually smile. Indeed the following picture ... 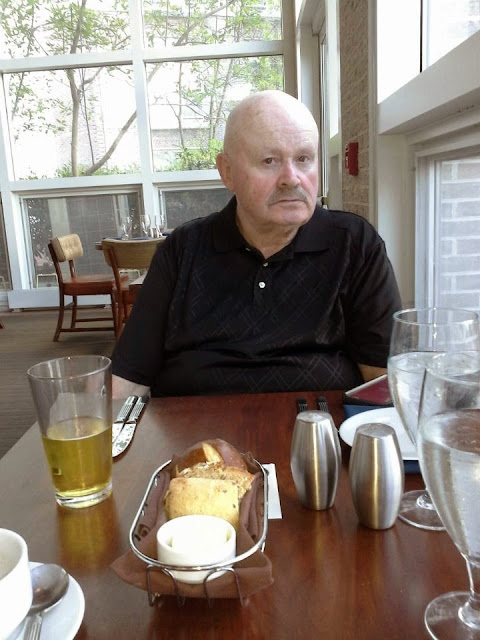 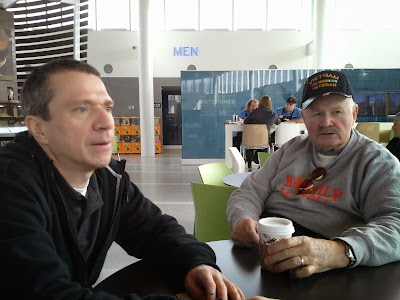 Yours truly and Ray.
I think this is probably the only picture of Ray and me together that I have. 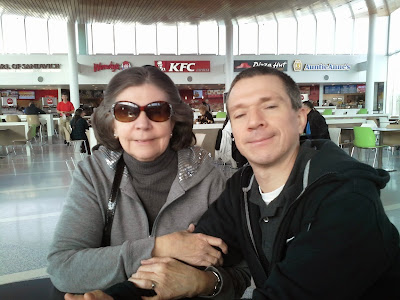 Yours truly and my mom. (Oh, and of course, Happy Mothers Day, Mom!)
Both pictures were taken in the food court of the redesigned Chesapeake House rest stop along I-95 in northeastern Maryland around 1:20PM on January 23, 2015 (incidentally, my dad's 74th birthday).
My mom, Ray, and I were going to New Jersey for the funeral of my great Aunt Babe -- a funeral that occurred on what would have been her 102nd birthday. Although Aunt Babe was part of my dad's family (the younger sister of my late paternal grandmother), I went there with my mom and Ray. (My dad did not come up from Florida.
He was probably too busy in some brawl with Shannon (half his age) involving the police and her being "banned" from the trailer park (a remarkable achievement) or screaming at the television or singing drunken karaoke or losing his ATM card in the machine for the 26th time -- all the things a 74 year old man should do.
OK, that's all for now. Again, I might not have a posting until Tuesday. As for today, I should have enough time to take a decent bike ride.
--Regulus