Wholly This Saturday -OR- Just Passing Over This Easter Weekend 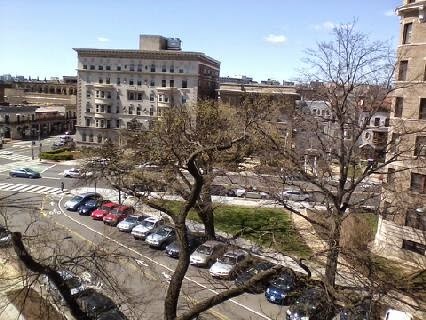 The view from my 5th floor Hampton Courts apartment building overlooking the 2000 block of New Hampshire Avenue and the intersection of that thoroughfare with 16th and U Streets NW, Washington, D.C., 12:43PM April 4, 2015.
This entry also includes the pictures that I took on my walk last Sunday with my friend Nick.
*******


Today is a brightly sunny, cool, windy day across the Baltimore/Washington area. It's about 57F here in D.C. at the noon hour with a northwesterly wind gusting as high as 45MPH and sustained 20 to 25MPH. Dew points are low -- around 30F -- following a frontal passage yesterday that brought some light rainfall, totals about one-quarter inch.
I have my 5th floor apartment windows open in (or at least one of the "living room" ones and the bathroom one) and the wind is surging in, causing my mal-formed but otherwise seemingly healthy and vibrant gold dust croton to bow and nod vigorously. 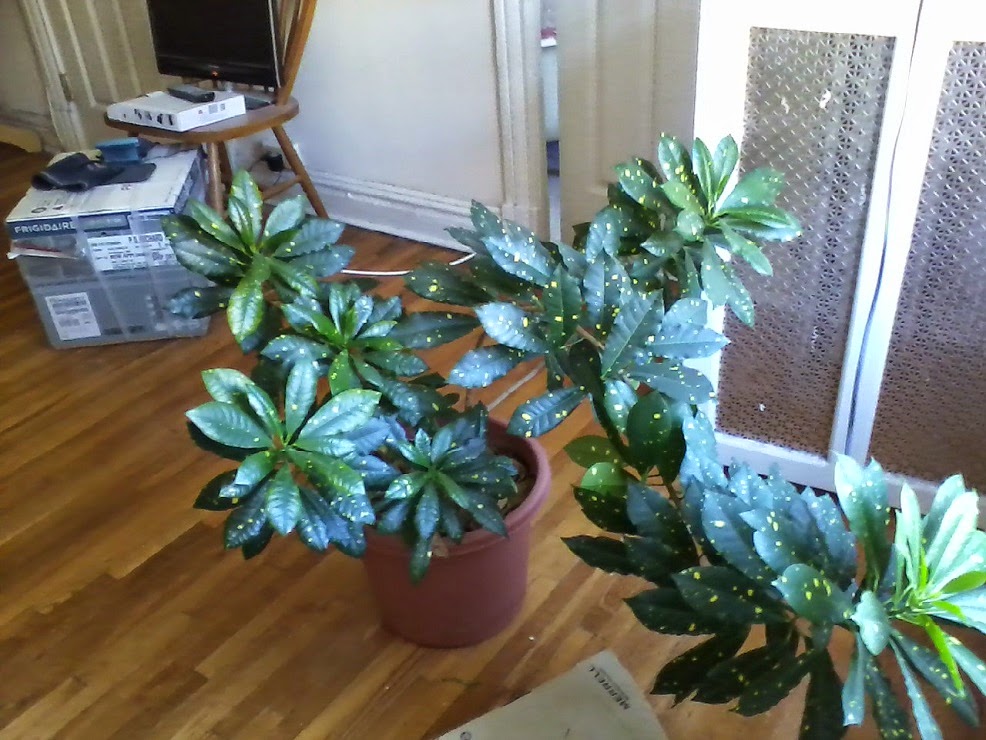 
Through the open windows, I can hear the sounds of the city coming into my apartment ... ubiquitous traffic ... car horns ... grumbling buses whooshing by, sometimes braking and letting out explosive decompressions of air that "lowers" the steps for some handicapped or elderly person's sake (and with the customary "beep, beep, beep" sound) ... muffled voices, sometimes laughing, sometimes yelling, sometimes annoying  ... the occasional barking dog ... and frequent sirens of the vast "First Responder" armada always plowing through the nearby 16th and U Streets and New Hampshire Avenue six-way intersection.
Honestly, it sounds worse than it is. I don't even hear anything at night with the window closed and fan turned on.
The blossoming trees are finally starting to flower after the delay due to the cold winter weather that ran through March. The tree pollen is beginning to surge and I have to take Claritin or some other anti-histamine for it. 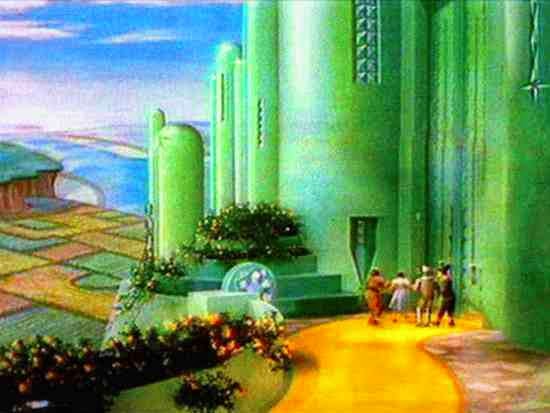 It's also tourist season here in the city, Washington, D.C., Oz, the Imperial Capital, so all the usual spots are overrun including all our favorite Red Staters from the hinterlands of the Empire.
Anyway ...


Last night was a very pleasant night. To be clear, I had gone out on Thursday night (a non-gym night), and while it started off quite fine -- Andrea and I went to Tsunami after work -- it got a bit too boozy for me as I then went to No. 9 and finally to Floriana downstairs bar to see Jamie and where I met my friend Roger.
I don't quite remember leaving. 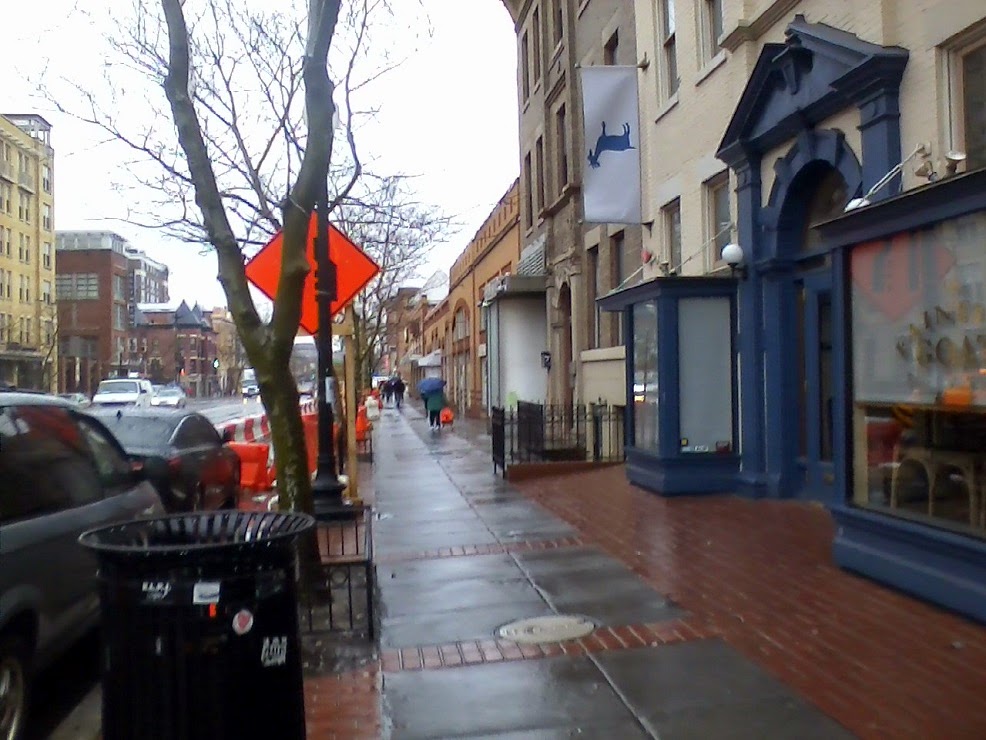 
I still had to go to work yesterday, although I took off two hours in the morning. As it turned out, the office was virtually empty. At one point, I was the only person there. (I did get to analyze and give my opinion on an informal legal brief that was kind of interesting, esp. to see how a really stretched argument is made.) 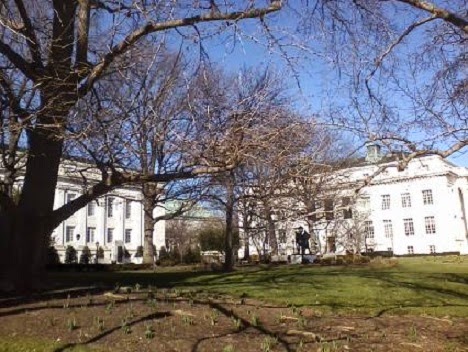 The Red Cross buildings as seen from D Street NW, Washington, D.C., 4:43PM March 29, 2015.
I already posted another image of the "Men and Women Killed in Service Memorial" taken in this spot in an earlier entry.
*******


Last night -- the start of Passover, except I'm not Jewish, though I often wish I were* -- I toyed with the idea of just staying in (an unthinkable for a Friday night) but I still went out around ten o'clock. I was going to go to No. 9 but instead went back to Floriana, where again I met Jamie. We ended up having a really wonderful, low key night filled with engaging conversation and interesting people.
It was D.C. and its little Dupont community the way I like it but often do not experience. 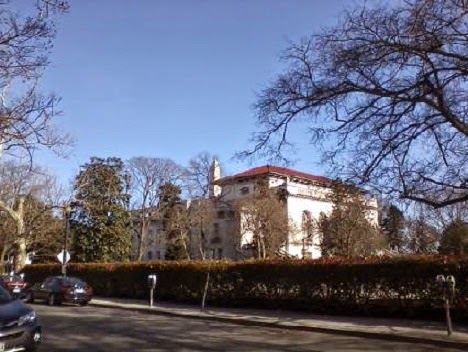 Organization of American States (OAS) Building, Washington, D.C., 4:49PM March 29, 2015.
I believe that the geographic center of the original 10 mile by 10 mile Federal Territory (i.e., the District of Columbia plus present-day Arlington County and part of the City of Alexandria) is actually located on the OAS grounds, though I do not know exact spot.
*******


Oh, and [D] put on The Golden Girls (on Hallmark) so I was able to watch two episodes of that as well. I literally must know the dialogue of every episode.
We actually continued things at Larry's Lounge, where there was a late night crowd. Jonathan showed up directly from La Tomate and had his first drink in six weeks -- he really observes Lent. (It was also the start of Holy Saturday ahead of Easter.) I wish I could do that.
And that was the night -- just terrific all around. 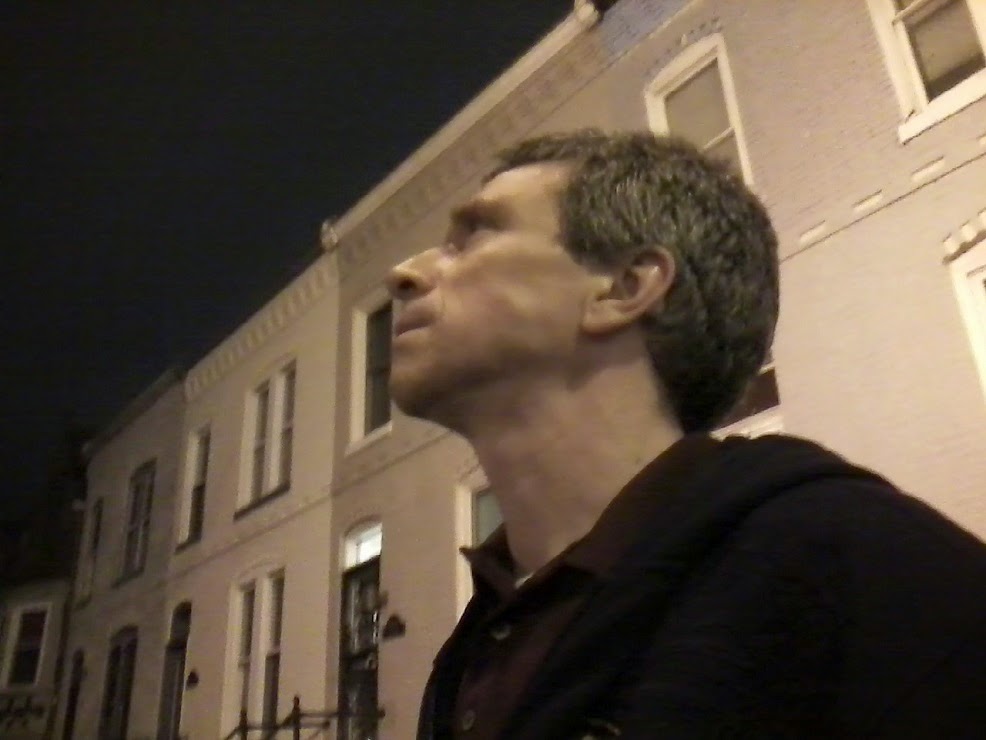 
Today is a gym day. I also need to do my laundry this evening. I really need to get a haircut -- I'm starting to get the uncontrollable mop that even the American Crew pomade can't tamp down or "style" in any way. 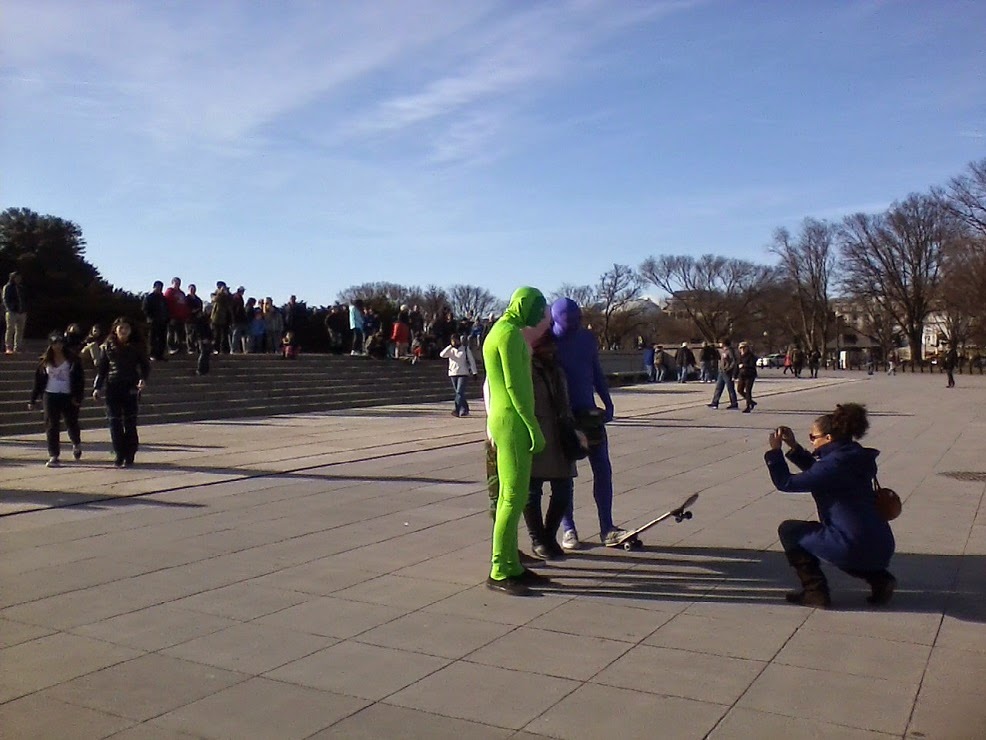 
As for tomorrow, I'm going to Quill's parents' house in Silver Spring for Easter Sunday. As I've occasionally mentioned, I do like going there (even if her father isn't crazy about me) because it is such a peaceful old suburban sanctuary.
I intend to post a jukebox Saturday night entry later tonight. 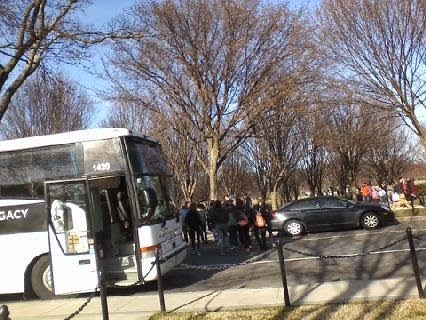 Another bus load of tourists arrive in Washington, D.C., 5:18PM March 29, 2015.
This was down by the Lincoln Memorial. If I can somewhat inappropriately adapt a famous phrase, it's "tourists in monstrous infinity" season.
*******


*I say that I wish I were Jewish because American Jewish people just seem to have this extended tight-knit community that survives no matter the time or place in the U.S. By contrast, the strong-knit urban Italian American community that existed a half century and more ago in many American cities (especially Northeast ones) and into the suburbs (including my hometown of Long Branch, New Jersey where my paternal grandmother's sprawling extended Italian-American family lived) no longer seem to exist, or if they do, they are very specific to their locale and the members. 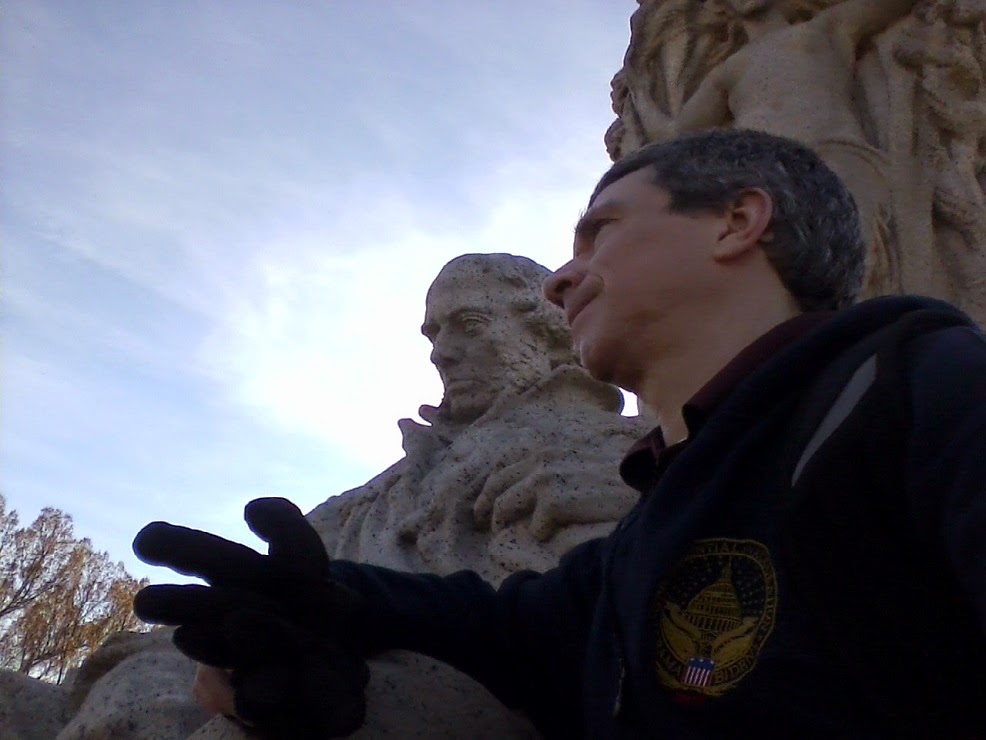 Yours truly at the John Ericcson National Memorial, Washington, D.C., 5:22PM March 29, 2015.
You can read a little more about Mr. Ericcson here.


Jews, by contrast, just seem to band and stay together no matter where. (A tremendous example of this are all the Russian Jews in the U.S., as I witnessed in my friendship with Mike G. and his family.) Thus, it is the case that my friend LP had a Seder last night that he attended, as did my young co-worker friend Natan (traveling to Ohio for it). 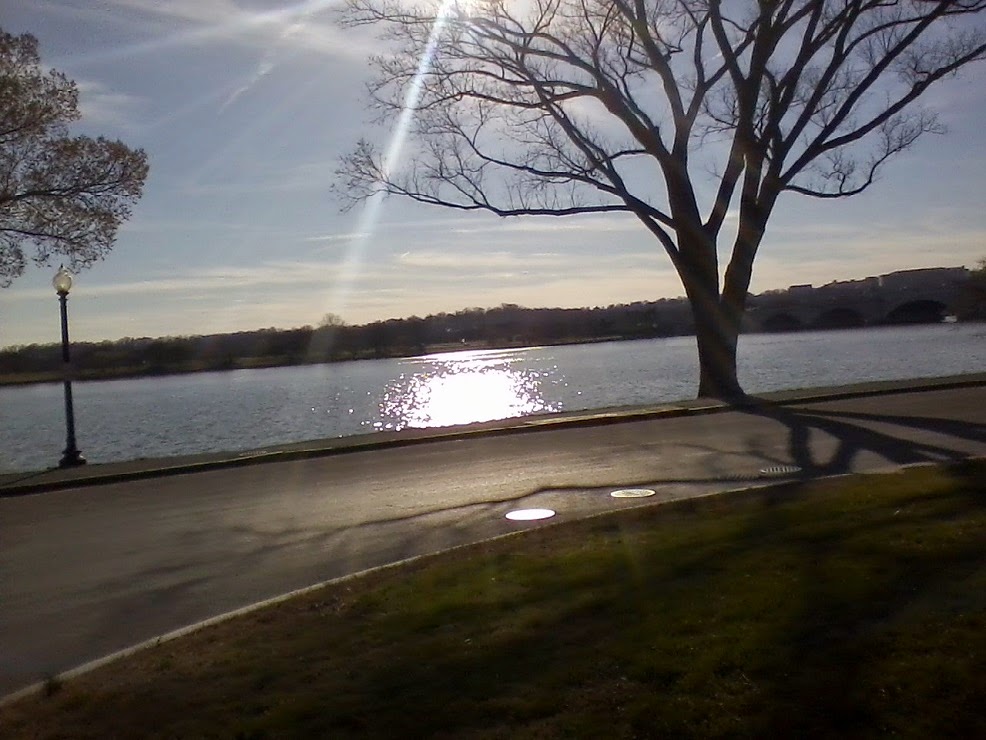 The Potomac River sparkling in the early spring late afternoon sunshine as seen near the Lincoln Memorial, Washington, D.C., 5:23PM March 29, 2015.
I think that's Ohio Drive but I'm not entirely sure.
*******


I don't have anything like that. I have virtually no family except for my mother and father (and my step-father), and even there none of it is anything more than intermittent. Someday (likely within 20 years, if I'm still around), I'll have no family whatsoever except distant paternal-side cousins who are for all intents and purposes strangers. As for my maternal (Polish) side (once centered on South Amboy, New Jersey), that's just a void. 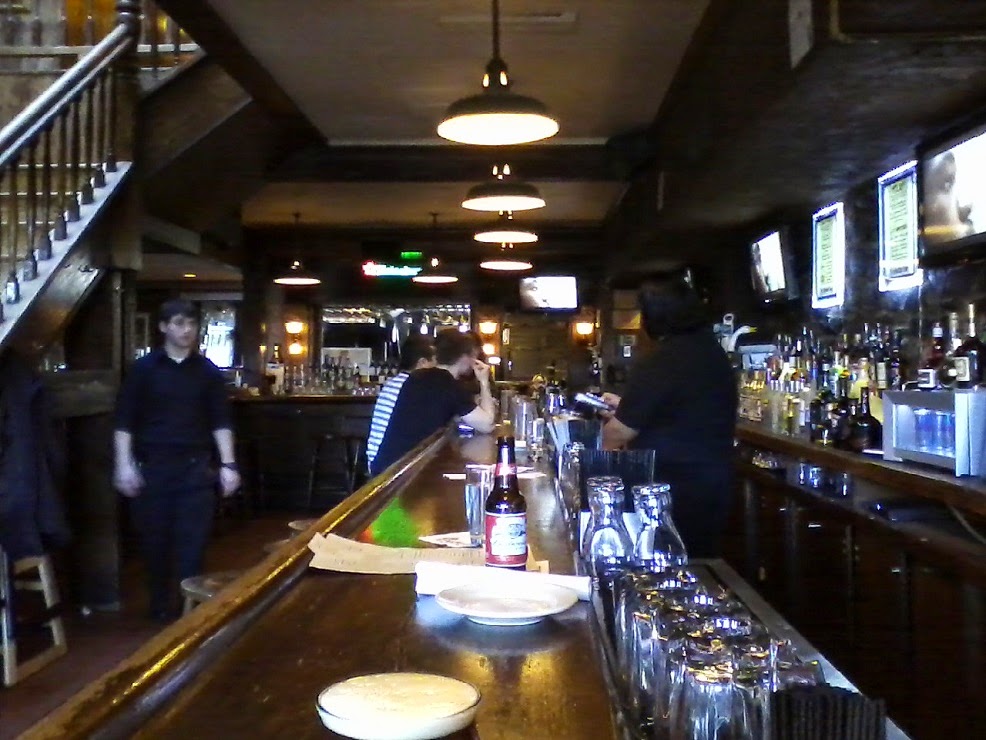 Mr. Smith's of Georgetown, Washington, D.C., 5:59PM March 29, 2015.
This used to the old Chadwicks until -- shock of shocks -- I went there one night to meet Nick (yes, the same Nick who was with me on this day) and I discovered while seated there that the place had changed to Mr. Smith's (which used to be located nearby on M Street in a much larger space).
*******


And I don't know how one "makes" a family from friends. That just doesn't work for me. I have the wrong personality for that. Furthermore, D.C. is the opposite place for putting down roots and developing a family and network of friends.
Each new generation arrives -- convinced that it is doing everything for the first time ever -- only to gradually disappear (absorbed into the surrounding suburbs in constricted and highly regulated married family life or to leave the region entirely). 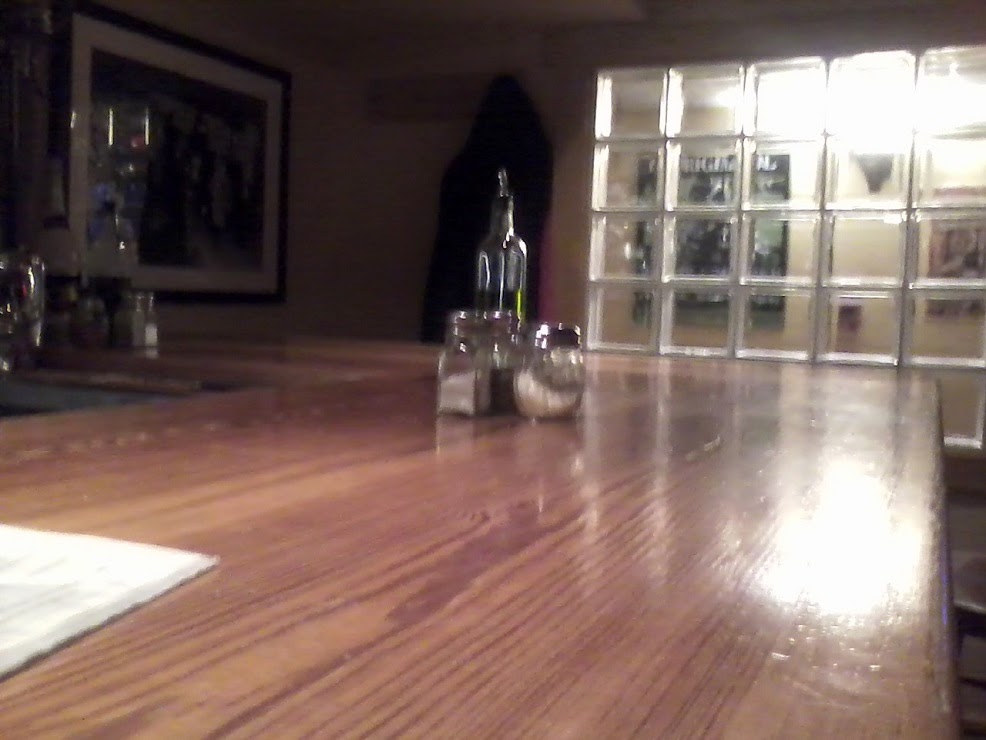 
Oh, yes, I told Wendy I would post this picture that she was kind enough to send me ... 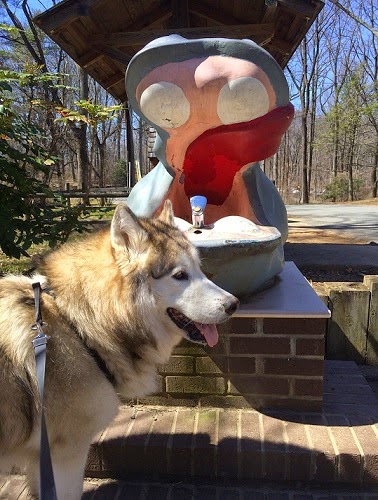