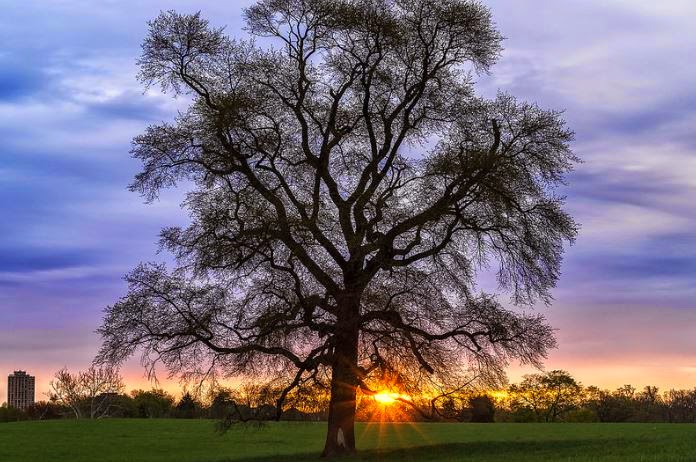 Sunrise and a tree at Belward Farm near Gaithersburg, Md., April 25, 2015 (Xavier Ascanio via Flickr).
Blog Editor's Note on Entry Images: Four of the images in this entry are taken from this CWG entry. I've also included the captions (sometimes adapted slightly) and links in this entry.
*******


Not only am I home, but it is quite early as I start this blog entry (8:39PM) because I didn't go to the gym because I continue to feel quite lousy with this quasi-flu or whatever it is I have that goes beyond "just allergies." 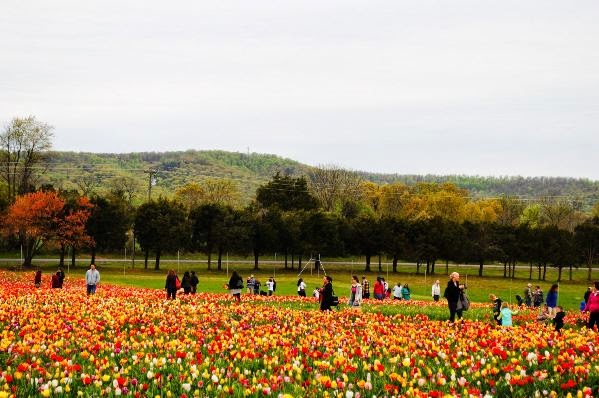 
I actually (unwisely) started a non-gym night post-work "going out" stint -- namely, taking the Metro just to McPherson Square and walking to the 1400 block of P Street NW -- but I realized the foolishness of that given how I felt.
Instead I stopped at Stoney's because Howie was working (bartending) and had some dinner (salmon and broccoli dinner and iced tea -- you can get that kind of food in most bars in D.C.). I ordered a glass of wine but could barely touch it. I also stopped at next door No. 9 for about 15 minutes and only had half a ginger ale and no liquor, and then walked home. 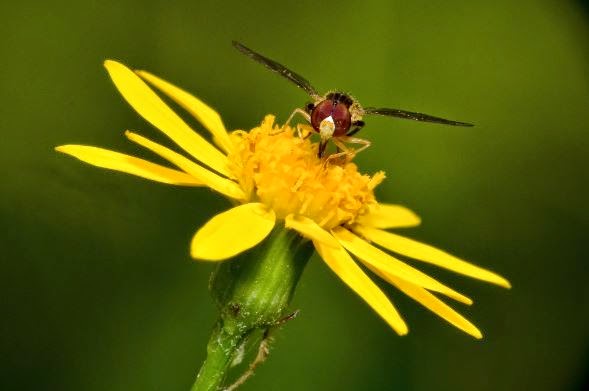 
When I got home around 745PM, I even toyed with going to the gym for a low-key workout, but I also decided against that, if only because the sky had briefly clouded up and looking terribly ominous at dusk as some gusty, brief showers passed through the District and immediate environs.
It was forlorn, chilly (for April), and starting to rain, and so I opted to stay home and write this entry. As I finish this entry, it is a breezy, brisk, and moonlit. I had intended to post a series of entries -- except that never actually happens -- because there are so many things I wanted to relate. These are instead excerpted below ...
* Paul Krugman and Jonathan Chait columns, some of which of late have been awesome must-read ones (even if nothing actually changes).
*******


* News about the devastating earthquake in Nepal on Saturday, April 25th, 2015 that has claimed at least 4,000 lives (and possibly significantly higher) with widespread destruction. 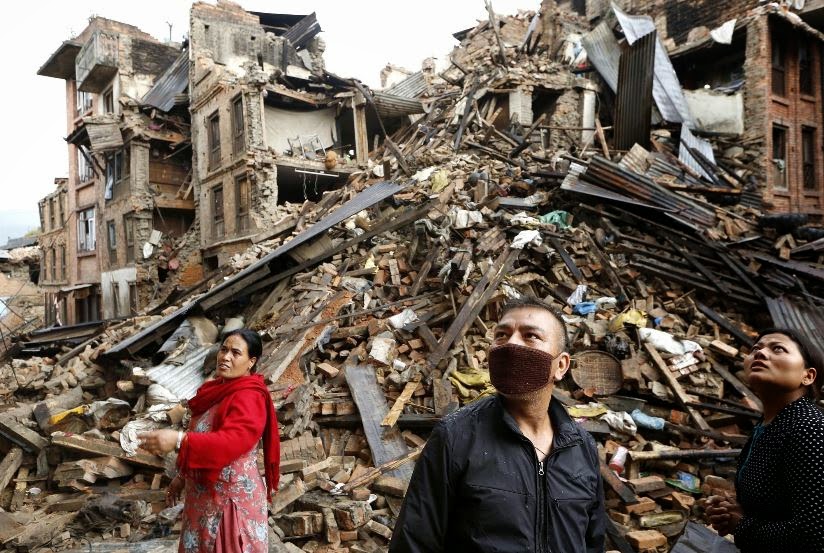 Wreckage in Bhaktapur following an earthquake of magnitude 7.8 or 7.9 on the Richter Scale (both numbers are being quoted) on April 25th, 2015. 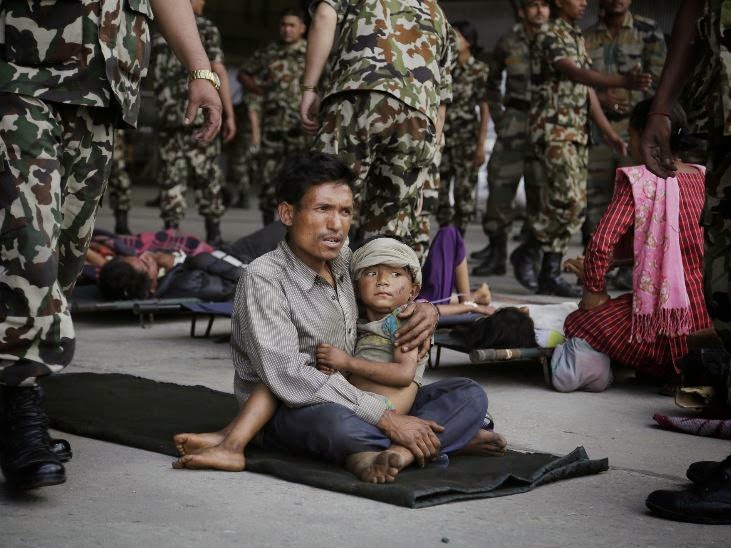 A man holds s small child as they wait at the Kathmandu airport following the April 25th earthquake.
*******


BTW, I'm getting tired of all these damn ultra-rich tourists (usually but not only Westerners) doing their holidays up and down Mount Everest, leaving all their waste behind (literally), occasionally having mass casualties when things go wrong. That many people just don't need to climb it -- just because they can pay for it.
******* 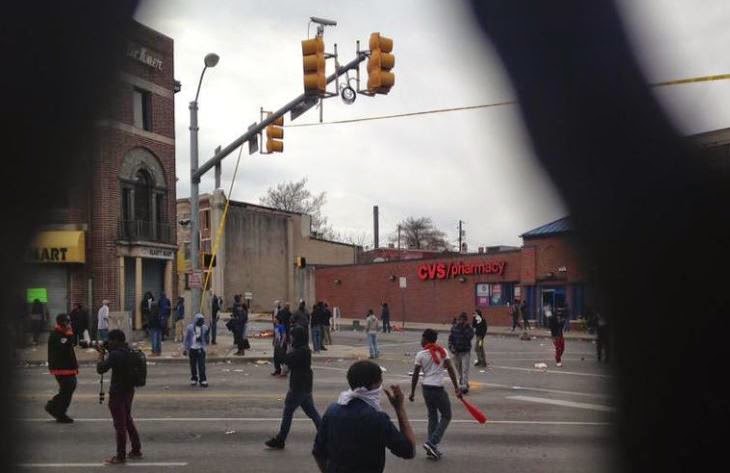 Baltimore: "All Our Yesterdays" -OR- Urban Ghetto, Anytime, Anywhere, U.S.A. 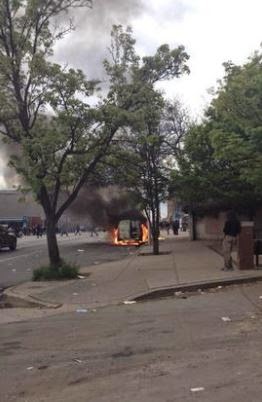 * News about today's riots / looting in nearby Baltimore after the funeral of a black man (Freddie Gray) killed by the police. Mayhem ensued. Maryland Republican Gov. Larry Hogan called in the National Guard and a city-wide curfew going into effect. Whatever you do, don't read the comments section, which in a situation like this I think should be closed because of the highly malevolent and deleterious quality of them. 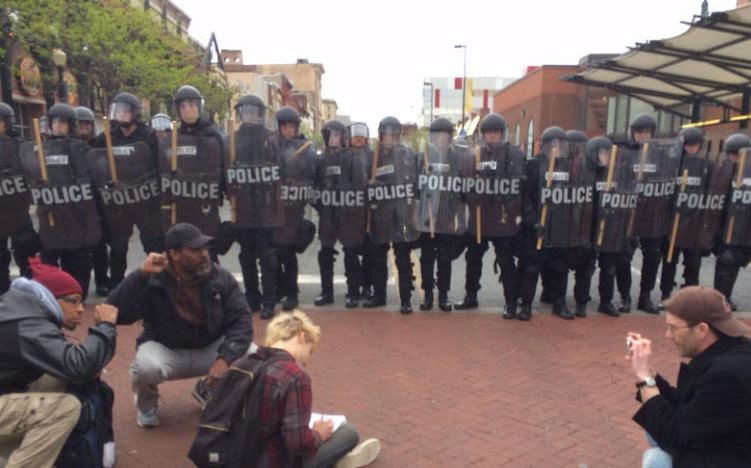 Baltimore: "Reaching for the Stars (and the Riot Gear)"
But if you do read the comments section, please keep in mind that Maryland (my sort of adopted home state after my actual home state of New Jersey) voted for George Wallace -- in the Democratic primary, no less! (true, the national political configuration was very different back in 1972) -- and even after he had been nearly killed.
Tonight's mayhem just added a few more percentage points into the GOP electoral "pot" -- even in 2016 with Hillary, although I would be surprised if she outright lost the state. Ooohh, and I'll bet there all hunkered down in Glen Burnie. Oh, and Channel 13 must be goin' wild. I just hope Marty Bass can get that "money" live shot while doing the weather. 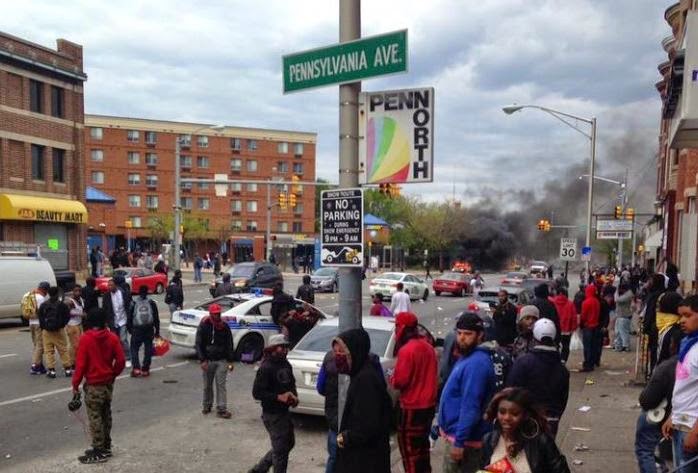 
* The unlikelihood that we'll see an out-of-season nor'easter later this week as even the operational GFS is crapping out).
* Reposting of some lovely spring flowering images from another CWG entry (where I have an admittedly odd-to-others Arcturus24 comment, although it's gotten 3 "thumbs up (something)").
Update (before posting): OK, I actually am reposting a number of those images in this entry (as noted in the captions). 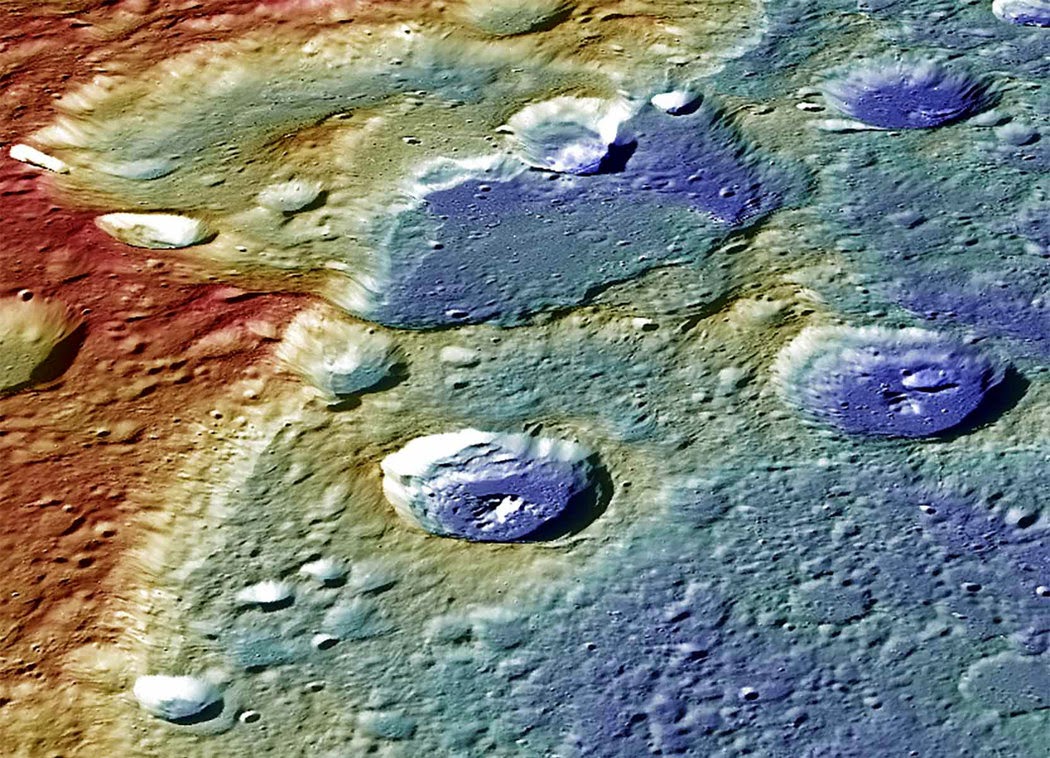 NY Times caption: The shrinking of Mercury has caused fractures in the surface, producing cliffs. The red areas are higher than those in blue. Credit: NASA/Johns Hopkins University Applied Physics Laboratory/Carnegie Institution of Washington
*******


* The little MESSENGER probe's scheduled kamikaze mission into the planet Mercury on Thursday after four years of orbiting -- and three prior years of fly-bys -- of this genuinely mysterious world and providing an amazing amount of information. 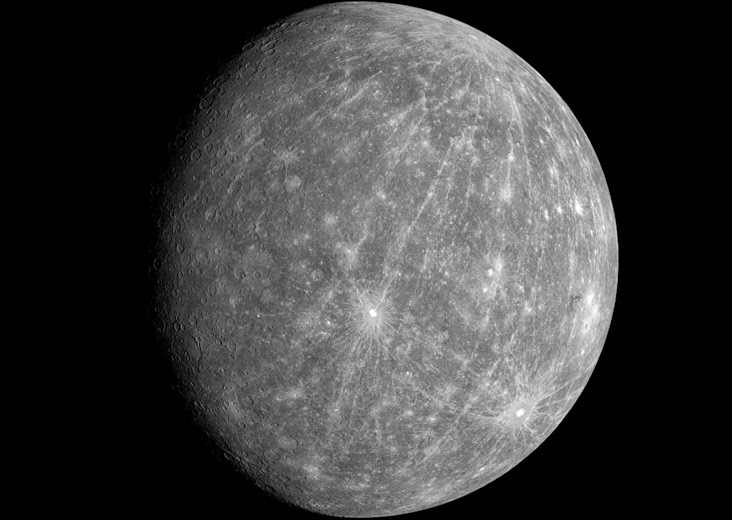 Oh, Mercury, you odd little world, you.
At the "opposite end" of the Solar System, our brave, intrepid, and all-around awesome little New Horizons probe is just 77 days from its historic rendezvous with (dwarf planet) Pluto and its (dwarf planet) moons.

We're watching you closely, little one. We see what you see. We're with you.
* Other stuff / various.


However, I also need to take some medicine to knock myself out (maybe some of that years-out-of-date Benadryl or Vick's Dayquil (or is it Nyquil?), or alternatively, my also-well-past-its-expiration-date Theraflu. That worked well last night, and I even got up earlier than normal (in part because the scheduled hot water outage in the building). 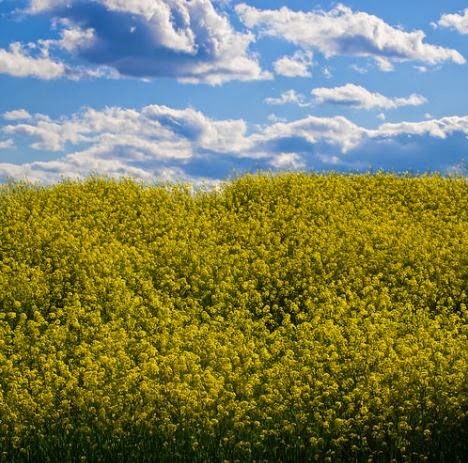 A field of what might be winter crest (also called yellow rocket-cress) in Shenandoah County, Va., April 26, 2015 (Brian Howell via Flickr).
I thought it might be goldenrod but apparently it's the wrong time of year (i.e., not late summer).
*******


I'll try to go to the gym tomorrow night and Wednesday night, although both are likely to be low-key workouts -- certainly the one tomorrow night not involving the usual 6.5 mile/hour-long jog followed by an hour of weightlifting and then a swim.

As of right now (Monday night), I am doubtful that I'm going to be able to go to that Saturday morning Casey Trees tree planting event at Fort Dupont Park in Southeast D.C. It's a work charity event that starts at the weekend morning-unheard-of 9AM hour.


It's not that, though, but rather the tree pollen and my own bad allergies mixed with whatever quasi-flu I also have. I'm not going to kill myself, or knock my recovery back a week just to do that.
OK, that's all for now.


As you can tell, I ended up posting a much more detailed entry than I intended. My next planned update is either tomorrow or Wednesday night.
--Regulus
Posted by Regulus at 11:59 PM