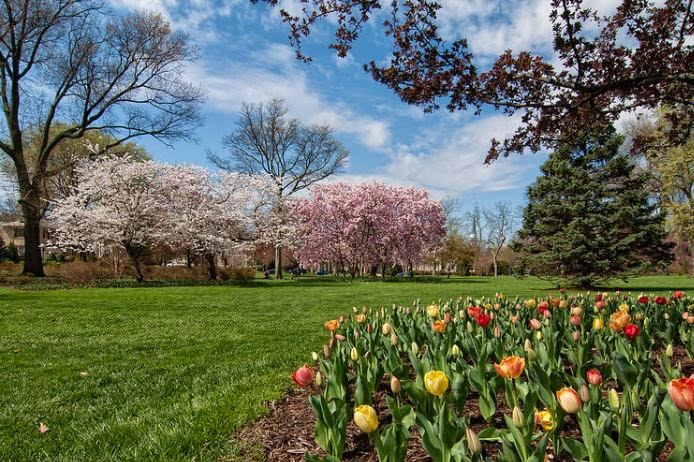 A spring day in Washington, D.C., taken April 17, 2015.
This picture was taken by Nathan A. Jones, whose terrific pictures often appear in Capital Weather Gang entries. To be clear, I think this picture was taken in D.C., although the actual webpage for it doesn't specify. It was certainly in the D.C. area.
*******


All the morally superior people who don't drink on weekend nights and go to bed early with Jesus are up and out and about.

It is Sunday, the one day of the week that is ostensibly "free" for me with no work and/or gym or other chore obligations, self-imposed or otherwise. As such, I would like to take a bike ride, though not sure where. I'll take the bike on the Metro and go to some station and bike back into the city.

I figured out on Friday night that in a 168 hour week, basically only 14 hours are totally free for me -- and the bulk of them are on Sunday.

I arrived at this as follows: 49 hours sleeping/in bed; 40 hours of work; 5 hours round-trip daily commute to and from work; 12 hours of getting ready to leave the apt (i.e., showering, shaving, etc.); 20 hours blogging or otherwise online at home; 18 hours in bars; 10 hours in the gym. This totals 154 hours, which leaves 14 hours.


However, the weather might be an issue by the end of the day. 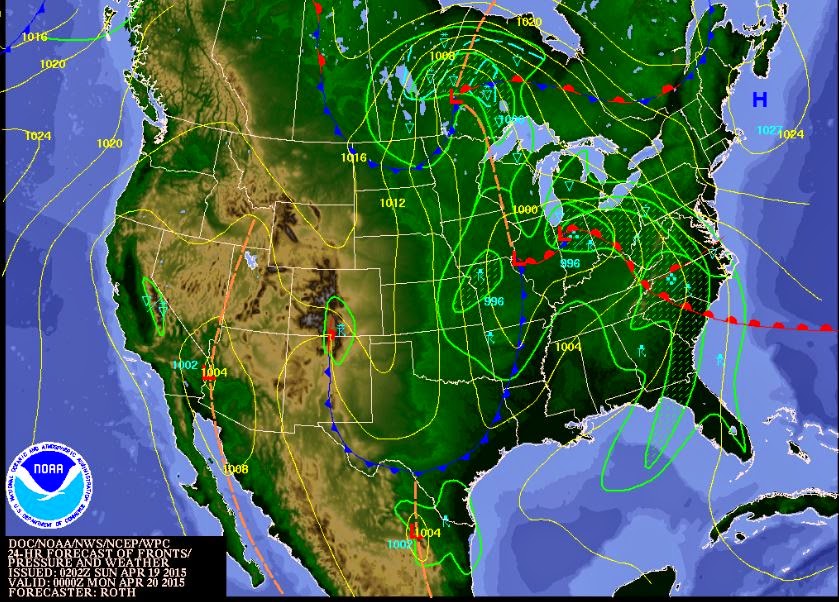 
While it is partly cloudy now with sunshine through blanched white skies and temps around 67F at the 1PM hour (at KDCA) with a gusty easterly (maritime) breeze (up to 22MPH at the last observation), a moisture-laden low pressure system is progged to move up the Appalachians today into tonight. It will drag a warm front ahead of it and tap ample Gulf moisture -- it is doing so already. 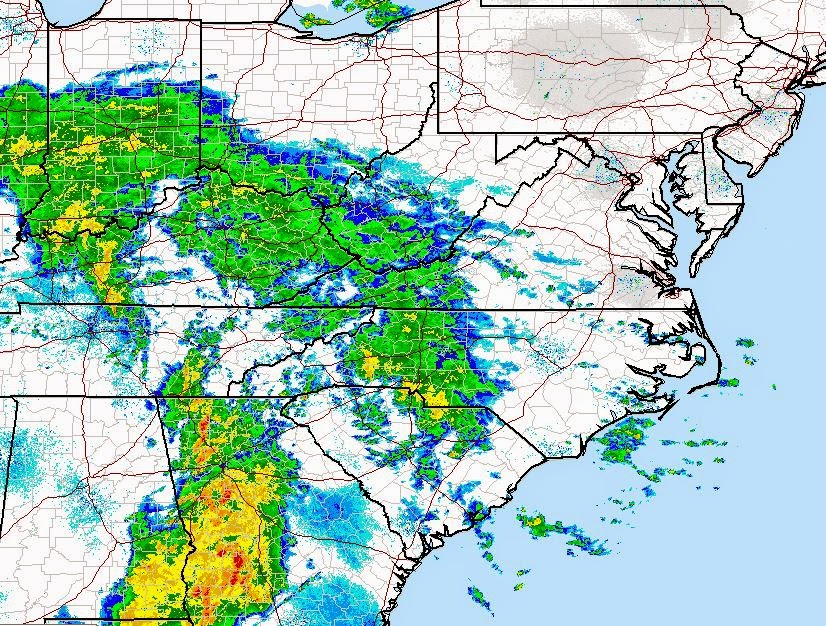 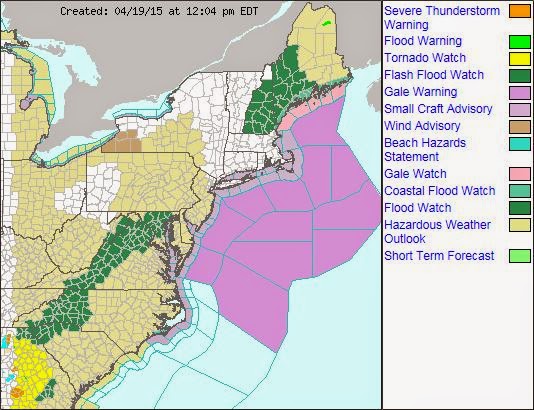 
A flood watch has been hoisted for the Baltimore/Washington area and stretching back into the Virginia highlands and down the spin of the central and southern Appalachians into Georgia where there is also a tornado watch. There has been a real lack of severe weather in the eastern U.S. this season. 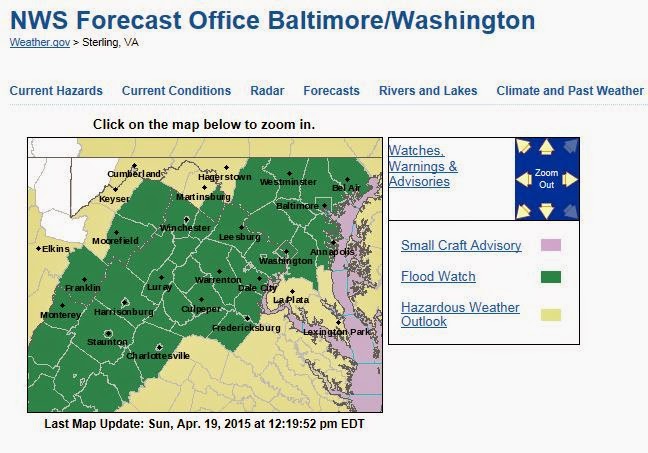 
1 to 2 inches of rain is forecasted for the D.C. area. After the system passes, a deep upper level trough -- continuing a semi-permanent pattern of the past two years -- is forecasted to slide the eastern United States and eastern Canada with well below normal temps. Thursday's highs here in D.C. might not break 60F.
Meanwhile, it's continued warmth and drought for the western United States, although the 3-day QPF shows up to 0.82" of precipitation for the high Sierras of California. Any bit helps. 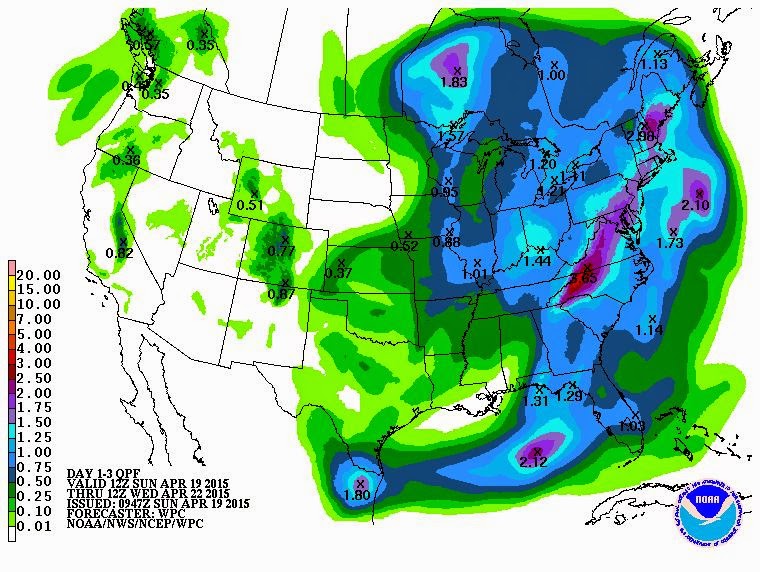 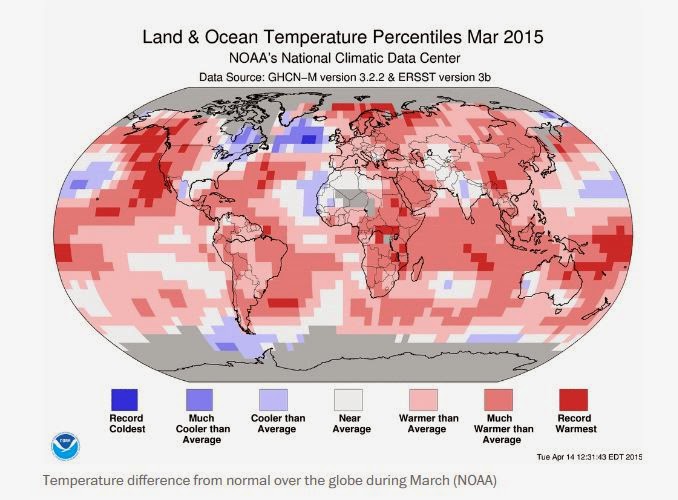 
Once again, though, CWG staffer Matt Rogers chimed in with comments trying to dismiss the idea of climate change because -- as near as I can tell in what I consider a somewhat misinformed and warped view -- the global temperature ISN'T rising fast enough vis-à-vis some unspecified global climate model that he thinks the Earth's climate system SHOULD be following. He makes the point repeatedly of how little the record highs are above old record highs and if you subtract the uncertainty range, the temperatures in fact are not the highest. 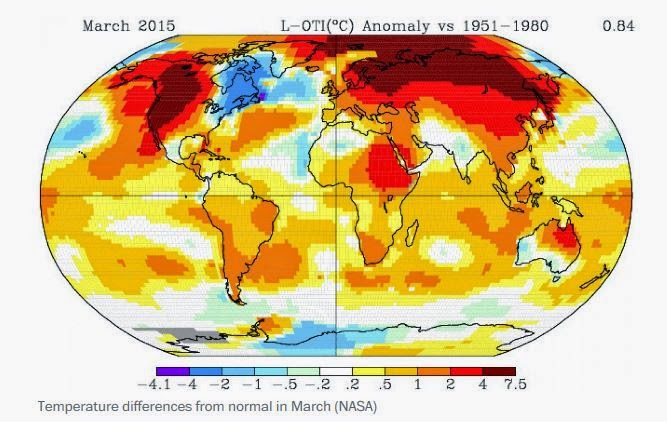 
This is a flawed view for a variety of reasons. First, the system doesn't follow simple algebra equation. Secondly, uncertainty is just that -- uncertainty -- so you can't invoke it as you please to prove one thing and disprove another. Third, the Earth's climate system operates on its own timetable, not one convenient to humans. 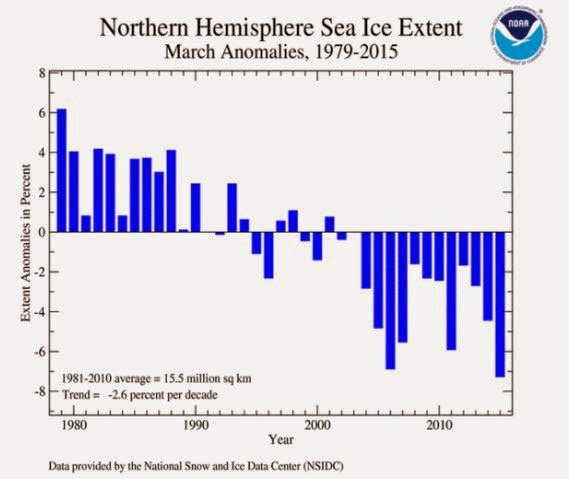 
Matt is missing the general trend of which is there overwhelming evidence all across the globe that only idiot Republican politicians and the GOP "base" -- as tools of corporate oligarchy and plutocracy -- could fail to see.
Finally, as an aside, the idea that Matt wants to see powerful record after record set is really warped: He basically wants a runaway greenhouse effect. Thankfully, that's not how the climate system works.
I engaged him briefly (as Arcturus24), but it's kind of a pointless discussion.
I will say that as a CWG staff writer, he should be more mindful of his position. He isn't some random far-right troll commenter (is there any other kind?) in the comment section to some Yahoo News article.
******* 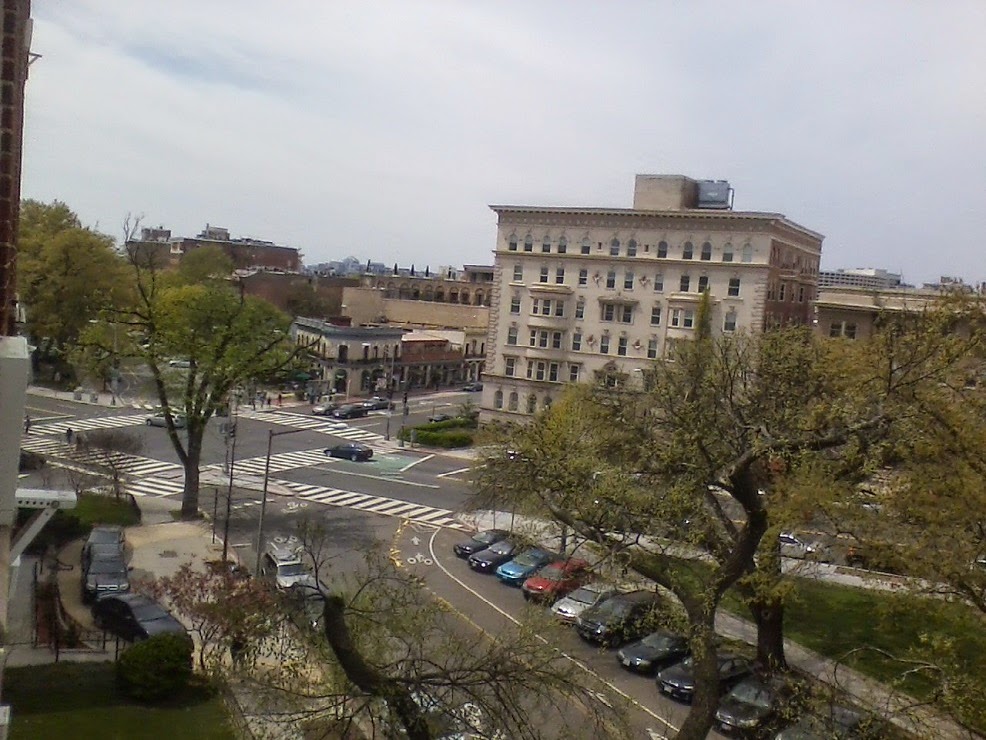 
Yesterday was fine as far as a Saturday goes. I had a good gym workout. My weight was 145 pounds, so while I'm up 3 from my "low", I am down 3 from the jump last week. I'd like to think maybe an extra pound of that is muscle mass, but probably not.
Last night, I had a nice dinner at the little bar at Trio. (I'm finally used to the redesign of that place.) There was basso nova music playing, which was quite nice, AND there are NO TELEVISIONS. That is so rare nowadays. Outside, though, 17th Street was bustling. And it has become so straight. 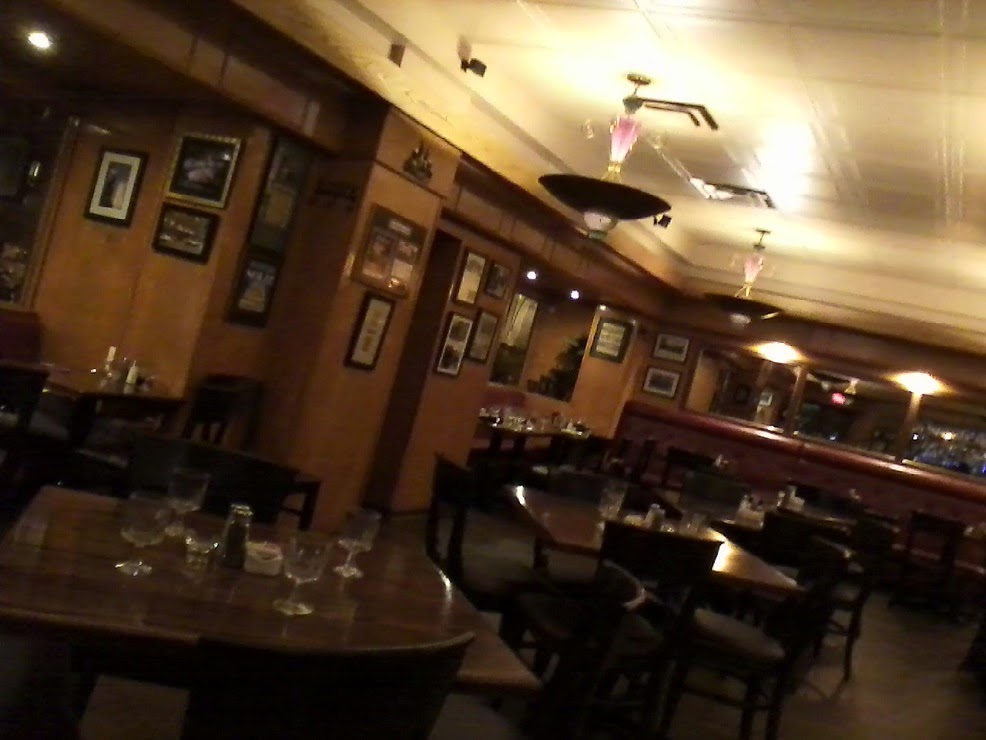 
Thereafter, I went to Floriana downstairs bar. That fellow Shane from Friday night was there and we talked for a while. Later, I went to Fox & Hound and met up with Jamie for a bit. 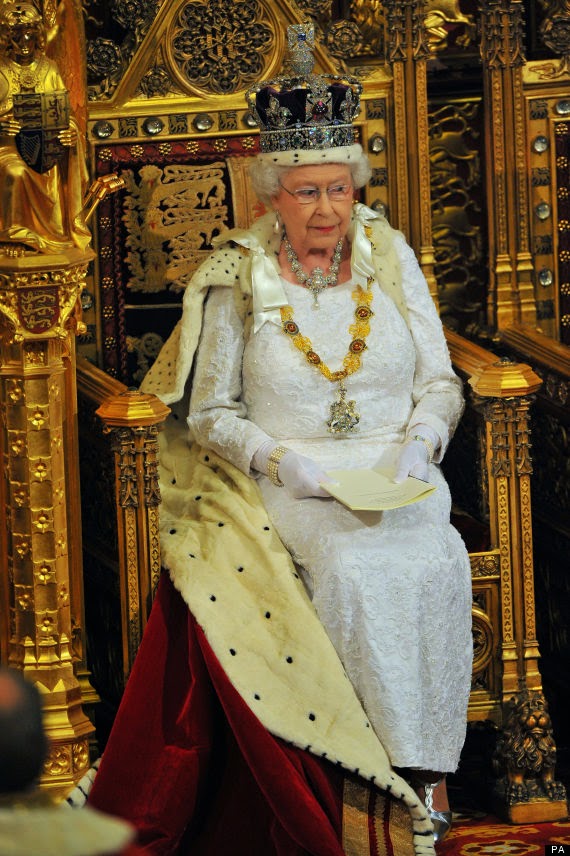 While at Floriana, [D] and I had an interesting discussion about the 1 day of uncertainty in when Queen Elizabeth II will become the longest serving British monarch later this year, surpassing the reign of her great-great grandmother, Queen Victoria.
This *should* occur on September 9, 2015. However, Victoria's reign included the year 1900 when -- as a century-year NOT divisible by 400 -- there was no leap year. By contrast, Elizabeth II was queen in the year 2000 when -- as a century-year that IS divisible by 400 -- there was a leap year. By including all the other quadrennial leap years during their respective reigns (15 for Victoria and 16 for Elizabeth II), it works out September 10, 2015 should be the day.
Here is an interesting write up about it by Martin Willis of the University of Westminster in London.
Updated 11:33PM 4/20/2015: I have been thinking about this, and it seems to me that if "ERII" has reigned during an extra leap year, she only needs to reach Sept. 8th, not Sept. 9th, much less the 10th. I guess I'm a bit confused. End of update (not noted in entry lead).


According to Wikipedia, as of today, Elizabeth II has been no the British throne for 63 years 72 days or 23,083 days. Victoria's record is 63 years 216 days or 23,226 days.
Celebrating this event is problematic since it would implicitly be celebrating Victoria's death, and that's not something anybody would or should do. 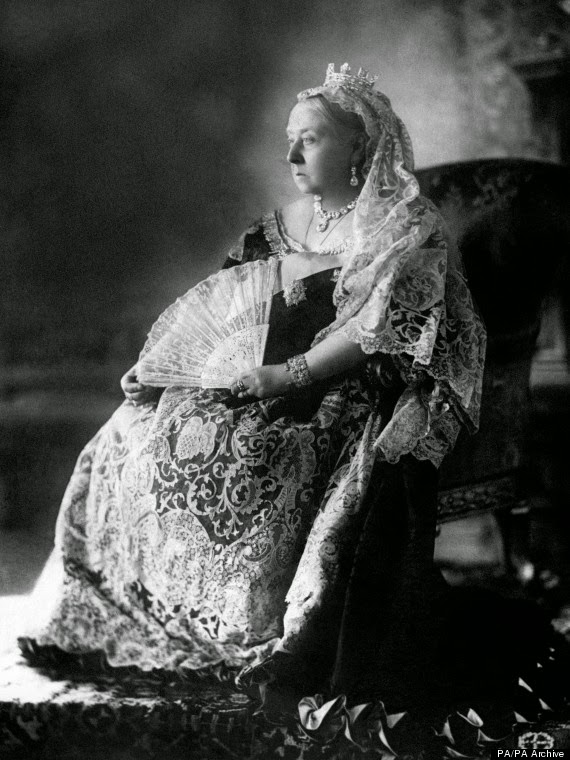 
After I got home last night, I went (naturally) online and came across the YouTube clip of Bill Maher on his Real Time show the other day interviewing infamous former New York Times writer Judith Miller about the botched reporting in the lead-up to the war. 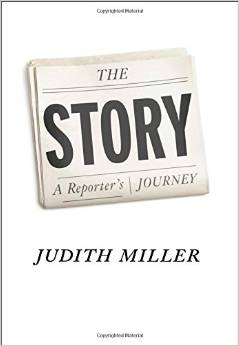 Without getting into details, I found it interesting actually to hear Miller's side of things. Miller wrote a new book on this subject called The Story: A Reporter's Journey.

And Bill Maher -- when he's not being a pugnacious atheist -- is really an insightful interviewer who captures and articulates what progressives / liberals are thinking. He does that very well in this interview.

Here is the clip:


As for the atheist thing, here is another clip (possibly from the same episode) where he talks about gay marriage and fundamentalist bakers objecting to making gay wedding cakes -- and then ties it into religious fundamentalism in this country versus in the Arab / Islamic world. Here is that clip:
*******


OK, I think I need to wrap up this entry.
One last item, though: I think I'm going to need a new box fan. My current fan's little motor feels hot after it has run all night. It shouldn't be that warm. This means another Friday trip to the chaos of the Columbia Heights Target, or rather, the adjoining Bed Bath and Beyond. I think box fans are sold there. 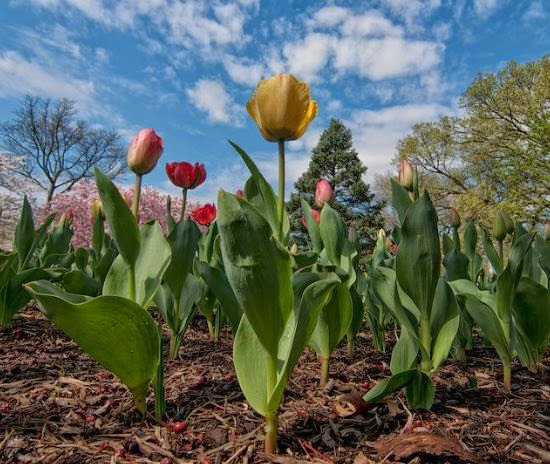