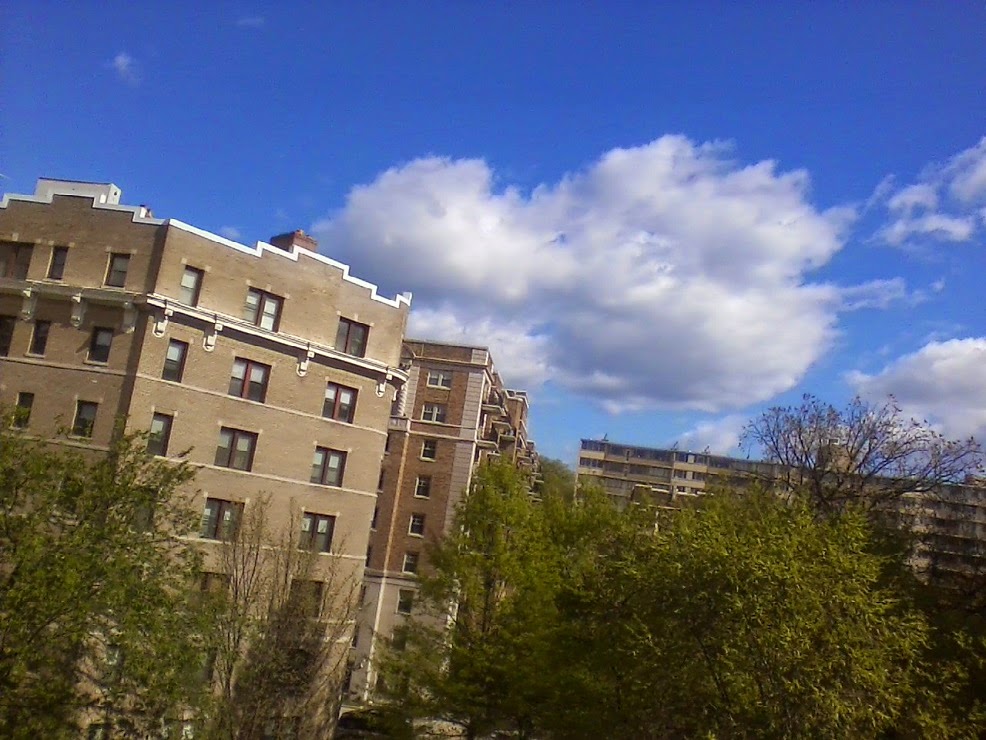 The view this lovely morning from my apartment looking north by northwest toward Meridian Hill Park, Washington, D.C., 9:59AM April 23, 2015.
The buildings in this view include, the ornate Camden Roosevelt, and the behemoth 2112 New Hampshire Avenue building, even though it really fronts onto W Street.
*******


This is just the briefest of morning updates before work ...
It is just an absolutely beautiful April morning of the sort of weather I find perfect -- cool with a gusty northwesterly wind under brightly sunny cerulean skies fleeced with fair weather cumulus -- in a context I find perfect -- tender, leafy, flowery, well-watered green spring unfurling all around following a rainy spell earlier this week. This spring has not featured the frequent rapid transition into sweltering D.C. summer, and I deeply appreciate that fact.
The air temperature is actually outright cool at 52F at KDCA at the 10AM hour. The dew point is only 23F. There is a 15MPH wind from the northwest with gusts to near 30MPH. 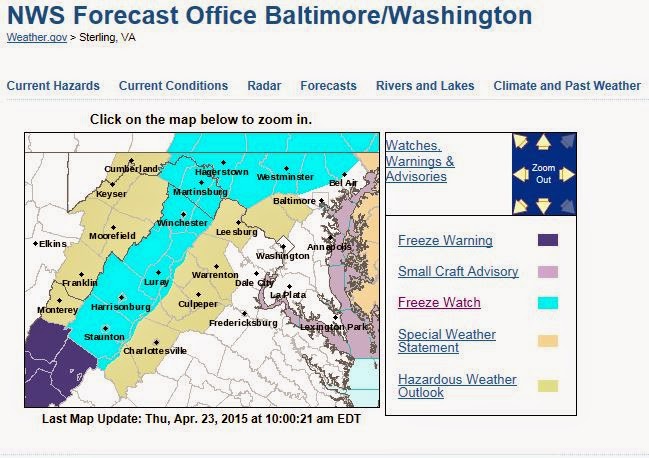 
Of note, there is actually a freeze watch out for tonight for northern Maryland and into Pennsylvania and west along the Allegheny Front and Potomac Highlands and down the Blue Ridge where it morphs into a freeze warning.
Last night, I skipped the gym and went to Tsunami with my co-worker Natan and his friend. Thereafter, I went to No. 9 where I met Gary. 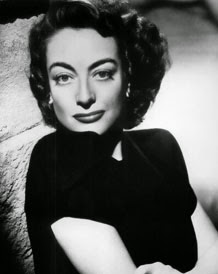 Finally, I head to Floriana to D's downstairs bar where I watched the last part of Mommie Dearest with several others. I'm really starting to feel badly for Joan Crawford and contempt for what Christina Crawford wrought through that movie, which clearly damaged Faye Dunaway's career.


Forever dancing on her mother's grave like that in a story not backed up by any of Joan Crawford's other adopted children. 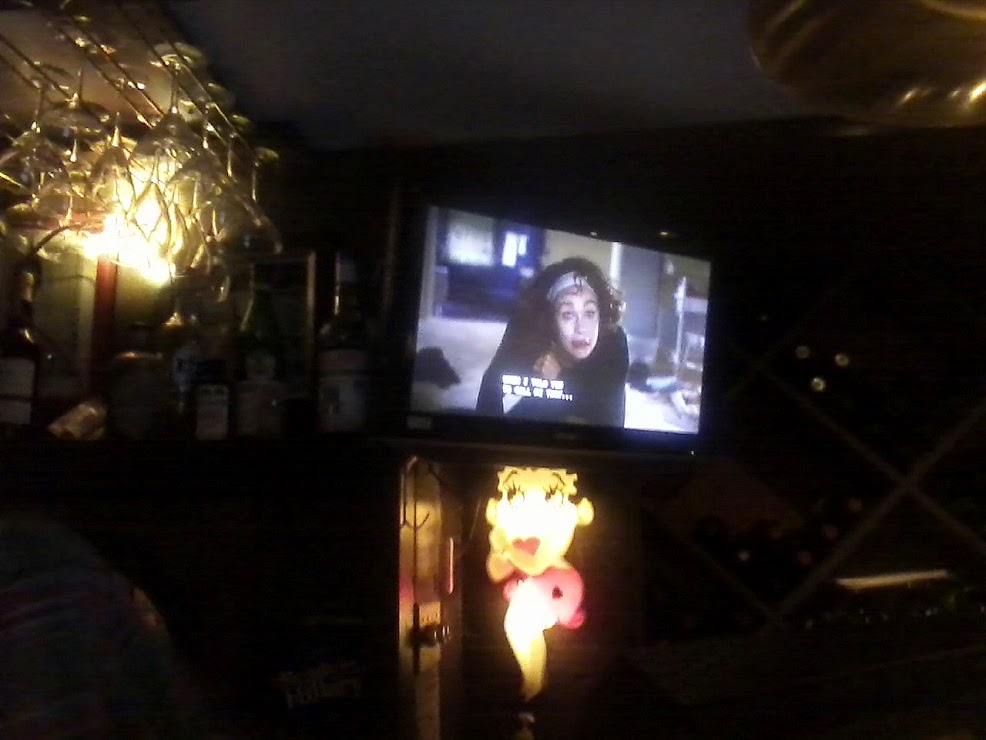 On a personal note, my mother refuses to watch that movie even though she is well-aware of it (and even used to refer to herself as "Mommie Dearest" back when I was a teenager). It has to do with her relationship with her mother -- that is, my maternal grandmother -- growing up in the 1950s and '60s on Henry Street in South Amboy, New Jersey.
It was that kind of relationship. It wasn't pretty. And grandma, God rest her troubled soul, definitely had a touch of the Joan Crawford in her, if not personality-wise (as portrayed) then just in appearance. 
OK, I better get this day started. Tonight is a planned gym night. My new rule is to avoid going out on Thursday nights as much as possible. However, it is such a lovely day that I am tempted to bike to work, which would likely nix my gym plans. I will say that I've gone to the gym quite frequently this past month.
--Regulus