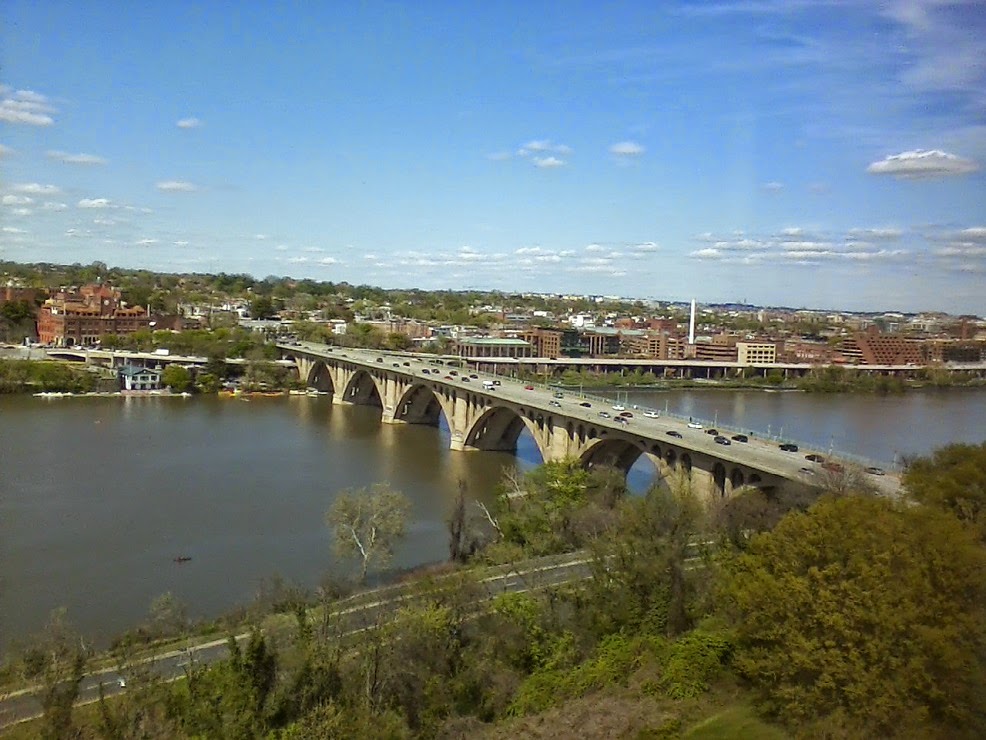 View of the Francis Scott Key Bridge and Potomac River as well as parts of Washington, D.C., as seen from the Key Bridge Marriott, Arlington, Va., 3:49PM April 26, 2015.
It was kind of wild watching the shadow of the jets on the (this day) upriver take off from National Airport sweep so rapidly across the Potomac. It gave a much clearer sense of how fast the jets are actually moving with respect to the ground
*******


I'm still not feeling well, although I managed to get out of the dust-trap apartment and go with Gary to Arlington to meet his mom, where we had a late lunch at Il Radicchio and then go grocery shopping at the Giant along Lee Highway. 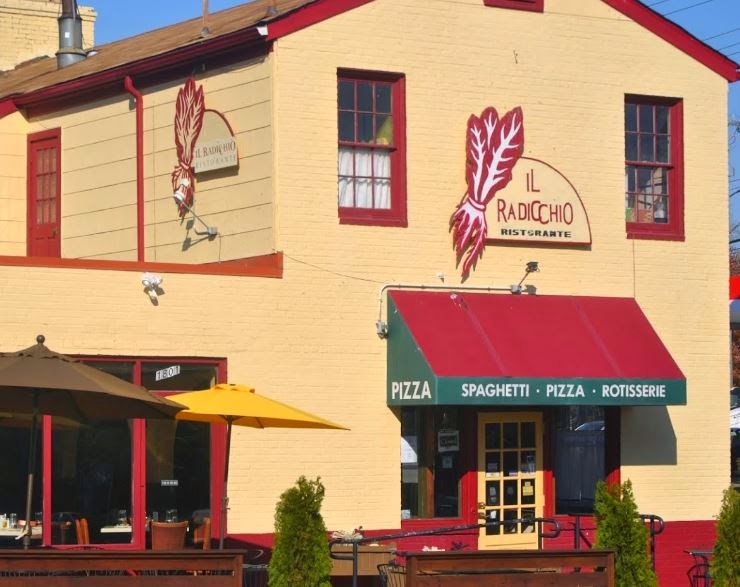 An undated exterior picture of Il Radicchio that I found online on Google maps / street images.
*******


Actually, Gary bought lunch including the two glasses of chianti I had (which I'm sure weren't good for my head cold and sore throat). That was very nice of him. The pizza we had there was delicious. The restaurant itself -- at least at that early hour -- was empty and a bit strangely laid out. The staff also seemed a bit put out by the fact we were even there, although the waiter in the end was reasonably attention. Overall it was a very nice experience and I would go back.
A short time earlier, and because we had about 20 minutes to wait, we went to the Key Bridge Marriott, where we sauntered into the lobby and went to the top 14 floor with its "Capital View Ballroom" reception hall containing large windows that afford a great view of D.C. (both downtown and Georgetown as well as the more distant larger structures including transmission towers) and the Potomac River itself. 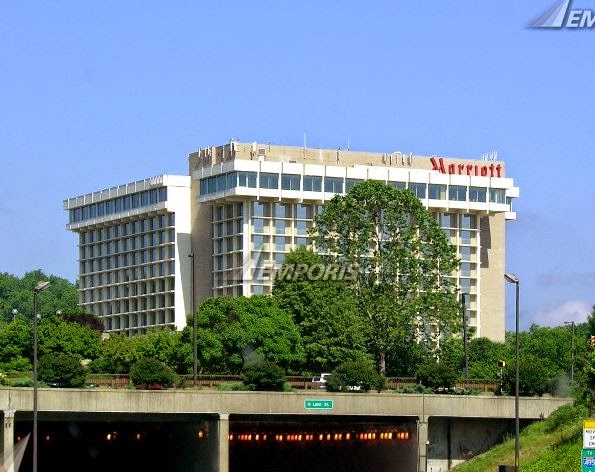 A water-marked image of the Key Bridge Marriott in Arlington, Va., that I found online here.
*******


To the west, there is a view toward the steeper terrain of Arlington with its clutter of office buildings in different locations. (The skyline of Rosslyn itself is "behind" (south of) the hotel so not visible from this top-floor hall since that side just has a regular wall.)
Gary and I were there once nearly five years ago -- on May 31, 2010 to be exact -- as discussed in this entry. There were some large plants and a weird sculpture that were basically blocking one corner that faces downriver toward D.C. 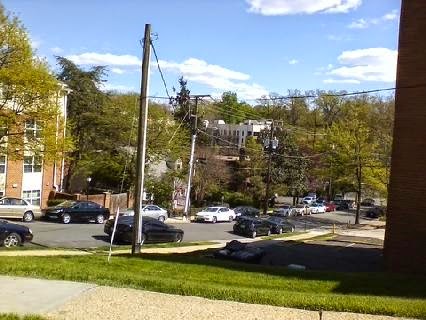 
After lunch, we headed back into D.C. and went to Larry's Lounge, where the place was mobbed. While the volume was muted and it was just music playing, one of the two large flat-screen TVs was tuned to a horrifically hyper-violent movie (I'm not going to say which one but it wouldn't frickin' end). The other one was tuned to the really weird 1966 movie Fantastic Voyage.
It would be so goddamn nice if fewer places simply didn't have televisions that force you to watch whatever vendible pop cultural garbage happens to be on at that moment or is the whim of someone else. 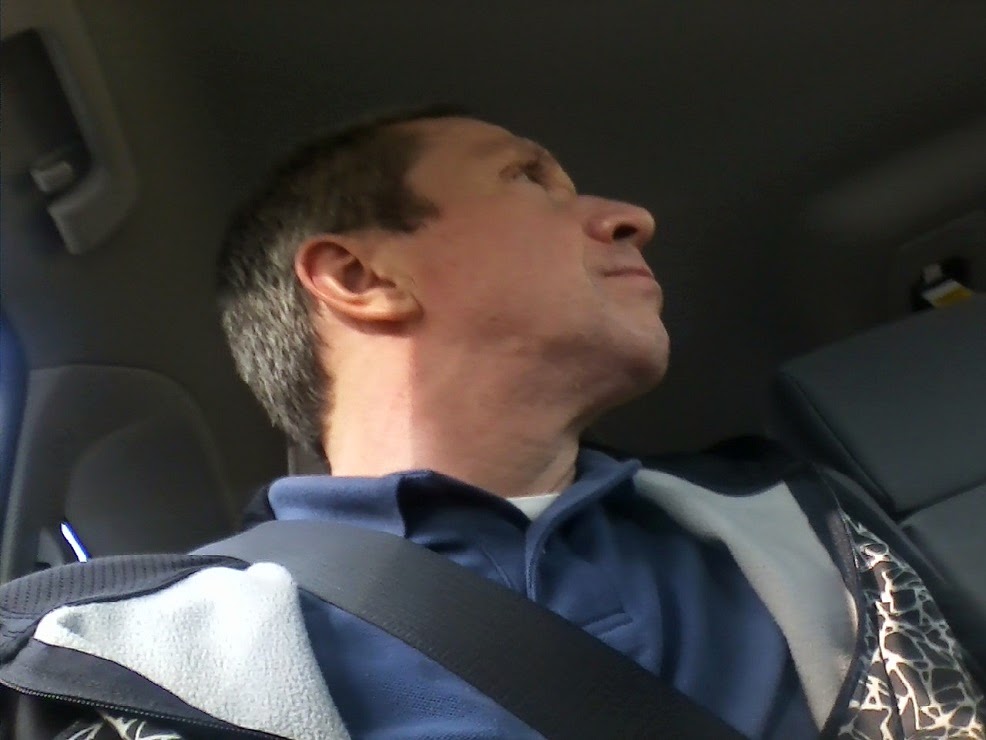 
As noted, I'm still sick. My tree pollen-induced bad allergies are being compounded by some head cold or possible throat infection. I can't really tell what's what. Having said that, I am planning on going to work tomorrow unless I take a really bad turn overnight. 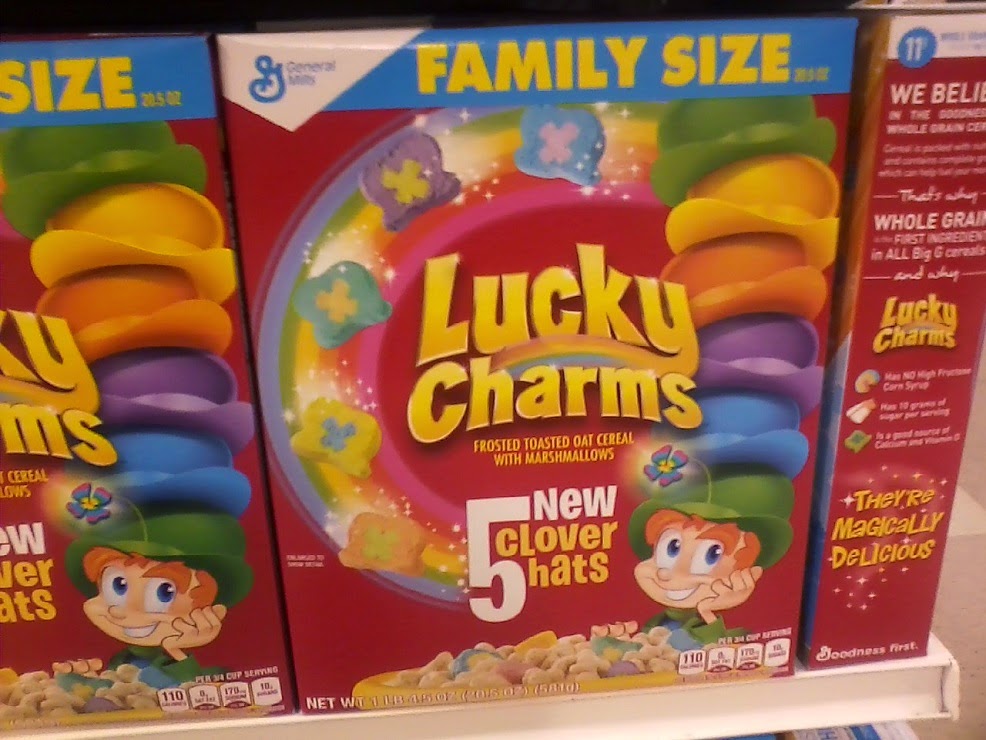 
There are two good reasons why I really need to go into the office tomorrow: First, our whole office is upgrading to Cloud-based Office 365, and I do not presently have access to my email; Secondly, the hot water is supposed to be off in the building all day tomorrow for some plumbing repairs. 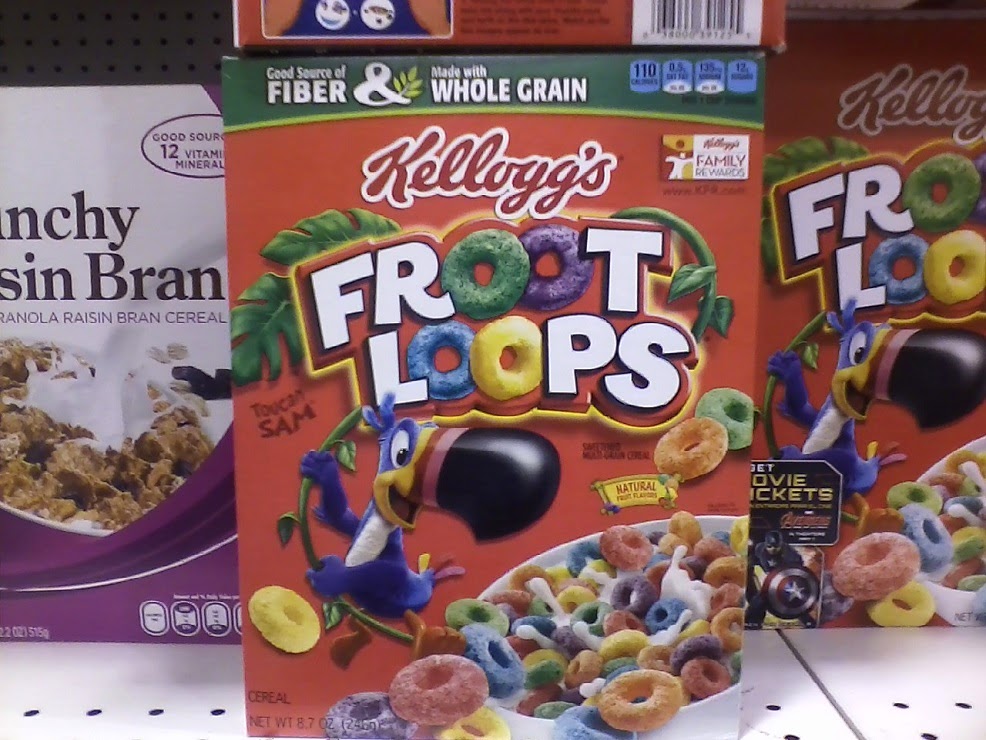 
I am having some hot tea right now. More importantly to my malady (whatever it is), I am also having some Theraflu in hot water. That should knock me out by 1AM-ish, and I can sleep until almost 8AM. (The hot water outage is set to begin at 9AM and run until about 330PM.)
As for tomorrow night, I might go to the gym, although given how I feel, it isn't a certainty. This might not be the best week for great gym workouts. 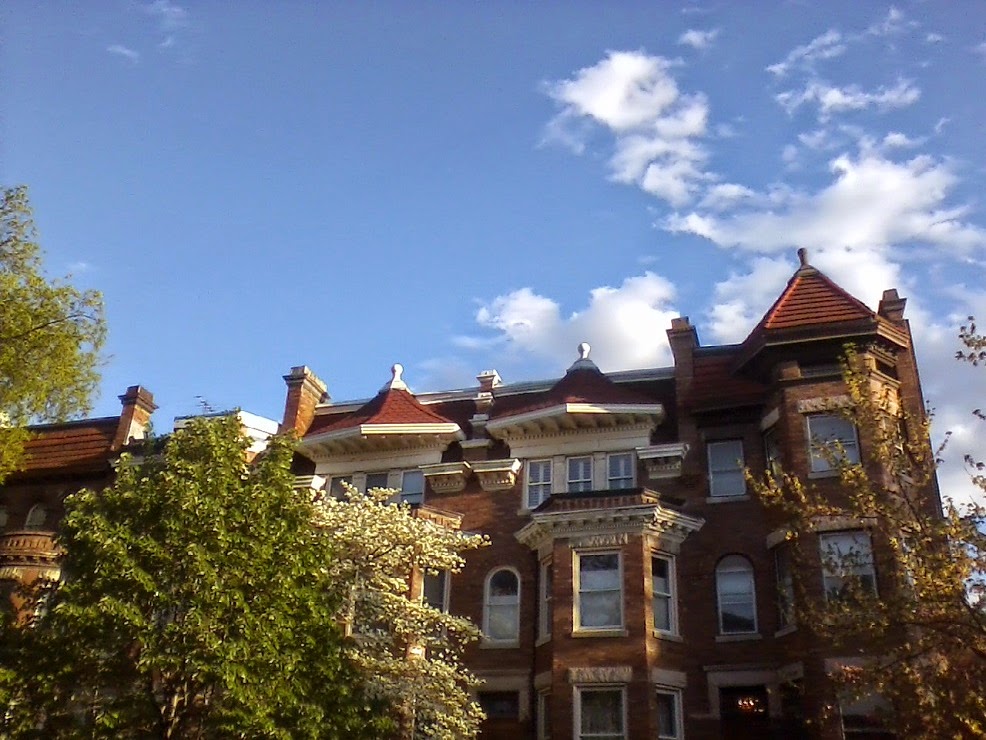 
As you may know, I've not had cable TV since last November and my TV it sitting dark and idle, at least until I can figure out how to work the digital antenna that is in a dusty box.
Having said that, I just discovered that TV Land's website has a whole section devoted to The Golden Girls including a series of full episode videos. It looks as though 5 videos are available (after watching obligatory commercial) for part of the upcoming week with an "expiration date" of April 29, 2015, when presumably a new set of 5 will be available. To be clear, the episodes are still truncated with lots of funny lines cut out from the original to compress them down into the approx. 20 minute format.
Anyway, the link is here. If you click on it, you will be directed to one of the episodes. I'm actually watching an appropriate one for how I feel now: The Flu. 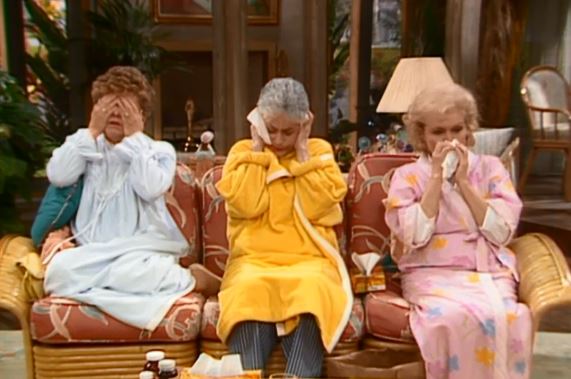 
The weather this week looks to be a tad below normal temp wise (highs between 60F and 68F through Friday) with only a minor chance of rain on Tuesday night and again on Thursday. The 18Z operational GFS actually spins up what looks like an East Coast nor'easter but Sterling LWX is downplaying that as of now, of course.
OK, that's all for now.