A Bit of Unwanted but Not Unexpected Corporeal Inflation and a Lot of Spiritual Deflation ... 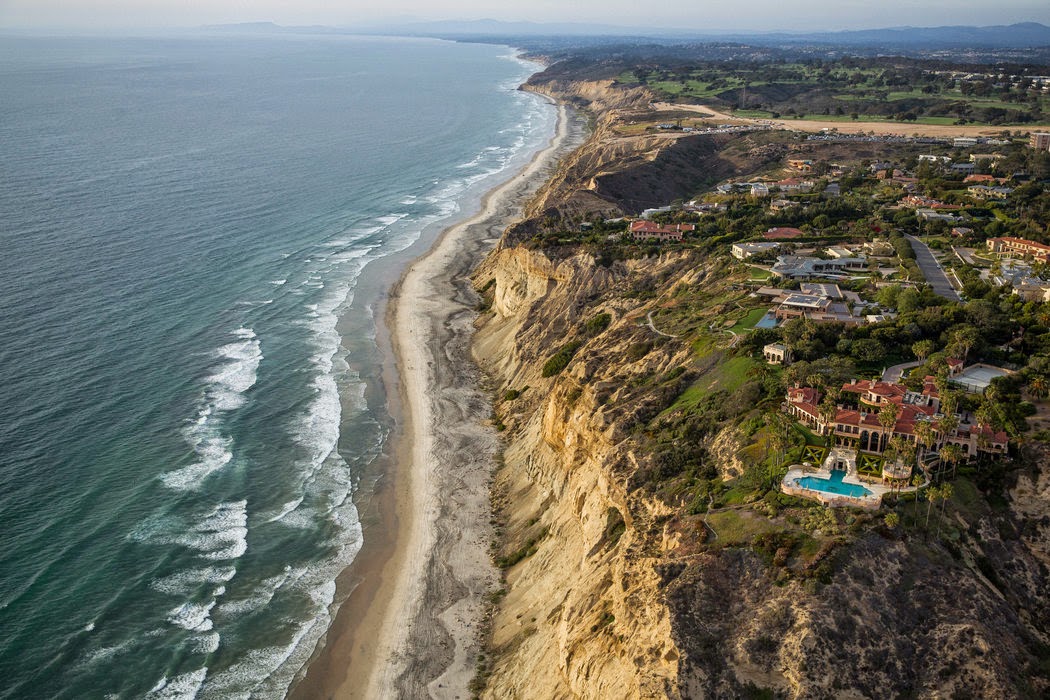 Aerial view of the California Pacific coastline at La Jolla.
*******


Well, I was going to post a political-themed entry centered on this excellent Jonathan Chait piece (link embedded) that has made me feel a bit more hopeful: Why Hillary Clinton Is Probably Going to Win the 2016 Election.
Chait cites six reasons why, in his view, her victory is likely. Some are accompanied by graphs / charts. It's really worth a read. 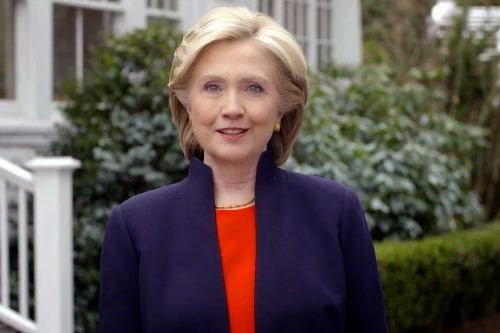 Screenshot of Hillary Clinton in her video announcing her run for the 2016 Democratic presidential nomination.
*******


I was also going to dovetail that piece with Paul Krugman's Monday New York Times op-ed (link embedded): It Takes a Party.
Then I was going to counterpoint it with something that's too complicated to explain in brief, so I won't even try. It was a lengthy comment headed "The Function of the Democratic Party in the Political System" by someone named "Allen" posted in connection with this Salon article.
However, I'm sort of depressed tonight for reasons that I don't want to go into although it is alluded in my previous entry. I was able to confirm it tonight (6 pounds, like I estimated). I need to make some changes. On the positive side, that sudden damn red splotch on my nose has mostly gone away. 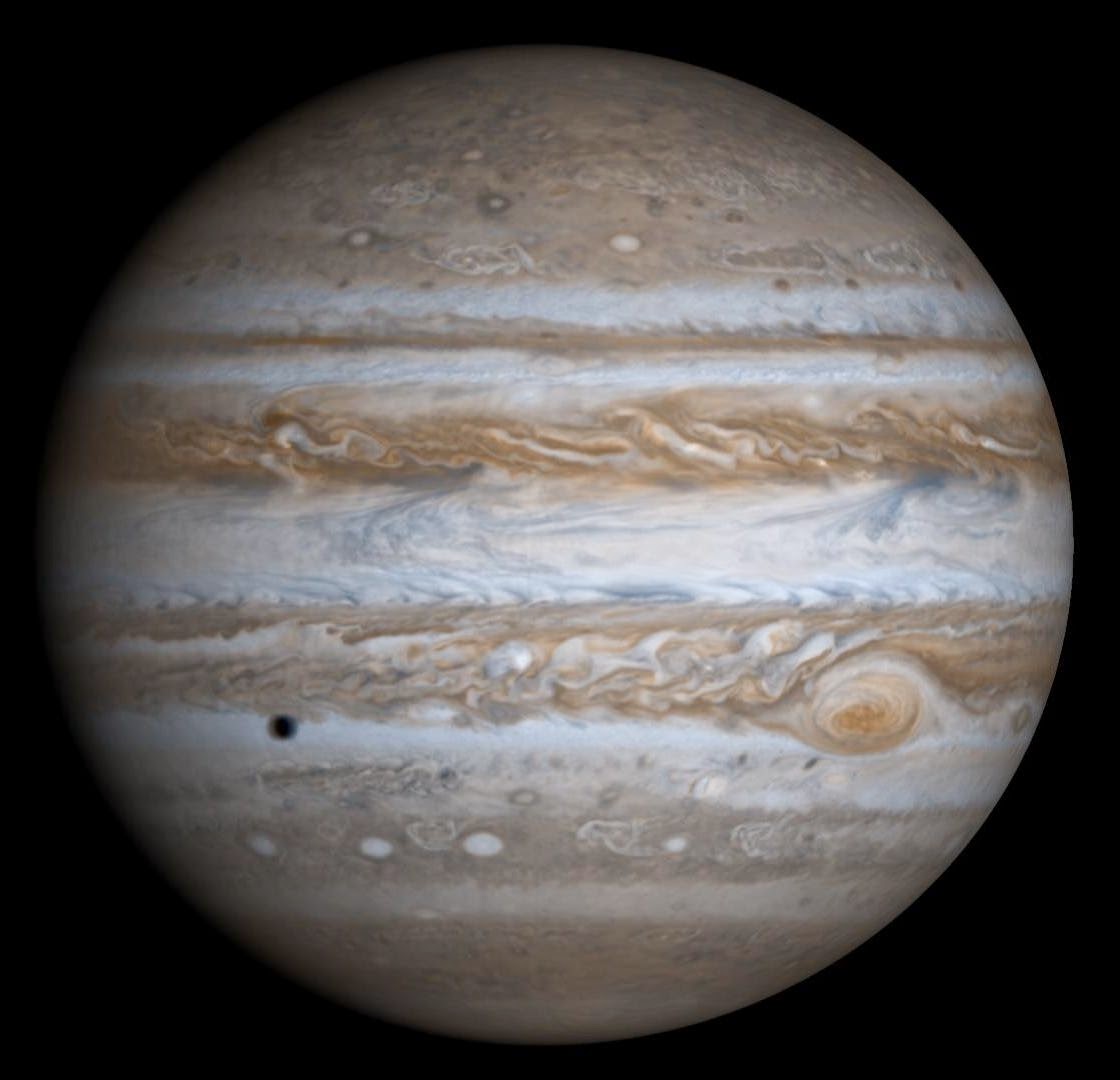 This composite image of Jupiter is doubly relevant to this present blog entry.
*******


As it is, my desire for a multi-purpose political-themed entry sort of deflated anyway when I read another Chait piece (link embedded): How Marco Rubio Got His Mojo Back. 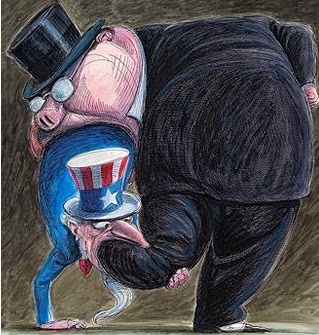 The upshot is that by reengineering his center-right views and proposals to be in line with the corporate oligarchical and plutocratic right that seeks an even bigger upward redistribution of wealth (at least $2.6 trillion over 10 years, and paid for most likely on the backs of the poor and working class) than previous ones carried out with the approval of the voters in this nutty, self-defeating country -- and a beyond-shitty political media unwilling or unable to see his reality -- well, I'm just sort of depressed in a hopeless sort of way.

Updated 11:28PM 4/20/2015: In point of fact, Rubio's Alice-in-Wonderland plan costs trillions more than the $2.6 trillion because of additional features built into it that Jonathan Chait discusses in this piece. 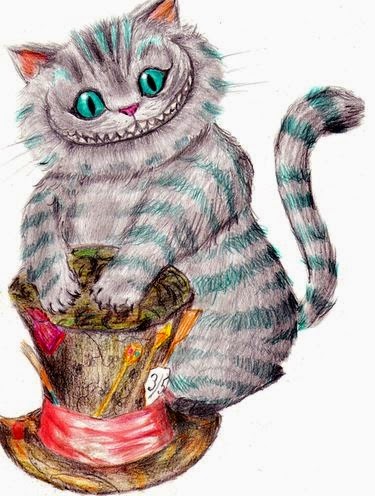 Chait's piece focuses on the chilly reception the plan has gotten from always-nutty GOP supply-siders (such as the Whore $treet Journal editorial board) because they realize the "middle class-friendly" features are so far-fetched that money for those ultimately would have to come at the expense of the tax giveaways to the 0.01% ultra-rich.

At the end of the day, as one of my bosses said at work today during a conversation with her, the Baby Boomers could very well give total control of the Federal Government to Republicans who will then immediately proceed to pull the support rug out from under these very same people. By this she met steal their Social Security (never mind the rest of the New Deal and Great Society systems already in jeopardy).

Fred Hiatt and his Washington Consensus would just love this. Benji Wittes would start yapping at this or that Brookings event while Sebastian "Free Trade With China" Mallaby would pen a CFR position paper that describes why "the Rubio proposal is the best for achieving [whatever fill-in-the-blank bullshit reason some random bat-shit crazy billionaire wants]."

To be clear, none of this is (to use Chait's phrase) the "barking mad" GOP we're talking about -- just the run-of-the-mill Imperial Courtier scribes of the "non-partisan" Beltway Establishment think tanks.


As for Hillary's announcement, it got the usual strange media treatment including a headline I saw in passing in the print edition of POLITICO (ALL CAPS!) about Benghazi. Yes, Benghazi, which is still a source of endless GOP psycho-sexual political fantasies involving a magic political / scandal bullet that takes down the Clintons. No, I didn't bother to read the article. 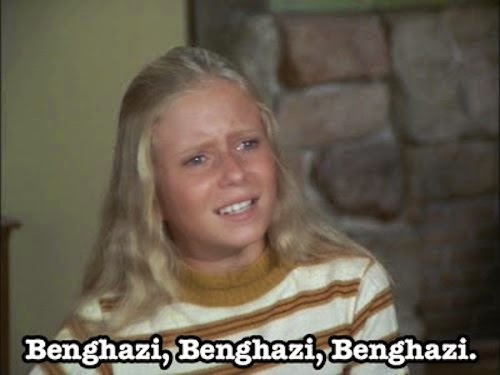 The Maureen Down take on Hillary's announcement was sort of interesting in that she made some reasonable points and wasn't nearly as vituperatively hateful as I expected. Oh, and while Nate Silver is calling the 2016 presidential race a toss-up, Matt Ygelsias took the very same chart -- posted directly below -- and came to a totally different conclusion. 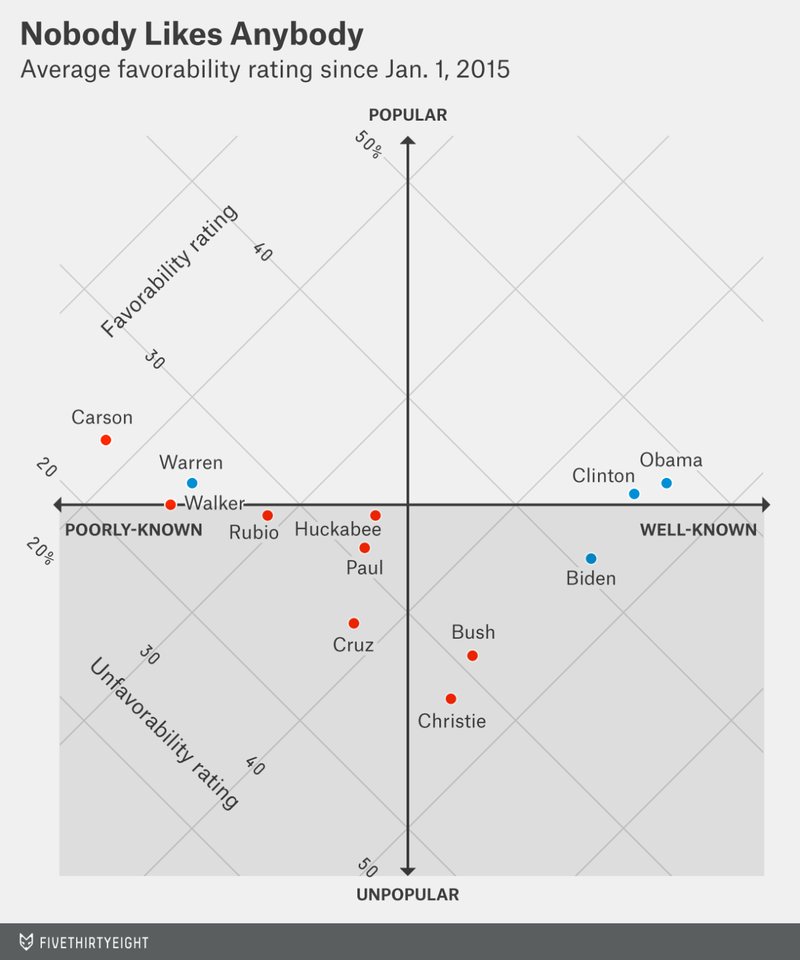 
Anyway, I'm just not in the mood for it right now. Furthermore, I really need to be into work early tomorrow (as in 9:15AM early) to (try to) discuss something with the top person.
Weather-wise, it is a mild night -- temps around 65F at the midnight hour -- here in D.C. following a high of 80F (at KDCA), upper 70s Fahrenheit in most other places (78F at KIAD and 77F at KWBI) under mostly sunny skies. A rainy spell is predicted, which pleases me, but after last week's misses all around, I won't be surprised if nothing happens.
Meanwhile, California remains in its mega-drought. The New York Times had this interesting article about the renewed interest in desalination plants to turn ocean water into drinking water. It was actually an A1 article in the print edition on Sunday. (The lead image and one below are taken from that article.)
I'm not sure whence comes the 187 quintillion gallons figure or to what it is specifically referring. 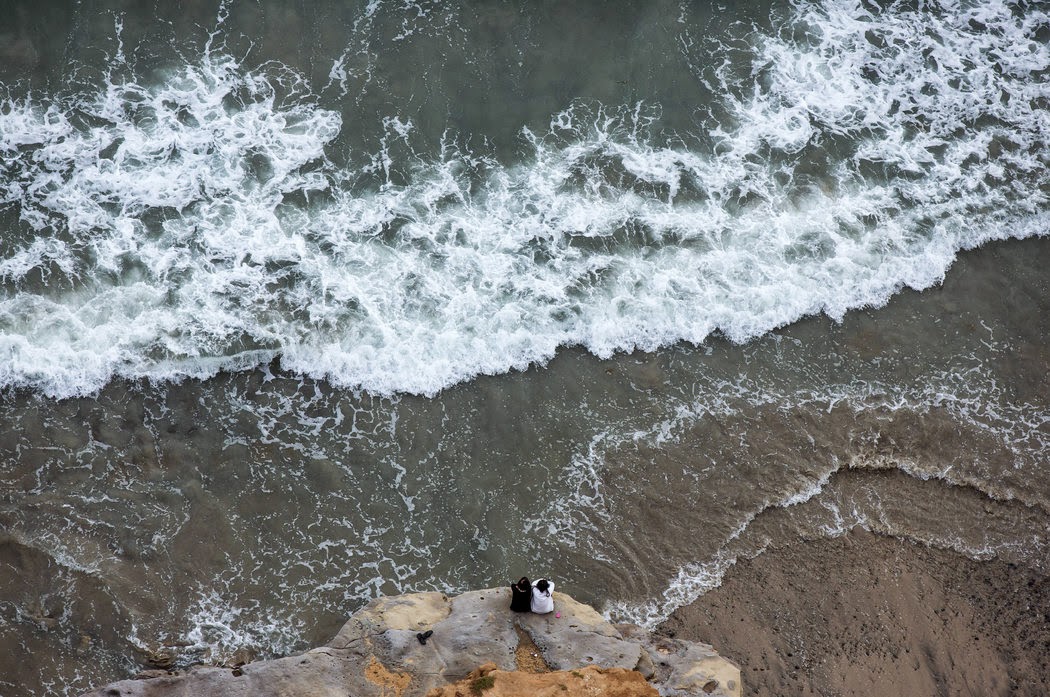 The Pacific Ocean surf along the coastline in Carlsbad, Calif.
*******

OK, that's all for tonight.


I think I am going to add a supplemental gym night on Thursday. I would cancel going out with Natan after work tomorrow night. However, he is leaving in several weeks and I'll never see him again, so I'm not sure. What I am sure is that I will be removing two nights of the four in which I have been out and about drinking.
OK, that really is all for now. I'm not exactly sure when I'll update this blog this week.
--Regulus
Posted by Regulus at 12:55 AM