Rainy Night March Muse -OR- Hotmail Cools for the Former Fool, While the City Beautiful Rules 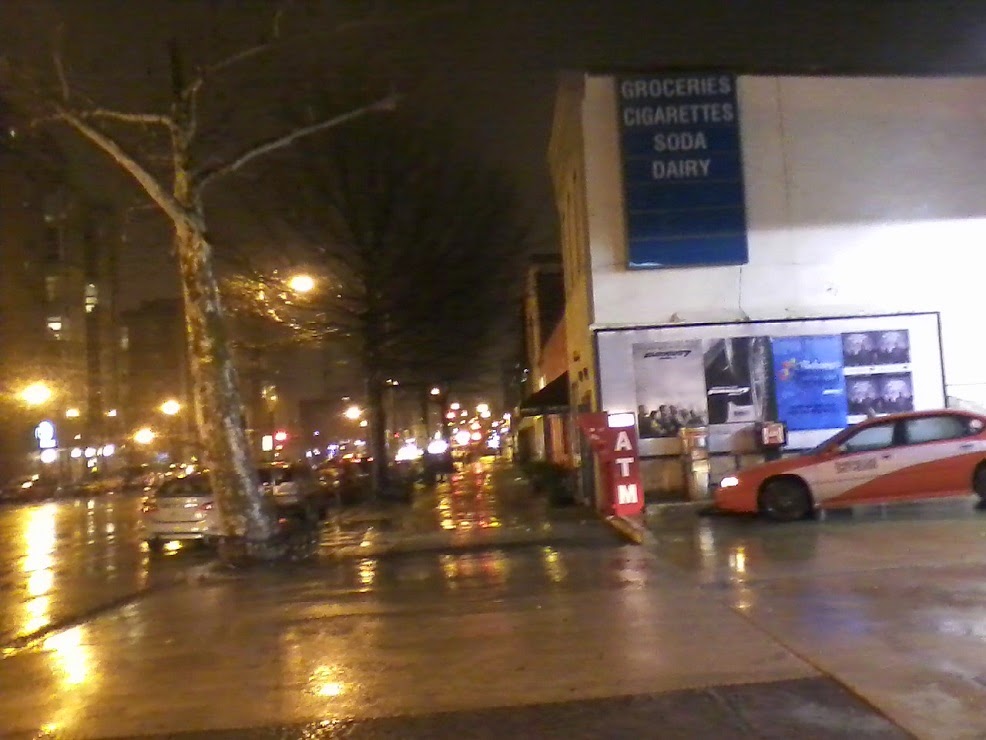 Rainy night looking south along 14th St. from W St. NW, Washington, D.C., 10:21PM March 26, 2015.
Three of images in this blog entry were partially taken by yours truly while walking the short distance home from the Anthony Bowen YMCA to my apartment and one as soon as I got home. It was raining moderately to heavily at that point (see below).
*******


I'm getting a way, way late start on this entry, which is necessarily going to limit the content. It is already 12:08AM as I start. 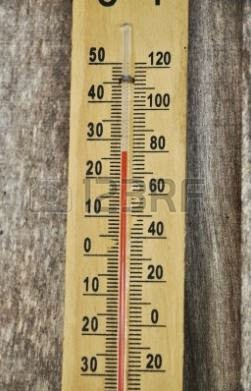 Tonight featured a rainy frontal passage following a suddenly warm day -- the warmest since last October -- that stood in contrast to all the cold weather / below normal temperatures of the past few months. 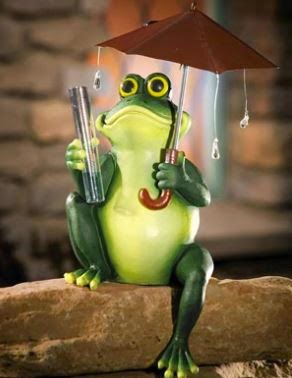 For completeness, KDMH reached 70F on Thursday and had 0.37" rain.


A strong cold front is pushing across the mid-Atlantic region and Eastern Seaboard tonight and highs tomorrow through Sunday are forecasted to reach no more than 50F with sub-freezing lows possible Sunday morning (around 28F in D.C.)
Actually, there is another batch of moderate-to-heavy rainfall arriving in the Metro D.C. area as I write this up. However, any additional rainfall will be counted in the March 27th tally. 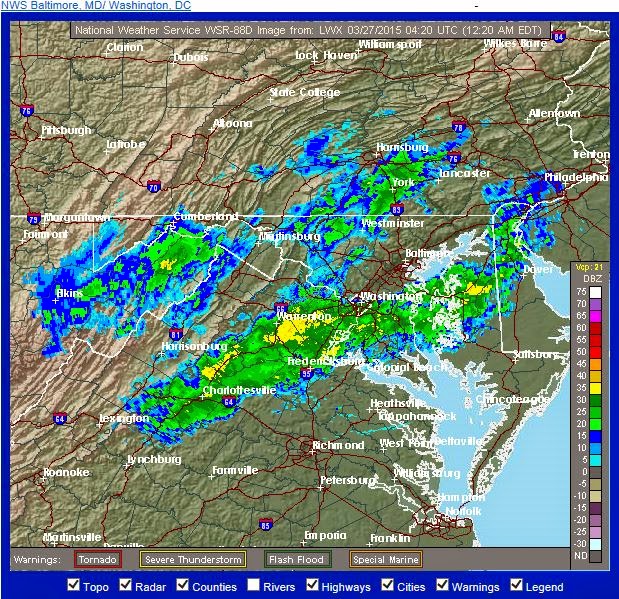 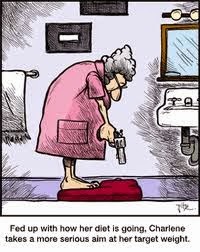 So I went to the gym tonight and had a full three-part workout. However, I must note that my weight notched up to 144.5 pounds on the not-entirely-accurate scale in the men's locker room. This is up 3.5 pounds from my all-time lowest and 1.0 to 2.5 pounds above my typical range in the past 18 months.


Two points: First, I only check my weight once every week to 10 days. Secondly, my weight is still 39 pounds below my most conservative measurement of my heaviest weight in mid-June 2012 -- and it's really more like 43 pounds of fat. I need to use the huge, old scale at the National Capital YMCA for a really accurate weigh-in, but I just don't go there much anymore. 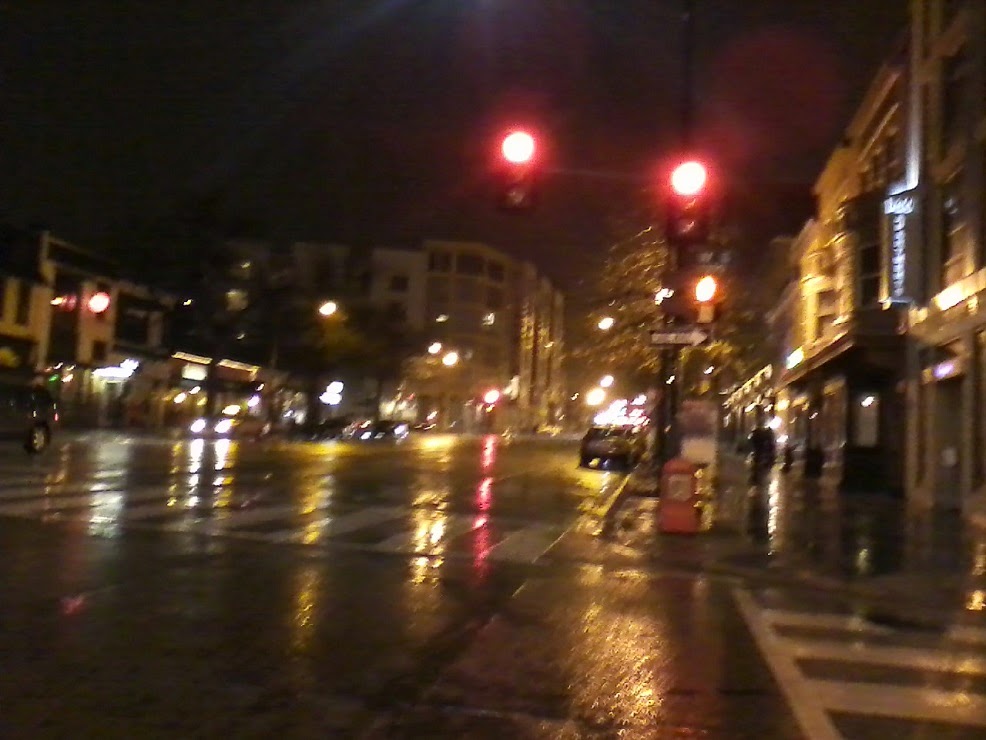 
Now it is possible I put on a tad of muscle mass -- I mean, I notice a difference. Maybe it's some combo of a bit of muscle, a wee bit of extra fat, and the big pile of hair atop my head now. However, odds are it is just fat. And that pleases God to know end. 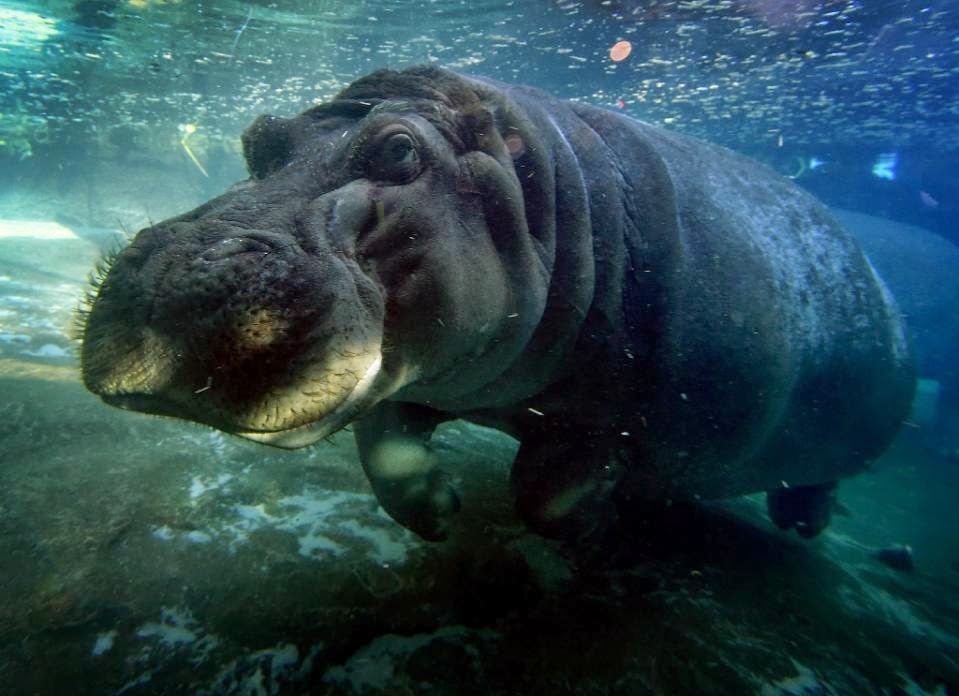 
Anyway, I jogged 6.5 miles on the treadmill through two course runs (various places on the South Island of New Zealand and the Trinity - Shasta National Forest of California, including Gold Bluffs Beach in Prairie Creek Redwood State Park, and ending in the Jedediah Smith Redwoods State Park); spent 70 minutes weight-lifting including some free weights, although not crazy intense; and 20 minutes in the swimming pool.
I'll go again to the gym on Saturday afternoon.
*******


Brief Mention of the Germanwings Jet Aircraft Intentional Crash ...
I was going to write a bit about the terrible Germanwings flight 9525 jet crash in the French Alps this past Tuesday that killed 150 people and that appears to have been quite a deliberate action by the young German co-pilot, Andreas Lubitz, age 27 or 28 (both ages are being bandied about) and with no known terrorist associations. However, it's just too much to get into right now. Suffice it to say, it is major news both in Europe and here in the States. 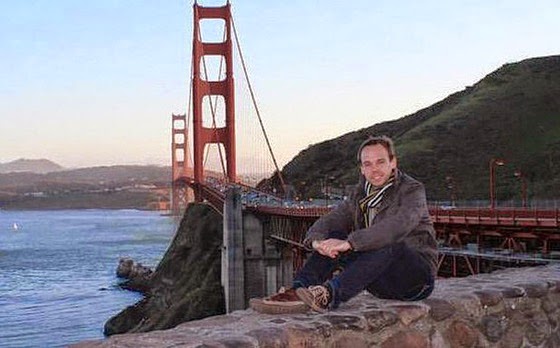 This undated Facebook picture of Andreas Lubitz posing by the Golden Gate Bridge has gotten a lot of attention.
******

I am in the process of getting rid of my Hotmail ("Outlook") email account. I've had it at least since 2001, and it was my main "social" email for a number of years. It also was my main email account during my nightmare 2004 and through so many frickin' god-awful years, namely, 2007 (when I began work at the Japanese turkey farm) and through 2010 until I got my current job. This included the year of 1099 "independent contractor" American corporate capitalist wage-slave hell.

In recent years -- as I've moved most of my social email activities to Yahoo -- I've only used Hotmail to send the pictures taken with my various flip-open cellphone cameras.


At some point late last year, the picture "text" message functionality of Hotmail inexplicably stopped working. That is, no matter what picture I sent to myself from my cellphone, the image was not attached or otherwise embedded.
This eliminated any use for my Hotmail account. Furthermore, because I am charged a ridiculous amount of about $21.45 each year (that's $19.95 plus a shifting tax amount), and have been for years, it has just become time to get rid of the account outright. 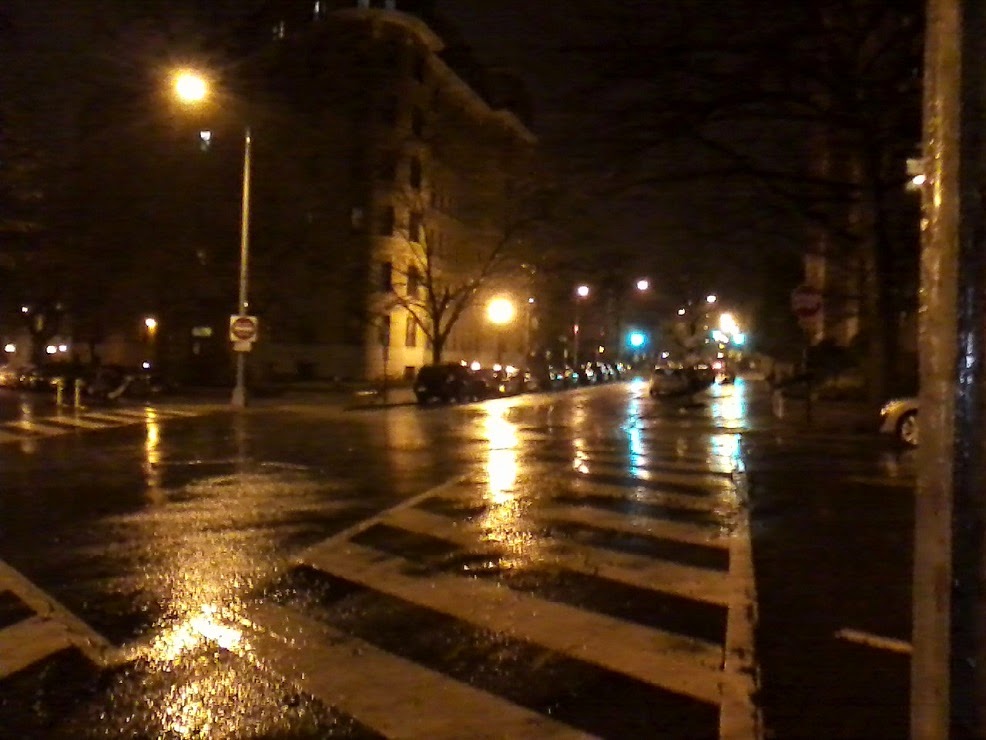 
The only trouble is that I have exactly 12,629 photos in a certain folder covering 361 "pages," many of which I have posted on this blog and the earlier ones, though many I have not. I also have another 74 in my Inbox that I never went through and sorted. I will lose all of these once the account is closed or July comes and I've not paid my bill, whichever comes sooner. (As it is, I've deleted the bank card info so it can't just debit automatically.)
I deleted literally thousands of emails tonight in broad, fell swoops, and then had to re-delete them in the "Deleted" (trash) folder in a similar manner. I got rid of awful messages from all kinds of people including EVERYTHING associated with the absurd M. WADE Tipamillyun (and the Sideshow Crow) charade with its years of mind-boggling pointlessness and self-inflicted nonsensical agony surrounding this ultimately imaginary episode.
Simply put, I thought I had hit pay dirt, but it turned out it was just perfumed poop, but I was too ass-hat dumb to see that. At this point, I've nothing but contempt and regret at the whole nearly decade-long flippin' farce. It's finally over, though, and to adapt Martha Stewart's adage slightly, that's a good thing. 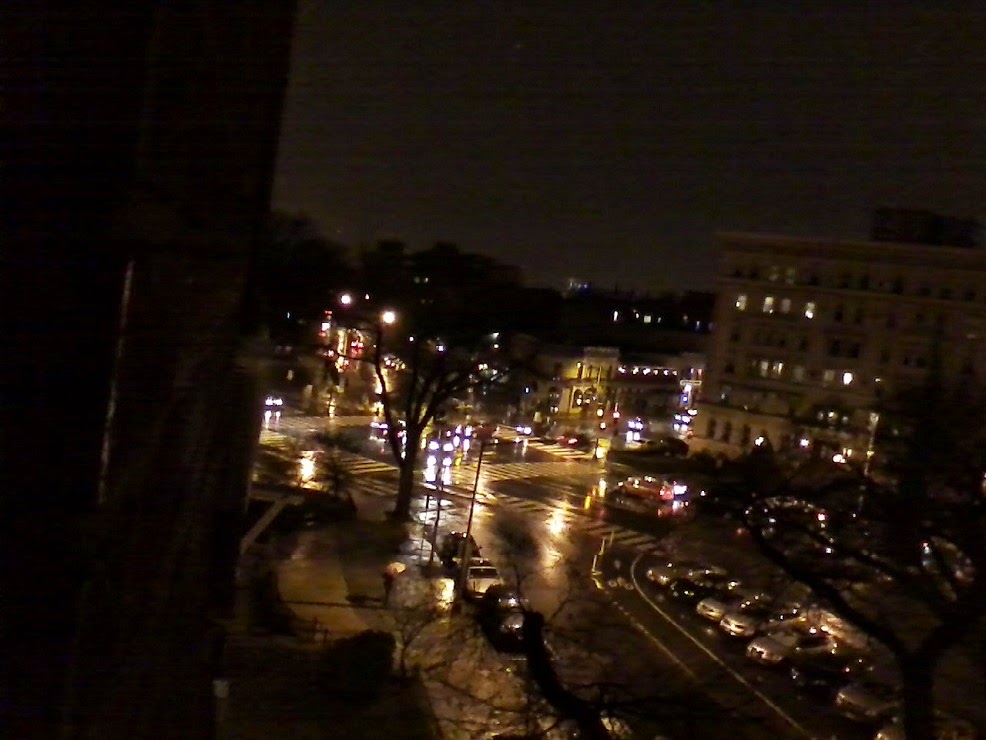 
Oddly enough, I came across a few emails between me and another person who once worked in that establishment, and who I kind of liked at the time in a friendly way. Alas, I've lost touch with him -- a single email to an AOL account last year went unanswered. All I know is that his family runs this vineyard in the Willamette Valley of Oregon, and not to be confused with this vineyard of almost same name located in San Luis Obispo County, California.
He got out of D.C. I wonder whatever happened to him.
******* 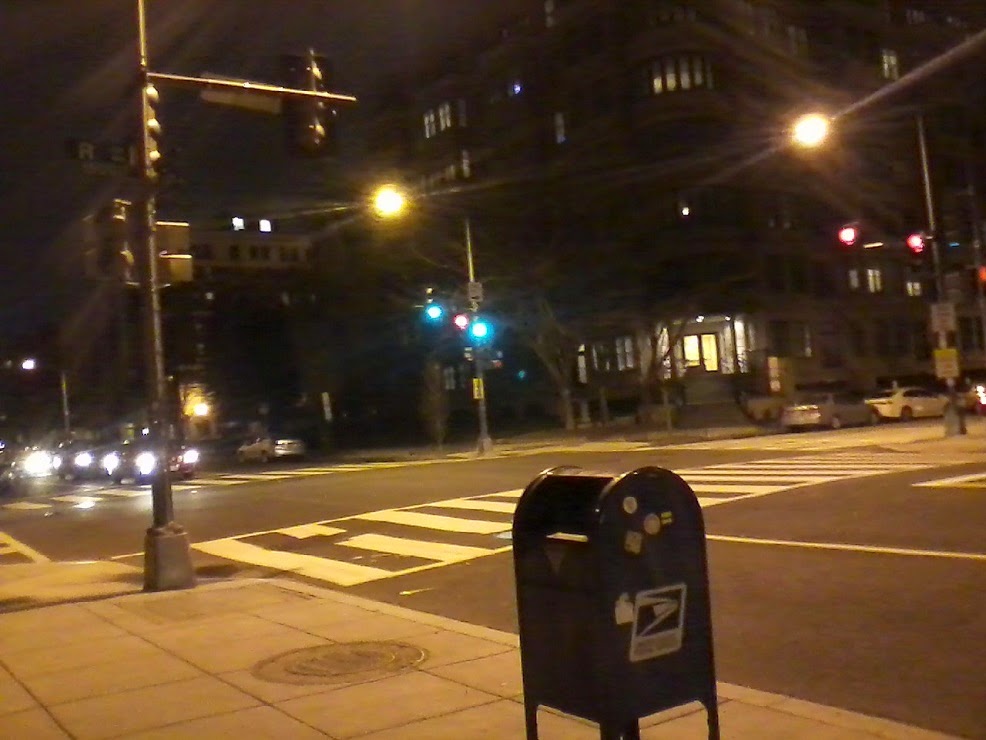 
OK, that's about it for now. Oh, yes, my former co-worker and friend, "DD," sent me this image after running my name through something he called "Box's job description generator" -- not sure what that is or what criteria he used -- and this is what he came up with:
2:28PM 3/28/2015 CORRECTION: It is Vox's job description generator. DD's text message auto-corrected incorrectly. The article with generator is here. 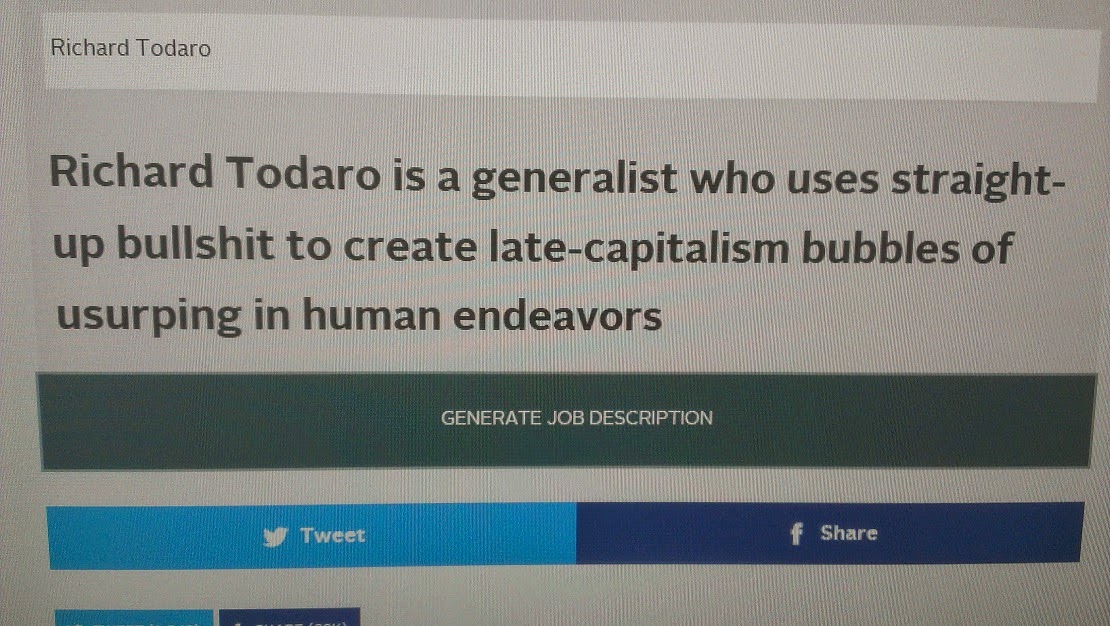 DD, you're just a barrel of witty laughs.
He did one of these job generators for himself, and it came up as follows (with this name removed): 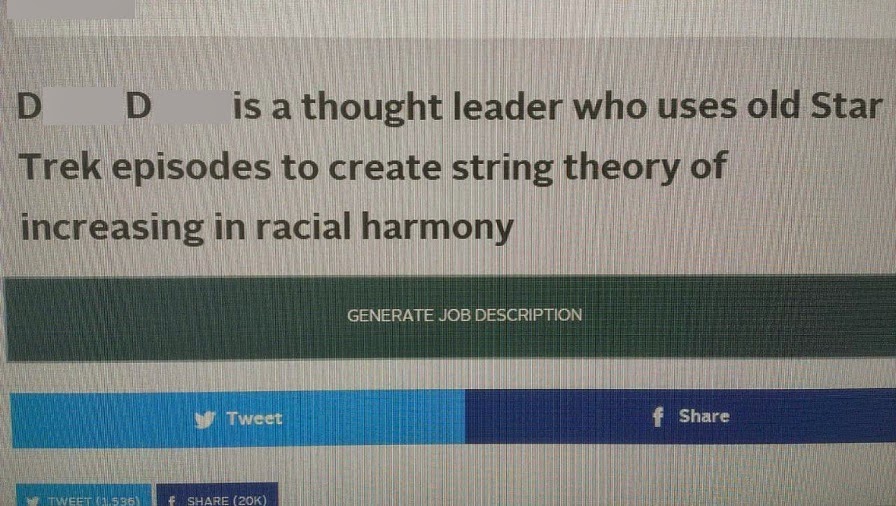 Someone tell me how this works and I'll come up with some stuff for me and for him.
*******


OK, that's all for now. My next update will likely be on Saturday.
--Regulus