My Difficult Week (and Month) for Blogging; A Far, Far More Difficult Time for Vanuatu 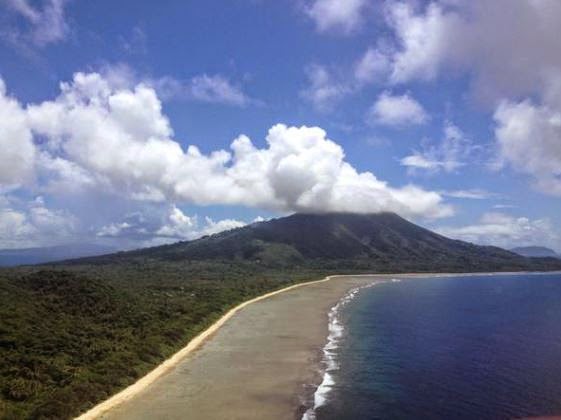 Emau island, Vanuatu, before Tropical Cyclone Pam, date uncertain (probably in 2015)
The images in this blog entry-ette come from Australian journalist Sam Bolitho's Twitter page but were taken by pilot William Dyer. They show image of Vanuatu before and after Tropical Cyclone Pam buzz-sawed its way through the island. The first two images are of a small island part of Vanuatu called Emae. The last two are of an islet located off of the tiny island of Epi, another part of Vanuatu. These images were posted in this CWG entry.
Vanuatu was devastated by the category 5 tropical cyclone ("typhoon" / "hurricane") last Saturday / Sunday with top sustained winds of at least 165MPH and gusts to an estimated nearly 200MPH.

The death toll so far, however and thankfully, is reported only at 11 with 30 injuries. Those folks are doing something right (although it could go higher as reports come in from the more isolated islands that also make up Vanuatu).

Vanuatu has a population of about 267,000 and consists of about 65 inhabited islands plus roughly 17 other uninhabited ones. About half the population has been affected, in particular on certain islands where nearly all structures were obliterated. There are relief efforts underway including from New Zealand, Australia, and the UK.


I'm home tonight -- not at the gym and only after a brief, crummy post-work "solo" happy hour at one of my regular bar spots where I tend to go on week nights when it is not a gym night. (Speaking of gym, I was quite sore last night into today after my workout last night. Sorry for using "last night" twice in one sentence but I couldn't really avoid it.) 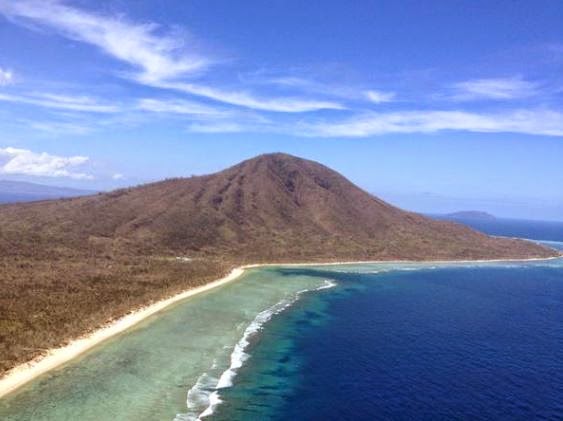 
It's not that late and I ate dinner (actually, left overs from last night plus some other food as I was -- still sort am a bit -- hungry). It is "only" 10:21PM as I write this, and there is a mix of late season snow and rain in the forecast even in D.C. proper that could result in a two-hour delay tomorrow. 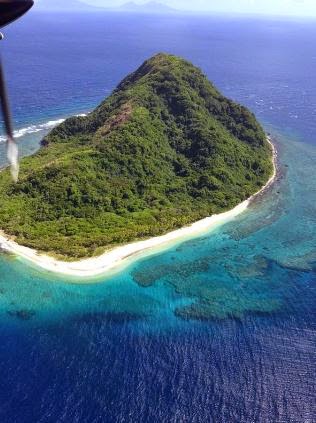 An islet off of Epi island, Vanuatu, before Tropical Cyclone Pam, date uncertain. Again, the actual picture was taken by pilot William Dyer as were the other three.

However, I'm very tired and also having real trouble posting entries this week, indeed, for much of this month. At this point, I've got about three in draft phase/


In addition, I have the kick-off short-story entry that I want to write / post on my re-constituted Arcturus's World blog. That one will be free of the veritable straitjacket of having to post so many damn pictures to accompany an entry. 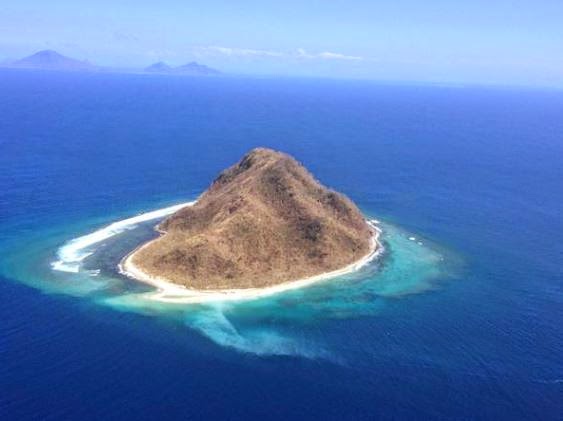 An islet off of Epi island, Vanuatu, after Tropical Cyclone Pam, March 18, 2015
Note a leaf remains on that steep, small "hill" rising out of the tropical Pacific Ocean, which for its part looks quite normal, though -- back to serene turquoise blue. I suspect nature will quickly heal itself, though.
*******


It's just so damn hard to post anything. It takes so long, the entries get so convoluted (if only because there is so much "stuff" happening in the world that just adds to what I want to post), and I don't have sufficient photos / images. Furthermore, I always start ridiculously late, in part because the rest of my "life schedule" is so filled (even if needlessly and ritualistically so).
As it is, I really only have one truly "regular" reader -- aren't I the lucky one? -- and a few intermittent ones. Big Whoop. At the very least, the super annoying Milwaukee Rabbi now longer checks in. 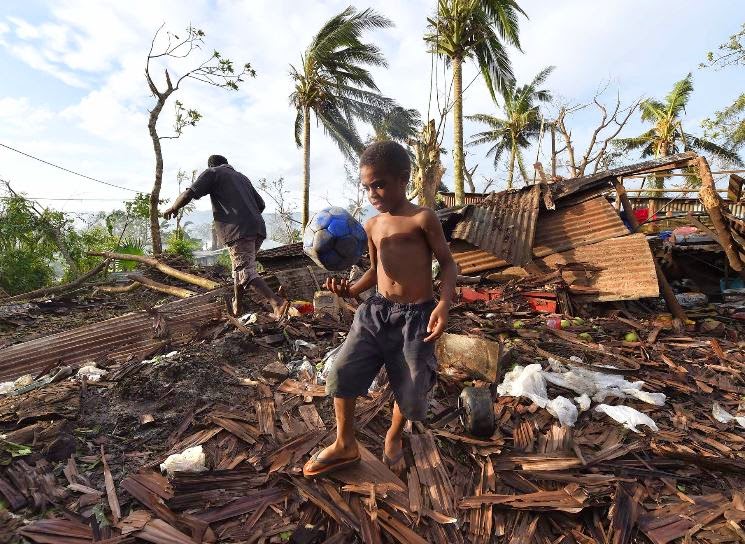 A young boy goes through the wreckage of his home following Tropical Cyclone Pam in Port Vila, Vanuatu.
*******


Anyway, I'm going to try to post something tonight but don't be shocked if it doesn't happen.
--Regulus