Let's get things off on the right note tonight ...

The Great Bix Beiderbecke and his New Orleans Lucky Seven (or just his "Gang") perform Royal Garden Blues (1927)
Bix's talent was exceeded, alas, only by the tragedy of his far-too-short life. It's been too long since I last featured him on my jukebox Saturday night entry series.
I'm actually in a jazz / swing / Big Band frame of mind because I discovered this week that my buddy Bryan Wright has been updating his Shellac Stack website with new podcasts. 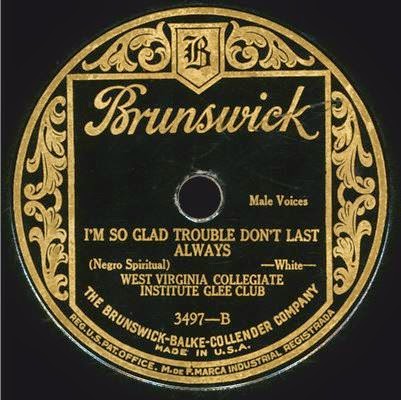 I hadn't checked in his site in probably 18 months, but when I did last Monday, I discovered Bryan has been intermittently posting new roughly hour-long episodes since late December. I listened to three of them at work yesterday. (I also emailed Bryan, and he prompted replied.) 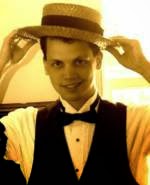 It really is such a shame that all those many hours of music on his awesome Sound Stage program on the BostonPete.com internet radio station were lost after that internet radio station retooled itself as nothing more than a seller of vintage music. That aside, I think Bryan really should have his own show on WAMU or something like that here in the D.C. area.


There's definitely a real interest ("market") for what he does.
Speaking of Bix and Bryan ...


Changing gears to something more Saturday night upbeat, not to mention a captivating video with some awesome lyrics ...
"Primadonna" by Marina and the Diamonds from her Electra Heart album (2012)
Two tidbits: (1) Marina and the Diamonds is her stage name -- that's not the name of her and a larger band. It's a pun on her actual name, Marina Lambrini Diamandis; (2) Electra Heart was released on March 20, 2012 -- three years ago yesterday.
*******


And let's end with something upbeat, energetic, and yet relaxing in its way ...
"Someone to Call My Lover" by Janet Jackson from her All for You release (2001)
I quite like the video as well as the song. This version features the music video -- and then plays the song a second time but with a black screen.
*******


I had a decent gym workout and I also managed to do a bit of grocery shopping and do my laundry. I'm heading out to Dupont Italian Kitchen for dinner with Roger L., and then I'll probably go to No. 9.

I'll try to update the blog tomorrow since there are still two or three distinct entries that I want to post. However, I'm not going to sit inside all day on a Sunday just to update the damn blog. I'm either going to take an afternoon bike ride or join Gary in Arlington visiting his mom.
--Regulus