Briefest of End-of-Weekend Updates -OR- Out Like a Lion, This March 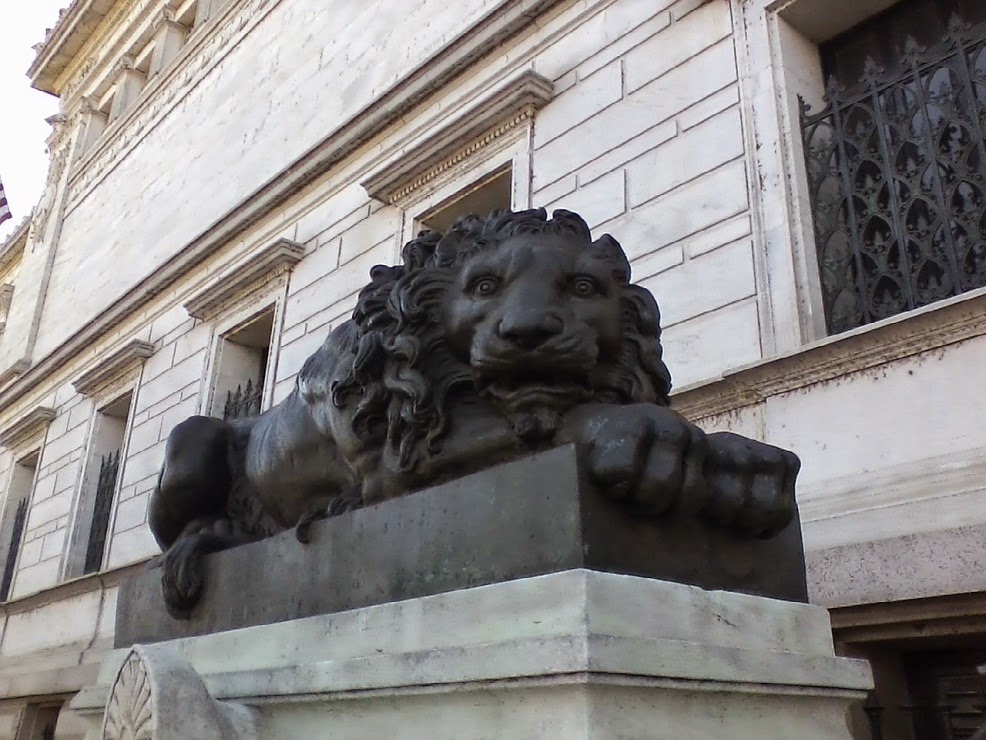 
Today -- or rather, technically, yesterday, Sunday -- was a pleasant day spent talking a lengthy walk with my friend Nick that brought us down to the National Mall (following brunch at Trio with Gary, et al.) and over to Georgetown, where we stopped at Mr. Smiths (in its unlikely new home that once housed the Georgetown Chadwicks) and then to the Pizza Paradiso on M Street) before we parted and (following a minor heart palpitation episode) walked to Larry's Lounge, where I met Gary and then (courtesy a distance-wise unnecessary but cold night welcome ride from him) returned home.
I probably walked at least 6 miles, perhaps 7 miles, including through the residential backstreets of Georgetown to Dupont Circle just after nightfall.
I have lots of pictures that I would like to post. However, I'm quite tired and need to go to bed. That entry will have to wait until, perhaps, Monday night after the gym. 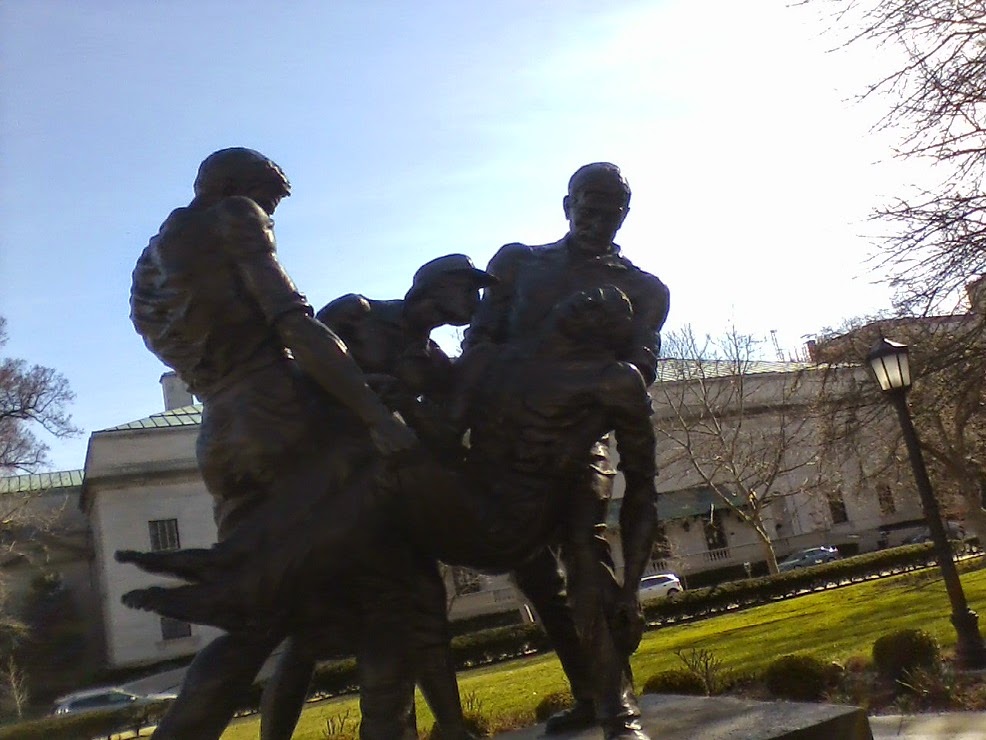 The Men and Women Killed in Service Memorial, American Red Cross Building grounds, Washington, D.C., 4:41PM March 29, 2015.
I remarked to Nick that it looks like that woman is robbing the wounded guy. (Yeah, yeah, yeah -- I get it -- it's a Christ and Virgin Mary thing going on. Here's a better view.)
*******


In the meantime, read this New York Times piece by Eric Foner (link embedded): Why Reconstruction Matters.
I hate, HATE, HATE the 19th Century-styled Southern-dominated politics of our frickin' country that controls us even in the middle of the second decade of the 21st Century. This country can break-up tomorrow if it wants with the South its own goddamn country to which not a single penny in my goddamn tax dollars go and has NO representatives in the House, Senate, or goddamn Electoral College. This includes virulently homophobic Indiana and its Governor Mike "White Man's Burden" Pence. Fuck him. 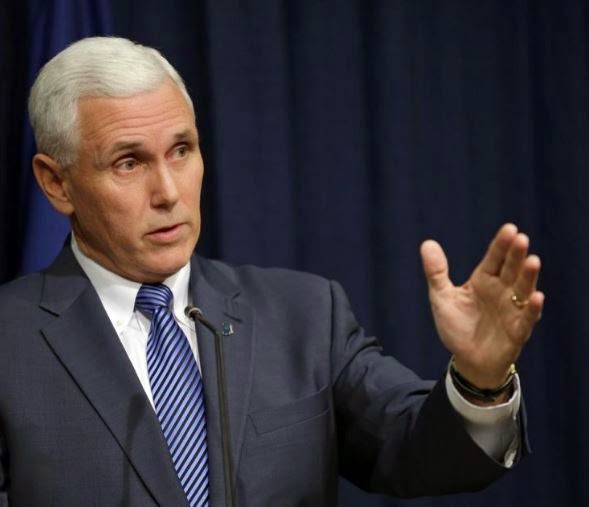 "Jesus said, yea verily, kill all gays and eliminate all taxes and regulations on billionaires and their corporations!"
*******

I hate just as much our late-stage capitalist system whose drive for profit creates and sustains the vulgar and hateful entertainment razzle-dazzle machine that facilities this endless political nightmare.
OK, that's all for now. I'll try another entry later (i.e., tomorrow) after work and the gym. I would like to mention the (as-yet-unofficial) all-time record high temperature of 63.5F / 17.5C reached last week in Antarctica and to post the remaining pictures I took on my Sunday walk.
--Regulus
Posted by Regulus at 12:10 AM