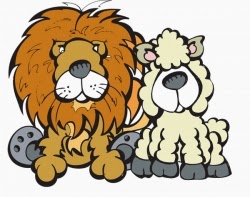 I really didn't plan on posting an afternoon, but I would like to mention that there is an ongoing freezing rain event across the extended Metro D.C. and Baltimore areas with an actual winter storm warning in effect for ice accretions up to 0.3 of an inch (especially outside of the urban centers).
Here is the CWG entry (link embedded): Icy travel conditions into tonight with temperatures slow to warm (UPDATES). It includes some photos of the icy-treacherous conditions around the D.C. area.
Yes, this March is coming in like a lion. 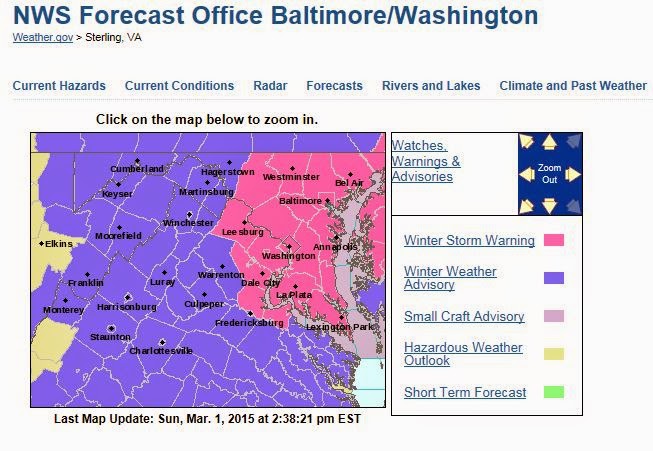 
I would like to post a summary overview of the climatological winter -- Dec. 1st - Feb. 28th -- and note just how cold it was both in his area and other parts of the Northeastern U.S. including, of course, the snow-blitzed Boston area. The current system might just drop enough to put Boston Logan Int'l Airport (KBOS) over the 107.6 inch all-time total. 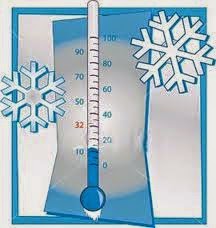 
Oh, and I meant to mention last week that Dulles Int'l Airport climate station (KIAD) got down to -4F on the morning of the 24th, a new daily record and the lowest so late in the season. It shattered the previous daily low of 14F set in 1967 by 18F (although, granted, Dulles only has a 52 year climate record).
That same morning, National Airport (KDCA) fell to just 14F. Furthermore, its daily record low of 1F set 1873 in the pre-airport period when the records were kept at M and 24th Street NW (and nearly at the dawn of the climate record-keeping period in 1871). As I've mentioned before, given its location and micro-climate, it is exceedingly difficult for KDCA to reach record lows (although it managed at least one this winter). 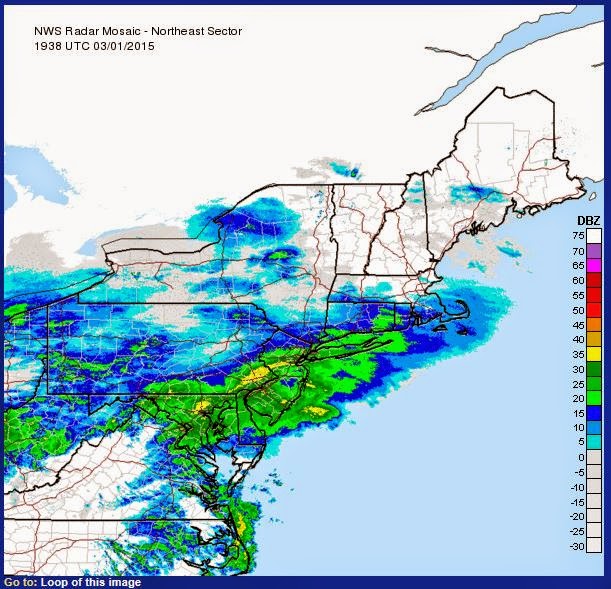 
Preliminarily, for Baltimore, as recorded at BWI Airport (KBWI), had a February anomaly of -10.5F with an average temperatures of 25.3F. The lowest it reached was 1F above on the morning of the 20th. 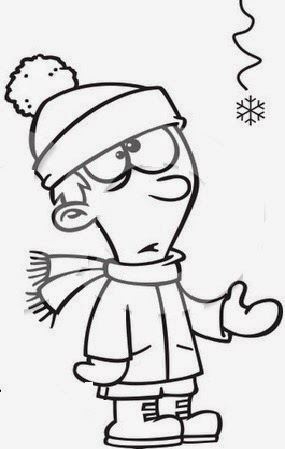 As I noted in this entry, both KBWI and KIAD are above normal on snowfall for the entire season. Meanwhile, KDCA is at 13.4 inches (I doubt today's event dropped anything more than a "trace" there), which means (if no more falls) 2.0 inches below the current 30-year average.


I was on the phone for about 90 minutes with my dad while putting this entry together (and while folding my laundry). I hadn't spoken to him in a few weeks and really only twice in the past six weeks.
He is still planning for me to come down to visit him in his Flagler-by-the-Beach seaside trailer park in unincorporated Flagler Beach (nor of actual Flagler Beach). The "seaside" sounds nice but, trust me, it's a depressing part of the Florida Atlantic coastline.
There are many pretty places on the Florida Atlantic seashore but Flagler Beach is not one of them.
Oh, and I got, of course, the latest Shannon updates. Yes, they are interacting in ways that are probably seriously afoul of the court would tolerate ahead of her upcoming appearance (on Tuesday) before the judge. At the very least, they aren't living together. Also, we managed to talk about a lot of other things. 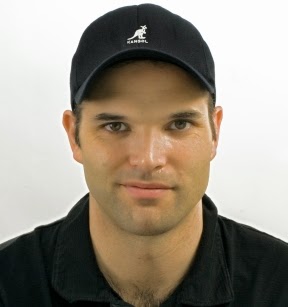 OK, before I end, let me just post this wonderful except of Matt Taibbi's most recent Rolling Stone piece on Scott Walker, the current darling of the Teabagging / talk radio / Fox News / CPAC attending GOP base, as opposed to what the Big Money oligarchs want (tepidly, Jeb Bush).


"Beltway Democrats may not deserve good luck, but it looks like they could have plenty in the next presidential race. Heading into the weekend, Scott Walker, a man born to be slaughtered in a general election, is suddenly leading the Republican pack in the Iowa polls...
Scott Walker as a political performer is pretty uninspiring. He doesn't have George Bush's pretzel-mouthed Texas charm or Sarah Palin's hockey Mom magnetism. He can't fall back on an ethnic American dream parable like the one Marco Rubio can run on. He's just a doughy, finger-pointing white guy of the type the Republican Party has been churning out to fill state assembly seats or run in back-bench congressional districts seemingly since the beginning of time. He's exactly the kind of politician the modern Democratic Party is set up to beat. 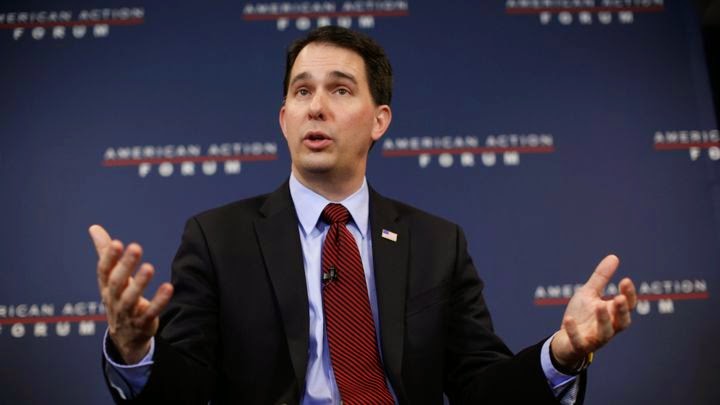 This was supposed to be the election cycle that featured an inclusive new conservative vision, one that reflected the country's changing demographics and would make the Democrats work harder for everyone's vote. Instead, they're churning out the same old us-against-everybody narrative, filled with the same insulting bromides about how they have a monopoly on patriotism and are apparently the only people in America paying taxes.
If that's where this is going -- if the Republican Party runs with someone like Walker instead of having the courage to tell their voters to stop calling the rest of us terrorists and traitors – then they deserve to lose again and lose badly. Forget about how offensive it is, that schtick doesn't work anymore, not even for them.
*******


OK, that's all for now. I need to do a bit more work on one of my final BA reports this afternoon, and then I'll venture out on foot into the treacherous icy conditions. The air temp should climb above freezing soon. KDCA is at 31F as of 2PM, while KBWI and KIAD are still at 29F and 28F, respectively.
My next planned update will be Monday night / early Tuesday.
--Regulus
Posted by Regulus at 3:27 PM