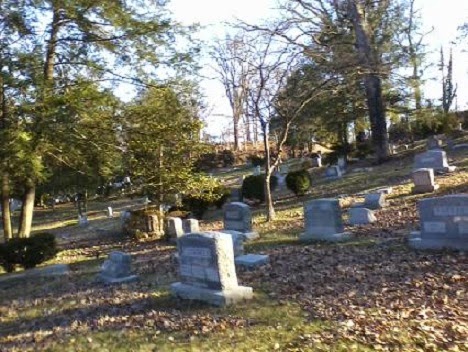 Ivy Hill Cemetery, located in Alexandria, Va., 5:38PM March 15, 2015.
I was on my bike ride but walked the bicycle through the cemetery. It provides a connection between Timberlake Br. Parkway and King Street. I've mentioned Ivy Mike Hill Cemetery in this entry on another bike ride.
*******


I wrote this entry last night and rewrote it somewhat this Monday morning to sound more even-keeled and less upset (in particular on the matter of Gary) ...
This was a rather shitty weekend in which my friendship with my ostensible long-time "best friend" Gary P. was destroyed, or rather, revealed fairly clearly and obviously for what is has long been, but I'm not going to get into that right now. That's for an upcoming blog entry. Suffice it to say, I'm quite upset with him even though this kind of behavior is nothing new. However, I cannot accept it in someone who is supposed to be my best friend.
I also realized this weekend that I really have no gay male friends. The "closest" is probably my long-time but very intermittent friend from my high school days, Brian, who lives in midtown Manhattan and northwestern Connecticut (yes, both places). 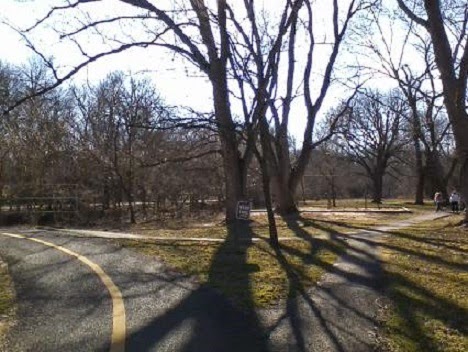 
Chris H. ("H2" said it best on Saturday night seated next to me as I was at D-I-K having dinner: Gay men would throw their wheelchair-bound grandmother off a cliff if it meant getting to a hookup on Grindr.
That aside, I had a nice bicycle ride today (well, yesterday now) in the bright, sunny, breezy, brisk day totaling about 22 miles. The route took me from my apartment here in D.C. to the Foggy Bottom Metro, where I caught an Orange Line train to West Falls Church station, and thence via Grove Avenue to the Washington & Old Dominion (W&OD) bike trail, over to Shirlington and into Alexandria, over to Old Town and thence back to D.C. 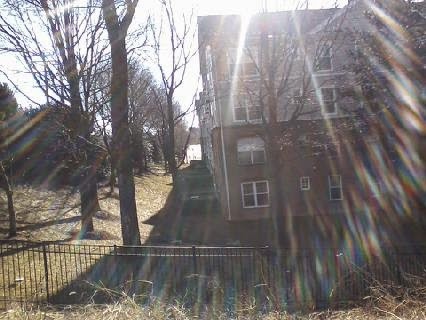 Apartment complex off Haycock Road, Falls Church, Va., 4:34PM March 15, 2015.
This is part of a sprawling apartment or townhouse complex by the West Falls Church Metro. I don't know the name of it (it's located off Haycock Road). However, this particular corner of this particular building intrigues me. I was trying to take a picture but I captured the attention first of a little yapping dog down there in that "valley" and then of the dog's owner, a somewhat perplexed woman who was watching me.
UPDATED 11:48PM 6/21/2015: The condo complex is called The Pavilion and at least this portion of it is the 7000 block of Haycock Road (actually, I think it is 7011 Haycock Road; unsure of unit numbers). End of Update.
*******


The W&OD trail runs along an old rail line for six miles, although it gets disjointed around the East Falls Church Metro. It dead ends in Shirlington and I took the pedestrian overpass that flies over the massive multiple lanes of I-395 and connects to Alexandria. 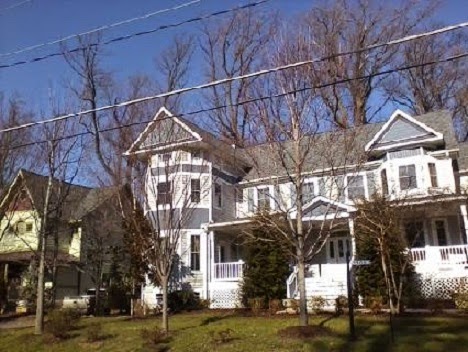 2309 Grove Ave, Falls Church, Va. 4:36PM March 15, 2015.
The numbers on Grove Avenue shift abruptly to lower numbers when you cross into the actual City of Falls Church. This house is really in Fairfax County but nearby is the city line.
*******


The Alexandria portion of my route included Martha Custis Drive, Valley Drive, and Timber Branch Parkway to where it dead ends at Ivy Hill Cemetery, and through the cemetery over to King Street, detouring through the grounds of the Geo. Washington Masonic National Memorial. 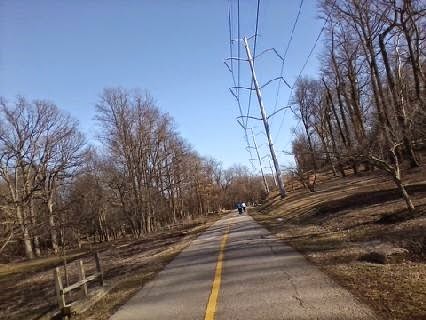 
Following a stop at my favorite albeit overpriced seafood restaurant, The Wharf (after a second failed stop at John Strongbow's Tavern, a place that really has lost its way. The Wharf is where I had such a great time about 7 weeks ago (meeting a young man, Eric Janeczek, whom I discovered during the course of our conversation that I knew as a small child at Trade Winds Beach Club in Sea Bright, New Jersey; I didn't recognize him at first because I only knew him as a small child; he was friends with my 2nd cousin Michael).
I had the same bartender server this time -- Jessica -- and this time talked to a fellow named "Chuck" from New Jersey who works at The Children's Hospital of Philadelphia. I asked him why anyone would call a children's hospital "CHOP". He though that funny but didn't have a specific answer. 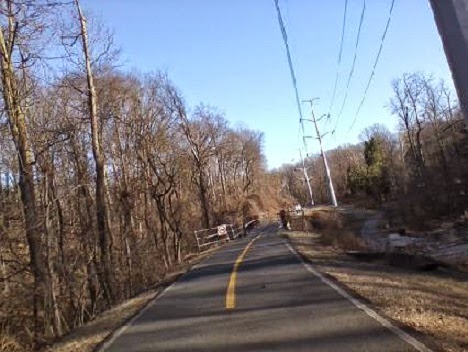 
The last part of my route took me up including up the Mt. Vernon bike trail at dusk through nightfall and darkness by the time I reached the 14th Street Bridge (Geo. Mason span with its fenced off pedestrian / biker path). At one point by the Jefferson Memorial, I had to dismount and literally push my way through two busloads of teenagers all in blue shirts (yes, dreaded tourist season has stated). The bike ride was semi-strenuous wherever there was the slightest elevation because the bike's gears are all screwed up. 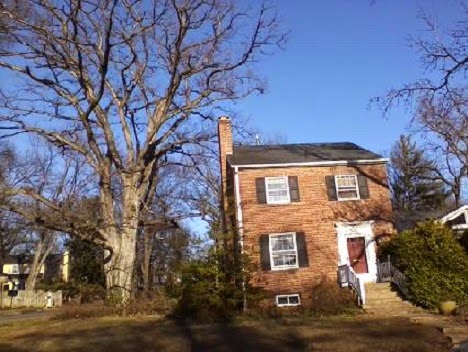 I made it to No. 9, and thence, to Stoney's, where Howie was working. I had a nice chat with No. 9 bartender Andy, and then with Jon Carl. Now I am home and ready for bed. (Actually, it's morning now and I have to get to work.) 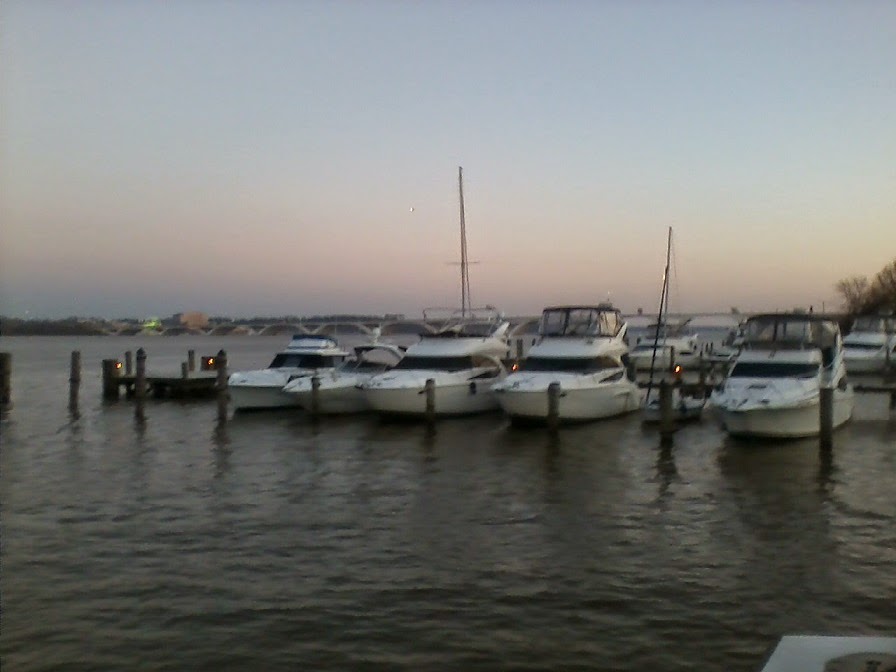 
In the meantime, read this gosh-darn amazing article by the awesome Andrew O'Hehir, except the link and sub-headline don't really do the article any justice (link embedded): Ticking bombs: Iran, the GOP and Israel’s secret plan (for self-destruction).
I would use some dumb-ass sports analogy about "hitting it out of the park," except I hate sports metaphors. 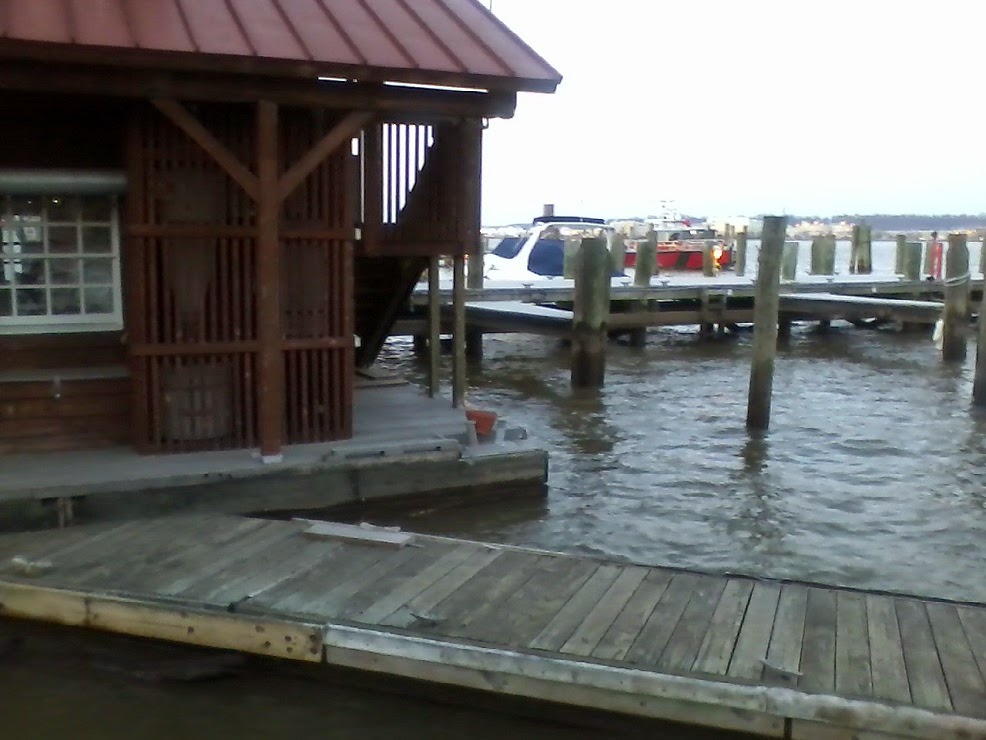 
OK, that's all for now. I'm going to bed as I need to get to work at a decent hour and there is no level of bullshit that will make me not feel better tomorrow.
I'll try to post another blog entry tonight. Of course, I'm multiple blog entries behind where I want to be and will almost certainly never catch up.
--Regulus