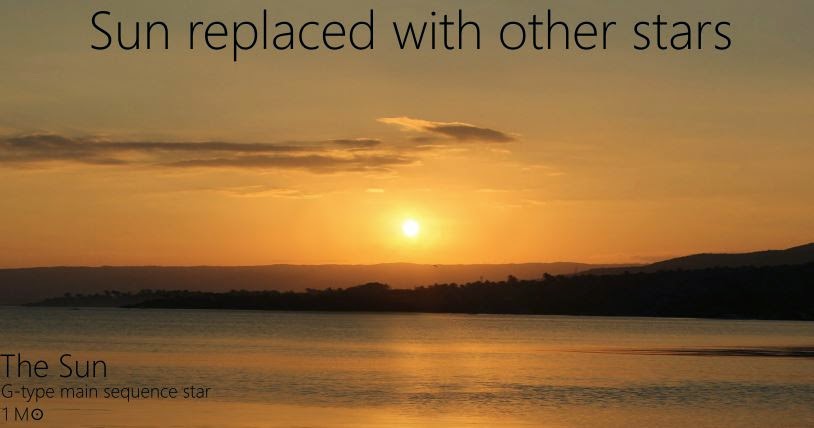 This entry has a brief update of my Friday night and Saturday doings.
The images, though, are taken from a website that I came across via this Business Insider article by the intrepid Jessica Orwig called Halycon Maps run by Martin Vargic featuring all manner of gee whiz maps including the "what if?" sort.

Barnard's Star!
Though only six light years away in the constellation Ophiuchus, it's too dim to be seen with the naked eye in visible light.
*******


The article / entry in question is what would sunset appear as if the Sun were replaced by a series of other stars. The article is here. I have reposted all 11 here almost all in order. Alas, Regulus, the namesake star of this blog, is not among them.

Gliese 581
There is a suspected distinctly Earth-like exosolar planet around Gliese 581 called Gliese 581d that is the subject of an ongoing strenuous, dare I say, borderline uncivil, argument among astronomers about whether or not it exists.
*******


One important point: It's not clear what the sky of an Earth-like planet would actually look like given different color stars since I'm not sure how the Raleigh scattering of atmospheric molecules of N2 and O2 and the trace gases would look given incident light that was not effectively white. Also, these are supposed to be sunset images when the light of whatever sun there is would be going through greater optical depth and even more scattering of various wavelengths of light. Thus, it is inherently problematic.

Tau Ceti in the constellation Cetus, located about 12 light years from Earth.
*******


Needless to say, some of these planets would be totally uninhabitable, especially once you got up to stars the size of Sirius and above (assuming the distance to the star was the same as the Earth-Sun distance). For truly gargantuan supergiant stars such as Antares and Betelgeuse, Earth would be subsumed into the star itself.

The Kepler-35 binary pair 35A and 35B that are also suspected of harboring at least one exosolar planet orbiting at least one of them. Planets orbiting two stars would necessarily have complicated orbits and are called circumbinary planets.
*******


Interspersed with these images, here is a very brief update ...
I was still so torn up from the drinking excesses of the Thursday "snow day" bar-hopping walk-about with Gary that I had very little to drink last night at No. 9. The place was packed and I was twice more or less just pushed out of the way, but I'm not going to go into that -- I was quite angry, especially by the first pair because they weren't drunk, but I said nothing and moved away.

Procyon in the constellation Canis Minor. This is actually Procyon A. It has a white dwarf companion called Procyon B.
*******


I was actually with Chris H2 at No. 9. (Maybe I should just call him Chris E.H. for his initials, not to be confused with Brady's dad, Chris H., whom I unexpectedly saw WITH Brady last Sunday night at Larry's Lounge and had a nice chat with him and visit with Brady. That little one is doing fine.) Anyway, Chris H2 was as hilarious as ever, 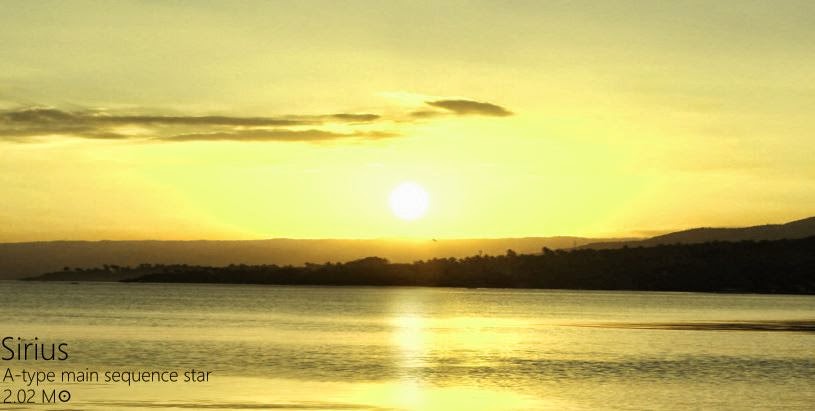 Sirius A, the Dog Star, in the constellation Canis Major ("Greater Dog")
Sirius A is the brightest night star in Earth's sky. The name comes from "searing" or "scorching" because of how it appears to twinkle. It has a faint white dwarf companion, Sirius B that, fortunately for us, keeps overall far enough away to avoid any Type IA supernova detonations that at 8.6 light years would destroy Earth's atmosphere.
I thought Sirius was a touch more bluish-white because of how hot it is. Regardless, for a personal note on Sirius, see below under the picture of Arcturus.
*******


Later, I went with him to Dupont Italian Kitchen, where there was the usual ghastly karaoke, although every so many singers as a good voice -- and the "Glory-hole" substitution for "Gloria" to the person singing Laura Branigan's Gloria was kind of funny. We rode a cab there though it is so close because it was so flippin' cold. However, I was so tired that I had to leave soon thereafter and headed home. 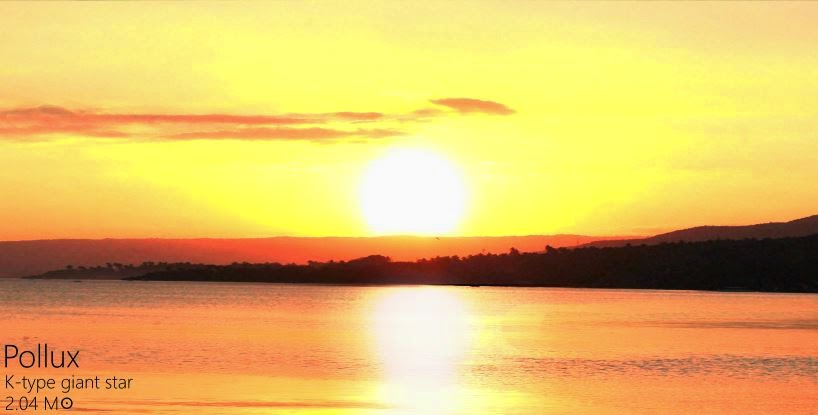 
As for today, I had a good three-part gym workout and then came home and did my laundry. I'm making dinner right now. Tonight is daylight savings time "spring ahead" and so we lose an hour. I hate daylight savings time, it's such a racket sold on such false pretenses. 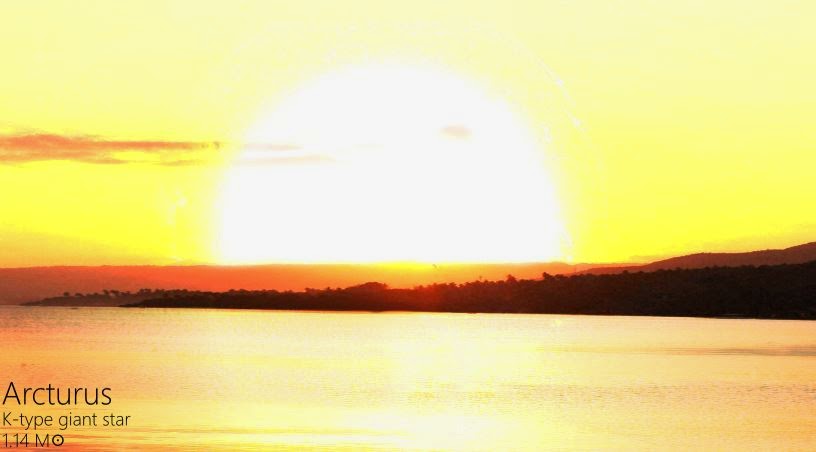 Arcturus in the constellation Boötis.
My first blog was called "Arcturus" and it was prompted by my devotion and affection for someone I called "Mr. Sirius," who no longer exists -- and, it turns out, never actually did. It turns out that radiant star was just some awful, buzzing, super energy inefficient / soon-to-be-phased-out T-12 fluorescent light fixture installed in some office cubicle in some American Suburban Nowhere Office Park.
Somehow I confused the two.
******* 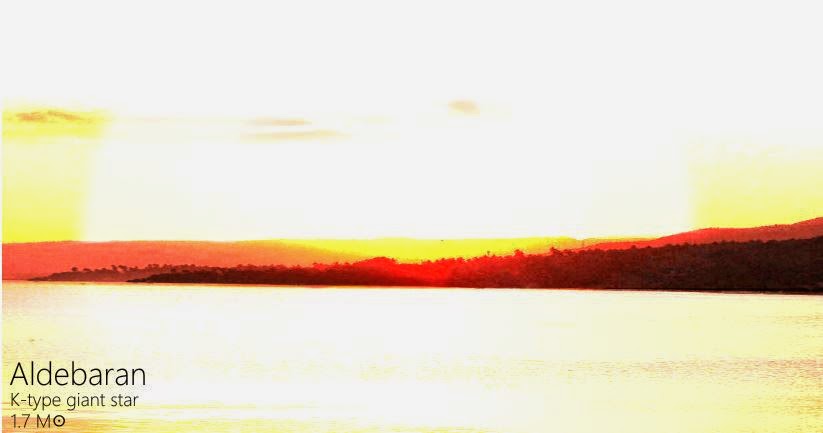 Aldebaran!
The Eye of Taurus. This is a big, bad-ass star.


As for my Saturday night plans (such as they were in the most tentative of fashion), it looks like they have fallen through: Gary was supposed to give me directions to a house party held by some couple, but I haven't heard from him in about 8 hours, and I've no idea what is the situation. Odds are, he told them that he was going to invite me and they put a kibosh on it. This is some couple from Larry's Lounge, so odds are that I've had an argument with them, in particular if it is this duo.


I was going to post a jukebox Saturday night entry even though it is already nearly 11PM, so I think I'm going to skip it tonight, especially given the impending daylight savings time change. Gary called while I was writing this with one plan that subsequently and abruptly changed, so I think I'm just going to do, once again, my own thing tonight. 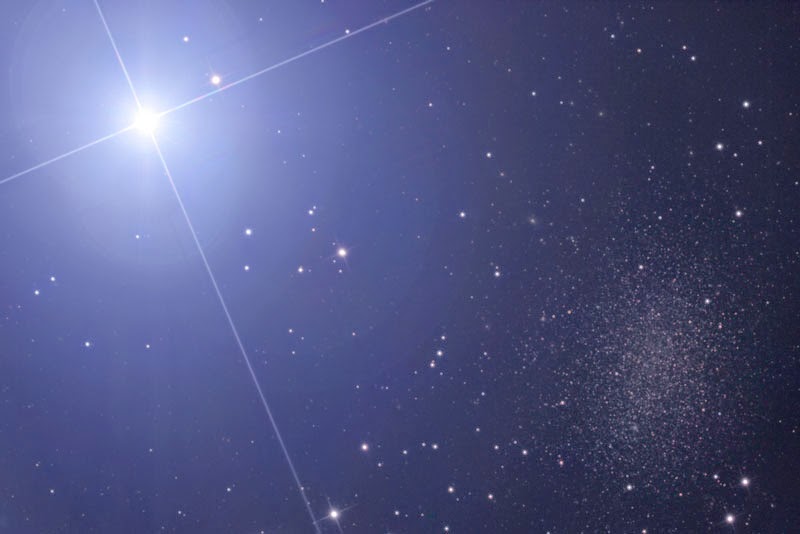