A Stunning New Zealand Photo; Recapping a Day of Recovery; and Some Noteworthy Quotes 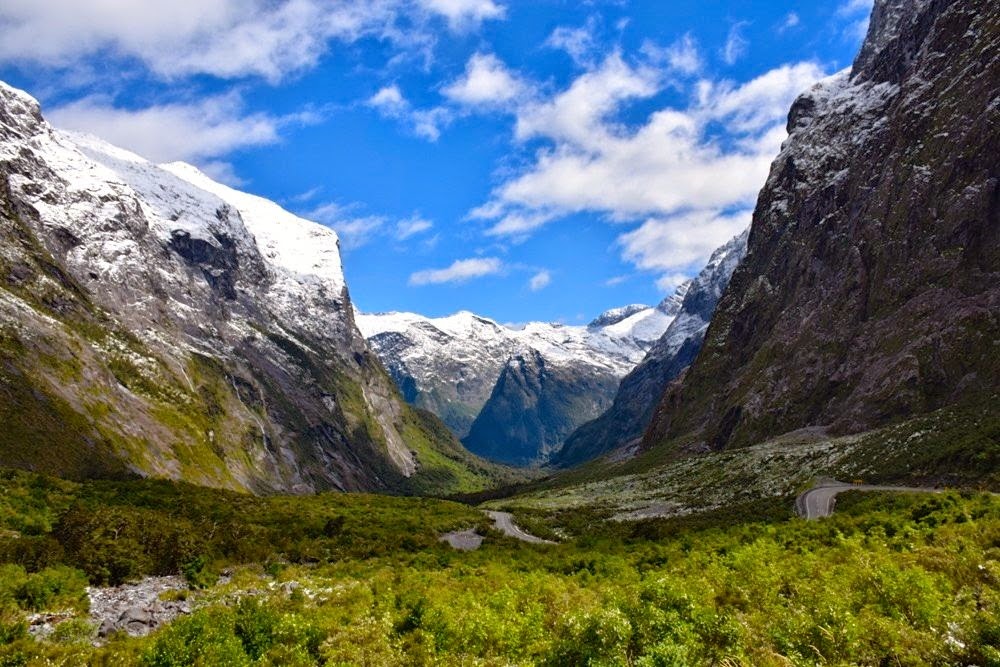 This is a picture that bartender Aaron at No. 9 sent to me -- after I asked him multiple times last night to do so -- that he took earlier this month while on a trek across New Zealand by van with a friend. This picture was taken somewhere in Fiordland National Park on the South Island.
Aaron let me look at his New Zealand trip pics on this phone. I've seen on that phone his pictures from Malaysia, rural Vietnam, Cape Town, remote tropical islands in the Philippines, Jordan's Petra, and Zion in Utah.
I just marvel at his globe-spanning travels.
As for me, I really and truly need to go to New Zealand. My best bet is to go with Gary, and we are talking about doing it in the 2017 or 2018 time frame.
Interestingly, one of Aaron's pictures was along Lake Wakatipu in Queenstown, and it was taken on the same kind of cloudlessly sunny summer day as is featured in the Queenstown segment of the South Island run on the treadmill at the gym.
*******


Today was a day spent recovering from last night's excessive drinking. I made it into work quite late, although OPM had a two-hour delay because of wee hours and early morning light snowfall.
About that snow ... 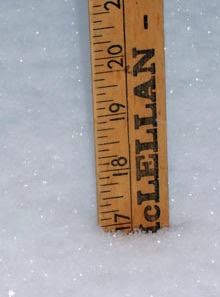 Amazingly, KDCA had 2.2 inches; even more amazingly, that surpassed both the KBWI and KIAD totals of 1.5 inches and 2.1 inches, respectively. Another shocker is that KDCA is only 0.4 inches below its problematic current 30-year "normal" season-to-date at 13.4 inches. KDCA's complete season total for the current 30-year base period (1981 - 2010) is 15.4 inches.


I suspect we are unlikely to get a large enough area-wide snow that would accumulate the necessary 2.0 inches on the KDCA snowboard. That would have to be an area-wide snow event in the 4 to 6 inch range given KDCA's chronic and systematic low numbers.
Both KBWI and KIAD are already above their full seasonal 30-year normal of 20.1 inches and 22.0 inches, respectively, with 21.0 inches and 26.4 inches, respectively, having fallen though Feb. 26th.
Of note, KBOS had another 0.2 inches of snow today, pushing its seasonal total to 102.0 inches or just 5.6 inches shy of the all-time record of 107.6 inches. Unlike in D.C. with its epically snow-lousy National Airport climate station, getting another 5.6 inches officially at the airport is nothing up there. See my previous entry for a discussion of just how phenomenal has been the Boston area's snow total this winter, in particular, the last 30 days. 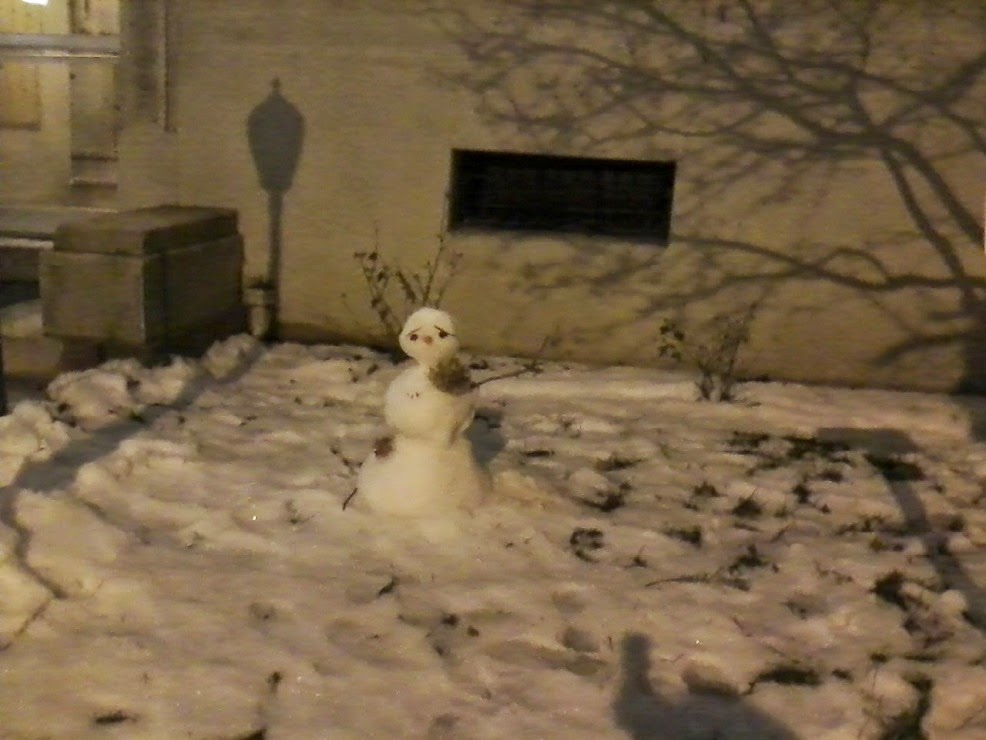 
Anyway, I felt so terrible around 2PM that I very nearly went home. However, I plodded through the day, and earlier tonight, I went to the gym for what is the third time since Monday (skipping only last night). I got in my 6 mile / 60 minute jog plus 5 to 6 minute cool-down but the weightlifting was mediocre. On Tuesday, it was reverse -- limited jogging and a quite good, even borderline strenuous weightlifting (which I actually did before the jog). I also again went into the swimming pool for about 15 minutes.
The gym (Anthony Bowen YMCA) was crowded on Monday and packed on Tuesday, less so tonight.
As for the horrible music issue from December into last month, it abruptly went away early this month and mostly it has not been a problem at all (on a number of occasions, there simply has been no music at all) although tonight there was some loud and semi-annoying songs (again, likely due to the same personal trainer). Nevertheless, that garbage "SHREDZ work out mix" of house industrial sound torture appears at least for now to have disappeared.
My next planned gym visit is on Saturday afternoon. 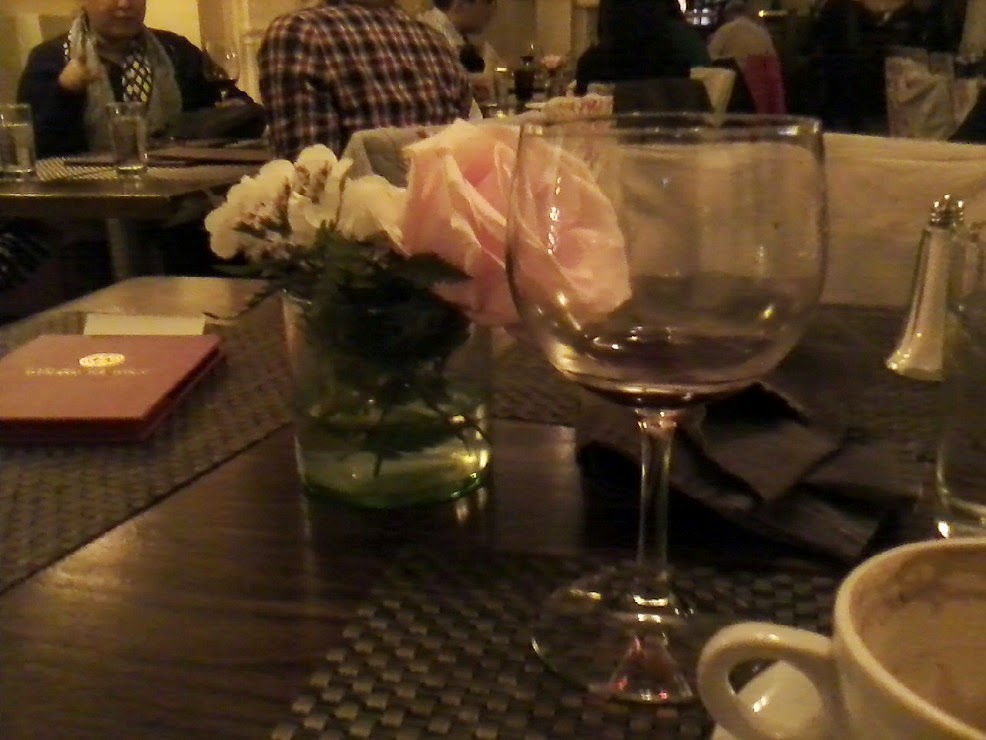 An empty glass of wine and a pink rose at the table at Darlington House, Washington, D.C., 7:49PM February 22, 2015.
Wendy and I had dinner there on Sunday night. The place was pricier than I anticipated (I was thinking of the downstairs bar), but the atmosphere and experience were enough that it was worth going, and I would go again.
*******


Of note, I spent NO MONEY today, and because I counted an extra 4 pennies at the end of the day that I must have missed this morning, I actually had a 4 cent "negative" expenditure -- i.e., a gain. I haven't had a zero money day, notionally, since the trip to New Jersey in January 2013 for my late great aunt Babe's 100th birthday party, and in that case, it was because my crazy dad gave me a bunch of cash at the restaurant in the Atlantic Highlands. (Yes, I accepted it.)
Today, I simply spent no money.
However, and I didn't mention this in my previous entry, I lost a significant amount of money last night (not sure where). I lost anywhere from $60 to $80 in cash. Today, though, I didn't buy lunch but instead brought some food (a cooked, cold pork chop, some cheese, some Campbell's Chunky chicken noodle soup, a banana, and lightly flavored Vintage Seltzer water), and I had enough food at home to skip shopping. As for my Metro fare to and from work (via L'Enfant Plaza and U Street / Cardozo), I just used my SmarTrip card, and there was no need to add money.
OK, I think that's all for now. There are so many links I want to post -- Paul Krugman, and Jonathan Chait, plus others including this awesome Andrew O'Hehir one -- but, again, it'll just have to wait. I really need to get to sleep now.
I do have to quote this line from Chait's funny piece on Lawrence Kudlow: "The interesting thing about Kudlow’s continuing influence over conservative thought is that he has elevated flamboyant wrongness to a kind of performance art."
Ha ha


Oh, yes, while I'm quoting things, let me just post the following that I overheard while walking home tonight from the gym:
Young grungy Millennial couple walking past W Street at the New Hampshire Ave. to Florida Ave. transition point:
Guy: "You really wanted to start a fight just because I called you a BITCH??"
Girl: "YES!"

Guy throws his arms up in disbelief.


My next update likely will not be until Saturday.
--Regulus
Posted by Regulus at 12:44 AM