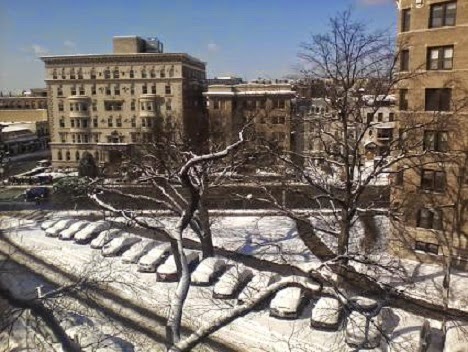 The (to my regular readers) familiar view from my 5th floor Hampton Courts apartment following looking onto New Hampshire Avenue and 16th Street NW, 10:56AM February 17, 2015.
This followed the modest snow event last night. You can already tell that the Sun angle is getting higher in the sky as we climb toward spring.
*******


The snow event is over and it was mostly underwhelming but still noteworthy in a winter where it has had such a hard time snowing in the District of Columbia itself.
Nevertheless, the Federal Gov't is closed today in the D.C. area as are most of the jurisdictional school systems. The amount of snow (see below) doesn't quite justify all of these closures but this IS the D.C. area wherein any snow is instantly disruptive and paralyzing. 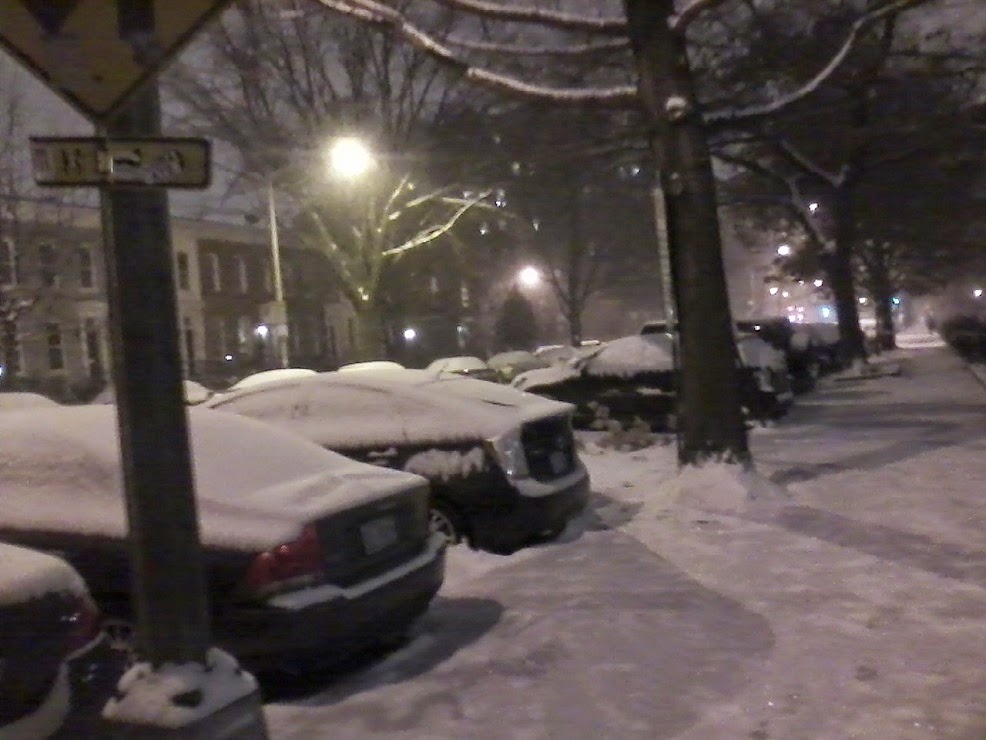 
Last night, I went to Jamie and Jenny's place near here. Jamie and his friends played that card game "Magic" and then a Dungeons & Dragons game broke. Meanwhile, Jenny cooked a nice dinner for everybody. 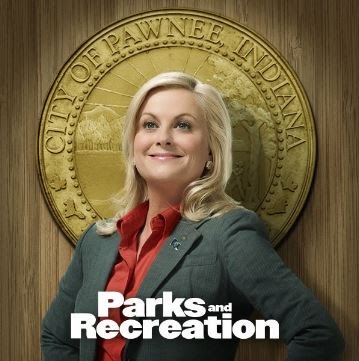 Thereafter, as the games continued, Jenny and I watched a hilarious episode of Parks and Recreation. This one guest starred Sean Hayes as a narcissistic reporter interviewing Amy Poehler's character at the fictitious Pawnee Municipal Airport in the "Indiana-sphere".


I never actually watched Parks and Recreation. We also watched two episodes of The Golden Girls and had some Zinfandel and red wine. (Recall that I've not had cable (or any) TV in my apartment since November.)
Her two cats -- Bucket and Lucky -- are quite interesting. Lucky behaves more like an affectionate small dog than a cat. Oh, and the cat's name "Lucky" is very appropriate given the harrowing circumstances in the Arizona desert that could / should have killed him but thankfully did not by which Jenny found him.
So the snow totals were a bit underwhelming as the heavy axis of precipitation never set up over the immediate D.C. or Baltimore areas. However, this was one of those really odd times when of the three regional NWS climate stations, National Airport (KDCA) had the most. (For whatever reason, the Maryland Science Center (KDMH) does not report snow totals.)
Preliminarily, here is what Sterling is reporting as storm totals: 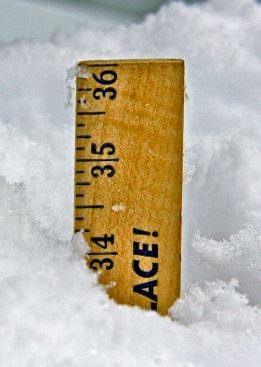 There were higher totals in southern Maryland owing to the track of the low with as much as 8.1 inches reported in one spot in St. Mary's County and there was an 8.3 inch total in Spotsylvania County, Va.


Of note, there were 9 to 12 inch snow totals in parts of southwestern Virginia and southern West Virginia. 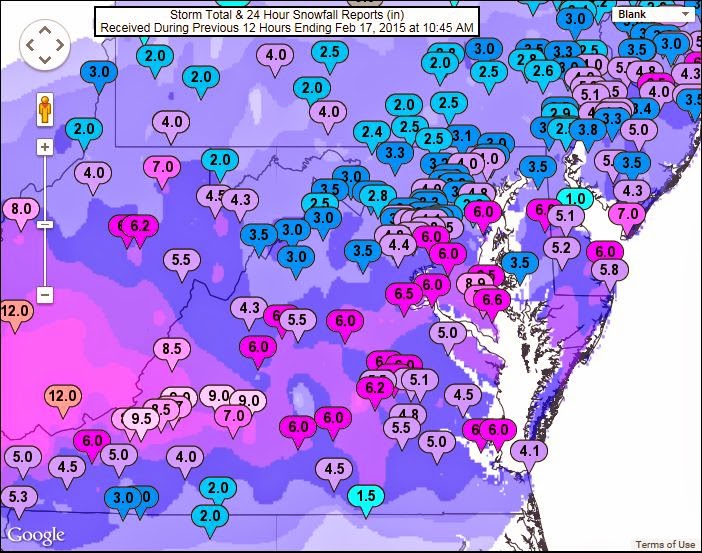 A screenshot of the interactive snow total map from the NWS Eastern Region HQ "weather event display" webpage centered on the Sterling (LWX) region. (I'm not sure how long that particular link is valid.)
*******


Parts of New Jersey also had 4 to 7 inches of snow, in particular the southern half including (in one report) Cape May itself. Oh, and for once, the Boston area had no snow. (KBOS is at 95.7 inches for the year and may very well surpass the 107.6 inch all-time record set in the winter of 1995-1996 given that there is at least another month in which it can readily snow there). 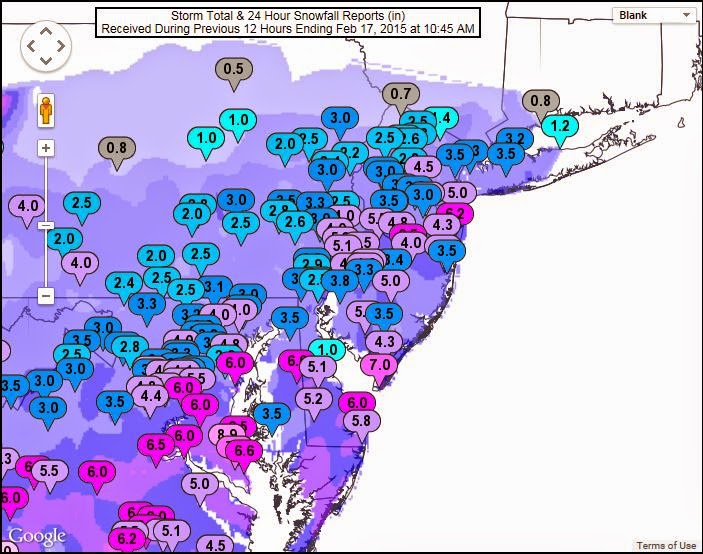 A screenshot of the interactive snow total map from the NWS Eastern Region HQ "weather event display" webpage centered on the Mount Holly (PHI) region. (Again, I'm not sure how long that particular link is valid.)
*******


Looking ahead, bitterly cold temps are forecasted for the region by tomorrow night into the weekend. Sterling still has a Friday morning low of -1F at KDCA. Any 0F or lower reading there would be the first such reading since January 1994. 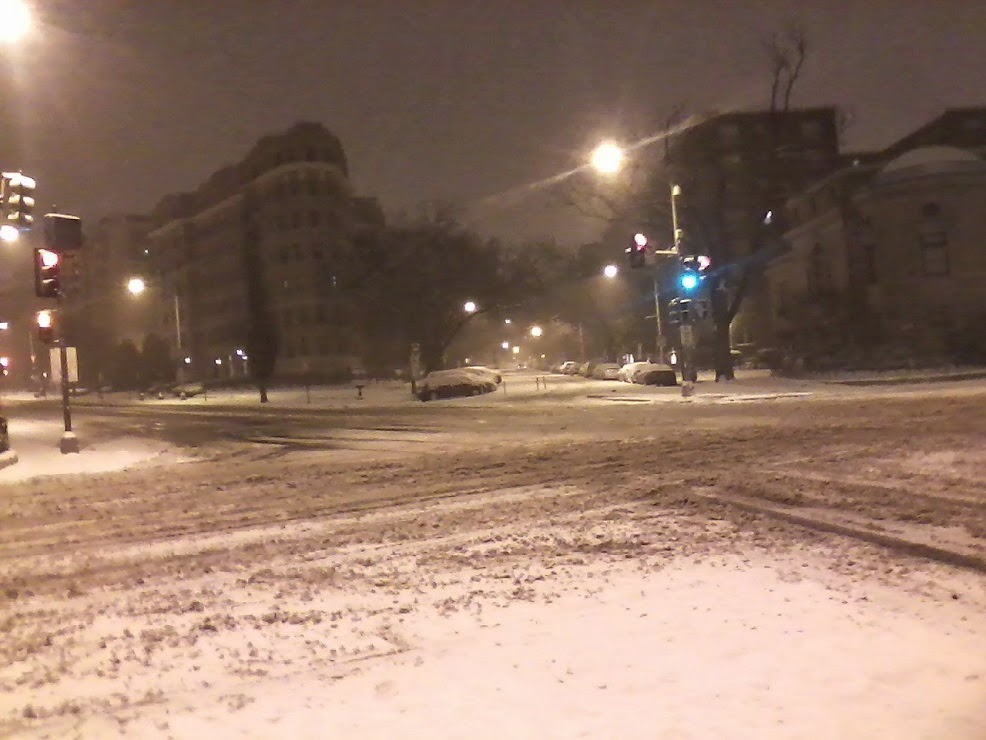 The unusually empty intersection of 16th and U Streets and New Hampshire Avenue on a snowy night, Washington, D.C., 12:39AM February 17, 2015.
The 2000 block of New Hampshire Avenue (stretching away into the distance from the vantage point of this picture) is where my building is located (right side).
*******


I'm worried about a few things including if my upcoming paycheck (scheduled for Friday) will be on time but I'll tackle that issue tomorrow. As for this afternoon, I simply cannot stay in my apartment all day. I'm going to get ready and leave and take the computer with me and set up shop somewhere. I might go to Chads in Friendship Heights.
OK, that's all for now. I might update the blog tonight. There is a Krugman and a Chait piece I want to post or at least to excerpt.
--Regulus