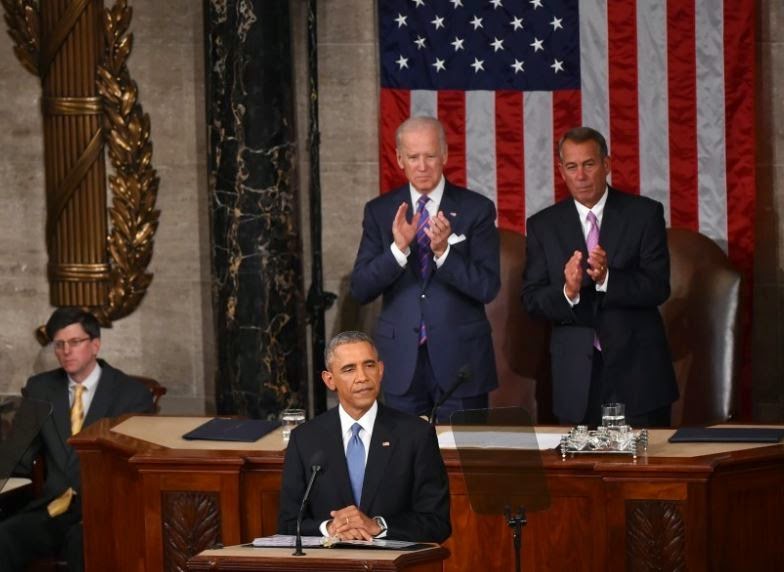 
The last four days have -- if I might borrow a line that M. WADE Tipamillyun, His Tip-ship of Tidewater and Dandy-Lion of Dinwiddie, used years ago on one of his now-defunct blogs -- "blown chunks." 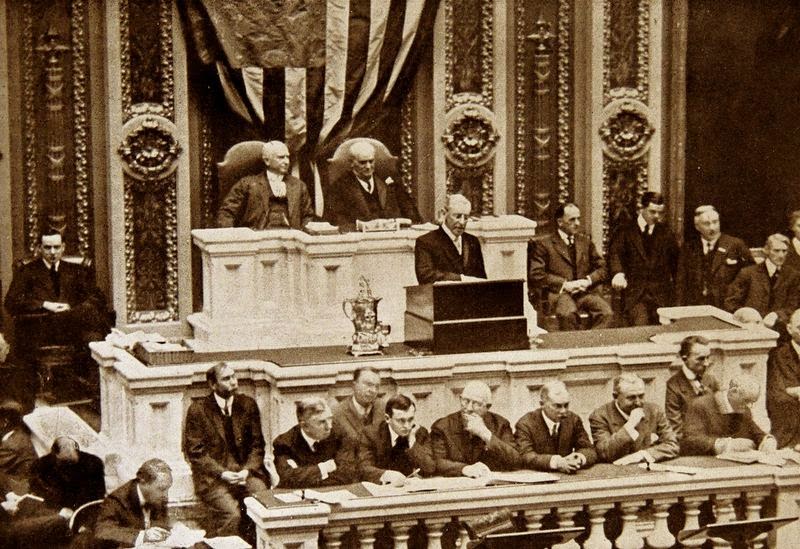 Pretty much everything went wrong with severe work-related anxiety (see below), and I only exacerbated it with my "weekend schedule" that extended through four days of going out and drinking, which undid most, or all, of the good by going to the gym on Saturday and Monday (yesterday). 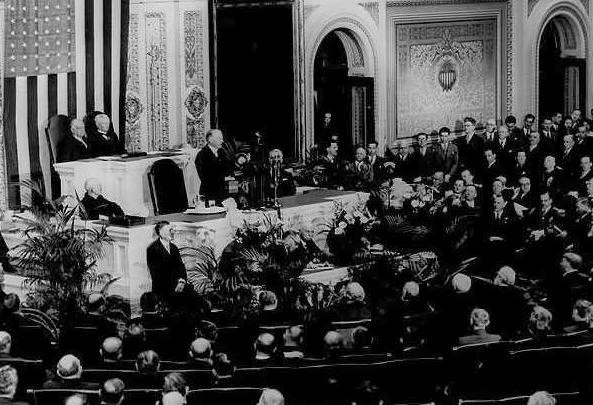 Furthermore, I say this even though I had a really nice time with MM on Sunday night and then with Nick last night. Both nights involved meeting for a drink and then dinner. Last night, I went with Nick to Thai Tanic on 14th Street, one of the trio of Thai restaurants just above Thomas Circle.
Thai Tanic. Ha ha. Get it? It is located below the second-floor located Tsunami, which may or may not be associated with it. 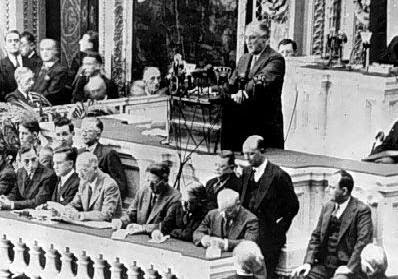 The other place -- where I had intended to go -- is Teak Wood, situated directly below the Crew Club and in space once occupied by the fake gym that the latter used to maintain. However, the place nixed its regular Monday - Thursday happy hour deal because of the MLK holiday.
This really annoyed me -- so much so that I promptly departed. I hate when places do that kind of maneuver, somehow trying to cash in on a holiday. I get why some places do it and certainly on the major holidays, but a yuppie Thai place on Martin Luther King's birthday observance?
As it is, Teak Wood was able to celebrate MLK's birthday and memory in its special way by losing about $50 in business between the two of us including tip. 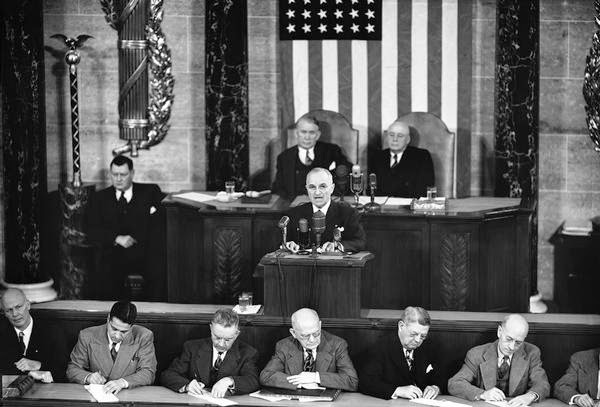 Anyway, Nick and I went to Thai Tanic and then to No. 9 for a bit. I then went to Larry's Lounge and ended up going to Lauriol Plaza with Dave around 10PM for a late night snack, which entailed a basket of greasy tortilla chips and whatever that picante sauce it uses and half the three-taco platter he got plus a syrupy sweet glass of sangria.

This meal followed my dinner at Thai Tanic where I had my usual Thai restaurant dish of mixed vegetables and either chicken or beef (this time the former) plus some of Nick's dinner and a semi-sugary vodka drink. I also had two drinks at No. 9 and one at Larry's Lounge. 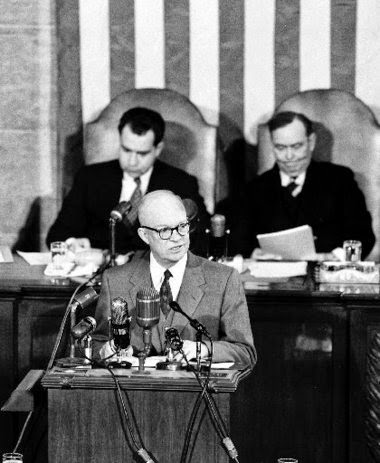 So as you can see, it was all-around eating less-than-optimally healthy foods and far too much drinking, all of which negated most, if not all, of the gain from my Saturday and Monday gym visits.
Today started out as bad with some genuine work dread I had now that I am doing press release work for "Q" -- the designation I am using for the head of the parent company that includes the one for which I work as a Federal contractor (with limited billable tasks at this point, always a dangerous situation). 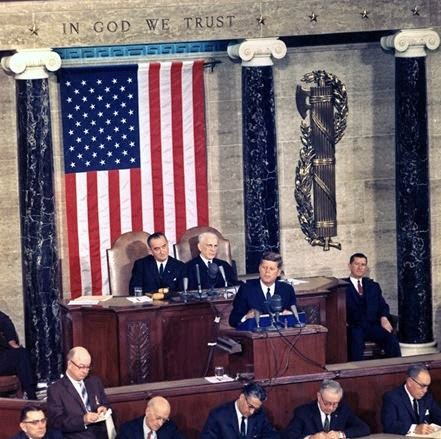 However, things improved by late morning, although part of this improvement required that I watch the State of the Union address tonight -- my preference was just to avoid it like I avoid so many things these days -- in order to hear if President Obama would say anything on a particular topic (he did and I'm actually glad I watched his speech as it was a rather confident that wasn't all apologetic to the GOP).
I should note that because I presently lack any cable TV at home and haven't figured out how to set up the digital antenna, I had to watch the speech online. Specifically, I watched it on the Whitehouse.gov site, which didn't have any of the grandiose imagery featured on various televised cable news channels and online newspaper sites, but it also mercifully lacked all the braying political commentary by a never-ending roster of endlessly annoying pundits. 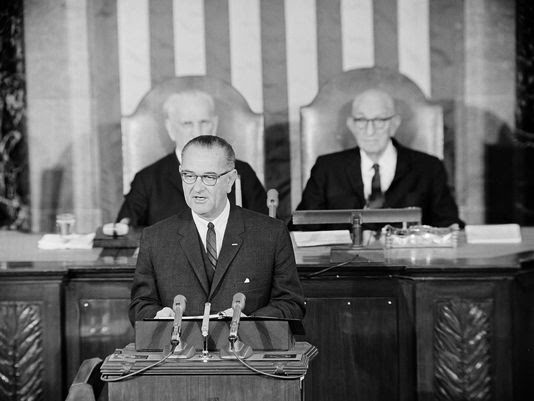 I'll also look for the summary document once it is made publicly available. The media already have access to this document ahead of time. I know this from my early 2001 wire service experience when I covered Bush's initial "budget address" to Congress. (To be clear, a president's very first speech to Congress is known as this rather than a State of the Union address.) This was shortly the November 2000 "Scalia 5" Supreme Court coup that gave us Bush, much to the delight of Fred Hiatt and his Washington Consensus Crowd, not to mention the little shrieking Mushroom Creature Antonin Scalia itself. 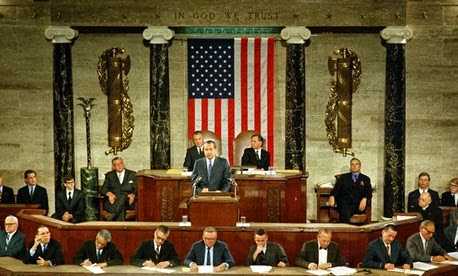 That speech was in February 2001, and I was actually in the House press gallery that night less than 12 feet from him (up and to his left). I could see the words on his teleprompter -- including the sections he simply skipped over.
That was kind of neat.

What was really annoying were all those shitty "Blue Dog" Democrats -- now all politically extinct -- who, though on the Democratic side of the House chamber -- couldn't leap to their feet and applause fast enough every time he said something stupid. Most of them, I gather, are now safely ensconced in this or that high-paying lobbying gig. 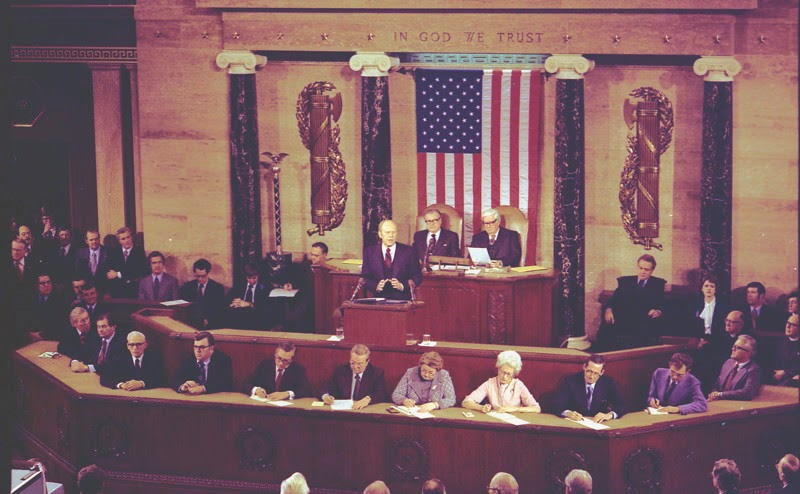 As for President Obama, his fortunes seem to be rising in the past month or two for whatever combination of economically deterministic and, dare I say, political reasons (openly embracing progressive ideas). At the very least, all the rightwing rage of 2009 and 2010 has definitely ebbed, at least for now. 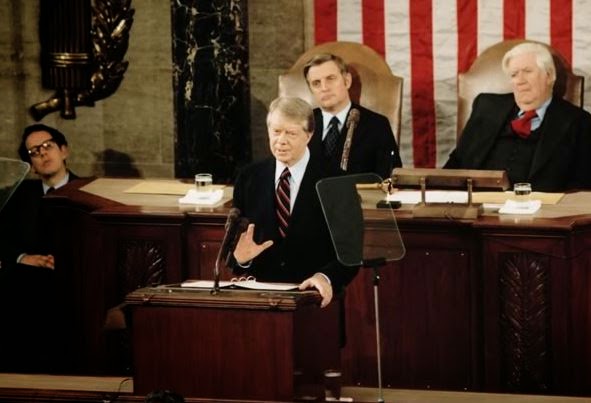 Anyway, I left work early today, as I just wasn't feeling right and came home by 3PM-ish. Nevertheless, I went to my Anthony Bowen YMCA gym -- well before the usual after-work rush -- and had a really good three-part workout: 6.5 mile treadmill jog, hour of light-to-moderate weightlifting, and half hour swim in the pool. (I'm going to try to go again on Thursday since my planned New Jersey trip nixes my usual Saturday visit.) 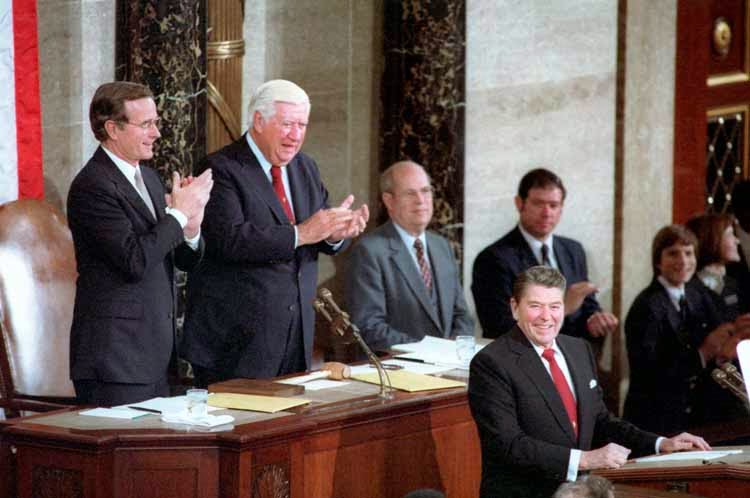 I got home by 7:10PM-ish and called my mom to talk about this weekend's planned New Jersey trip for Aunt Babe's funeral, interment, and repast. I'll have more to say on that in a subsequent entry, especially given the possible weather for Saturday. 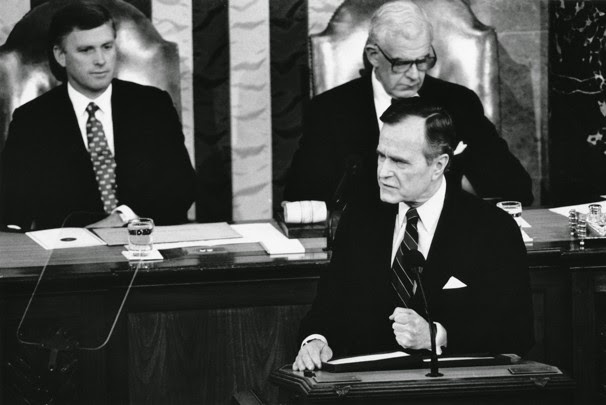 I did a load of laundry if only to get rid of the smell from Lauriol Plaza last night and then watched the "SoTU" in order to write a revised press release. It is a corporate type press release that goes out on one of the business PR wires, not the kind of science-themed press releases and informative "primers" that I used to write. 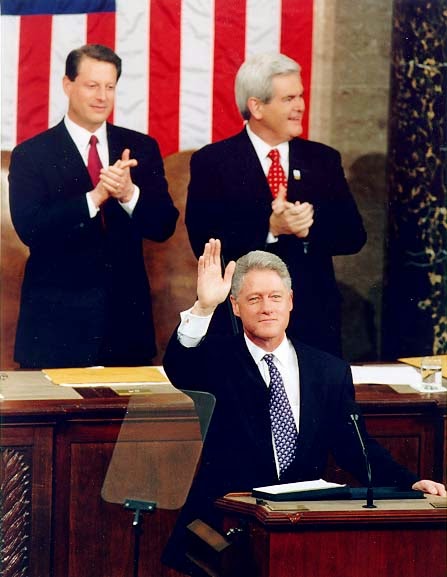 This shitty hair dye job I gave myself using a box of Just for Idiotic & Vain Men is quickly fading, though I still need to get a haircut, which requires that I wait a couple more weeks.
There is a winter weather advisory out for the District and its northern and western suburbs and also northeastward into the Baltimore area for tomorrow as a clipper system offers the opportunity for 1 to 2 inches of snow. However, temperatures will be marginal, which makes the whole event questionable. 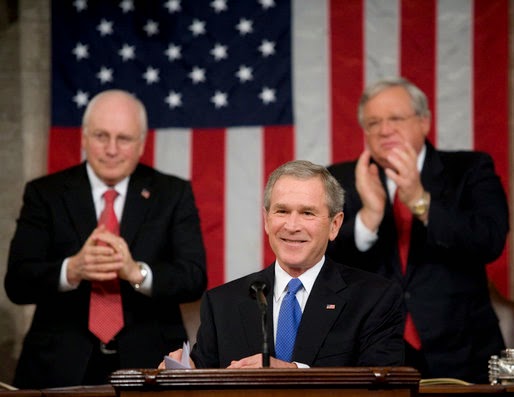 The Saturday event looks to be significant -- except with little really cold air around, it will most likely be a rain / snow mix for most of it. (There is a chance this could alter my New Jersey weekend plans given how risk-averse is my mom to driving in any bad weather.) Thereafter, next Tuesday offers a more promising chance of accumulating snowfall, although that is still a week away and subject to endless model iterations and revisions that could easily take it to the vanishing point. 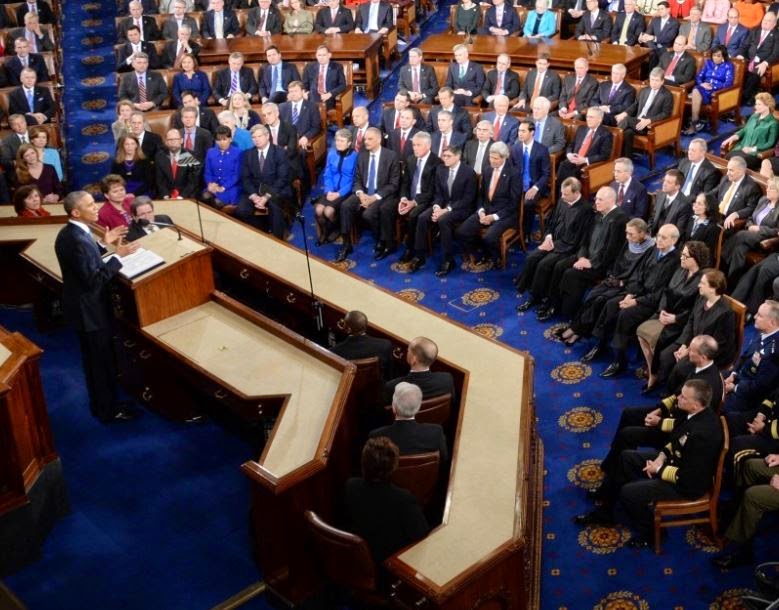 As it is, we've only got about another month in which it can really snow here if only because the Sun is getting steadily higher in the sky this time of year. True, snowstorms have happened in March, but those tended to be in the past or distant past when the climate was a bit colder.
OK, that's all for now. I need to do a bit of revised press release writing and be in bed by about 12:30AM (esp. since we're having another one of the building water shut-offs tomorrow morning, specifically this time, the hot water). I'll try to update the blog tomorrow night.
--Regulus