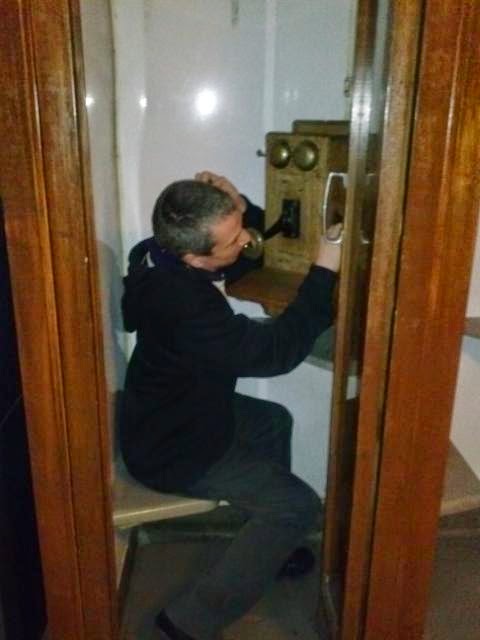 Yours truly, Richard Todaro, in an ancient telephone phone booth set up in the lobby of the genuinely old and ornate Hotel Lafayette in downtown Buffalo, N.Y., December 28, 2014.
I honestly have no idea when that type of phone was in use -- I'm assuming in the mid 1930s but I could be wrong. I suppose I should have captioned it, "Operator, could you get me Butterfield 8 ..."
*******


I'm home on this Friday night doing my laundry and setting up the new nest, er, bed on the floor that I have thanks to the new comforter I bought at the always-chaotic Target in Columbia Heights this evening after work. (I also bought another four-pack of boxer briefs.) I was able to get rid of the old, severely worn comforter. This is the second new comforter I bought and everything is there in the corner where I sleep.
Right now, I'm waiting for the pillow sheets to dry in the dryer to make the "bed" back up. All my stuffed animals including my pod ... bloat ... of plush hippos (among them Flippo) ... are just sitting there waiting for the "tide" of blankets / comforter quilts to come back in and cover them up.
I walked from the Columbia Heights Target back to my apartment down 16th Street. It's a cold but mostly still and very dry night. The 8PM KDCA conditions show it is 32F with a dew point of 10F under clear skies with a northwesterly breeze put at 14MPH and gusting to 20MPH, although it really doesn't feel that breezy here in the District proper. 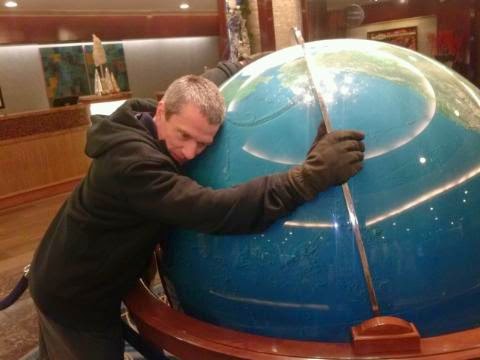 
There really is no "weather" coming for at least the next week. The "freezing rain / wintry mix" shown for Sunday night into Monday is mostly bullshit for D.C. proper -- the 32F surface isotherm and 925-mb and 850-mb 0C surfaces can't get move north and west of here fast enough.
Besides, not having any old and dirty snow, messy slush, and ice does make it easier to gad about. And to be clear, I don't want an ice storm, just a few significant snow events over the course of the whole winter. At this point, I'm not optimistic on a major snowfall for D.C. proper this winter.
As it is, we've really only got about 6 weeks left during which climatologically it can easily happen and two months in which it can strain to happen. 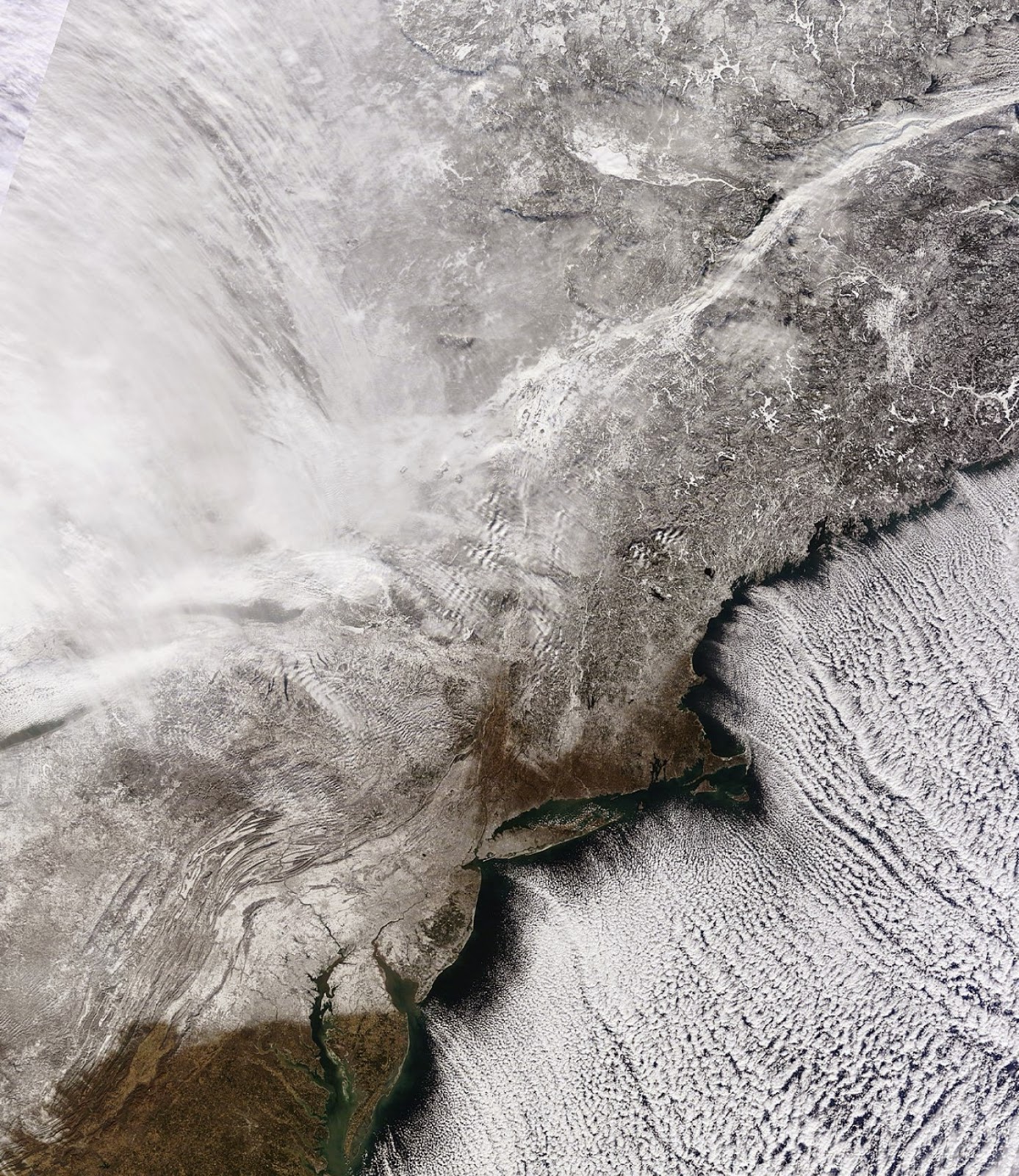 NASA Terra satellite image of the mid-Atlantic and New England and adjacent Atlantic Ocean taken on January 8, 2015 that nicely captures the snowfall (with the immediate D.C. area just inside the southern edge of it).
*******


My work day was fine. Last night, I met Andrea at Tsunami -- another Thai place on 14th Street near Thomas Circle, this one just across the street from the Crew Club Teak Wood that was pointed out to me by Chris H.

Speaking of Chris H., he also joined us at Tsunami, and that part of the night was nice. However, he and I went to No. 9 thereafter and had another argument, although this time it was my fault as I misunderstood something he said. I've texted an apology but there has been no reply.
Sigh.


Tomorrow is a planned gym afternoon.
For tonight, I'm meeting Gary at Larry's Lounge and the big idea is to try to do something different -- such as, perhaps, go to Bethesda or even Friendship Heights and drink there rather than the usual places around Dupont Circle or P Street.
I intend to post a jukebox Saturday night entry along with those remaining Buffalo trip pictures over the weekend. Two of the images in this entry are in that picture set. I posted them if only because I don't have any other ones to post -- and to prove they actually exist.
--Regulus
Posted by Regulus at 8:47 PM